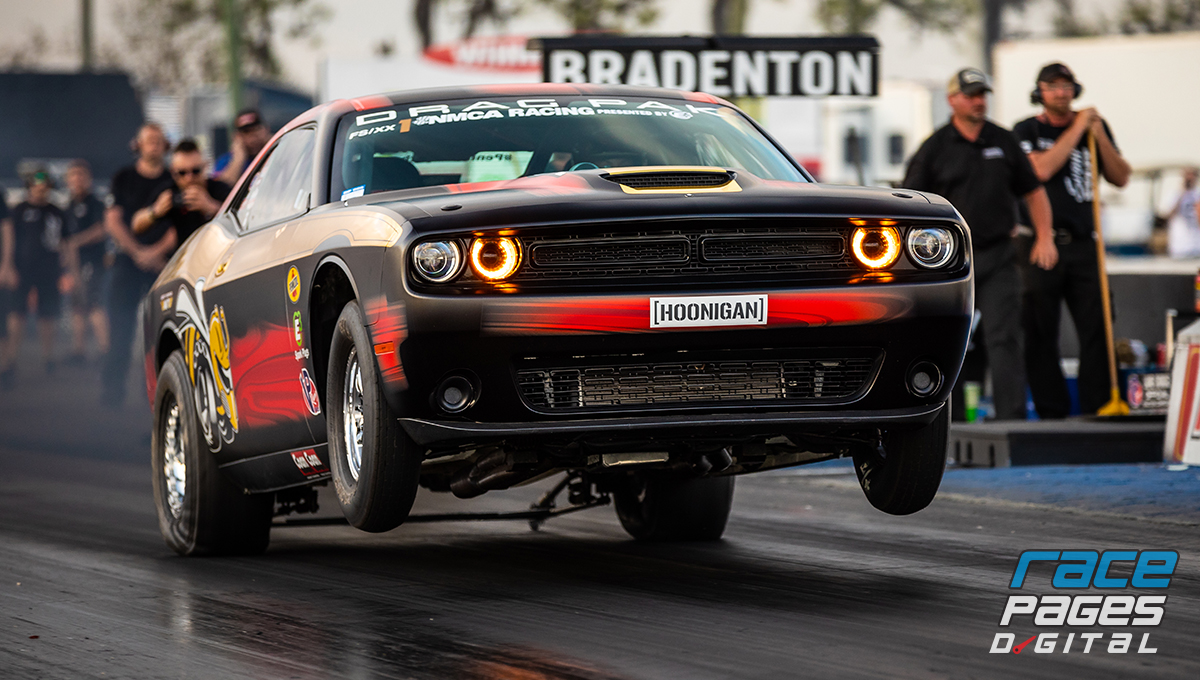 There is no denying that one of the hardest working drivers in the NHRA pro ranks is Leah Pritchett. From the grassroots Sportsman ranks as a kid to Pro Mod and Nostalgia Funny Car racing as a young adult, she is currently a hired gun to drive a Top Fuel dragster out of the Don Schumacher Racing camp. When we caught up with her, she was hot off a runner-up finish during the NHRA Arizona Nationals at Wild Horse Motorsports Park (Phoenix, AZ), which is the second stop on the NHRA Mello Yello national event series tour. Last month she worked with the wildly popular Hoonigan group to design a couple of new looks for 2019 and the fans got to decide which appearance package would adorn her Challenger SRT Drag Pak for 2019. The first public appearance of the Hoonigan-designed Challenger SRT Drag Pak was during the season-opening NMCA Muscle Car Mayhem event at Bradenton Motorsports Park. She qualified with a 7.93 at 172 mph, placing her tenth in the quickest and fastest Factory Super Car field of all-time. She pushed her Dodge through three rounds of eliminations before falling to former IHRA Pro Stock champion and master engine builder Chris Holbrook in the quarterfinals. Race Pages Digital's Steve Baur chatted with Pritchett in the pits where they talked about her drag racing adventures and her relationship with E3 Spark Plugs. Last year, Pritchett had a successful season competing with a Dodge Challenger SRT Drag Pak and she captured the NHRA SAM Tech Factory Showdown championship and had a couple of respectful showings during NMCA Holley EFI Factory Super Car events.
Dodge // Mopar
,
Dodge Challenger SRT Drag Pak
,
Don Schumacher Racing
,
E3 Spark Plugs
,
Factory Super cars
,
Holley EFI
,
Hoonigan
,
Leah Pritchett
,
NHRA Top Fuel
,
NMCA Muscle Car Mayhem