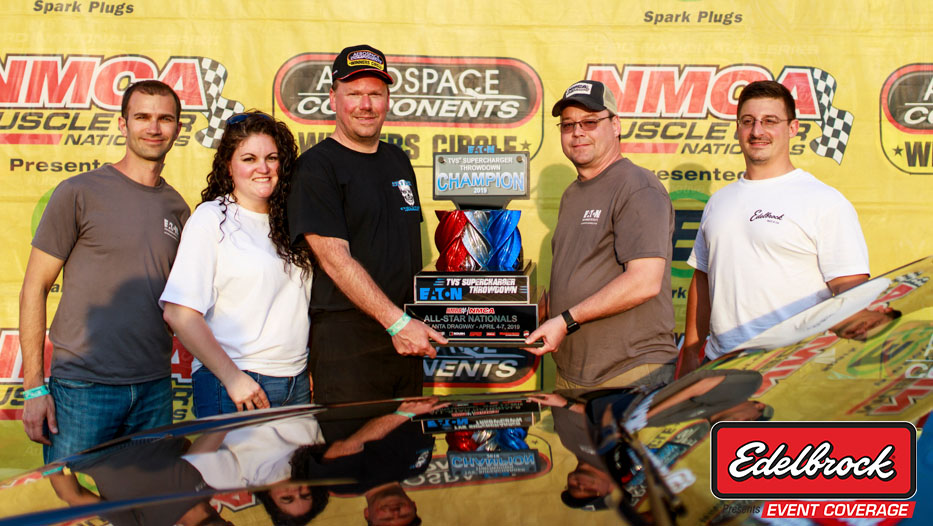 Celebrating its 11th year, the annual Scoggin-Dickey Parts Center NMRA/NMCA All-Star Nationals Presented by MAHLE Motorsport traditionally held at Atlanta Dragway in Commerce, Georgia, faced a challenging weather forecast, but the staff rose to the occasion and was welcomed by thousands of fans who came to see the World's Fastest Street Cars rip up the 1320. The All-Star race features special one-off shootouts not found at any other NMRA or NMCA race, as the dual event takes advantage of the combined series and pits racers from each against each other for bragging rights and prizes in the Aerospace Components Winner's Circle. A tradition in its own right and a major part of every NMCA event is the presentation of the Victor award and prize money to each class winner in the Aerospace Components Winner's Circle. We would like to congratulate all of the event winners who fought their way to the Aerospace Components Winner's Circle, and extend our appreciation for the support of all the racers and fans who came to the All-Star Nationals, or followed the action online courtesy of the SpeedVideo.com livestream. The NMCA muscle car racing action resumes when the NMCA Drag Racing series presented by E3 Spark Plugs returns to the birthplace of the NMCA at Memphis International Raceway in May. The Chevrolet Performance Challenge Series meets for its second event in the series in Memphis as well, with the legendary LSX Shootout also returning to where it first kicked off the LS racing movement over a decade ago. [envira-gallery id="13586"]