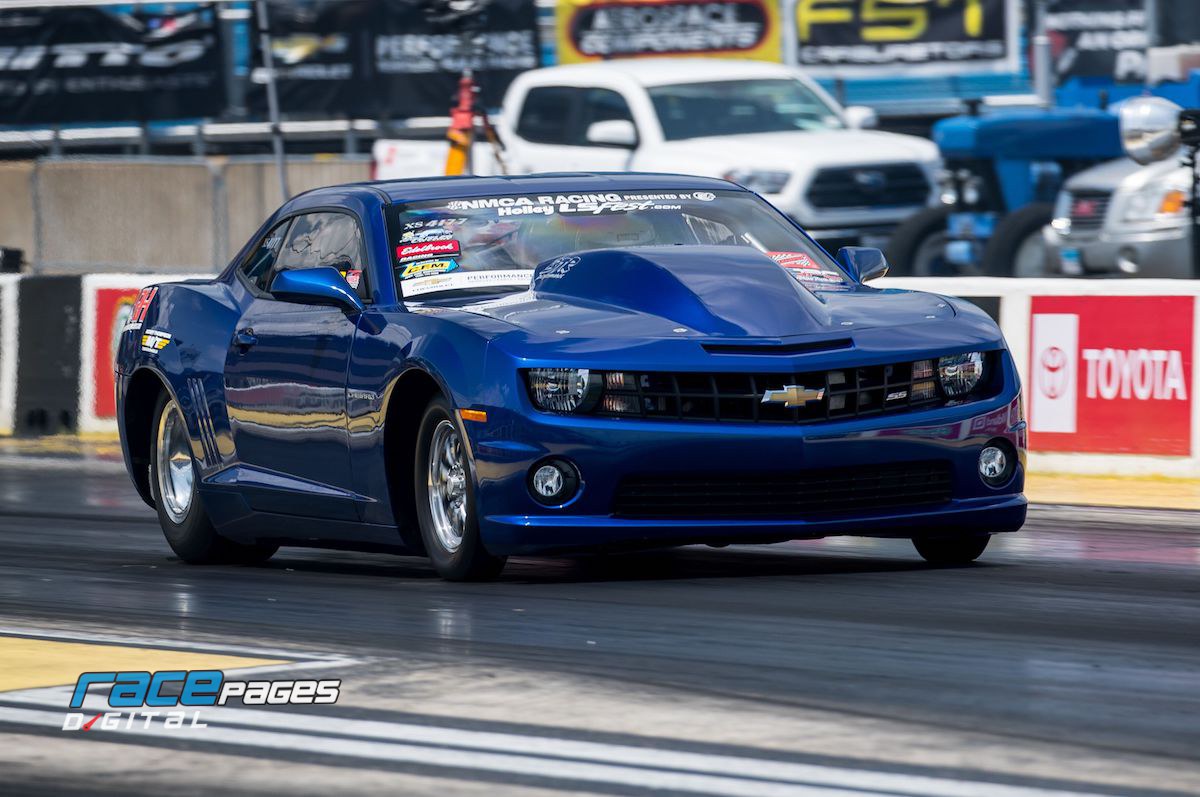 By Mary Lendzion With a mix of skill and sheer determination, Bill Trovato has had his fair share of success in NMCA Edelbrock Xtreme Street in the past thirteen years. First it was in his Starfire, and since 2013, it has been in his Camaro, which is powered by a 440 cubic-inch LS engine on a cast aluminum Dart block which he built at his shop, BTR Performance in New York, and topped with Chevrolet Performance LSX-LS7 heads, a Mast Motorsports intake massaged by EIC Motorsports and a CFM carburetor. An Edelbrock nitrous system adds even more muscle. It's a combination he has relied on for a number of years, and it has served him well, as he has run as quick and fast as 4.70 and 150 mph, but he was fighting some electrical issues last year that prevented it from putting out as much power as it's capable of. Last race season was not a good race season, said Trovato, who relies on an RPM Transmissions-built three-speed. We had so many gremlins at so many different times, and they were mostly electrical. I swear, I was starting to wonder why I had such a hex over me. Trovato ended up installing a Holley Dominator ECU before the NMCA event last August at Summit Motorsports Park in Ohio, and experienced immediate improvement. It's nice because all of the stuff is in one box instead of separate boxes, said Trovato. I'm glad I did it. It's a good system, and the car really responded.

Soon after that, Trovato received input on power management from legendary NMRA Pro 5.0 driver Chuck Samuel, and input on suspension set-up from fellow racer George Farkouh of Farks Supercars. George had seen me struggling with my suspension at times, and said he wanted to help me with it, said Trovato, who runs a four-link under his Camaro. I could tell that he really wanted to help, and I accepted his help. And, it really worked. Over winter, Trovato freshened his engine, which features CP pistons, GRP rods and a Cam Motion cam, and sent his carburetor back to Dale Cubic of CFM, as Cubic wanted to send him another one to try. Dale is constantly sending me new carburetors to try, and they have all been great, said Trovato. Trovato also worked with fellow racer Mike Thompson of TNT Performance Automotive on his nitrous system, and while he declines to share specifics, he will share that he's confident he will pick up some speed on the top end of the track. Now, with his sights set on stepping up to 4.60s, he's headed south to the 18th Annual NMCA Muscle Car Mayhem presented by Holbrook Racing Engines, this weekend, March 5-8, at Bradenton Motorsports Park in Florida. My goal this year is to win races and go after a championship, said Trovato, whose committed crew includes David Mitchell and John Costello.I'm feeling pretty good, and I believe I have enough horsepower and the right people to help me get there.