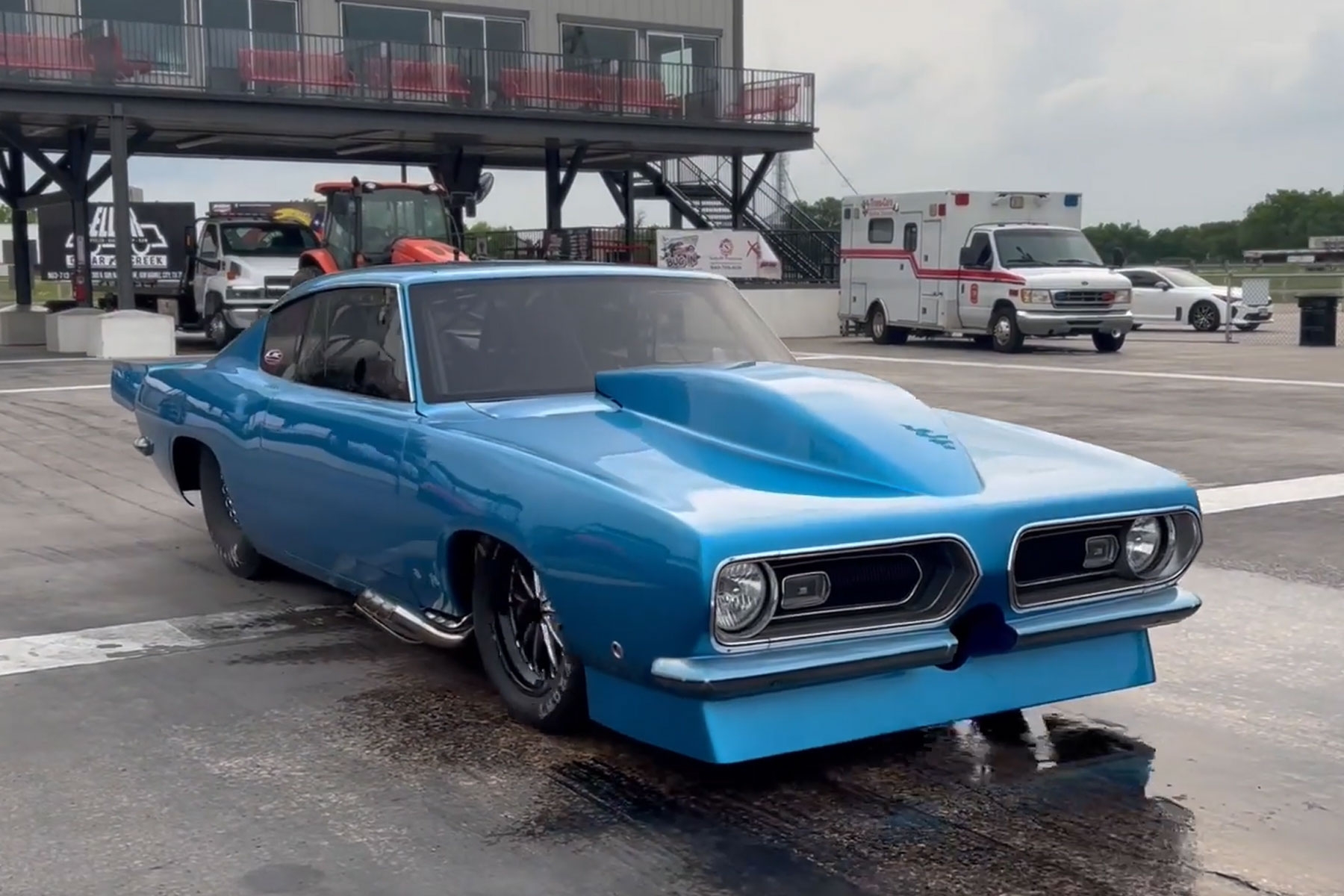 Having made a name for himself in the drag radial scene many years ago with his 1968 Plymouth Barracuda known as the “Bad Fish” before taking the reins of an Elite Motorsports-backed NHRA Pro Stock entry, co-owner of EliteHP Marty Robertson is now making the jump to the no prep circuit.

Robertson, who started out street racing in his youth before transitioning into his role as a successful business owner and Pro-level door car pilot, has decided to shake things up with his beautiful blue ‘Cuda and go for glory in Street Outlaws: No Prep Kings competition.

No prep racing presents a unique challenge for Robertson, who is accustomed to meticulously prepared racing surfaces, and it’s that degree of added difficulty that initially drew him to the no prep style of drag racing. The electric environment, unpredictable personalities, and overall excitement also added to the lure and Robertson couldn’t wait to bait the rest of the field with his Bad Fish. Over the winter between 2021-2022, Larry Jeffers Race Cars converted the iconic Mopar machine over to run on Hoosier big tires with wheelie bars, as in its previous state the car ran without bars and on small tires. After LRJC ensured the chassis was ready to race, the in-house team at Elite Motorsports in Oklahoma took point on the finishing work before Bad Fish made its journey home to EliteHP in Texas for the last few bells and whistles.

While the exact specs of the engine combination are closely guarded secrets, it is easy to discern that Bad Fish is powered by a ProCharger supercharged Hemi engine from Elite Performance to which a Liberty 5-speed transmission has been fitted.

With PTP Racing’s Jason Lee and Patrick Barnhill managing the tune up via a Haltech EFI system, Robertson took Bad Fish out for a little dip in the pool during the first week of May to work out the bugs and prepare for his No Prep Kings debut at National Trail Raceway near Columbus, Ohio, in early June.

Robertson has aligned himself with California’s notorious Jermaine “Jay” Boddie and the Team Boddie crew, and, if his past performances are any indication of his future ones with the Street Outlaws: No Prep Kings series, it’ll soon be “Bad Fish to the front” in no time flat.