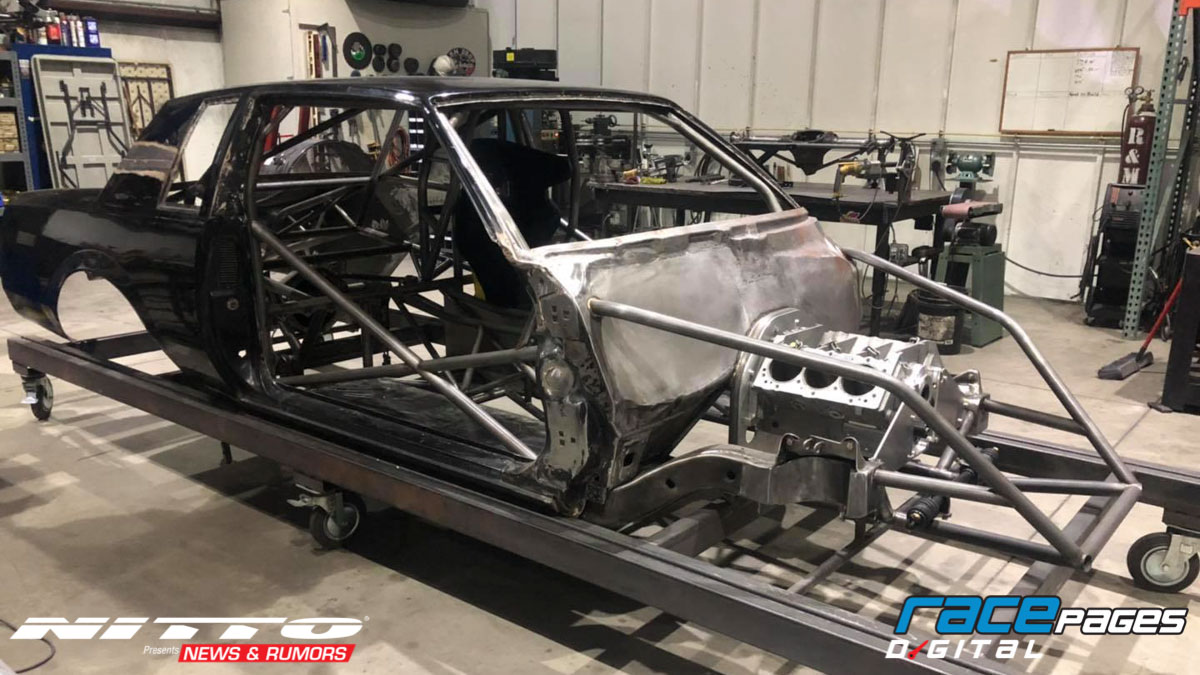 Decades before he began his most recent project car, Ohio resident Dave Fiscus bought a Buick Grand National from his mother, while he was a teenager. That car was the start of a successful drag racing career for the man, and the inspiration for his new X275 big-boost Buick. My mom street raced my old Grand National some, and when I bought it, she had two wheels in the trunk with slicks mounted on them for me, laughed Fiscus, who grew up in Mississippi and also met his incredibly supportive wife of 15 years, Natalie, because her father had owned a Grand National as well. Fiscus spent the next thirty years campaigning his teenaged-purchase, but decided towards the end of 2019 that he wanted to step things up. Not wanting to cut up his sentimental family heirloom, he decided to simply build another Grand National instead. I wanted to start with a clean sheet of paper and correct everything I did wrong with the other car, he explained of how he acquired another real-deal, real-steel 87 Buick Grand National and not a regular Regal and sent it over to Tin Soldiers Racecars in Covington, Kentucky, for a complete overhaul.

Originally, the plan didn't include a double-frame-rail chassis or full-floater rear end, but Fiscus quickly revised his roadmap for the big boost Buick build. I didn't want to regret not having done something better later on, he stated of how his visits to TSR always inspired him to push the envelope in hopes of creating the nicest G-body on the planet. I made so many concessions with my original Grand National because I refused to do this or that to it, which was okay when it was 800-horsepower, but now it's double that and I'm finding weak links. And so, the build progressed with a lightweight, double-frame-rail, 25.3 SFI spec chassis by Tin Soldiers that makes use of plenty of titanium and aluminum. Carbon fiber doors, front end, and trunk lid will also be utilized along with carbon wheel tubs to help keep the scale on the low end. Fiscus is a purist at heart, so he's chosen to run an aluminum Buick V-6 block from TA Performance with 30+ year old aluminum Buick heads massaged by BES Racing Engines. A billet crankshaft and connecting rods and all the good stuff will update the internals, and both RPE Machine and Barker Machine have had their hands on the bullet. Given that the Grand Nationals came turbocharged from the factory, Fiscus will also stick with a snail as his power adder of choice'sized 76mm for NMCA Edelbrock Xtreme Street and 88mm for X275 use. Although the reborn Buick is still in the preliminary phases, Fiscus has already spec ed out the remainder of the parts. He'll run a Turbo 400 transmission from RPM Transmission along with a PTC torque converter, FuelTech FT600 engine management system, the complete catalog of G-body suspension parts from TRZ Motorsports, Menscer Motorsports shocks, RC Components wheels, and a Tin Soldiers-fabricated rearend housing. His longtime tuner, Cal Hartline, will continue on as the master of the keyboard while his friend and crew chief, Jason Cheeseburger Waterman will get it dialed in to go down the track.

Fiscus expects to pick up his new Grand National from TSR in three or four more months, at which point Jeff Brandenburg from Dykes & Strippers will wire it up, Kenny Johnson at RPM Transmissions will plumb it all with XRP components, and then it'll go off to the paint shop. While all the work has been going on, though, Fiscus has still been busy racing thanks to generosity from Cheeseburger. He suggested I take my motor and trans from my old Grand National and put it into his Mustang, so we did and raced that this year, noted Fiscus of his 2020 season behind the wheel of the lightweight Fox body in NMCA Edelbrock Xtreme Street and Ultra Street. Fiscus ran a personal best of 4.77-seconds in the eighth-mile at a weight of around 3,500-pounds in his old GN, and has gone 4.60s in the Fox body. He expects the new car to easily eclipse those numbers, and plans to run in either Xtreme Street or X275, with many NMCA events on his calendar, by summer of 2021. It's not easy doing a build like this with a Buick for the power level these cars make these days, confessed Fiscus. Racing it is a little like building a fire by rubbing two sticks together it's not the smartest way to do it, but when it all comes together, it's incredibly rewarding.
Dave Fiscus
,
Edelbrock Xtreme Street
,
Tin Soldier Race Cars
,
X275