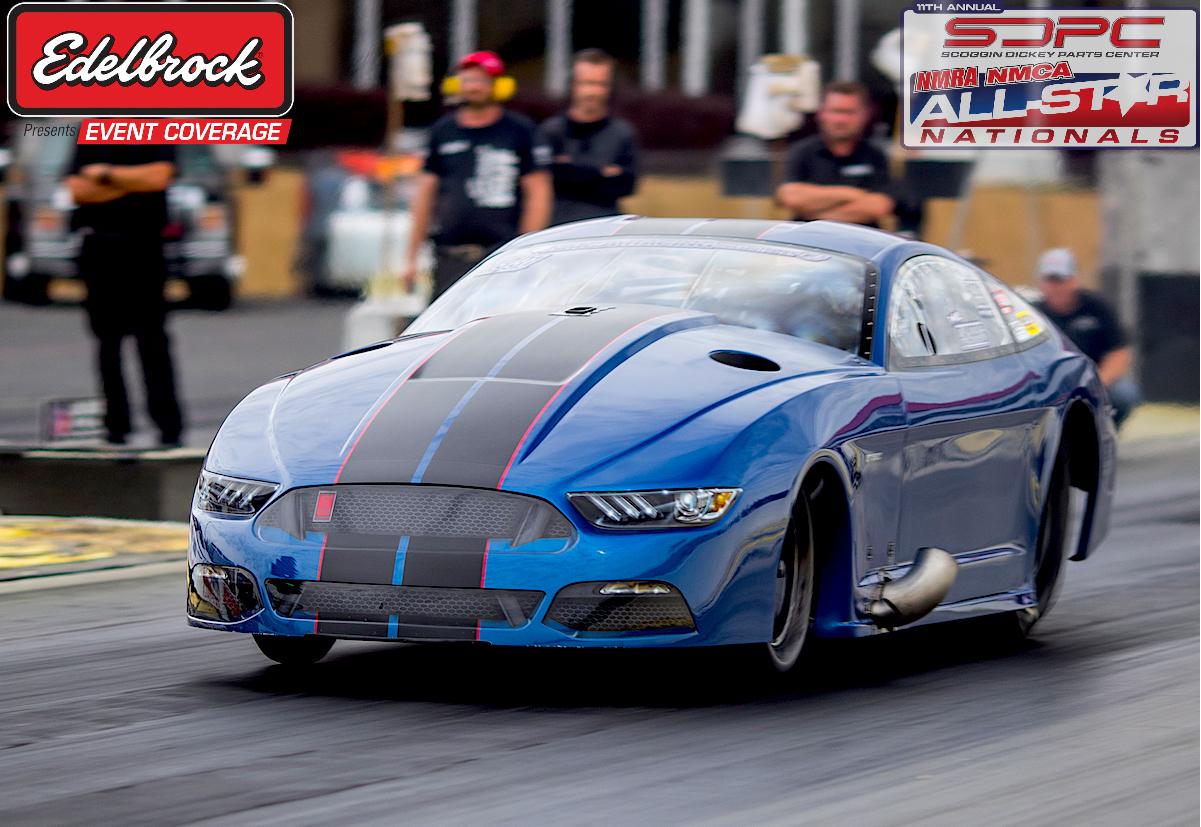 As difficult as it is to believe, Dan Caissie only dished out $600 for the Mustang he has so competitively been campaigning.

He captured a championship in NHRA Sportsman ranks in 2015, and has collected wins in Bracket categories at tracks near, and not so near, his home in Connecticut.

He has even held his own when he has tackled NMCA TorqueStorm Superchargers True Street.

But at the beginning of 2020, he had his mind set on motoring to another championship in a category he hadn't yet competed in, and that category was NMCA MagnaFuel Open Comp.

He knew it was going to be a tall a very tall order considering how dialed in and deadly the drivers in the category are, but he dove in anyway.

In his very first NMCA MagnaFuel Open Comp event, the 18th Annual NMCA Muscle Car Mayhem presented by Holbrook Racing Engines in March at Bradenton Motorsports Park in Florida, Caissie qualified in the fifteenth spot with an .025 reaction time and finished as the runner-up with a 10.28 on a 10.25 dial.

Everyone was friendly and welcomed me to Open Comp, but at the same time, we all wanted to beat the other one on-track, said Caissie, with a laugh. 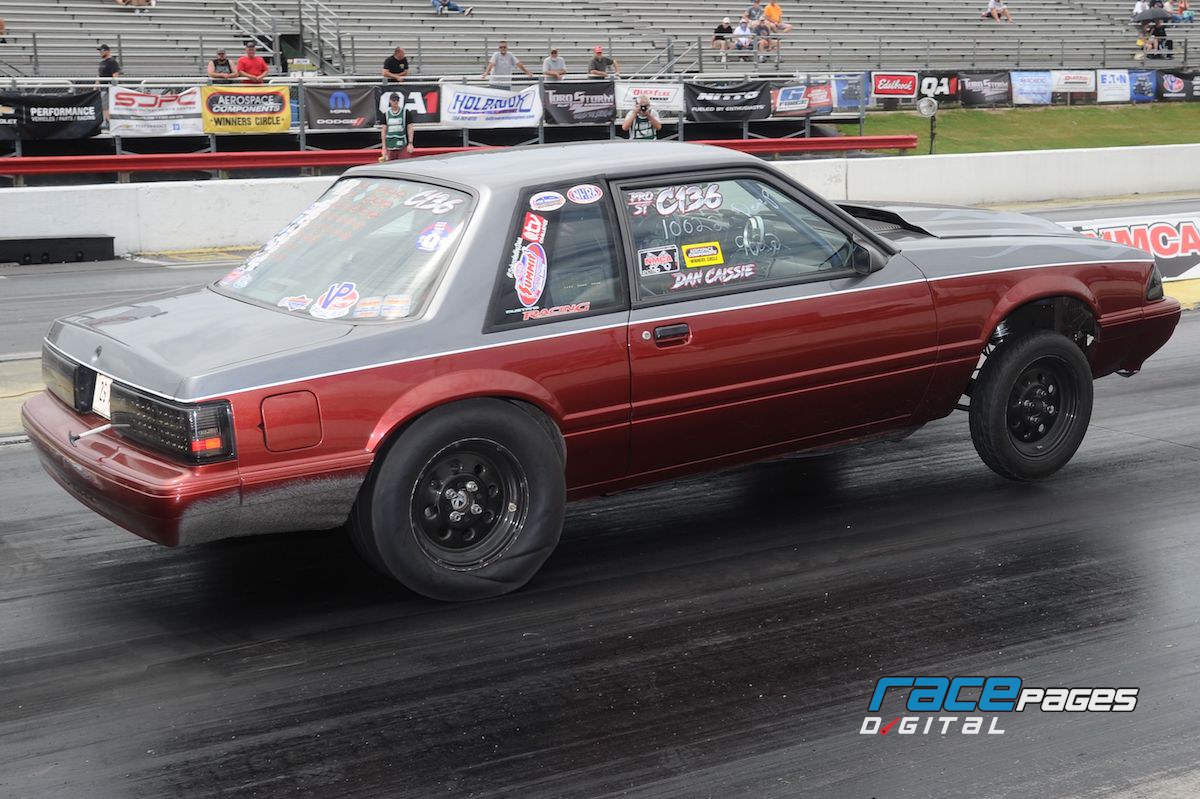 Then, in his Mustang powered by a big-block Ford by Rob Reynolds of Space Coast Speed, he qualified in the twelfth spot with an .022 reaction time and went all the way to the Aerospace Components Winner's Circle with a 10.88 on a 10.83 dial at the 12th Annual Scoggin-Dickey Parts Center NMRA/NMCA All-Star Nationals in June at Atlanta Dragway

Caissie was hoping to back that up, and was off to a good start with a .001 reaction time to lead qualifying at the Nitto Tire NMRA/NMCA Super Bowl presented by HPJ Performance in early August at World Wide Technology Raceway in Illinois, but he exited eliminations in the first round after a red light start.

As the points chase heated up, Caissie, who foot-brakes his car, qualified in the seventh spot with an .011 reaction time and finished as the runner-up after having to lift in the final round of eliminations at the NMRA/NMCA All-American Nationals presented by Force Engineering, in late August at U.S. 131 Motorsports Park in Michigan.

With complete concentration, he qualified in the twelfth spot with a .009 reaction time, finished as the runner-up with a 10.90 on a 10.68 dial and locked up the 2020 NMCA MagnaFuel Open Comp championship at the final NMCA event of the year, the 19th Annual Nitrous Supply NMCA World Street Finals presented by Chevrolet Performance, in September at Lucas Oil Raceway in Indiana.

It was such a big goal to get there, and it was such a big accomplishment when I actually did, said Caissie, who added that he stayed sharp by also competing in NMCA Fastest Street Car Brackets. Open Comp is very challenging, and I was still figuring things out at every event. But now, I will have that championship forever. 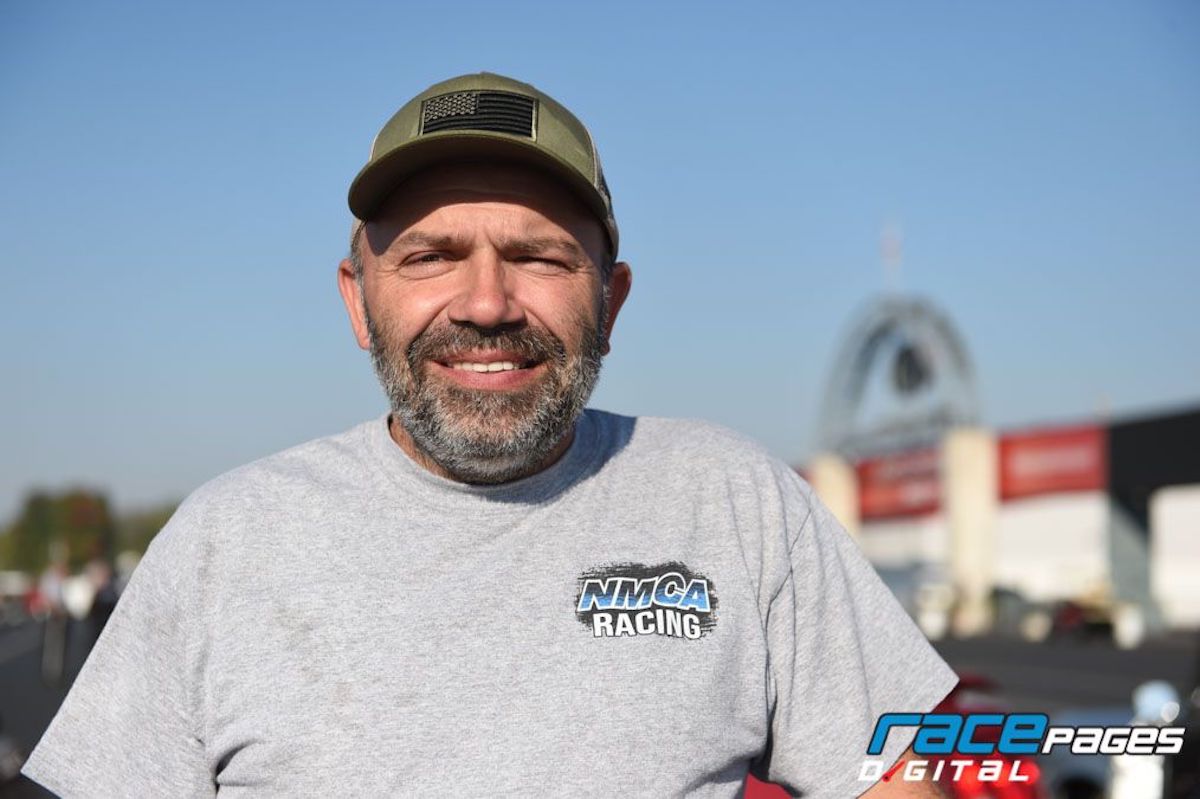 It was exciting for me and my girlfriend, Megan. She had all the confidence in the world in my driving and that we would win the championship. It was a crazy year in a lot of ways. Since it's our first year running Open Comp, we were learning along the way, and there was a lot to learn. Nothing can replace the moment when I won second round at the World Street Finals. That's the moment I felt we locked it up, and some fellow racers came over to congratulate us on the championship.

Learning the Open Comp format and getting a footbrake street car to hit a pro tree. Also, the travel this year was tough since we are not close to any of the tracks and the travel restrictions were hard to work with. Breakage was also pretty tough. I broke the crank in the motor three weeks before the first race, and Rob Reynolds in Florida got me going again in three weeks and we got in the car the day before the first race. Then we broke the trailer and needed to weld it up, and at the last race, we found a broken rear lower control arm bolt on the last day of racing. Luck was on our side. The very next run after winning the championship, we had a valve fail and hurt our motor, but we will work hard to get something ready for the season opener.

WHAT DO YOU ENJOY ABOUT RACING IN MAGNAFUEL OPEN COMP

Racing in NMCA Open Comp is very complex and a great challenge. I enjoy the road trips and the people we meet along the way, and there's nothing better than racing against this tough group of racers and forgetting about everything not related to racing for a few days. They didn't make it easy. I had to earn every point along the way. I also love the challenge of learning a new track and always chasing to make me and the car better every run. I just hope I can be a great champion for NMCA and the Open Comp class in 2021. Dan Caissie, 2020 NMCA Open Comp world champion, has a nice ring to it. 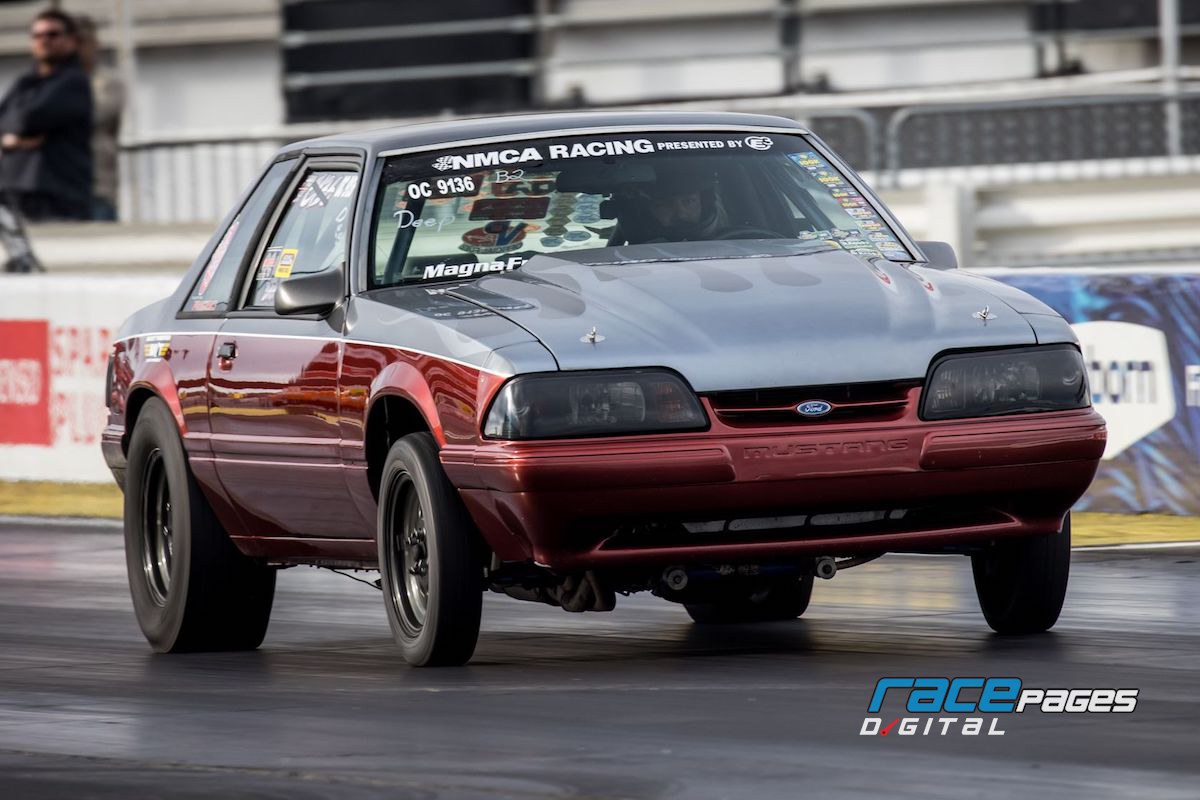