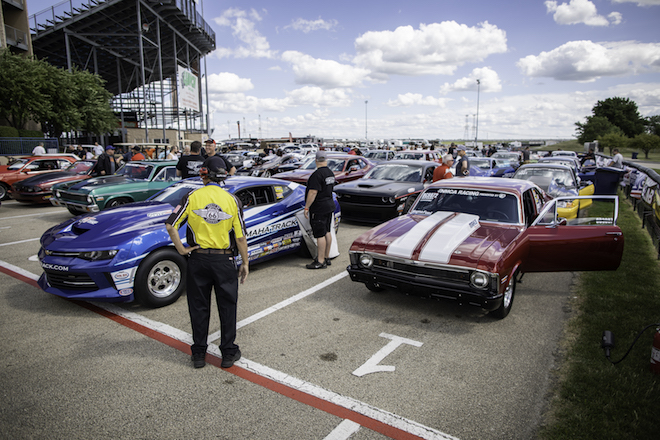 It's finally time to kick off the biggest race of the NMRA/NMCA season with the Nitto Tire Super Bowl of Street Legal Drag Racing presented by Fuel Systems Technology. Over 250 race-car-hauling trucks and trailers have poured into Rt. 66 Raceway today alone for what promises to be an epic weekend of racing. A spectacular weather forecast should bring some fantastic day and night action, and today's test and tune is well underway with qualifying starting tomorrow. 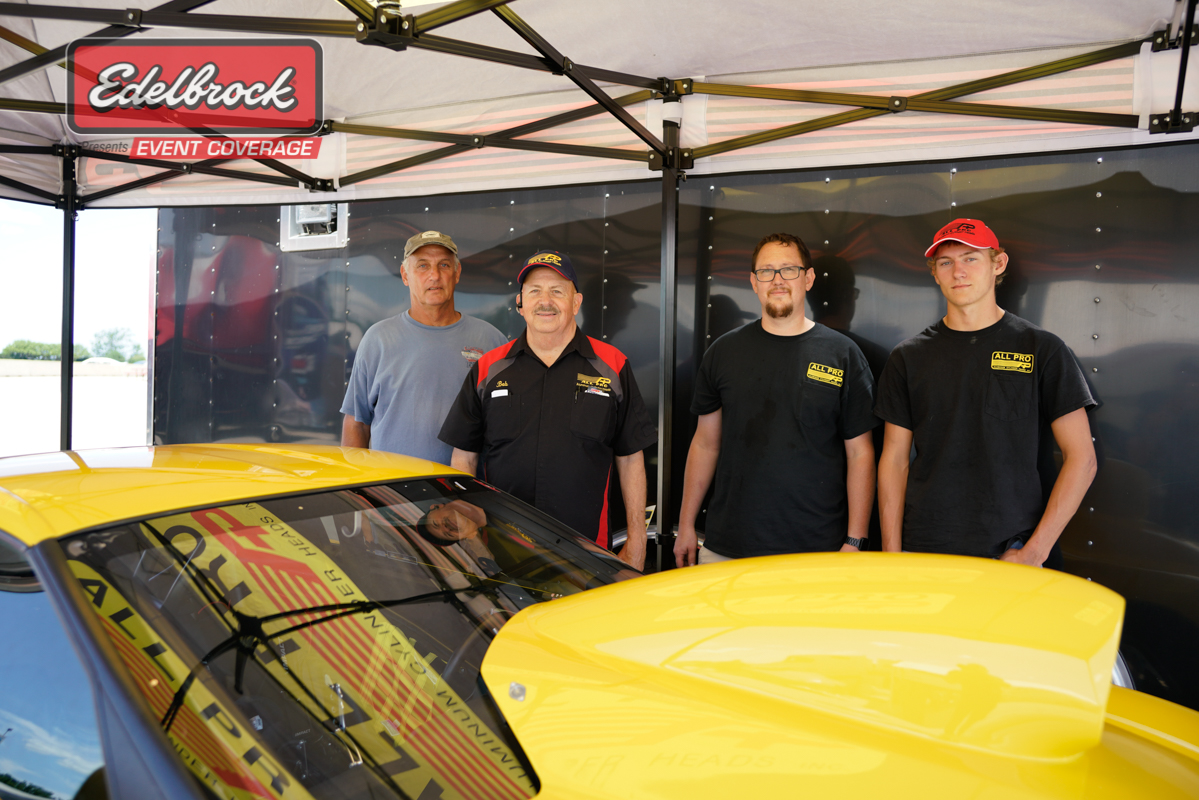 New to the Fuel Systems Technologies NA 10.5 class is Bob Williams of All Pro Cylinder Heads. Williams purchased this 2006 ZO6 Corvette a couple of years ago and the car has been under construction ever since. Power comes from a 419ci, LS-based engine that starts with a Dart LSNext iron block, All Pro cylinder heads and intake manifold, and a BLP carburetor. Williams has shifted the Velocity Yellow Corvette's RPM Transmissions 3-speed Turbo 400 transmission for two test sessions where they have been working on the chassis and traction tuneup. 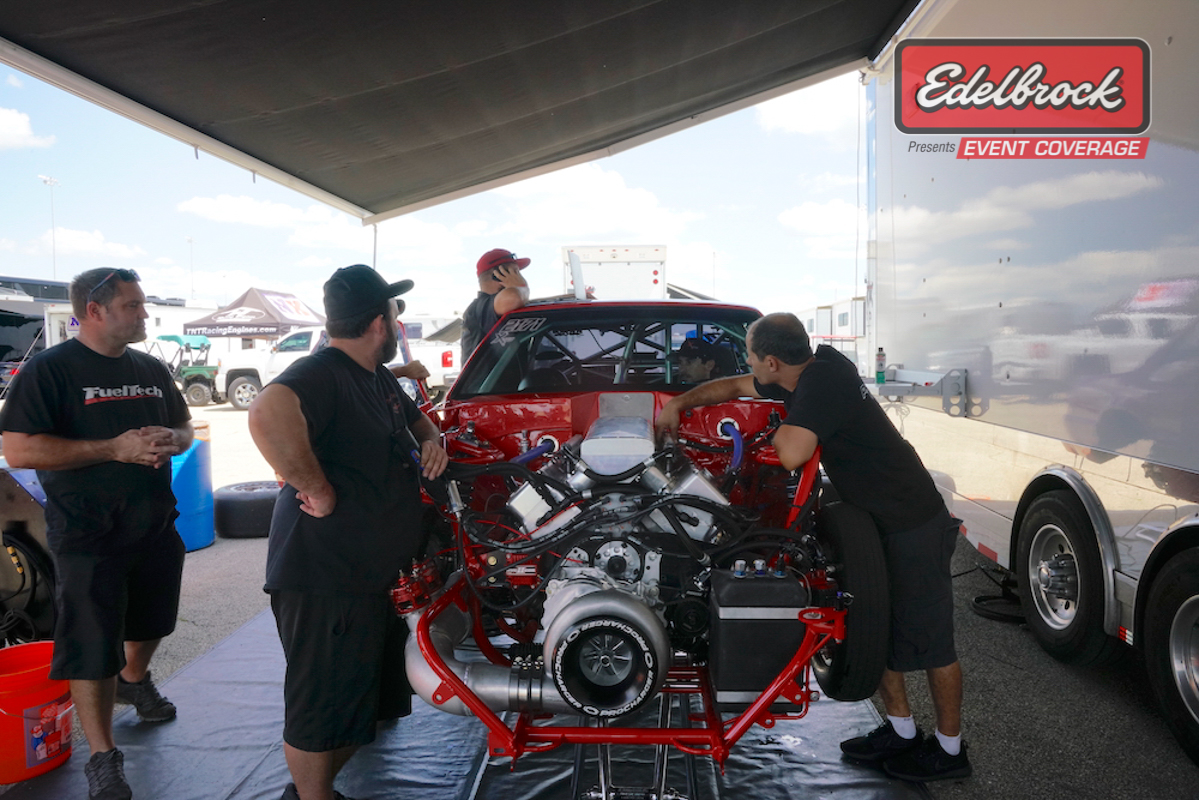 Manny Buginga's lil Red Mustang coupe is back in VP Racing Fuels Street Outlaw action this weekend after a time-consuming rebuild that was the result of a wreck last fall. The notchback is running a new DiSomma Racing Engines 400ci mill with the F1X-12 ProCharger blower from last year. Pro Line Racing's Josh Ledford is handling the tuning, and 2017 NMRA Renegade champion Alton Clements will be the wheelman this weekend. Clements was on track to buy the coupe last fall until the wreck, and subsequently moved forward with a new build with DMC Race Cars that should be ready for 2019 Street Outlaw competition. 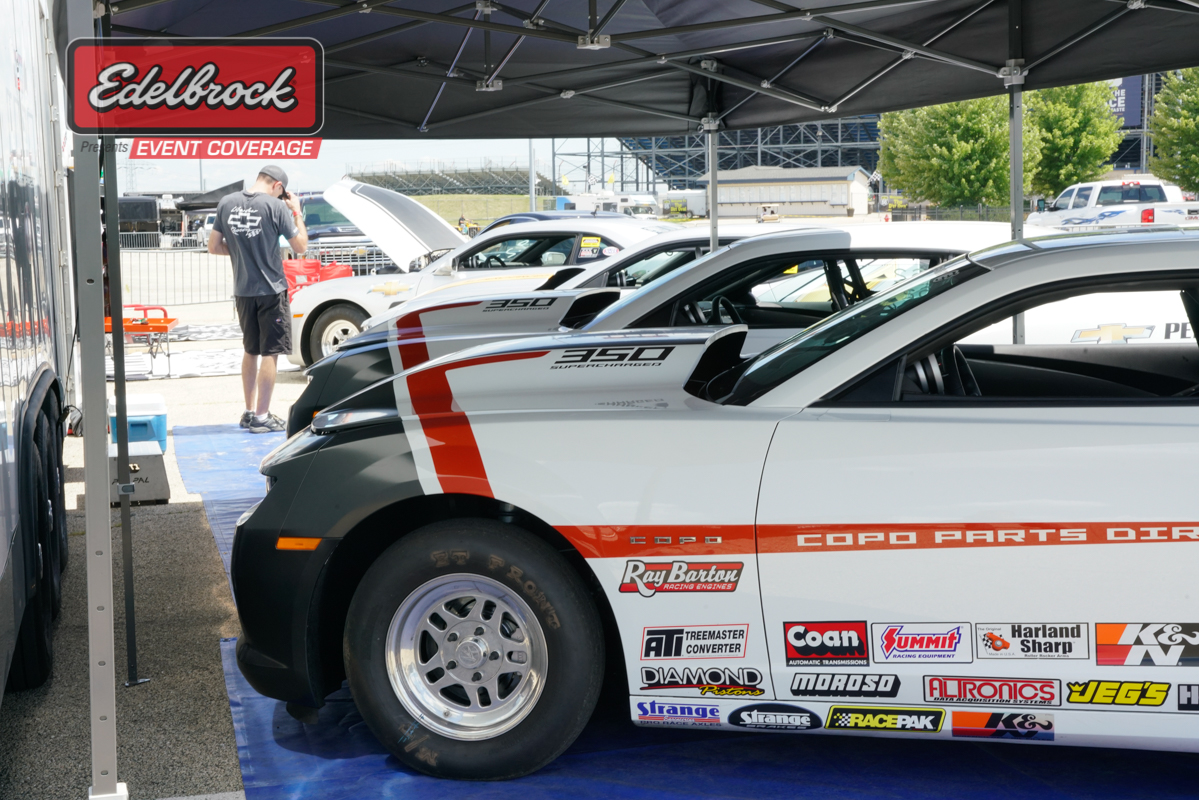 Looking like a COPO Camaro dealership is 2017 Factory Super Cars champion Scott Libersher's pit here at Rt. 66 Raceway. Libersher is campaigning cars in both Holley EFI Factory Super Cars as well as in Coan Engineering Stock/Super Stock Combo. His tuner, David Barton (Pictured below) will be keeping busy running one of Scott's other COPOs in the Combo, Scott's son, Lenny and son-in-law Dan Condon are also piloting COPOs this weekend as well. 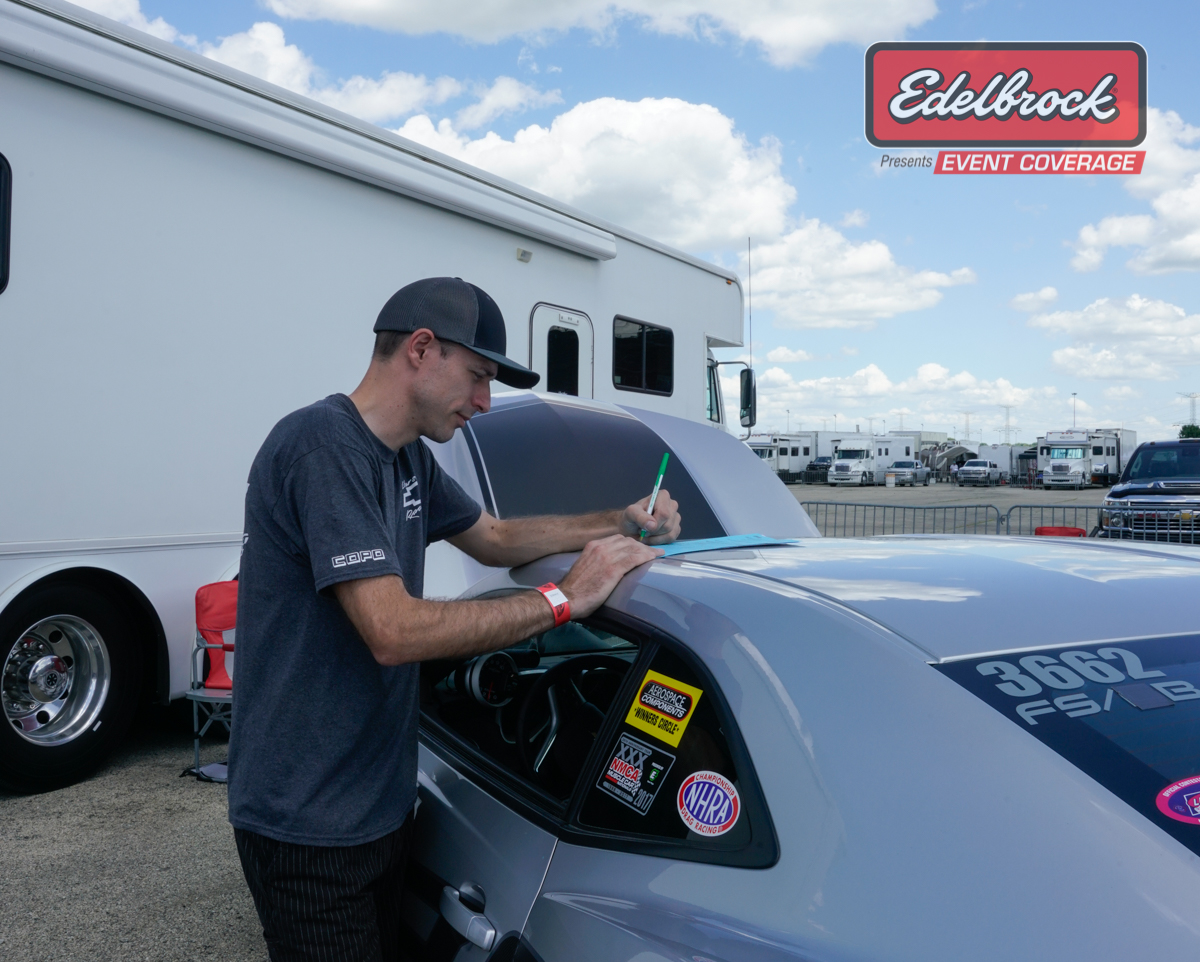 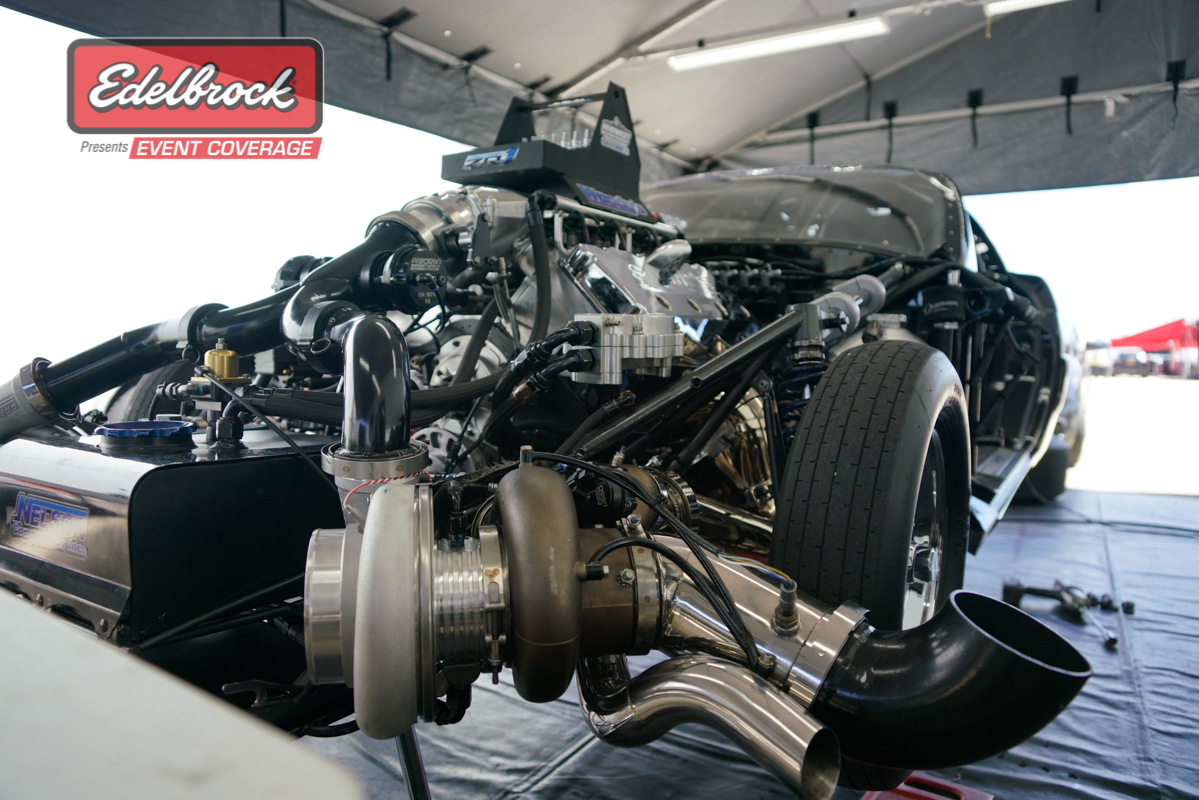 Mark Woodruff, whose beautiful ZR1 Corvette will be featured in the October 2018 issue of Fastest Street Car magazine, has been making steady progress with his Sonny's Racing Engines-powered machine. He has been working with Sonny's on a new billet cylinder head program that he hopes will pay big dividends.