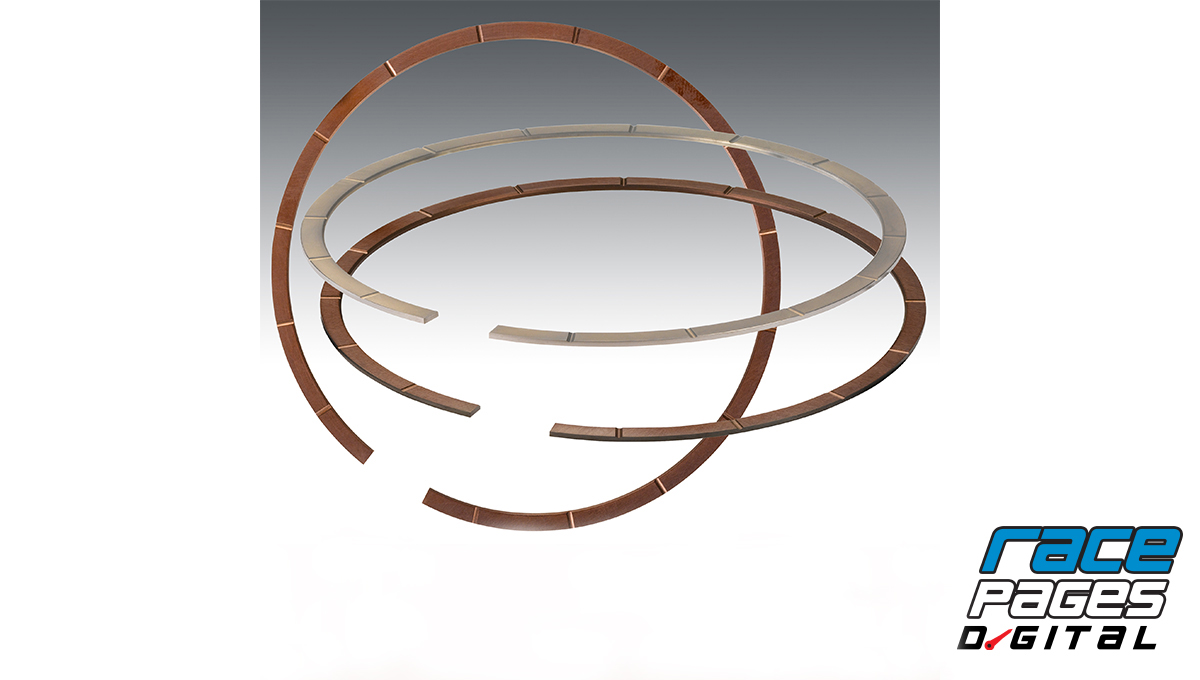 [ap_tagline_box tag_box_style="ap-top-border-box"]By Jason Reiss Photography Courtesy of Total Seal[/ap_tagline_box] Over the years, engine builders have devised many ways to maximize ring seal, from gapless rings to drilling small holes (gas ports) in the piston tops to allow combustion pressure to get behind the ring's inner diameter inside the ring land and push it outward to seal its face against the cylinder wall. Gas-ported pistons work extremely well; so well, in fact, that they aren't legal in many racing classes. Necessity is the mother of invention, and in our opinion, outside of the Gapless ring, perhaps no innovation has been quite so revolutionary as the brand-spankin -new Gas-Ported Rings from Total Seal. The way these came to be isn't like those other innovations; in fact, they were developed for a totally different reason.

There are classes of racing that specifically spell the words out: no gas-ported pistons. Well, that's not a piston. And that's where it started, Keith Jones, uber-tech-dude at Total Seal, explained. The most important facet to maximizing engine performance quite possibly comes down to one of the smallest physical parts contained in an engine the piston rings. Although the performance of the induction system is quite critical to overall power production, without the piston ring doing its job of sealing the combustion pressure up tight, all of the other elements don't really matter. Enter the potential issues with a gas-ported piston. Gas ports in the piston can actually be a make-or-break situation. If they're done in the piston correctly, everything works great. But if they're not put in the piston correctly meaning the right location, how far back, how deep you can create a leak path around the ring. If they aren't done right, you can create reversion through the gas ports, he said. This means that the ring cannot attempt to seal the gas port on the intake stroke, if the gas port is not installed correctly into the piston. Jones says this is not a super-common issue, but he does come across it from time to time. The Gas-Ported Ring, according to Jones, eliminates this possibility, and does an admirable job of sealing the engine up tight. One thing we've learned through many discussions with Jones regarding Total Seal's products is that he won't tell us how the company manufactures a specific product, but he will tell us how the product works and why it works. In this case, it's the location and depth of the gas-port slots in the ring, which are machined on custom tooling developed and manufactured in-house at Total Seal. The entire point of the Gas-Ported ring is to allow the combustion gases to use the machined slots to enter the ring groove behind the piston ring and force the ring face out to the cylinder wall to aid in sealing. It's the same concept as the gas ports in the top of the piston, but without any of the attendant issues including those pesky rulebook violations. In Total Seal's testing which has been done across many different styles of racing and many different engine platforms the Gas-Ported Rings have consistently shown the same increases in ring seal. You have the root diameter of the ring groove, which is the inside diameter. The ideal location for a gas port either from the vertical or from the side is to not intersect the root. If you intersect the root of the groove too heavily it can create a leak path around the ring, meaning that there's no way to block that off. If you've got 18 inches of vacuum decelerating in a road-race car, that's 18 inches of vacuum going straight around the ring, looking for oil or spent combustion gases looking for stuff underneath the ring that it can suck up into the port, says Jones.

The ultimate reason for creating this design is to promote positive ring seal to get the extra gas-loading on the ring, especially with the thin rings of today. This allows the racer to tighten the vertical clearance in the land. If clearances are loose enough from the ring to the groove, there will be enough gas pressure behind the ring; all rings gas-activate during engine operation as the gas pressure gets behind the ring through the end gap and the vertical clearance. But those loose vertical clearances don't promote ring seal. Where you start to see what I'll call the transition point, at about .0015-inch of clearance and starting to go tighter, you will start to see where ring seal will start to go away as there's just not enough clearance behind the ring. At .001-inch or tighter you have to get the extra gas pressure in there. You just can't get enough pressure to make it work without gas-porting, says Jones. For example, Jones was working with an NHRA Stock racer who is forced by the rulebook to use a 5/64-inch ring set, and wanted to use a ring-to-land clearance of .0007 too tight by standard convention but the racer insisted that the 5/64-inch ring had all the tension it would need to seal properly. Jones built the rings as the racer requested, even though his suggestion was to build more clearance in. On the Monday following the race where they were first used, Jones received a phone call from the racer talking about how the engine almost knocked the valve covers off. Total Seal re-machined the rings to get enough gas pressure behind them, and that allowed the ring to activate properly. Now, at this time, the company didn't offer the Gas-Ported rings, which would have alleviated the issue and permitted the tight clearance to be run successfully. It allows a guy to tighten up the vertical clearance and get the up-and-down action out of the ring, and still get the ring to seal up effectively. We can get the ring seal we need without gas-porting the pistons; you can run much-tighter ring groove clearances without gas-porting the piston. The cause-and-effect works the same regardless of the size of the ring. We're doing a lot of .043-inch stuff, and it's been really, really good. These can even be manufactured using a gapless top ring as well, and now you've got the gas-loading from the gas port and the gapless eliminating the end gap, says Jones. As the gas-ported ring process is just another step during ring manufacturing, Jones says it's available for any of the company's steel and ductile-iron top ring applications. All you have to do is specify that you want it when you order, then pony up the cash for them. Oh, and enjoy better ring seal and more performance without worrying about the rulebook. Wink-wink.
#PureEvil
,
Gas-Ported Piston Rings
,
Total Seal