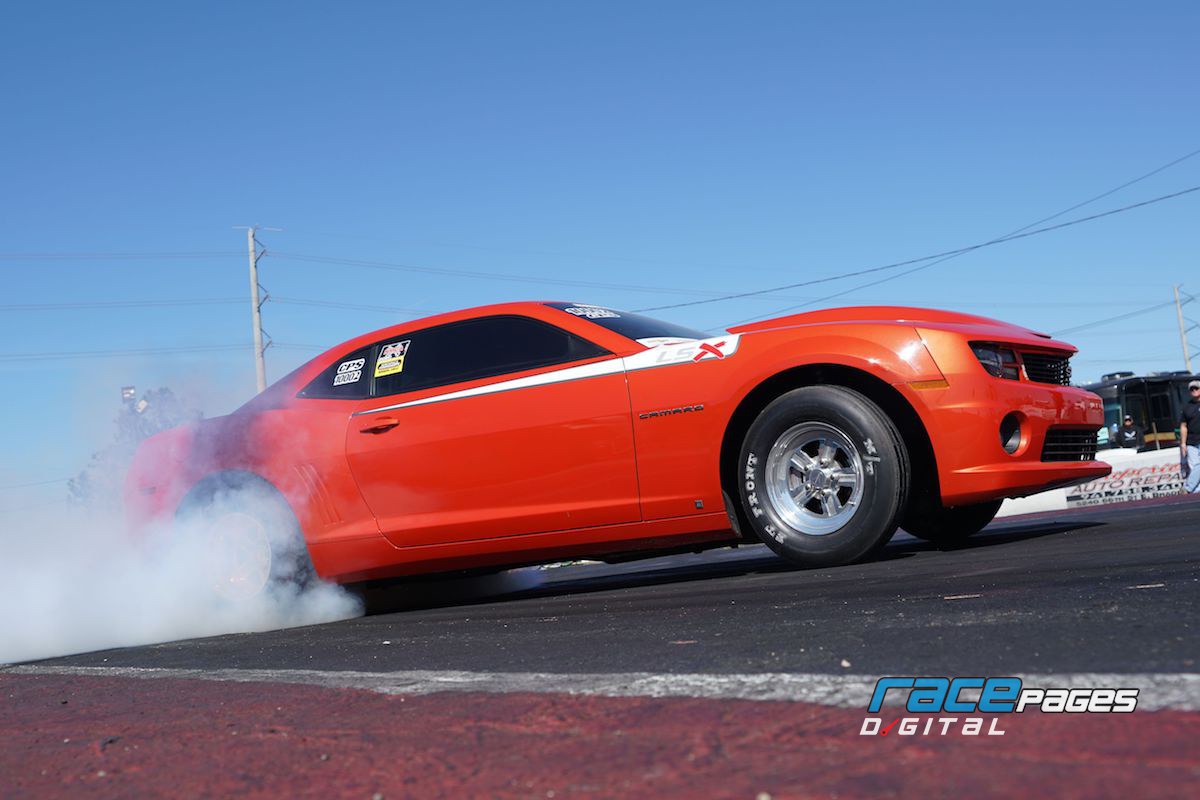 By Mary Lendzion Photos by NMCA and courtesy of Ronnie Hackelton Whether he's smiling, speaking or shaking someone's hand, Ronnie Hackelton is as cordial as they come. But as a racer in the NMCA and Chevrolet Performance Challenge Series Chevrolet Performance Stock presented by Scoggin-Dickey Parts Center categories, he's as competitive as they come, in his orange 2010 Camaro with a sealed 525 cubic-inch engine and Turbo 400 transmission. In fact, he even earned a championship in the Chevrolet Performance Challenge Series Chevrolet Performance Stock presented by Scoggin-Dickey Parts Center category in 2015, but he was compelled to climb out of the cockpit of his car and turn his keys over to his beloved granddaughter, Haley Burkhammer, when she expressed an interest in competing in the same category in 2016. I was happy to teach her what I knew, and even happier to see how much she liked it, how well she could drive and how everything clicked for her right away, said Hackelton. She's a smart girl, and she has even earned some wins in the class. I'm proud of her. She's happy driving the car and I'm happy working on the car. With Burkhammer taking a break from driving this year as she's pregnant, Hackelton, who hasn't raced the car for the past several years, hopped into the driver's seat for the 18th Annual NMCA Muscle Car Mayhem presented by Holbrook Racing Engines in early March at Bradenton Motorsports Park in Florida, where he was anxious to see whether the changes he made to his Turbo 400, the changes Coan made to his converter and some suspension tweaks would help the car on the front end of the track. 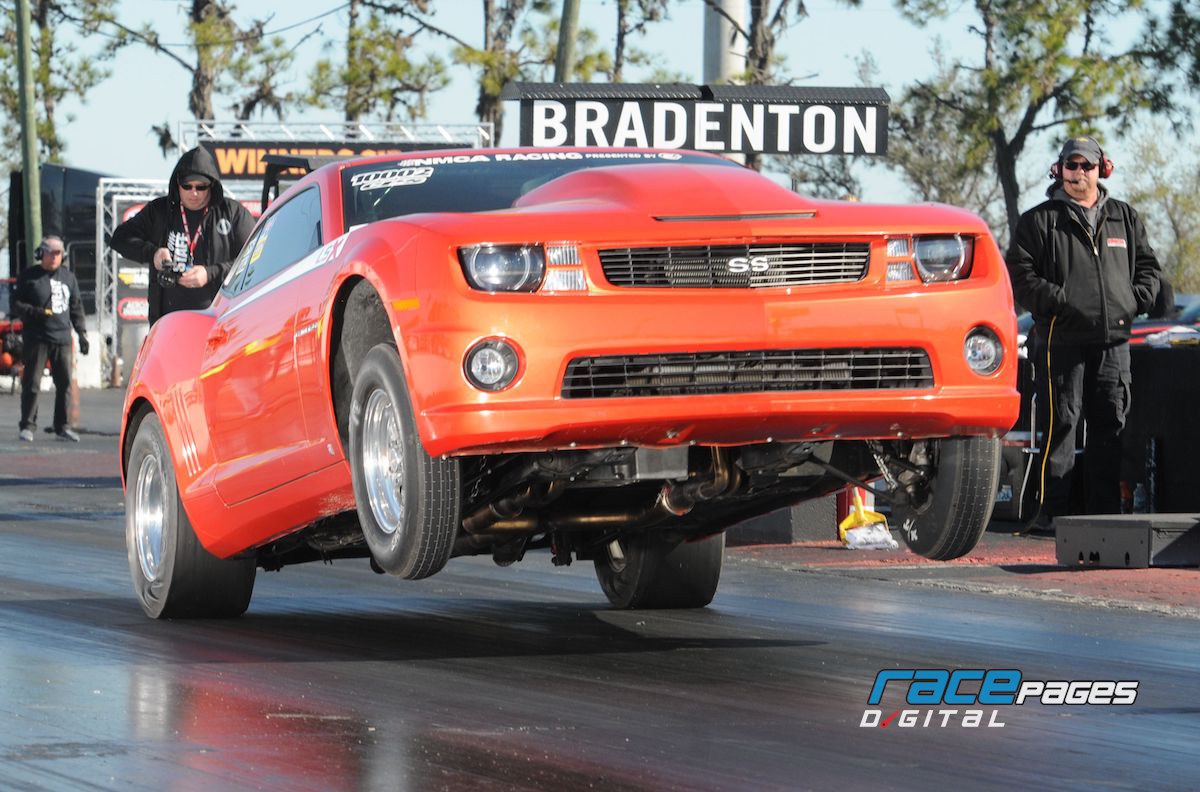 Cheered on by his wife, Paula Hackelton, as well as Burkammer and her mother, Christi Rounsavall, who's Hackelton's daughter, he set the pace in qualifying with a 10.037, saw his 60-foot times improve from 1.37 to 1.31 and ran a personal best of 10.01 to win the first round of eliminations. A missed shifted in the second round of eliminations shortened his weekend, but he still walked away with the category's elapsed-time record with the 10.037. It felt a little strange because Haley was pulling the car and me to the lanes, when normally, I would be pulling her and the car to the lanes, and Christi was lining me up, said Hackelton, with a laugh. But I was really happy to have my family there. It really couldn't have been any better. Because Burkhammer hopes to be back in the driver's seat next year, Hackelton might spend more time in his other car, a white 2013 CRC Camaro, which he most recently drove to a 9.11 to lead qualifying and later a semifinal finish in All Motor at Haltech World Cup Finals Import vs. Domestic event at Maryland International Raceway last fall. But for now, his focus is on the upcoming Scoggin-Dickey Parts Center NMRA/NMCA Power Festival presented by HPJ Performance, May 28-31, at World Wide Technology Raceway in Madison, Illinois. With the delay in racing from the Coronavirus, we're definitely ready to go racing, said Hackelton. 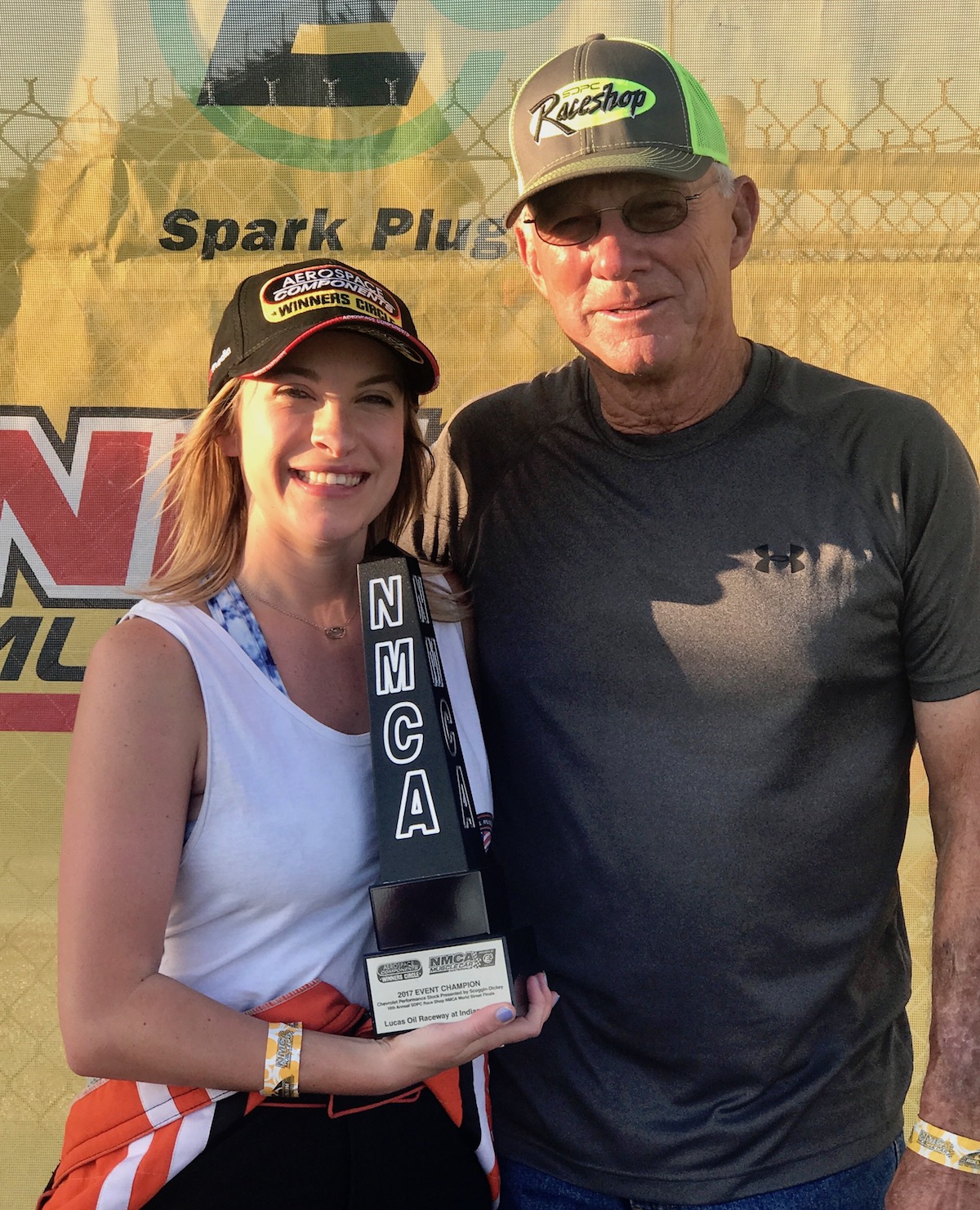