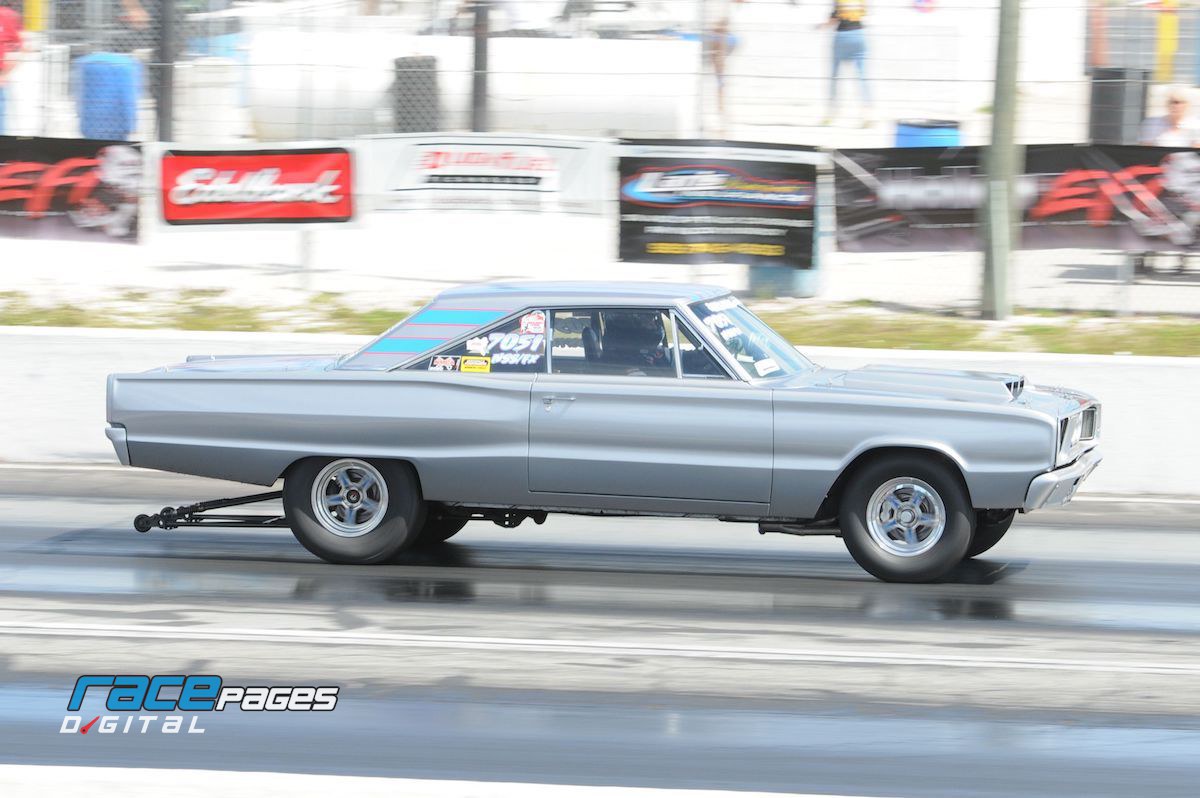 By Mary Lendzion Through the years, NMCA Quick Fuel Technology Nostalgia Super Stock has attracted more and more racers and race fans. Chock-full of character are the cars in the category that are reminiscent of those seen in the A/FX and Super Stock categories back in the 1960s, and among them is Brent Wheeler's as cool as they come 1966 Coronet. The Georgia-based driver, who can foot-brake with the best of them, came to the very competitive category in 2014, and was oh-so-close to capturing a championship when he finished in second place in points in 2017. His solid combination consists of a 540 cubic-inch Wedge engine built by fellow racer Bill Boomhower and topped with heads and intake by Indy Cylinder Head. It sips fuel from two Edelbrock carburetors, and a 727 transmission and ATI converter help put power down. Depending on weather conditions, Wheeler dials in for the 9.50 or 9.75 index. While he has been trying to back up his second-place finish in points or blast to a first-place finish in points he admits that he struggled to focus at times in 2018 and 2019. I lost my focus for a bit, and as a result, I didn't drive as well as I needed to drive, said Wheeler, who still pulled off sixth-place finishes in points each of those years. Then, last year, things started to improve and fall in line when I went to the Gear Jam Vintage Drags at Atlanta Dragway and won. Then I did well at the NMCA/NMRA race at Route 66 Raceway in Illinois, and the NMCA races at Summit Motorsports Park in Ohio and Lucas Oil Raceway in Indiana. Honestly, I think I just needed to hit reset. Additionally, just before the event at Summit Motorsports Park, Wheeler had replaced the bias-ply tires under his car with Mickey Thompson Pro Bracket Radials, and made some adjustments to his AFCO shocks. I had heard good things and read good things about that tire, and I had been seeing how well (Quick Fuel Technology Nostalgia Super Stock racer) Kevin Gass had been performing with them under his car, said Wheeler. It seemed like a good move, and I got my car to become more consistent in the 60-foot, and a little quicker. 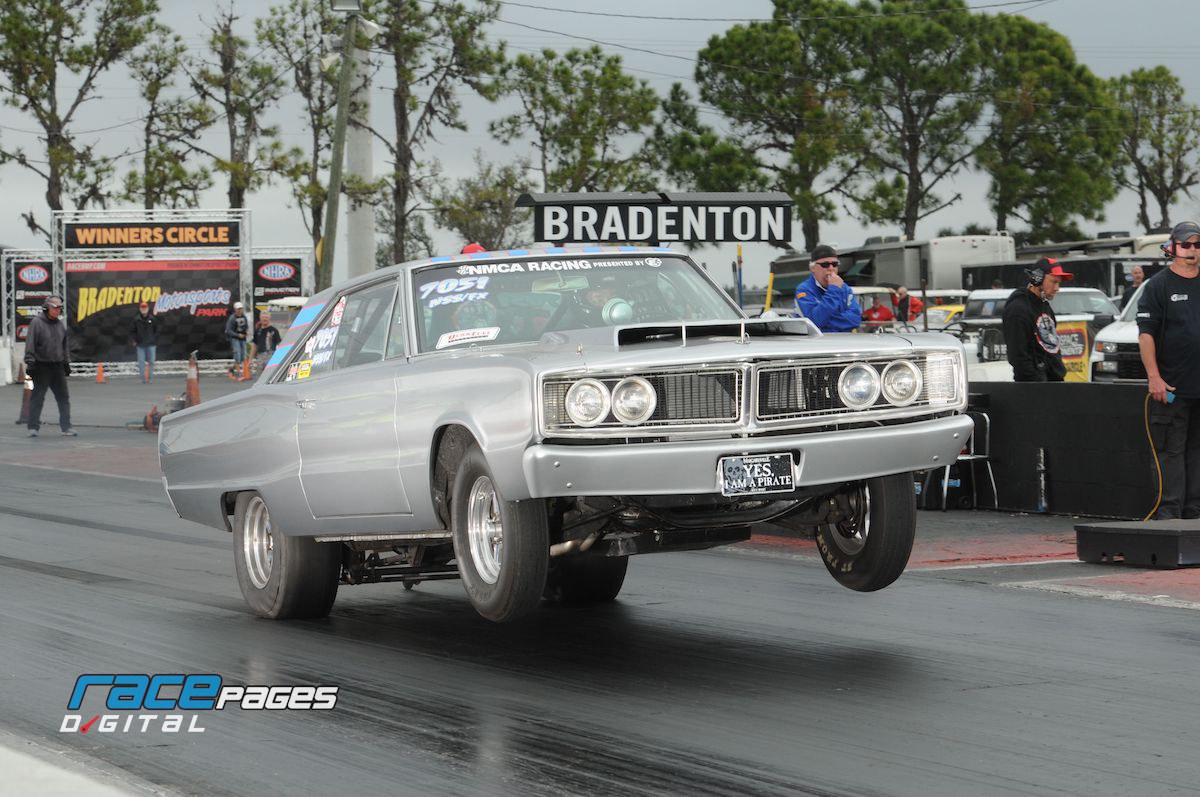 Over winter, Wheeler went over his car and combination to make sure everything would be race-ready when 2020 arrived. The engine looked good, and all I did was change to a new set of K-Motion valve springs and change the oil, said Wheeler. By the last week of February, Wheeler was at a test session at Atlanta Dragway with several of his fellow NMCA racers, including his father, Andrew Wheeler, and was pleased with the numbers he put down. With that, he headed to the NMCA's season-opening 18th Annual NMCA Muscle Car Mayhem presented by Holbrook Racing Engines in March at Bradenton Motorsports Park. There, he put a 9.50 on his windows, and a 9.505 on the board to qualify in the third spot, but in the process, he bent up his oil pan as well as the containment pan under it when his car came down from a high wheelie. The bottom got dented up, but it wasn't leaking and we were able to race, said Wheeler. After the drama, he went on to the final round of eliminations, where he turned on the red light and finished as the runner-up against Jim Netherland. The car was super-consistent at that event, and that made it a lot easier, said Wheeler, who replaced his Milodon oil pan after the event to be on the safe side. More recently, Wheeler, who's currently holding down the second place in NMCA Quick Fuel Technology Nostalgia Super Stock points, took part in the Summit Series Bracket Race at Atlanta Dragway, and took home the win in the Pro category. I tried to keep everything exactly how it is when I run NMCA, so that I could consider it practice, said Wheeler, whose daughter, Payton, sometimes joins him and his father at events. Wheeler is now ready for wide-open throttle at the 12th Annual Scoggin-Dickey Parts Center NMRA/NMCA All-Star Nationals, June 25-28 at Atlanta Dragway. I'm looking forward to the NMCA race in Atlanta, said Wheeler. I want to try to go rounds and finish the season in the top two in points, or even better, earn the championship. 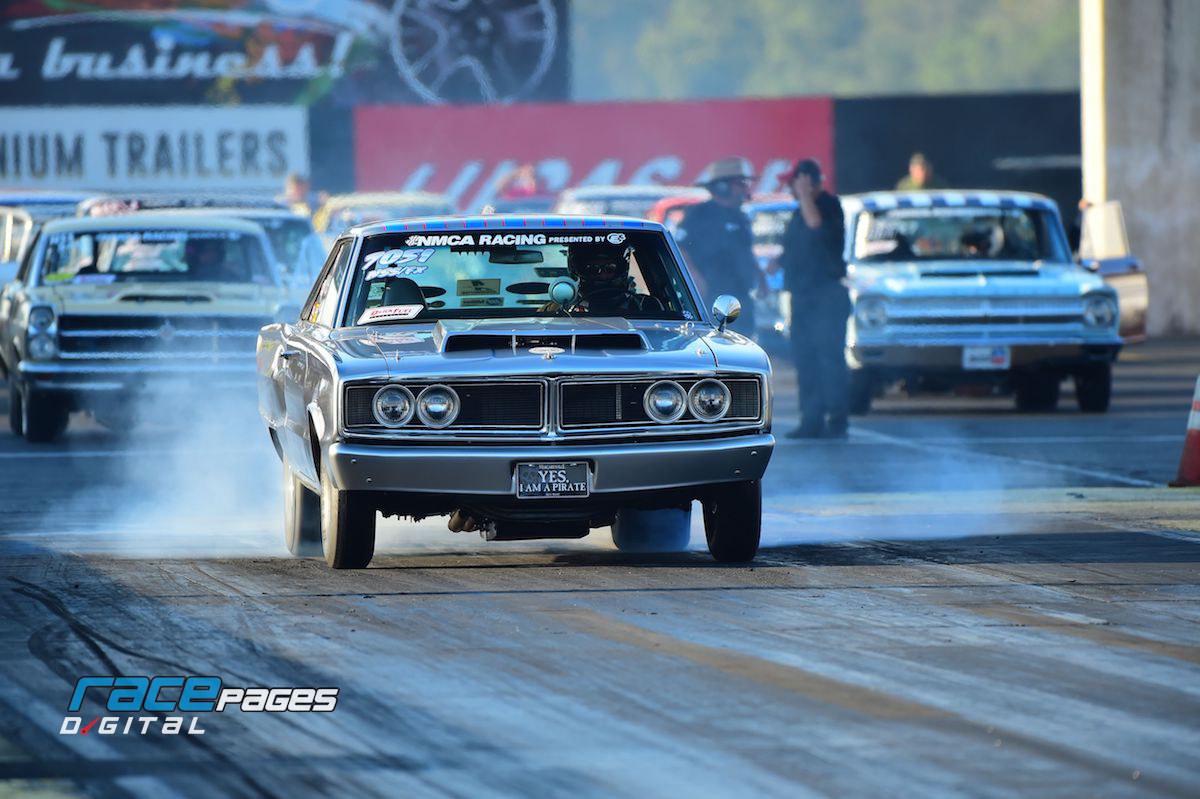