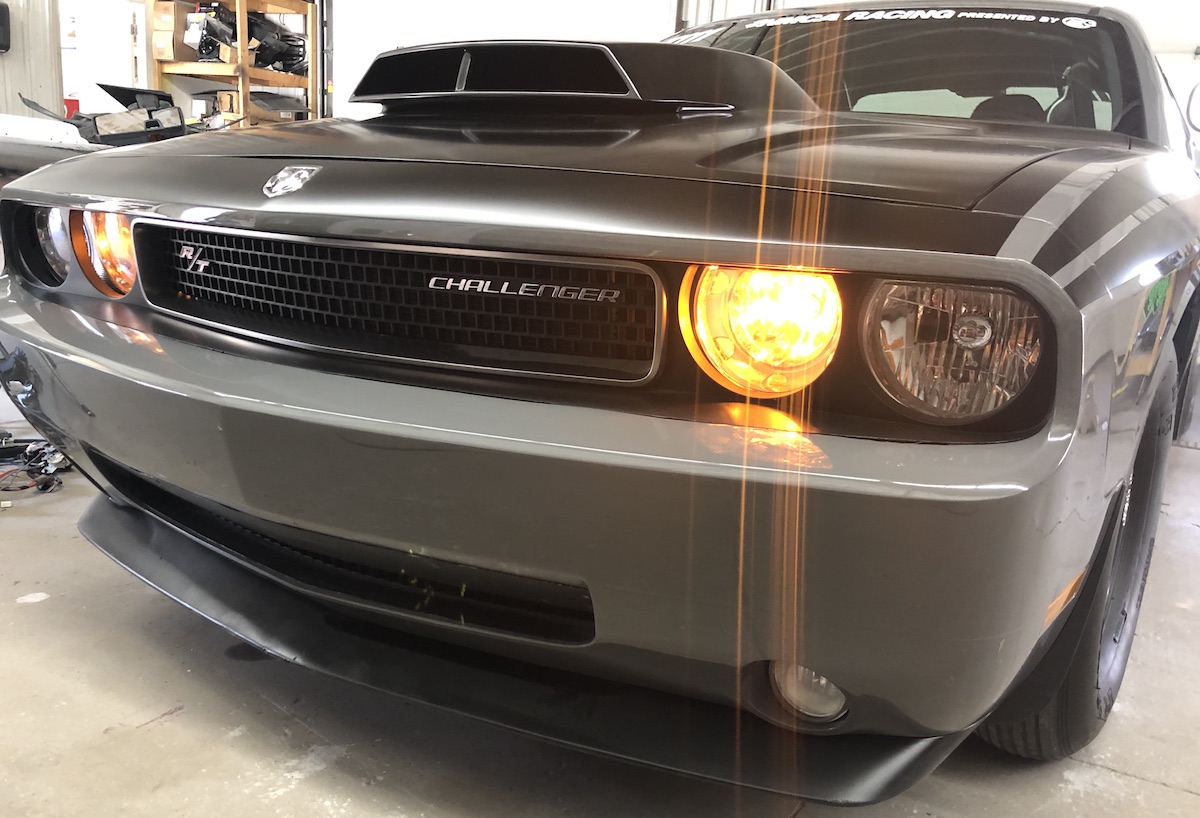 By Mary Lendzion Photos by NMCA and courtesy of Corimac Frees While Corimac Frees had been campaigning his Barracuda in NMCA Quick Fuel Technology Nostalgia Super Stock, he climbed out of the car two years ago. He had a solid reason for doing so, as he was preparing to take over his father and fellow racer Jeff Frees business, Jeff's Northshore Auto in Menasha, Wisconsin, and he was learning everything he needed to learn to run it as efficiently as his father had. But last winter, Corimac, who had sold his car to fellow racer Bruce Lang, was talking with his father about how he wanted to return to racing. I've been missing the adrenaline associated with racing, and we were talking about whether I should build an older car like the Barracuda my father runs in Nostalgia Super Stock, or a newer car like the Drag Pak Challenger my father runs in Stock/Super Stock Combo, and we decided to go with a newer car, said Corimac. Dennis Breeden, who races his DragPak Challenger in Stock/Super Stock Combo, mentioned that Keith Lynch was selling the Drag Pak Challenger he raced in NHRA Super Stock, and I bought it, and my father and I made the trip to Ohio to pick it up. The clean car, which Corimac will introduce to NMCA Coan Engineering Stock/Super Stock Combo, has under the hood a 5.7L Hemi engine, and Corimac plans to leave it as-is to see where he stands while putting some shakedown passes on the car which has a 9-inch rear-end. We know that the engine runs well, since Keith Lynch ran 9.40s with it, and we want to see how we fare with it, said Corimac. With help from his father, as well as his uncle and fellow racer Tim Frees, and his father's crew chief, Brian Bushweiler, Corimac is re-wiring the car. We're pretty much pulling a wire off and replacing a wire, one at a time, and we're almost done with that, said Corimac. The interior of the car isn't being overlooked, as Corimac has installed new carpet, repaired the headliner and re-wired the windows so that they go up and down with ease. He replaced some lights and gauges, and is having the seats recovered. He also repainted the 8.50-certified rollcage in the car. 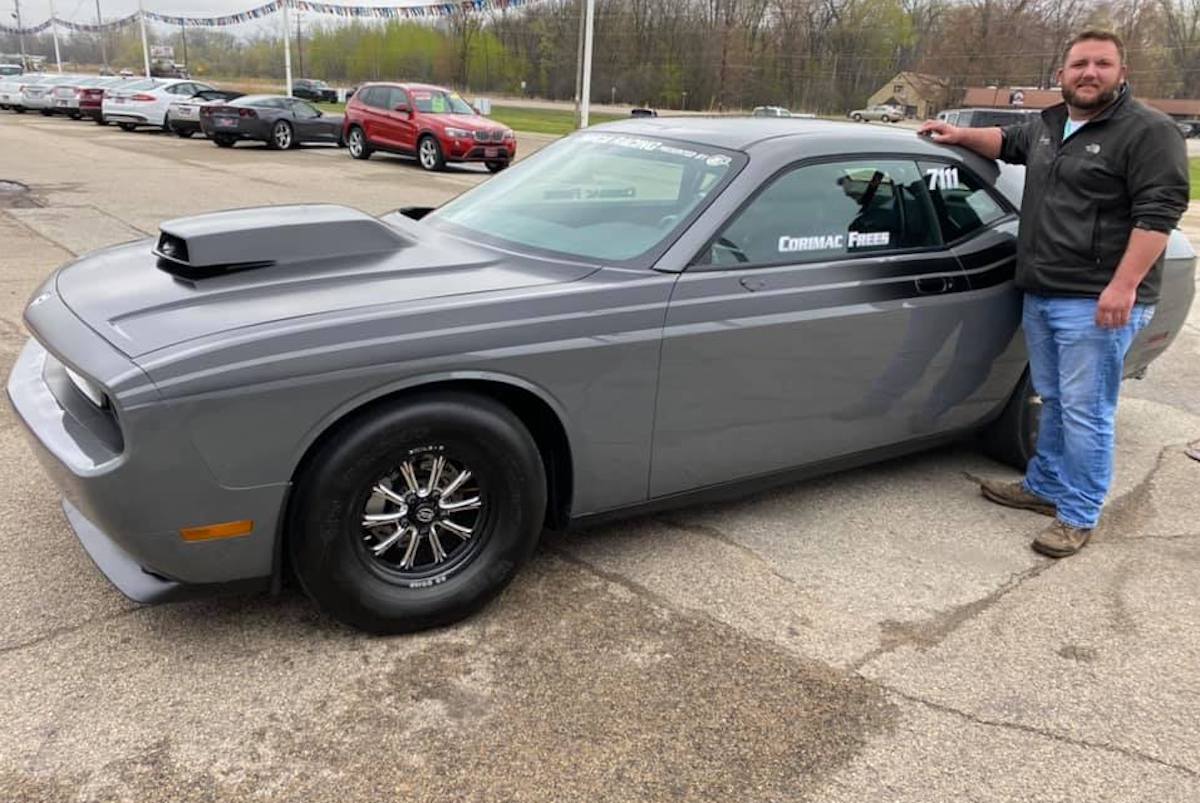 The rollcage was grey, and we painted it flat-black, said Corimac. We even pulled part of the dash out so that we could get to the forward bars to paint. Corimac relied on Ryan and Brandon Seefeldt to perform body work before painting the whole car. Ryan and Brandon have put their hearts and souls into getting the car sanded and painted, and then their dad, Dave, did the stripes on the side of the car, said Corimac. The car was different colors when I bought it, but I wanted it to be grey with black. We're going to put some graphics on the car with Hemi and Dodge stencils, so that it will look like my father's Challenger. The car rolls on a new set of RC Components wheels wrapped with Mickey Thompson tires in the front and Hoosier slicks in the back, and Corimac will use a FAST engine management system. We're going to pull some tune out of it to begin with, and if I can get dialed in for the 9.60 or 9.70 index, I would be happy, said Corimac. I know that the car is new to me, but I'm beyond excited and I'm hoping that I can roll the car out of the trailer, hit the button and go racing. I have good people helping me, including my father, who has taught me a lot and continues to help me a lot, and my mother, Tracy, who puts up with us. While Corimac may not make the 12th Annual Scoggin-Dickey Parts Center NMRA/NMCA All-Star Nationals, June 25-28 at Atlanta Dragway, he plans to be in competition at the 15th Annual Nitto NMRA/NMCA Super Bowl of Street Legal Drag Racing presented by HPJ Performance, July 30-Aug. 2 at World Wide Technology Raceway in Illinois. As announced last week, the event, which was to take place at Route 66 Raceway in Illinois, is being moved to World Wide Technology Raceway to accommodate regional re-opening plans after the Coronavirus pandemic. I'm so glad that I was able to take this from an itch to go racing to a reality, said Corimac. 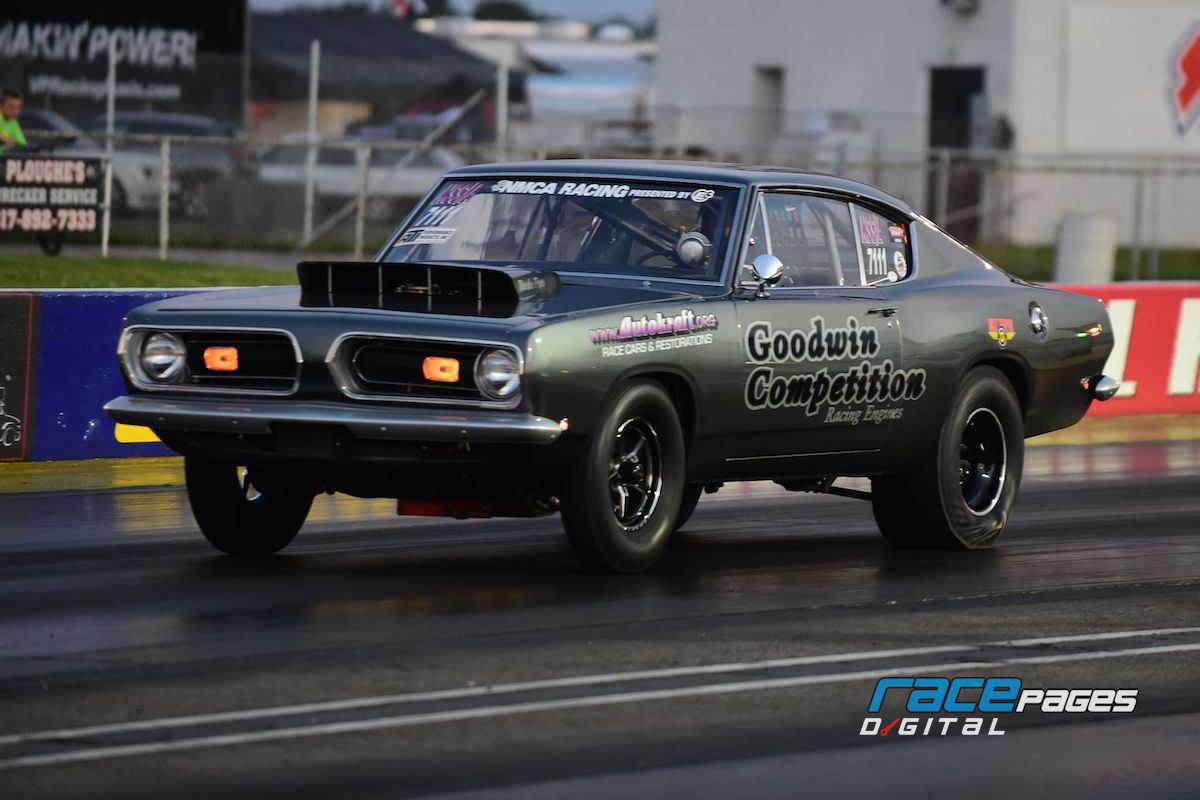