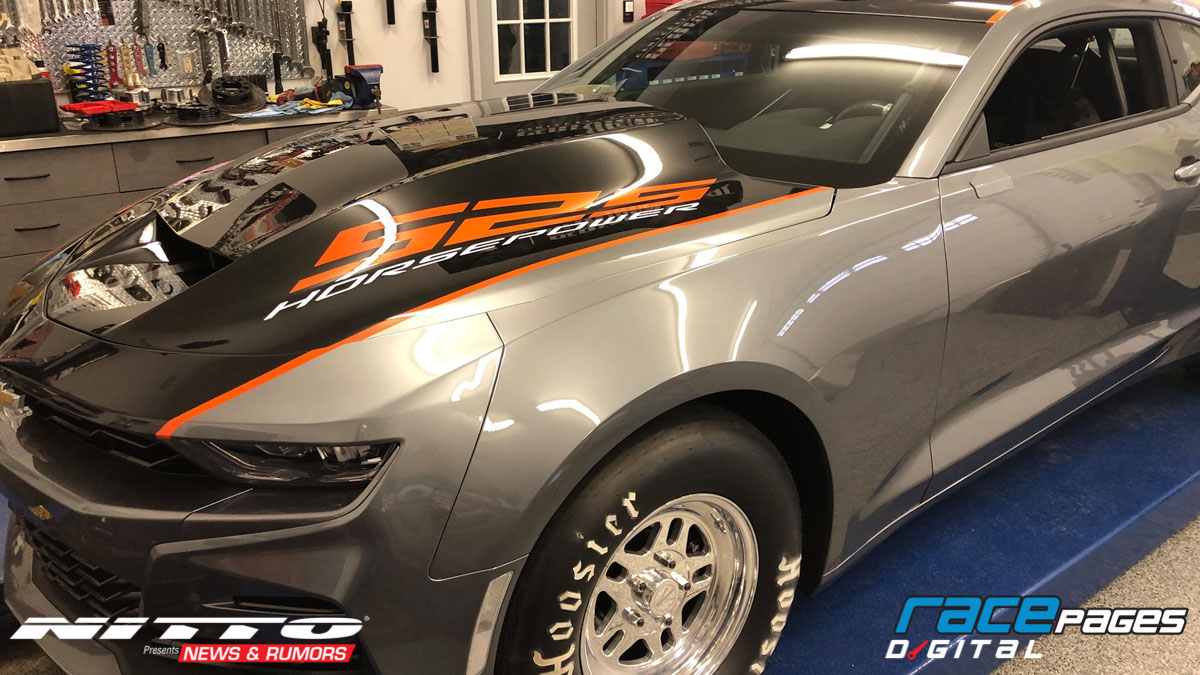 Fort Wayne, Indiana's Glenn Pushis is more than familiar with making big things happen. He's currently overseeing the construction of a 1.9 billion dollar steel manufacturing facility as part of his day job at Steel Dynamics, and in his personal time, he has accumulated three Chevrolet Performance Stock (CPS) championships across the NMCA and Chevrolet Performance Challenge Series. After a brief foray into Holley EFI Factory Super Cars and NHRA Factory Showdown, the COPO Camaro driver will once again compete in Chevrolet Performance Stock for 2021. Pushis pursued his CPS event wins and championships behind the wheel of a 2013 COPO Camaro, which began life as one of Chevrolet Performance's CRC or Camaro Rolling Chassis products. When he moved to the Factory Super Cars/Factory Showdown classes, he procured a 2016 COPO for that adventure and later sold the 13 to current CPS competitor, Scott Brown.

For 2021, Pushis decided to try his hand once more at Chevrolet Performance Stock. I got tired of beating my head against the wall and spending a lot of money trying to the get the COPO to be competitive, Pushis said of his feelings on the rules for those classes. It doesn't make sense to race for 10-11th place, and just makes more sense to go back to the crate motor class. There, it's up to the driver and what can you do with the torque converter, bearings, and optimizing the car.

Rather than convert his Super Cars-spec COPO for CPS duty, Pushis purchased a new 2020 CRC COPO Camaro and turned it over to Mike Lawrence at Turn Key Automotive for assembly. Backing the Chevrolet Performance DR525 crate engine is an RPM Transmissions Turbo 400 with a Coan Engineering torque converter. Bathed in Steel Gray, because I'm in the steel business, the 6th Gen Camaro-bodied COPO should be fast from the first drop of the Christmas Tree.

I plan to go out and have some fun, hang out with the guys, and be competitive, Pushis told us. If they truly give us a radial [tire], and a 100 lbs off, we'll have a 9.90 class! Pushis met his goal of having the car ready by the end of 2020, and plans to launch his attack on the class and begin his bid for the 2021 Chevrolet Performance Stock presented by Scoggin-Dickey Parts Center championship at the NMCA's Muscle Car Mayhem presented by Holbrook Racing Engines, the season opener held at Bradenton Motorsports Park in Bradenton, Florida, March 18-21.
Chevrolet Performance
,
Chevrolet Performance Stock presented by Scoggin-Dickey Parts Center
,
COPO Parts Direct
,
Glenn Pushis
,
Turn Key Automotive