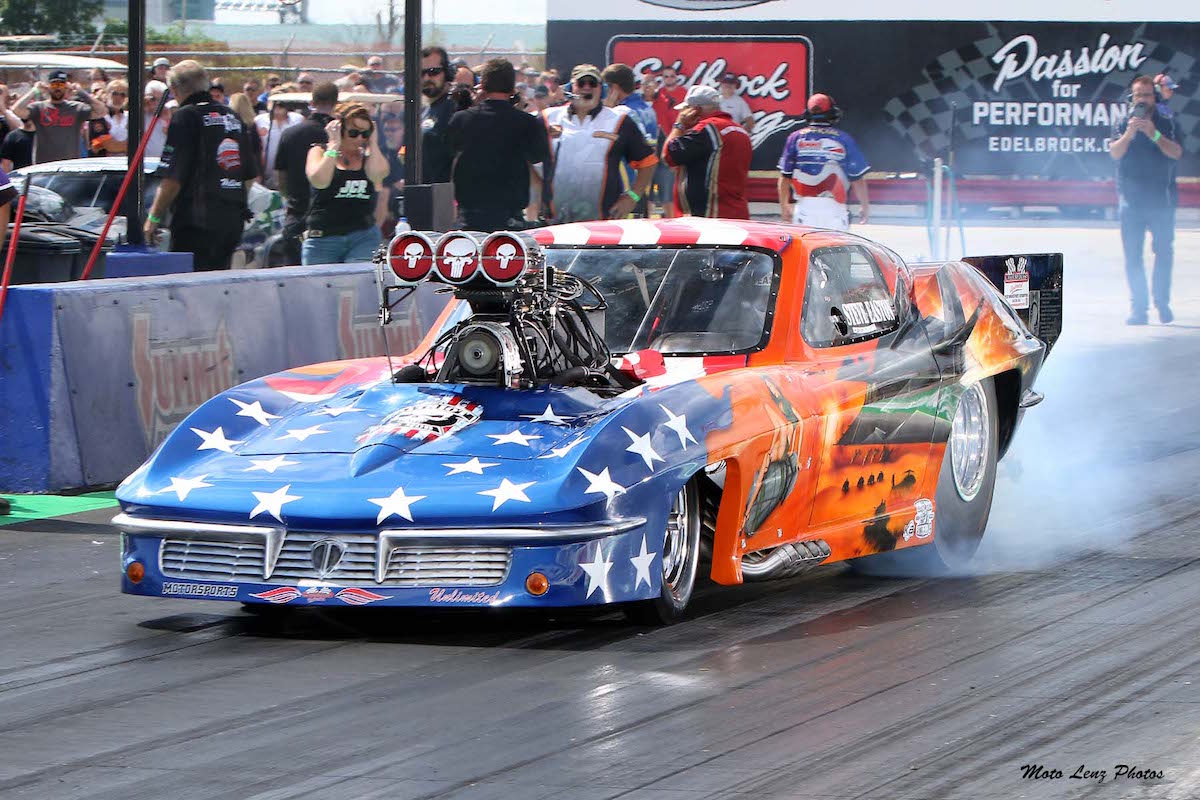 More than 30 drivers will give it everything they have to make the VP Racing Fuels Xtreme Pro Mod field at the 17th Annual Honeywell Garrett NMCA All-American Nationals, this weekend, Aug. 24-26 at Summit Motorsports Parkin Norwalk, Ohio, and among them will be Australian Steve Easton.

The car features a 521 cubic-inch Alan Johnson Hemi engine put together by the Patriot Pro Mod team with help from Ken Jusztzyk of Motorsports Unlimited, mechanical fuel injection and a Kobelco roots-style supercharger.

I met the Patriot Pro Mod guys about two years ago when I was working on an NHRA Funny Car, and I helped them with a few engines, said Easton. Then this year, after they made modifications to the car and went from a Chevy engine to a Hemi engine, I came on board to help them get a tune on the car by working on it and driving it. 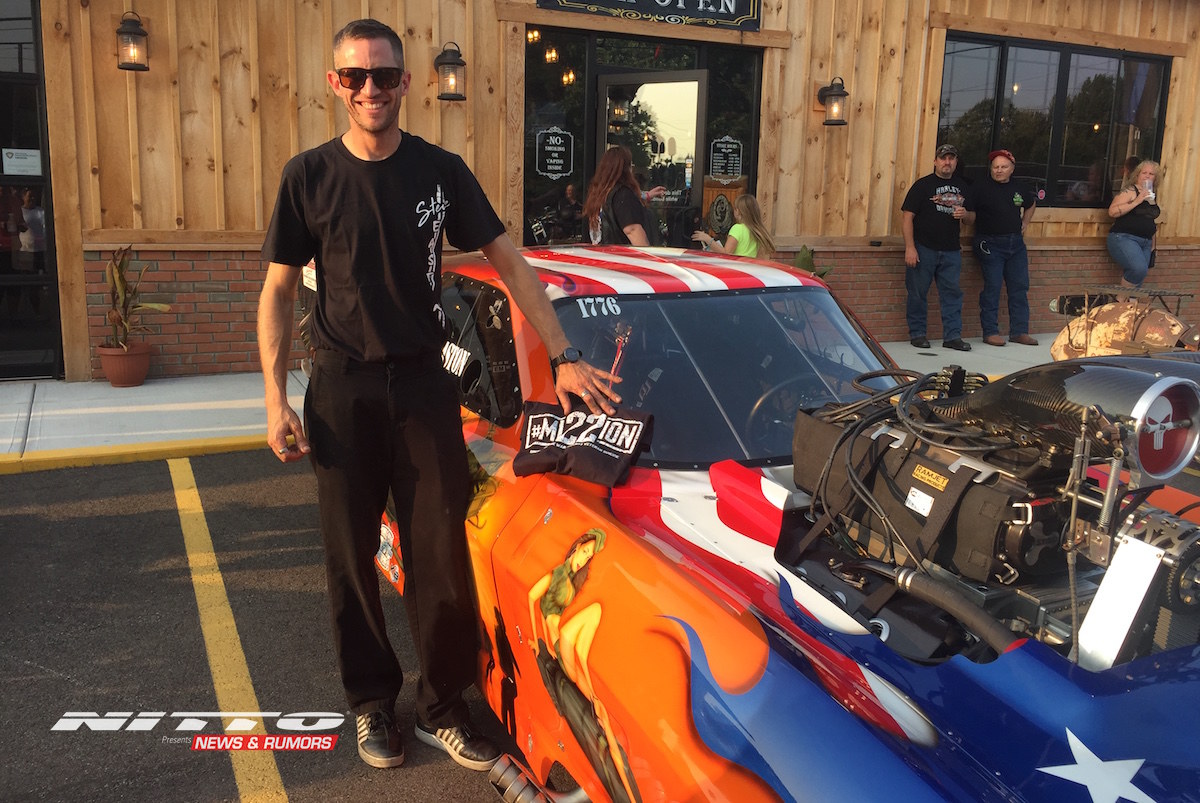 Just two races in, Easton most recently competed in the R&R Auto Body and DeCerbo Construction Rumble Wars Extreme 8 category in front of a capacity crowd at the 41st Annual Kelly Services Night Under Fire on Aug. 11 at Summit Motorsports Park, and while he didn't advance through the rounds, he collected valuable data for the combination.

We're getting everything sorted out for the NMCA race this weekend, said Easton, who also plans to take part in a pre-event test session on Thursday at Summit Motorsports Park. I'm really optimistic that we can get on top of this new engine package and make some competitive runs among this amazing Pro Mod field. Winning is what gets me out of bed every day, but I have to remember that this new engine package hasn't had a full-pass down track yet, so for now, we're looking for some clean hits.

We have gone through every square inch of this race car, and even though we're working with a new engine and we have limited data, we're very close to getting a baseline tune with the new engine, and we're making nice strides, said Minadeo. We're looking forward to the test session at the track on Thursday, because that's when we'll be able to do the most push-ups, as I like to say. We're also looking forward to taking part in an NMCA race for the first time.

Catch Easton and the Patriot Pro Mod team in action with their Motorsports Unlimited-back car at the event which will also feature the 50th Anniversary Ford Performance Cobra Jet Reunion presented by TascaParts.com and the Chevrolet Performance Challenge Series. Then, they're set to return to Summit Motorsports Park for the Summit Racing Equipment Shakedown at the Summit presented by Mickey Thompson Performance Tires & Wheels, Sept. 13-16. 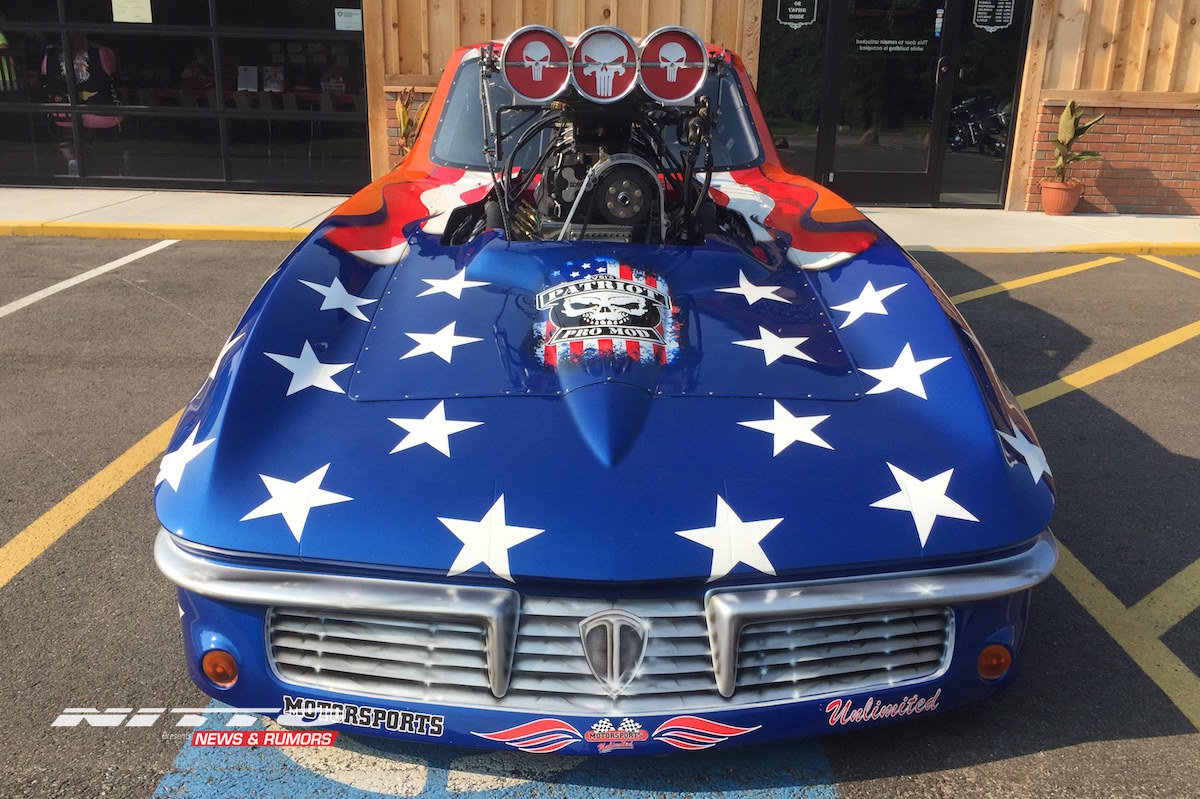