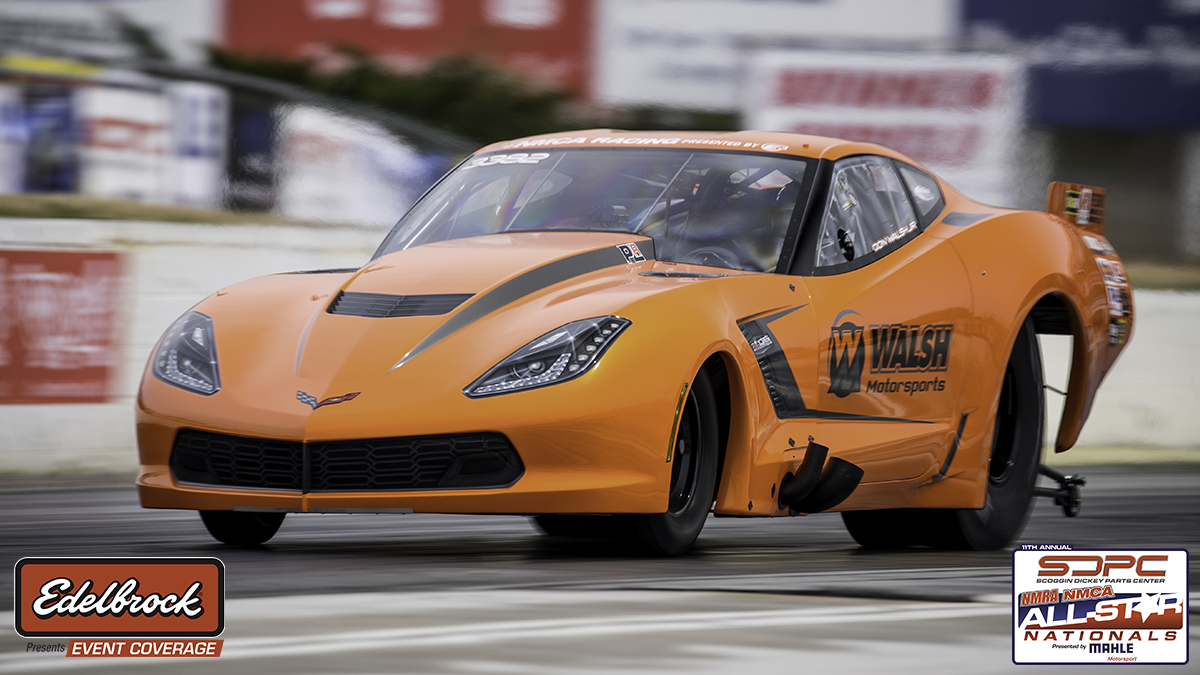 The VP Racing Fuels Xtreme Pro Mod thundered into Atlanta Dragway for the 11th annual Scoggin-Dickey Parts Center NMRA/NMCA All-Star Nationals, presented by MAHLE Motorsport over the first weekend of April. Racers were armed with gigantic nitrous engines, whispery quiet turbocharged engines, and big ole honkin supercharged combinations for their assault on the 3.70s and 200mph zone. The trip to Georgia saw the return of 4-time NMRA Pro 5.0 champion and last year's runner-up in the Xtreme Pro Mod category, Don Walsh Jr. from Michigan. He was joined by Daniel Pharris who returned with his 2016 Shelby GT350, which had recently reset the Radial vs. The World record during the Duck X Productions Sweet 16 competition a few weeks prior. Nitrous racer Jackie Sloan also rolled down to Atlanta Dragway for his first outing of 2019 and he brought his nitrous-gulping 1969 Camaro with him. Sloan also enlisted door-slammer legend Shannon Jenkins to handle crew chief duties and keep the Pat Musi Racing Engines 903ci engine tuned to perfection. Pharris would top the qualifying sheets, though he and Walsh volleyed that honor back and forth through three rounds of qualifying. Pharris went under the national record with a 3.728 to grab the top spot. However, it was Walsh who shined brightest in eliminations and would set low ET of each round thanks to a string of low 3.70s from his C7 Corvette. Walsh met Pharris in the finals the Vette ran 3.725 to overtake Pharris 3.750, locking down the victory with a celebration in the Aerospace Components Winner's Circle and walking away with the category's record. The next stop on the NMCA Muscle Car Nationals tour is Memphis International Raceway for the inaugural COMP Cams NMCA Memphis Homecoming May 2-5, 2019. For more information advance tickets visit www.NMCAdigital.com/TN [envira-gallery id="13181"]
Atlanta Dragway
,
FuelTech USA
,
MAHLE Motorsport
,
Precision Turbo
,
Pro Line Racing
,
Pro Mod
,
Scoggin Dickey Parts Center
,
VP Racing Fuels