Where It All Started Frankenstein Engine Dynamics 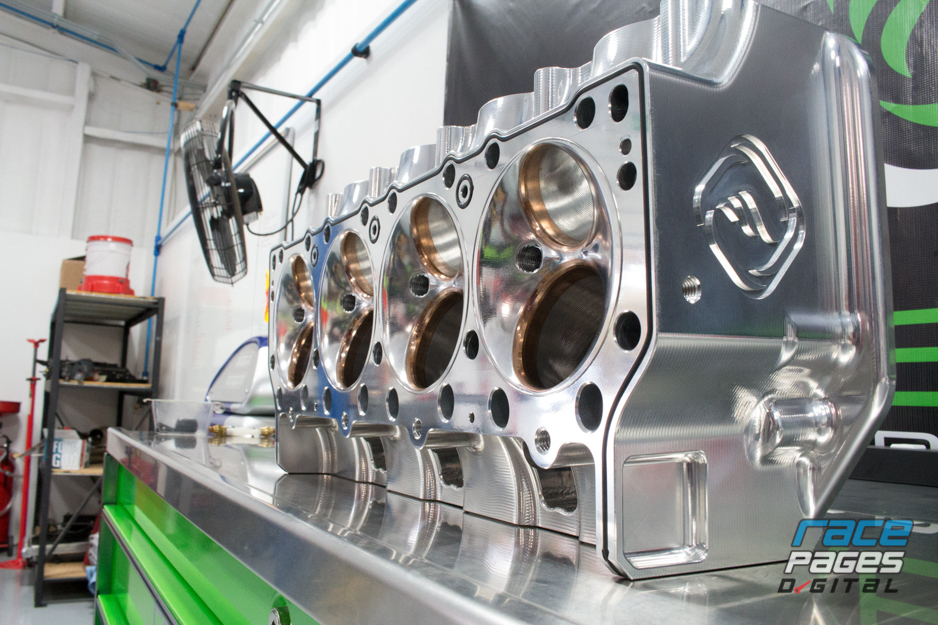 Written by Ainsley Jacobs Photography courtesy of Frankenstein Engine Dynamics From his teenage days porting cylinder heads and learning theory from a NASCAR veteran, Frankenstein Engine Dynamics mastermind Christopher Frank has been involved with practically every form of professional motorsport and his company is rapidly gaining popularity as a result. Originally from Florida, Frank, now 37, graduated in 2004 with a mechanical engineering degree. I worked for a few different NASCAR and NHRA Pro Stock teams designing intake manifolds and cylinder heads, and doing contract labor, he said of his career in the early 2000s.

Frank bounced around a bit before settling in North Texas, officially started Frankenstein Racing Heads in 2005 as a sole proprietorship, and worked primarily out of a shop at his home. At first, Frank was only working with professional-level teams and high-end manufacturers to outsource his engineering and other services. Focused on research and development, he traveled the country and learned hands-on what worked, and what didn't. Eventually, though, he had enough of the politics that came with the pinnacle of racing and decided to branch out into the street-car scene. The controversy took the excitement out of it, especially when I was pouring my heart and soul into creating the best products that I could, he added.

Frank moved his operations to a 5,000 sq-ft facility in Joshua, Texas, in 2010 and the change, coupled with his focus on Frankenstein's own product line, worked out well. Frank started designing and producing proprietary items, including billet intake manifolds and cylinder heads, while developing relationships with other suppliers and manufacturers. I wanted to bring my professional level of expertise to the everyday street-car guy, explained Frank, who prides himself on his top-notch attention to detail and has been a part of championship wins for NASCAR, NHRA Pro Stock, Top Fuel, Pro Mod, and even the Rolex 24 Hours of Daytona. In 2013, Frankenstein Racing Heads purchased its first CNC machine, a Centroid unit, and also hired its first employee, Jesse Meagher Frank's original Centroid trainer. In late 14, longtime cylinder head porter Brad Hall came on board with a host of impressive accolades of his own, and the three men were the core of the company.

The growth continued, and in 2016, Frankenstein moved to its current location in Weatherford, Texas. Frank rebranded to Frankenstein Engine Dynamics, hired more staff, and continued expanding. Soon, he added on an additional 10,000 sq-ft to double the original footprint, and installed a state-of-the-art engine dyno cell to build and test in-house. Soon, a Spintron machine was added for valvetrain testing, along with several car lifts, a SuperFlow dyno, and a Mainline hub dyno to enable testing of Frankenstein's billet Hemi Pro Mod cylinder heads. We bought a 17 Z06 Corvette, 17 Dodge Hellcat, 17 LZ1 Camaro, and a GT350 Mustang so that we could take components off, reverse-engineer them, and make them better, he elaborated of the rapid growth, which also called for another 4,000 sq-ft addition. Around the same time, Frank wanted to legitimize the business even more and invested in getting licensed as a government-approved engineering firm. We wanted to show that not only are we preaching what we're doing, we're proving it, he stated, adding that the company is also currently working toward its ISO 9001 quality assurance certification. We also really want to work hard on educating our customers, and the market, and make our knowledge a resource that the community can benefit from. By 2018, Frank's business had full product-development capabilities and was seeing growth of more than 50 percent year over year. Four more Mazak five-axis CNC machines put them at the top of the high-performance cylinder head and intake manifold manufacturing game, and new partnerships with retail distribution warehouses will make it easier than ever before for NMRA and NMCA racers to get their hands on Frankenstein Engine Dynamics proven products.
Frankenstein Engine Dynamics
,
Where It All Started