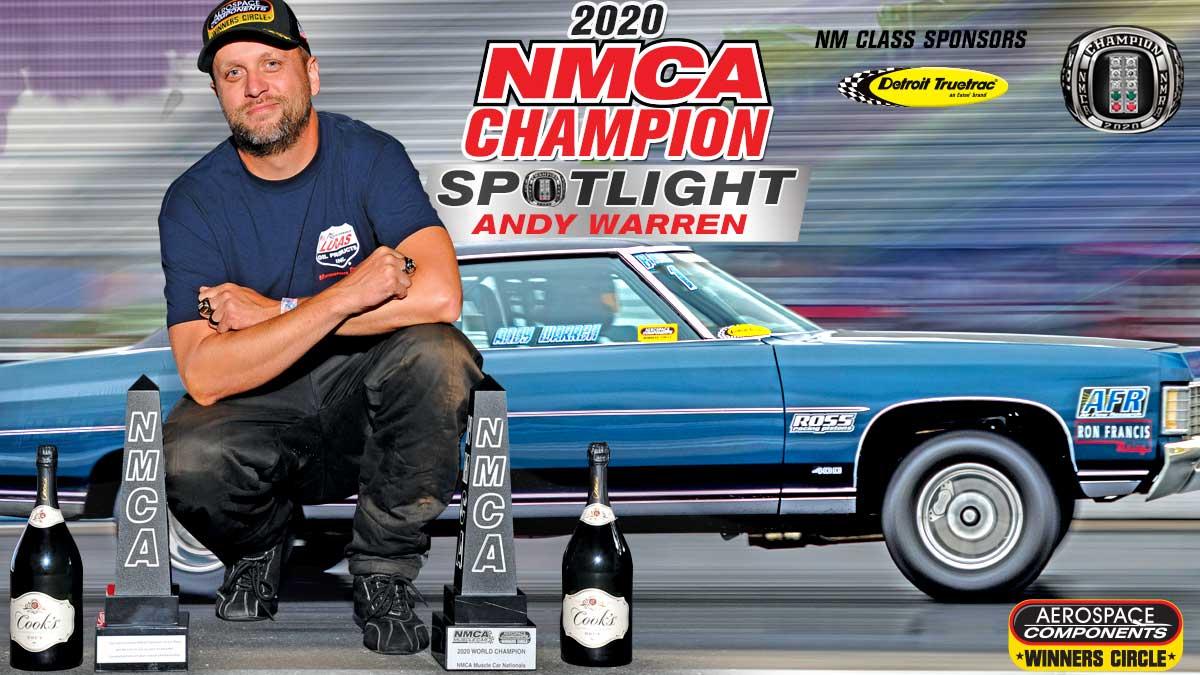 By Mary Lendzion Already an eight-time champion in NMCA Detroit Truetrac Nostalgia Muscle at the beginning of 2020, Andy Warren wanted to become a nine-time champion in the category by the end of the year. His chances were good, as he's as competitive as they come in his Caprice. The Kentuckian qualified in the tenth spot with a 10.03 on a 10.00 index in his car packing a small-block Chevrolet by Knieriem Racing Engines at the first NMCA event of the season, the 18th Annual NMCA Muscle Car Mayhem presented by Holbrook Racing Engines in March at Bradenton Motorsports Park in Florida. While trying to track down some issues, however, he lost in the first round of eliminations on a breakout. Determined to go rounds, he qualified in the second spot with a 10.256 on a 10.25 index and went all the way to the coveted Aerospace Components Winner's Circle with a 10.31 at the 12th Annual Scoggin-Dickey Parts Center NMRA/NMCA All-Star Nationals in June at Atlanta Dragway. It had been several years since I saw a final round there, said Warren, who has unwavering support from his wife, Shelby Warren, his brother and fellow racer John Warren, and his parents, John and Brenda Warren, among many others. 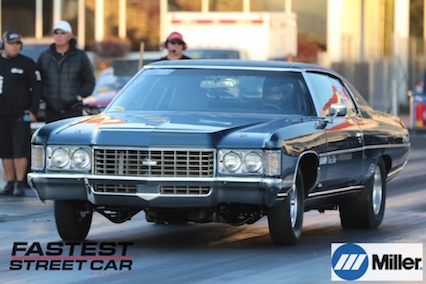 He went on to qualify in the fifth spot with a 10.27 on a 10.25 index and exited eliminations in the semifinal round of eliminations with a 10.29 at the Nitto Tire NMRA/NMCA Super Bowl presented by HPJ Performance in early August at World Wide Technology Raceway in Illinois. Then, after qualifying in the seventh spot with a 10.28 on a 10.25 index, he again exited in the semifinal round of eliminations with a break out time of 10.24 at the NMRA/NMCA All-American Nationals presented by Force Engineering, in late August at U.S. 131 Motorsports Park in Michigan. At that point, Chad Brewer had the lead in points, said Warren. The pressure was on from there. I wanted to go into the last event of the season well-conditioned and rested. I got a little seat time beforehand, and I noticed Chad did as well. If Warren was shaky going into the final event of the season, the 19th Annual Nitrous Supply NMCA World Street Finals presented by Chevrolet Performance, in September at Lucas Oil Raceway in Indiana, he didn't show it. He qualified in the sixth spot with a 10.26 on a 10.25 index and ran to a runner-up finish with a break out time of 10.24. But, even more importantly, he earned his ninth Detroit Truetrac Nostalgia Musclechampionship. I was fine with a runner-up finish at the event because the Nostalgia Muscle championship meant more to me than a race win, said Warren. While the Coronavirus pandemic prevented NMCA from having its annual ceremony to celebrate champions, each was invited to share the words they would have shared on stage in front of their fellow racers, family and friends. 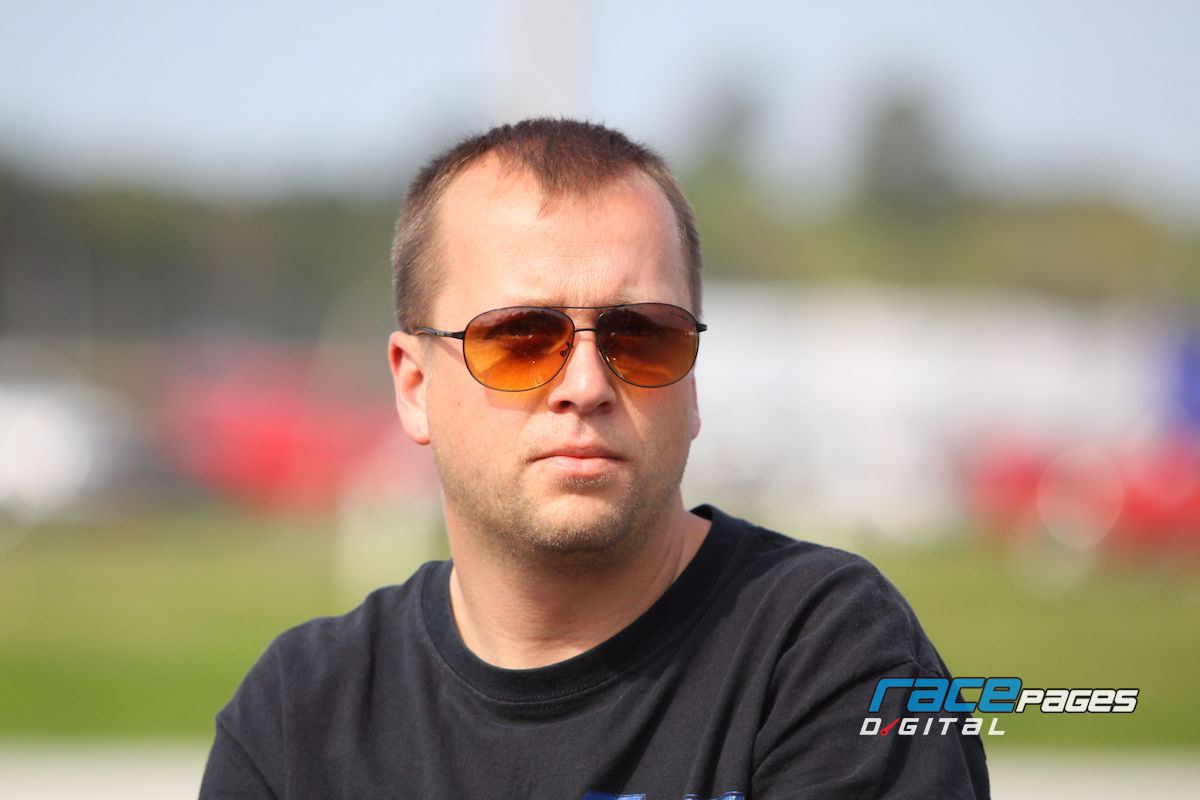 HOW DOES IT FEEL TO HAVE EARNED A CHAMPIONSHIP DURING SUCH AN UNUSUAL SEASON I just feel very lucky that the NMCA team was able to keep fighting and get most of the season in. There were plenty of other races outside of our series that were canceled completely. With one race omitted from the season, it made the points chase even tougher. WHAT WAS THE BIGGEST CHALLENGE YOU OVERCAME ON YOUR WAY TO EARNING THE CHAMPIONSHIP The biggest challenge I had was the season-opener in Bradenton. I had several parts gremlins show up, and struggled with the car all weekend, which led to a first-round loss. The season-opener had always been a make-it or break-it deal for me, and hauling sixteen hours to lose in the first round was the icing on the cake. Luckily, Moroso was able to get parts to me to get the car back in order for the next event in Atlanta. WHICH FAMILY MEMBERS AND FRIENDS WOULD YOU LIKE TO THANK FOR SUPPORTING YOU ALONG THE WAY My wife, Shelby Warren, my brother, John Warren, my mom and dad, John and Brenda Warren, the rest of my family at home, Libersher Racing Family, Craig Watson, Adam Cox, Rick and Kris Pentecost, Tim Knieriem and Alanna Wethington for watching the fur babies while we are away. WHICH SPONSORS WOULD YOU LIKE TO ACKNOWLEDGE Fuelab, TRZ Motorsports, Lucas Oil, Ron Francis Wiring, Air Flow Research, Kicker Audio, Mickey Thompson, VP Racing Fuels, Knieriem Racing Engines, Ross Pistons, Comp Performance Group, Jesel, BAM Lifters, Moroso Competition Products, Ultimate Converter Concepts, Bilbrey Transmission, Fast Shafts, Strange Engineering, Menscer Motorsports, XS Power, American Racing Headers and E3 Spark Plugs and Kestrel Meters. WHAT DO YOU ENJOY ABOUT RACING IN NMCA DETROIT TRUETRAC NOSTALGIA MUSCLE CAR The racers in Nostalgia Muscle are a big family. We're all close friends and support one another. You cannot find a closer group of racers, but we race hard against each other when the time comes. It's not only our class that has this kind of vibe. The entire series is this way. That's what I really enjoy about the series. It's the formation of a life-long extended family for me. 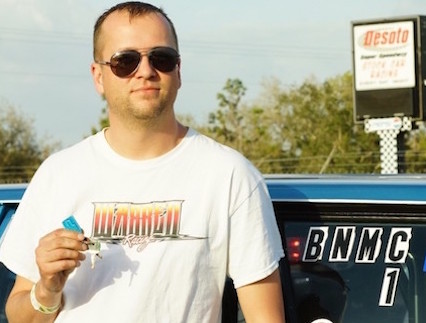