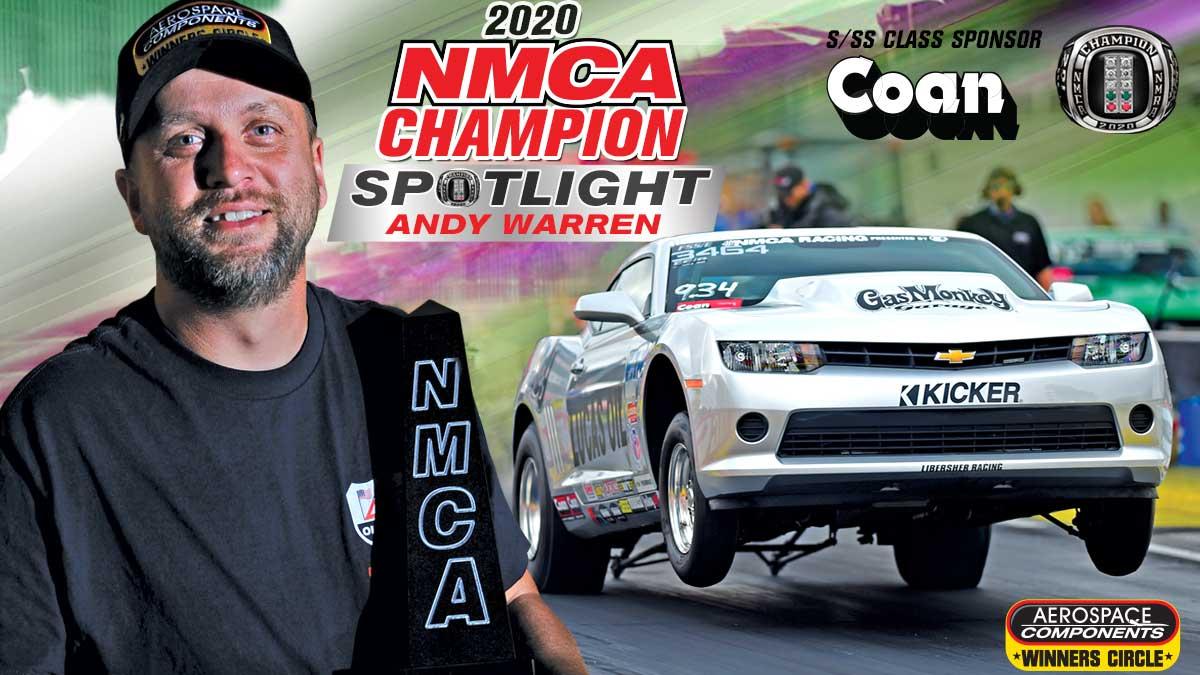 Andy Warren was racking up wins in his Caprice in NMCA Detroit Truetrac Nostalgia Muscle when Scott Libersher invited him to climb into the cockpit of his COPO Camaro for Coan Stock/Super Stock Combo competition in 2019.

The Kentucky-based driver didn't have to think about it for long before accepting Libersher's offer, and in no time, he was as competitive in the COPO Camaro as he is in his Caprice.

With his heart set on capturing a championship in the new-to-him category in 2020, Warren wheeled to a 9.07 on a 10.30 to qualify in the tenth spot, and later, a runner-up finish after a red light, at the series season opener, the 18th Annual NMCA Muscle Car Mayhem presented by Holbrook Racing Engines in March at Bradenton Motorsports Park in Florida.

After a decent freshman year in the COPO, Scott Libersher and I talked it over and decided to take a stab at winning a championship in Stock/Super Stock Combo, said Warren. We felt that with my late 2019 performance in the car, we had something to work with. We were right.

Warren went on to qualify in the tenth spot with a 9.30 on a 10.30 and exited in the first round of eliminations after a red light at the 12th Annual Scoggin-Dickey Parts Center NMRA/NMCA All-Star Nationals in June at Atlanta Dragway. A few months later, he qualified in the eighth spot with a 9.23 on a 10.35 and exited eliminations in the third round with a 9.29 on a 9.26 at the Nitto Tire NMRA/NMCA Super Bowl presented by HPJ Performance in early August at World Wide Technology Raceway in Illinois. 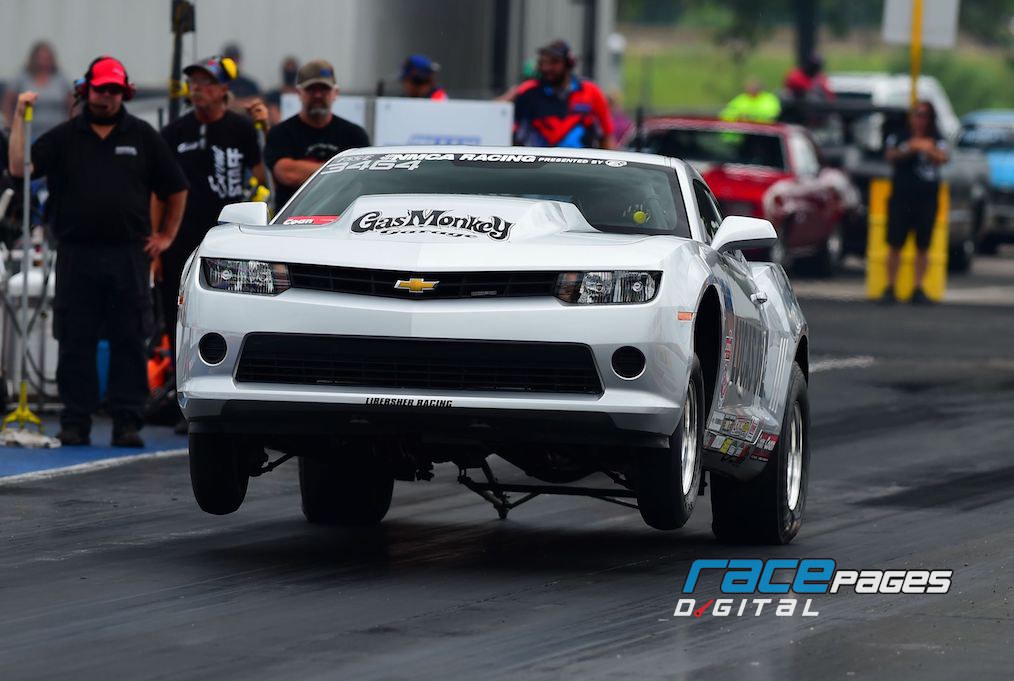 The busy driver qualified in the twentieth spot with a 9.31 on a 10.35 and lost in the first round of eliminations with a 9.29 on a 9.31 at the NMRA/NMCA All-American Nationals presented by Force Engineering, in late August at U.S. 131 Motorsports Park in Michigan. He didn't have to put the COPO Camaro away, however, as he had entered the Chevrolet Performance COPO Camaro Shootout presented by COPO Parts Direct at that event, and made it to the semifinal round of eliminations.

With that weekend wrapped up, Warren was in the chase for a Coan Stock/Super Stock championship going into the final event of the season, the 19th Annual Nitrous Supply NMCA World Street Finals presented by Chevrolet Performance, in September at Lucas Oil Raceway in Indiana. Cool under pressure, he qualified in the fourteenth spot with a 9.27 on a 10.35, finished as the runner-up with a 9.34 on a 9.35 and earned the championship.

I couldn't have made it all happen without Scott Libersher and the Libersher Racing family, said Warren, whose NMCA Detroit Truetrac Nostalgia Muscle accomplishments are covered in a separate story. It means a lot that they trust me with the car, and I appreciate the opportunities to race together. I also couldn't have done it without my wife, Shelby, who is with me every step of the way. Craig Watson was a key part of the successful weekend in Indy. He helped me get set up, work on tune-ups, get cars back and forth to the lanes and cool and fuel when it came down to the wire. This championship is special because I was able to win it while racing two cars all season long. 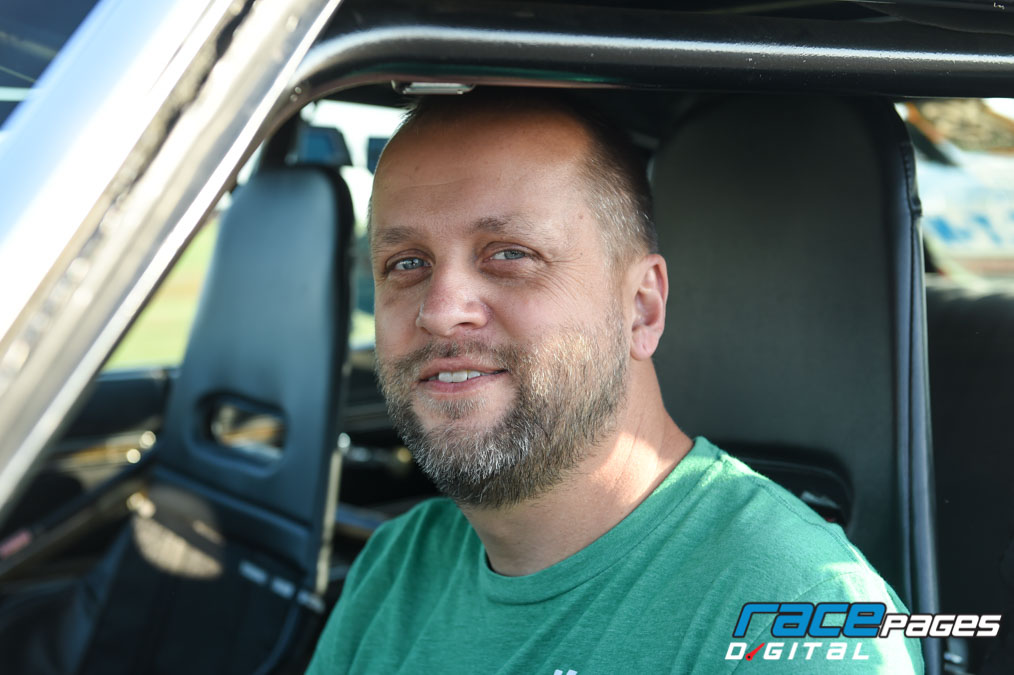 Once Atlanta was canceled in April and then St. Louis in May, I really didn't think the series would recover. Steve (Wolcott), Rollie (Miller) and the entire team worked really hard to make it happen. I really praise them for that. I'm only able to race the COPO at NMCA events, so there was a big gap where I wasn't able to get seat time. Some of the other points runners were able to continue racing, so being able to lock up the championship with one race missing and a large gap between events is a huge accomplishment.

The biggest challenge was finding the sweet spot in the COPO. I raced it in 2019, but was not able to find that comfort zone. I found it in Bradenton this year, was deadly all weekend, and made it to the finals. This brought confidence and allowed me to continue to go rounds.

Stock/Super Stock Combo has brought in a lot of well-known and historic racers in the industry. To be able to win rounds, and even a championship, means a lot. To lock in the championship in Indy, I had to get past my local childhood racing hero, Mike Morris. Then I had to race his brother in the final. The competition keeps getting tougher and tougher. NMCA's race structure and great customer service is what is making Stock/Super Stock Combo continue to grow. 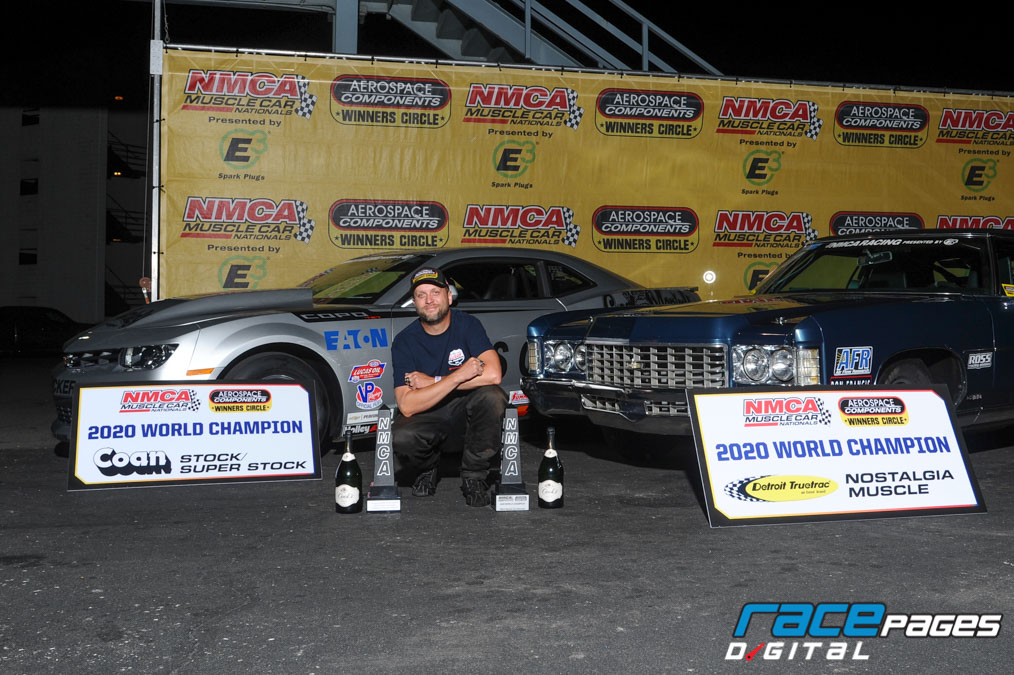