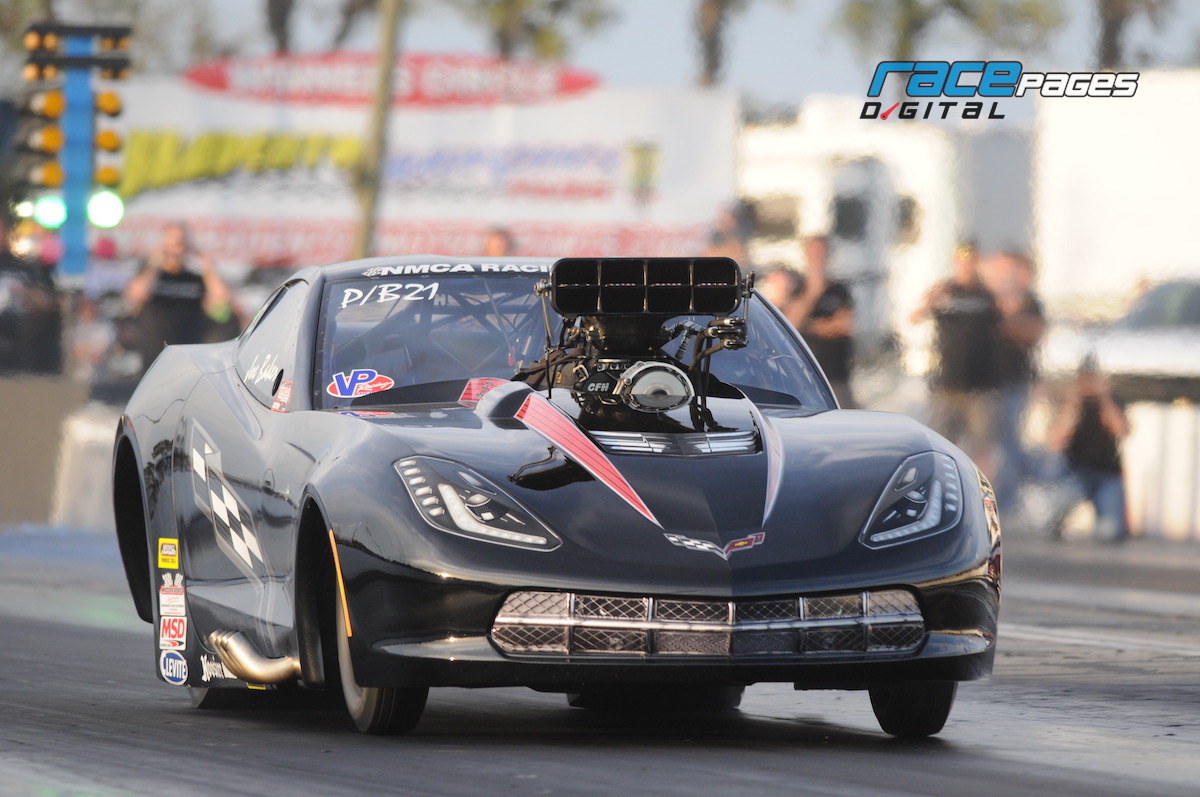 Among them was Joe Baker, who recorded a remarkable 3.72 in his 2016 Corvette to lead qualifying, but during the semifinal round of eliminations on Sunday, things went horribly wrong.

Baker, who was in the right lane, was racing Tom Blincoe and his 1963 Corvette when he got loose about 200 feet out and impacted the wall.

With an eerie silence over the race track as professionals formed a circle around Baker and his car at the top end of the track and tended to him, racers, race fans, crews and staff pulled for him, and there was a collective sigh of relief when it was announced that he was alert and being taken to the hospital.

I had a wiggle and the car went toward the center line, said Baker, who has been racing for 35 years, with 15 of those being in the Pro Mod ranks. I tried to reel it in, but I couldn't. It happened so fast. I went into the right wall at a 45-degree angle, and then I went into the left wall. I remember hitting the first time, but then I was knocked unconscious. It knocked me silly. Then, I remember them trying to get me out of the car. They did a great job getting me out.

Baker, who's severely bruised and sore, was released from the hospital the night of the accident, and was joined by family to make the trip to his Florida home. He had a follow-up appointment with his doctor today.

It was pretty jarring, especially for my chest area where my harness grabbed me, said Baker. But the doctor confirmed that no bones are broken.

As for the car, Baker confirms that it's a loss.

We'll be out for the season, and honestly, I don't know what we can do after that, said Baker. I have to regroup and see where I'm at. When I can and when it's time, I'll try again.