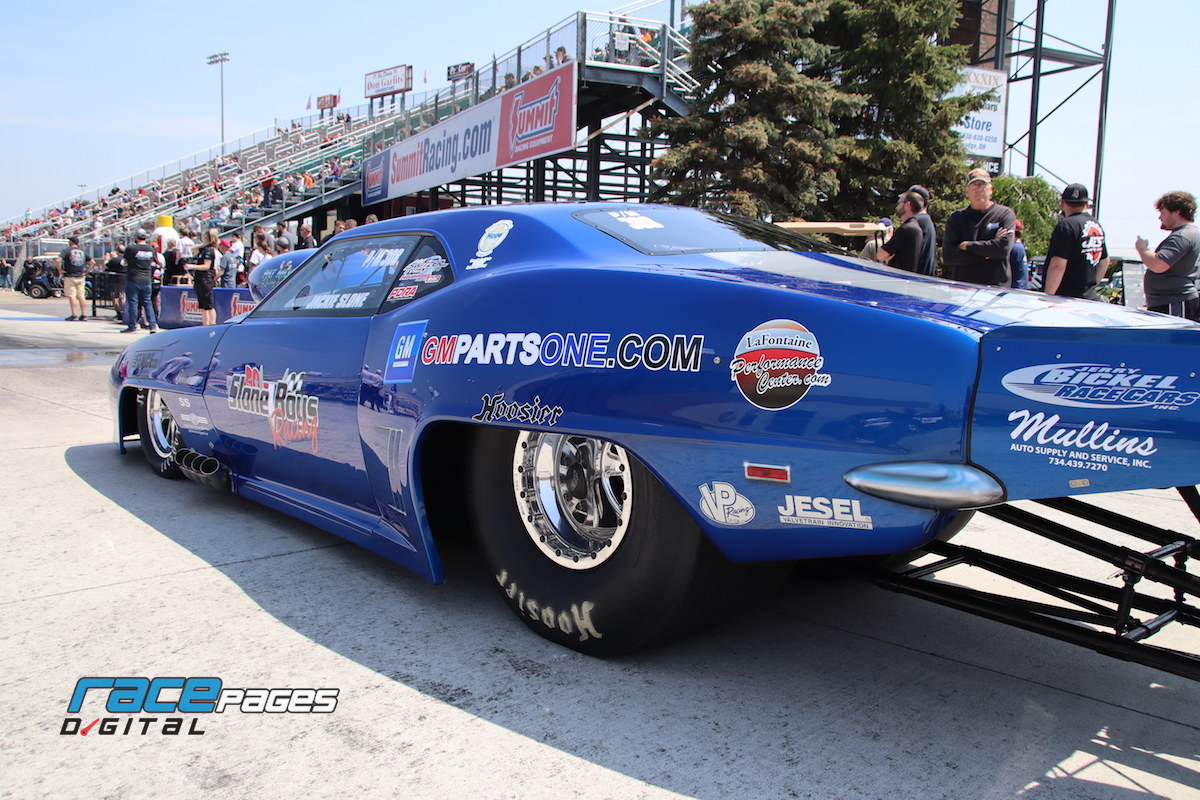 By Mary Lendzion For the past two years, Jackie Slone held his own while driving his David Janes Race Cars-built 1969 Camaro-bodied car in NMCA VP Racing Fuels Xtreme Pro Mod. He went as quick and fast as 3.78 and 200 mph in the eighth-mile in the car, but he recently decided to sell it and purchase the Jerry Bickel Race Cars-built 1969 Camaro-bodied car previously owned by Richard Freeman and driven by Danny Sauro in PRDA Pro Nitrous. When we left the NMCA race at Atlanta Dragway in April, we could see that the competition was getting a little faster and better in all aspects, and we knew that we needed to try to keep pace, and we thought that getting this car would put us where we wanted to go, said Slone. The Michigan-based driver installed into the car a 959 cubic-inch engine enhanced by a Speedtech nitrous system, which Shannon Jenkins will offer input on. He backed that with an M&M Transmission-built transmission and converter, and the car rolls on Hoosier slicks. 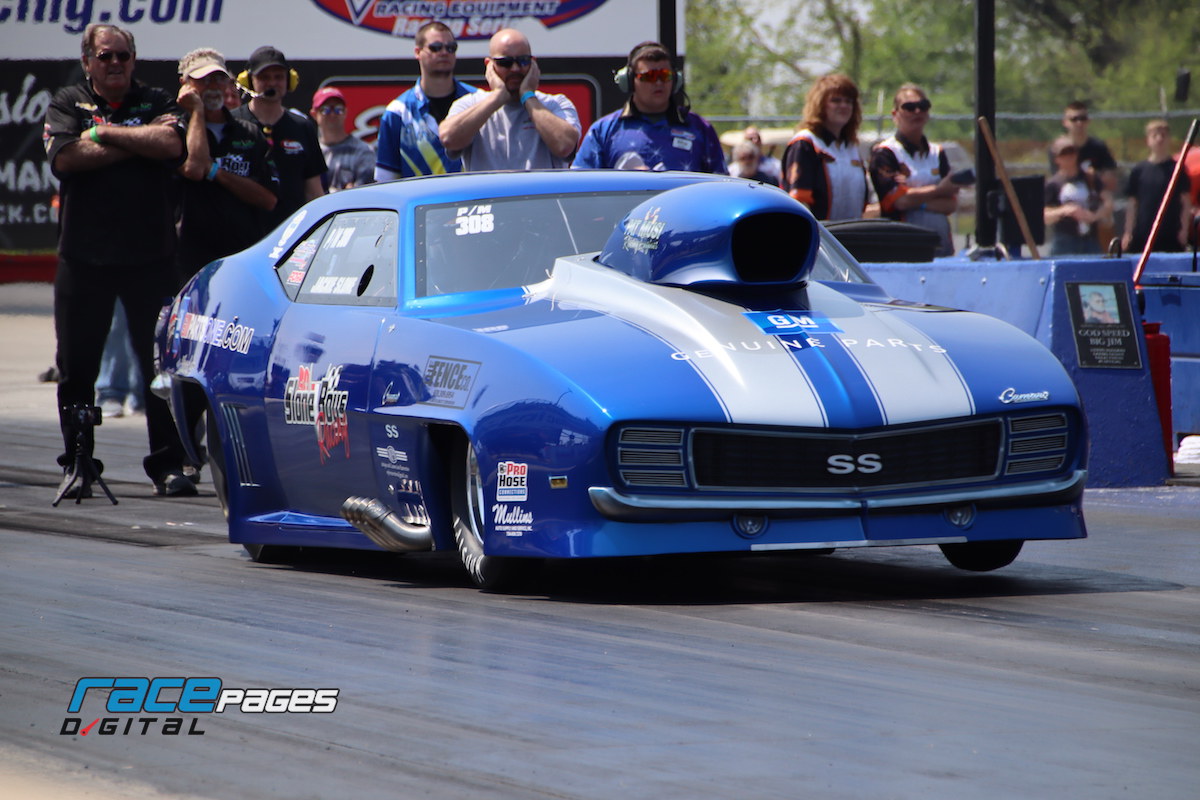 After buttoning up the blue beauty, Slone loaded it into his trailer and took a trip from his home in Michigan to the 13th Annual Cavalcade of Stars presented by Budweiser in mid May at Summit Motorsports Park in Norwalk, Ohio. There, he began dialing in his new car while also competing in the event's R&R Auto Body, DeCerbo Construction and P2 Contracting Rumble Wars Extreme 8. It was our first race with the new car, said Slone. We didn't have enough time to get the data we needed to improve that weekend. We came home and looked at the information for the weekend and made some changes. With a little data and a lot of determination, Slone headed to the PDRA North South Shootout, May 31-June 1 at Maryland International Raceway, where he posted a 3.79 on a test pass and a 3.86 in Pro Nitrous competition. Even though he exited eliminations early, he's readying to roll out even more horsepower and will be one to watch in VP Racing Fuels Xtreme Pro Mod at the 14th Annual Nitto NMCA/NMRA Super Bowl of Street Legal Drag Racing presented by Fuel Systems Technology, July 25-28 at Route 66 Raceway in Illinois, as well as the 18th Annual NMCA All-American Nationals, Aug. 22-25 at Summit Motorsports Park in Ohio, and the 18th Annual NMCA World Street Finals, Sept. 19-22 at Lucas Oil Raceway in Indiana. I need to thank a lot of people for their help and support, including GMPartsOne.com, GM Genuine Parts, Lafontaine Performance Parts, Chevrolet Performance Vehicle/Parts, Hands of Hope of Illinois, Mullins Auto Supply and Service, Fallon Construction, Pat Musi Racing Engines, Hoosier Racing Tires, Merillat Racing, Speedtech Nitrous Systems and Drzayich Inc.