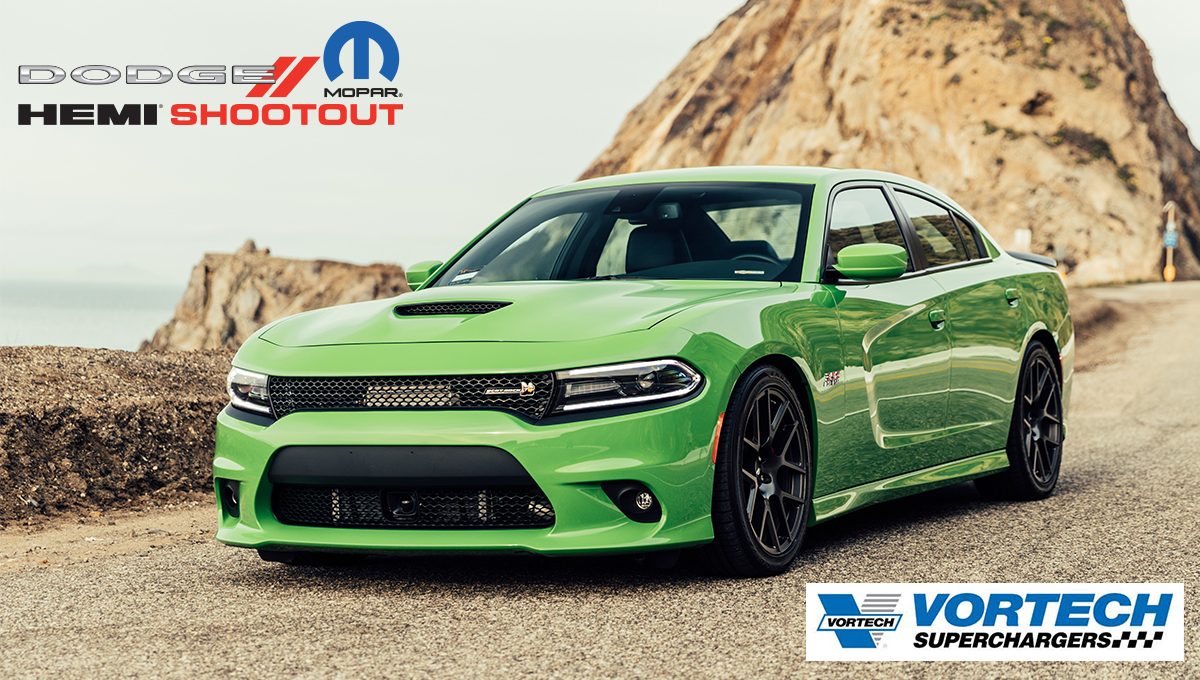 The red-hot late model HEMI market is getting a boost as Vortech Superchargers joined the 2020 NMCA Muscle Car Nationals as the Official Supercharger of the Dodge // MOPAR HEMI Shootout. The quickest growing segment in the NMCA regularly boasts over 100 Gen III HEMI vehicles at each event, most of them competing in the HEMI Shootout. The unique HEMI Shootout format features a series of time trial runs all-day Friday and Saturday morning before they embark on a three-run time session. The average of the three official qualifying runs determines the final rankings with awards given to the Overall Winner, Overall Runner-Up and the quickest average time in the 9-second, 10-second, 11-second, 12-second, 13-second, 14-second, and 15-second zones. On Sunday the top racers are entered in the Arrington Performance/Red Line Oil Quick 8 shootout.

Vortech Superchargers offers many types of blower kits for 2006 through the 2020 Dodge/Chrysler/Jeep models that utilize the Gen III HEMI engine. It all starts with CARB legal bolt-on setups with mild boost settings to supercharger systems capable of over 2,000hp. Vortech has been at the forefront for safe and reliable horsepower in the supercharged Mopar market and are honored to be the sponsored power adder for the NMCA HEMI Shootout, remarked Jimmy Martz, Director of Sales and Marketing at Vortech Superchargers. We look forward to continuing the legacy and showcasing what our products can do at the NMCA. Next month the NMCA Muscle Car Nationals kicks off its six-race series at Bradenton Motorsports Park March 5-8 that includes the Dodge // MOPAR HEMI Shootout, a unique category designed specifically for Gen III HEMI powered late-model vehicles. The first 75 pre-entered participants receive a complimentary entry courtesy of Dodge // MOPAR. A casual and fun atmosphere attracts rookie drag racers to experienced drivers as the focus is on letting your late-model HEMI vehicle stretch in a legal and safe environment. For more information on the products Vortech Superchargers offers your HEMI or any other early or late-model muscle car, visit www.VortechSuperchargers.com
Dodge // Mopar
,
HEMI Shootout
,
nmca
,
Vortech