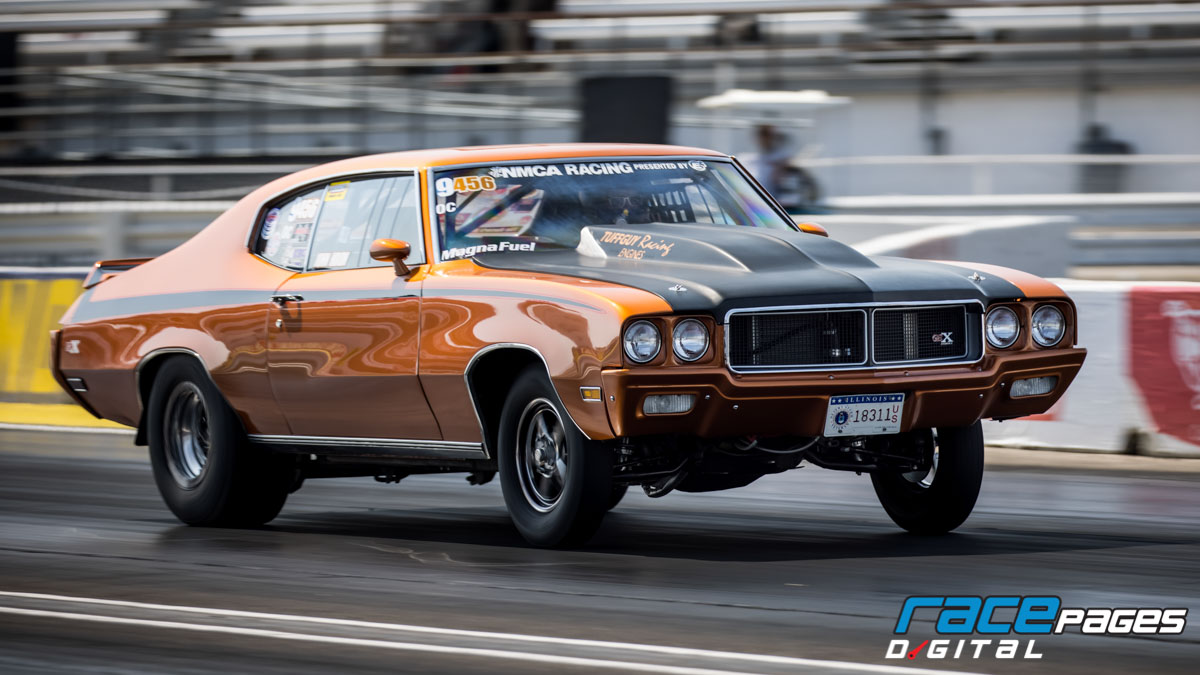 We're kicking off the 19th Annual Nitrous Supply NMCA World Street Finals presented by Chevrolet Performance here at Lucas Oil Raceway Indianapolis with a test and tune session today. The racers are pouring in and hitting the track as they go all in for championship points to hopefully secure a class championship. John Hixon, pictured above, is making laps in his Buick GSX today as he prepares for MagnaFuel Open Comp competition this weekend. Thursday's schedule:

Dr. John Hansen is competing in two classes this weekend. Here he's pictured in the tech line with his 50th Anniversary COPO Camaro with which he'll be racing in the Coan Stock/Super Stock Combo, and he also brought his 2018 Plum Crazy Dodge Demon to run in the HEMI Shootout. The Demon has been on Hot Rod's Power Tour, but this weekend it will see its maiden drag strip passes here at Lucas Oil Raceway.

Corimac Frees is racing this weekend with his father Jeff, and they will be quite busy. Jeff already campaigns his Barracuda in Quick Fuel Technology Nostalgia Super Stock and his Drag Pak in Coan Stock/SuperStock Combo, and Cori will be making his debut behind the wheel of their newly acquired 2009 Drag Pak painted in late-model Destroyer Gray.

Avon, Indiana's Michael Turner is making his Edelbrock Xtreme Street debut this weekend in his 2010 Camaro with help from his father Raymond. The formerly naturally aspirated machine sports a ProCharger F1a-94 supercharger that pressurizes a 438ci Gen-1-based small-block Chevy equipped with products from Dart. Turner said he is hoping for mid 5-second elapsed times on the low-boost, low-timing setting, and 4.80s with it at full beans.

VP Racing Lubricants Xtreme Pro Mod driver Jeff Rudolf was topping off his blinker fluid in his Pro Line Racing-powered Camaro with help from Kieffer Simpson. Recent testing has shown the team is getting a better handle on the twin-turbo HEMI machine.

Shawn and Heather McAlees are TorqStorm True Street regulars with the NMCA, and normally Shawn is driving the nitrous-fed, Gen-1 small-block Chevy-powered F-body to 9-second elapsed times. He took runner up at the last race in Michigan, but this weekend, he's handing the keys over to Heather. The Ohio-based couple is also building her a Fox-Body Mustang coupe that they recently purchased a turbocharged LSX powerplant for, and they are planning to have it fired up over the winter.

Edelbrock Xtreme Street driver Nick McGrath has been building his new Fox-Body Mustang for several months now and he and Kevin Stephens made it to the final round during the car's debut race at Cordova International Raceway recently during a one-off event. The Mustang still packs it's Straightline Performance LSX-based and turbocharged engine, with a few upgrades, and some paint and body work is coming up in the off season.

Norm Jensen and his very vivid ZL1 Camaro have been hitting the Chevrolet Performance Street Car Challenge class and he took runner up at the last event in Michigan. He also took home the bounty money that Nitto Tire is offering for racers in the True Street, Chevy Street Car, and Hemi Shootout classes during NMCA events for racers who win an award while using the company's new NT555RII drag radials.

Racers take care of racers and Chevrolet Performance Stock (CPS) racer Shawn Calabrese (at left) and Kurt Anderson (at right) regularly pit together and help each other out. Calabrese recently won his first CPS event win at the previous race in Michigan, and Anderson, who happened to see an NMCA promotional image with both his and Calabrese's car on it, decided to have a couple of banners made for each of them and presented the gift to Calabrese this afternoon. FRIDAY'S SCHEDULE 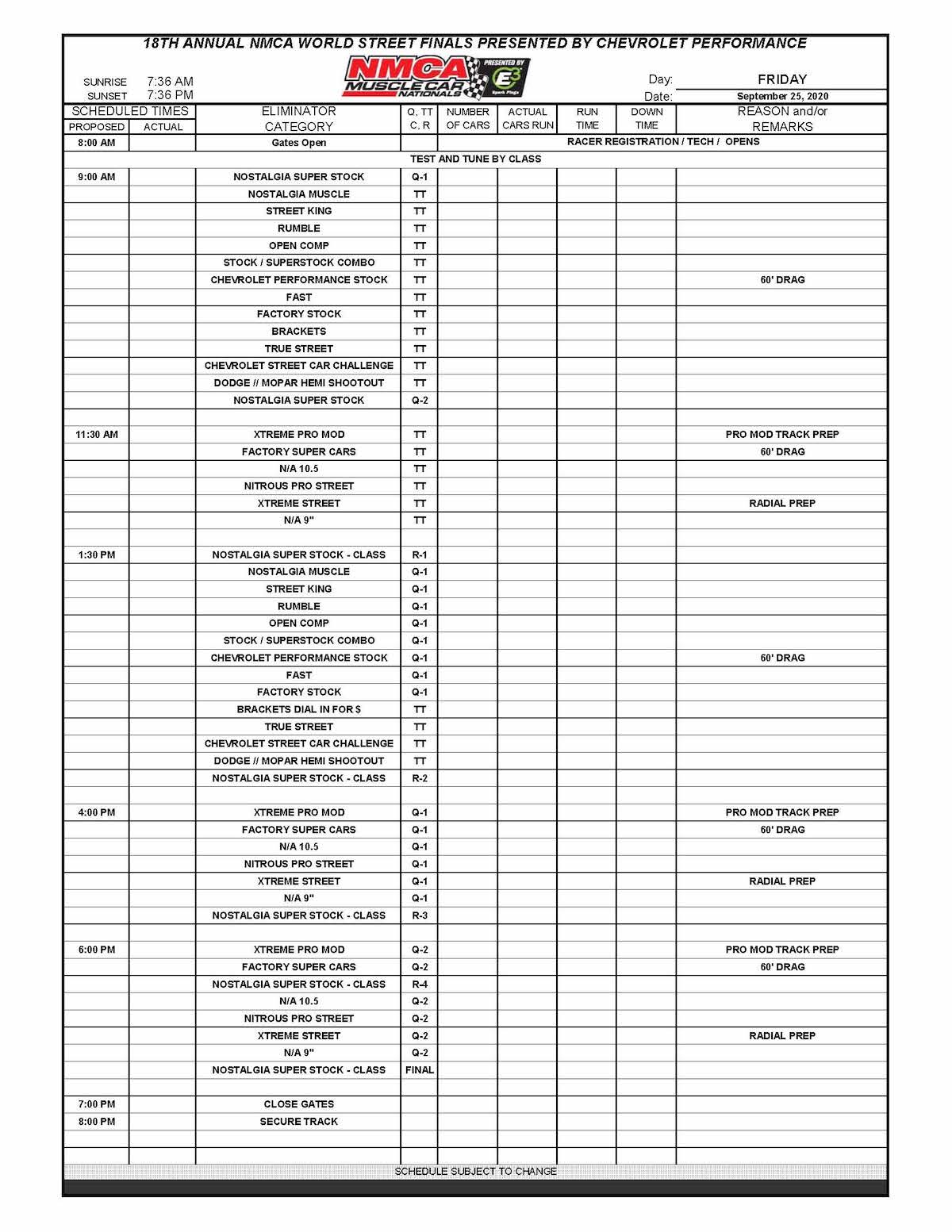