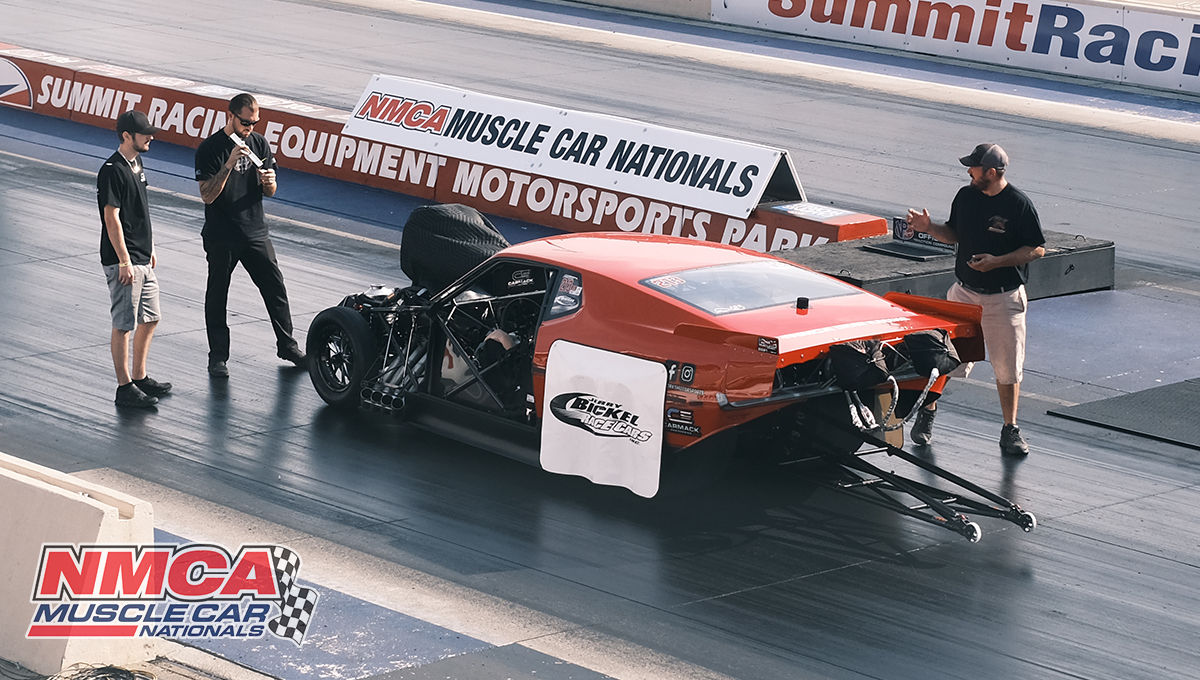 It is a busy weekend ahead for the NMCA Muscle Car Nationals as the burgeoning sanctioning body brought its fifth event of the championship season to the world class Summit Motorsports Park. In addition to the regular line-up of championship and street car categories, the NMCA is hosting the Watson Racing Cobra Jet Showdown along with the Chevrolet Performance COPO Camaro Shootout Presented by COPO Parts Direct. As if that wasn't fun enough, the hugely popular F.A.S.T. group is here with dozens of Factory Stock and Factory Appearing Stock Tire machines. Check social media along with NMCAdigital.com and RacePagesDigital.com throughout the weekend for the latest news at one of NMCA's largest events. 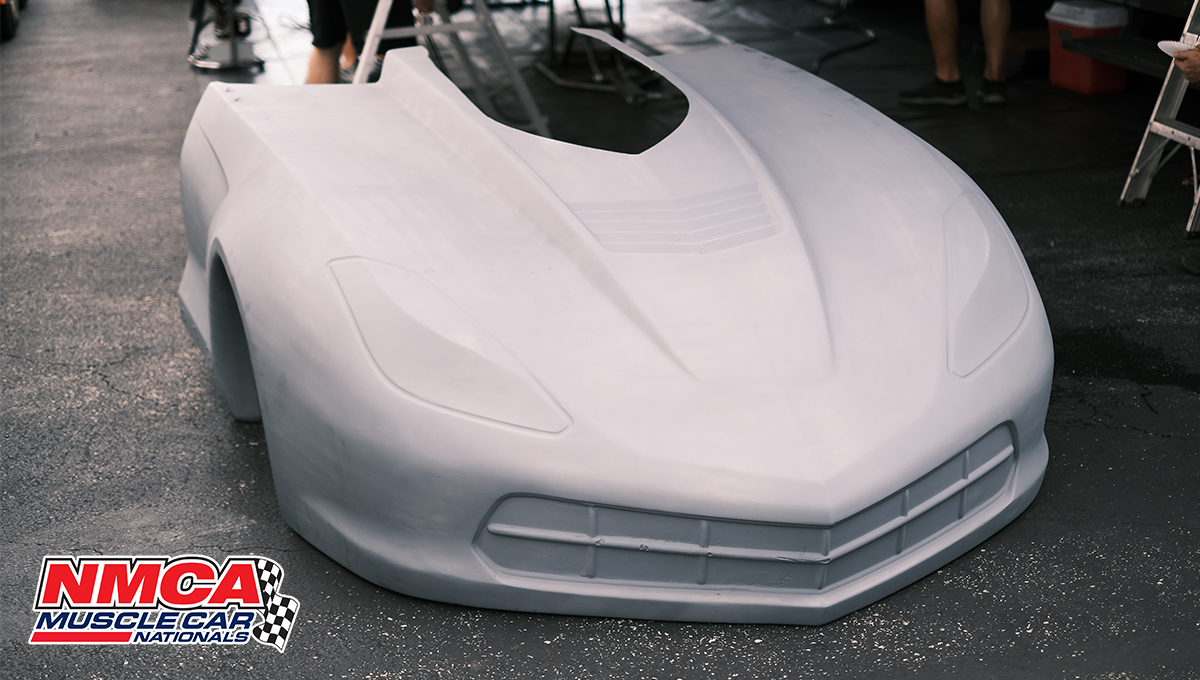 Less than five weeks ago, during the NMRA/NMCA Power Festival, Jim Widener went for a wild ride in his VP Racing Lubricants Xtreme Pro Mod that ended with brushing the concrete barrier. The damage was contained to just the carbon fiber front nose and passenger side body work. It might have been a small list of parts, but one that carries a sizeable price tag and requires a significant amount of labor to repair. The team immediately jumped on the project so they could be back on track for this weekend. The engine is the same nitrous-injected BES Racing 959ci powerplant and with all six Induction Solutions nitrous systems turned on, the team has run in the 3.60s at well over 200 mph. 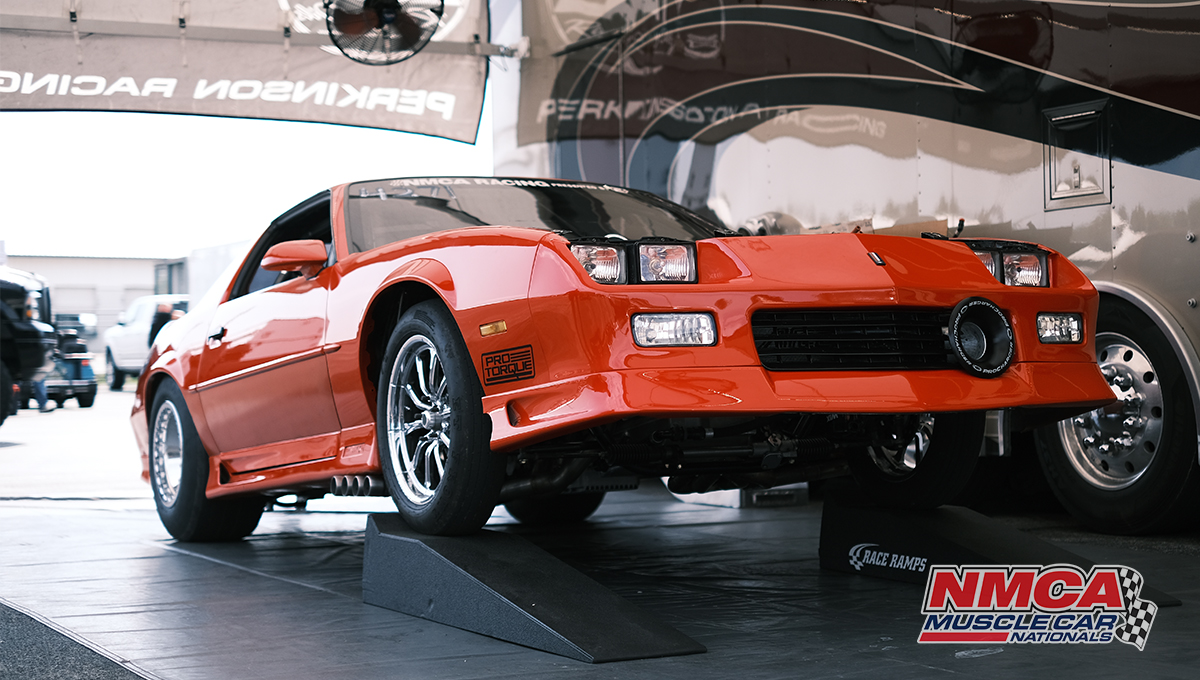 Jessie Coulter makes his return to Edelbrock Xtreme Street competition with his infamous 1991 Chevy Camaro Z28, which he has driven to seven NMCA and LSX championships. We caught up with the Kentuckian as he was waxing the vibrant paint, at which time he told us about the new top half that adorns his LSX 427ci. New for 2021 are a set of Frankenstein F715 cylinder heads and a highly modified CID intake manifold. A ProCharger F-1A-94 supercharger provides the boost while a new RPM Transmission TH400 backs the insanely powerful small-block Chevy. It is going to take 4.60s to run at the top of the Xtreme Street pack this weekend and Coulter is confident they can run with the new class leaders. 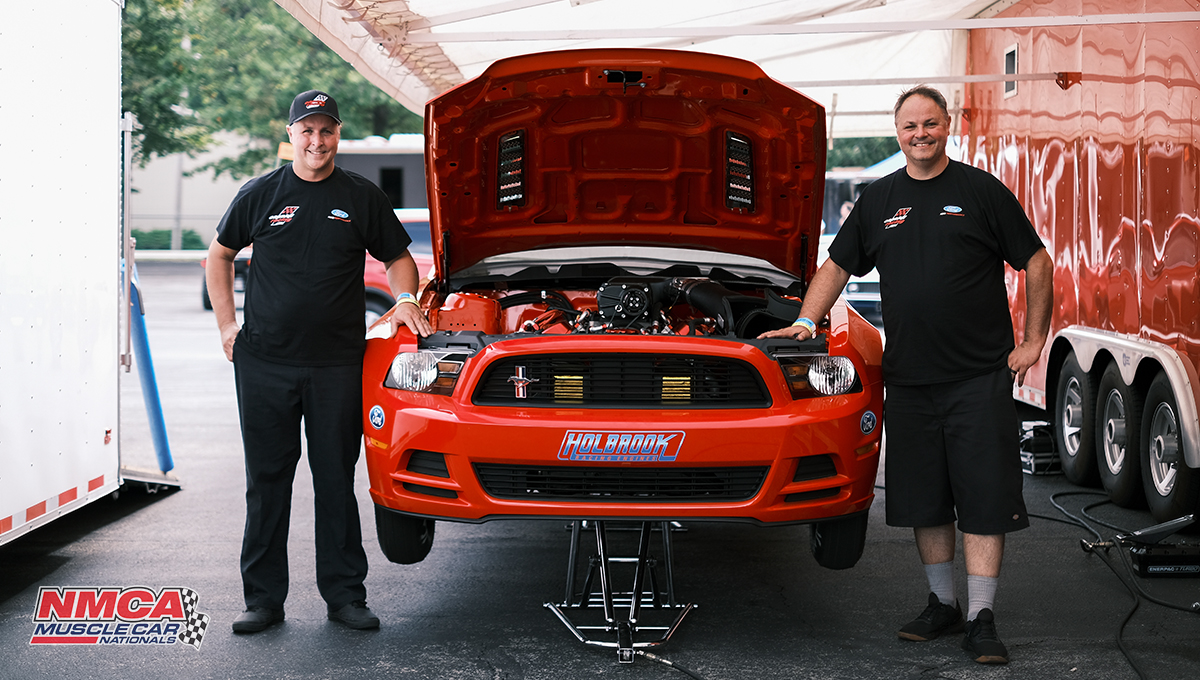 The Pelech Brothers are a long way from 10.5W tires and nitrous-powered big-block engines this weekend as they rolled out their 2014 Cobra Jet Mustang for some fun in the Watson Racing Cobra Jet Showdown. Longtime NMCA and NSCA fans will remember their efforts in the now-defunct Super Street 10.5 category as they've traded outlaw-style racing for the more refined class racing in the NMCA and NHRA ranks. New for 2021 is a Holbrook Racing Engines supercharged Coyote, built to Stock Eliminator specs, including the Whipple 2.9L supercharger. The goal is run solidly in the 8s this weekend with the new combination but they brothers expect to eventually dip into the 7s once boost weather shows up later this year. 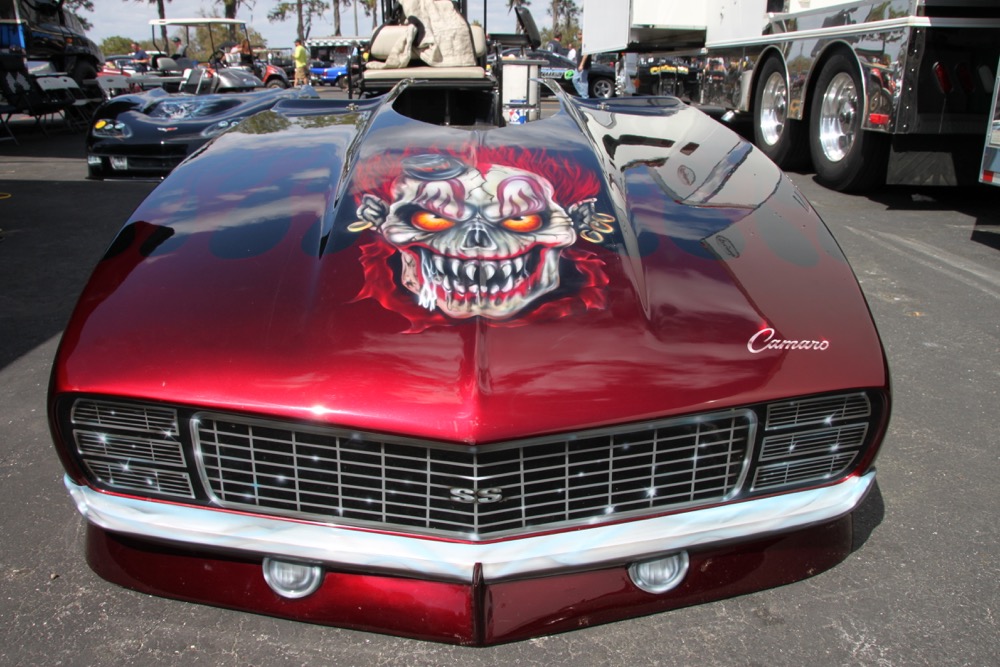 It has been a couple of years since Josh Ritli has been in ARP Nitrous Pro Street competition, and it's good to see him, his commanding Camaro and his son, Kyle Ritli at this event. Josh shared that his fan-favorite car is still powered by a 530 cubic-inch big-block Chevrolet engine and an Induction Solutions nitrous system. While he has achieved a best of 4.58 in the eighth-mile in the car that he has owned for decades, he's in the process of making adjustments to its set-up, including its four-link and shocks, to go ever quicker. We can make enough horsepower to go 4.30s, said Ritli. We just have to make everything work together. 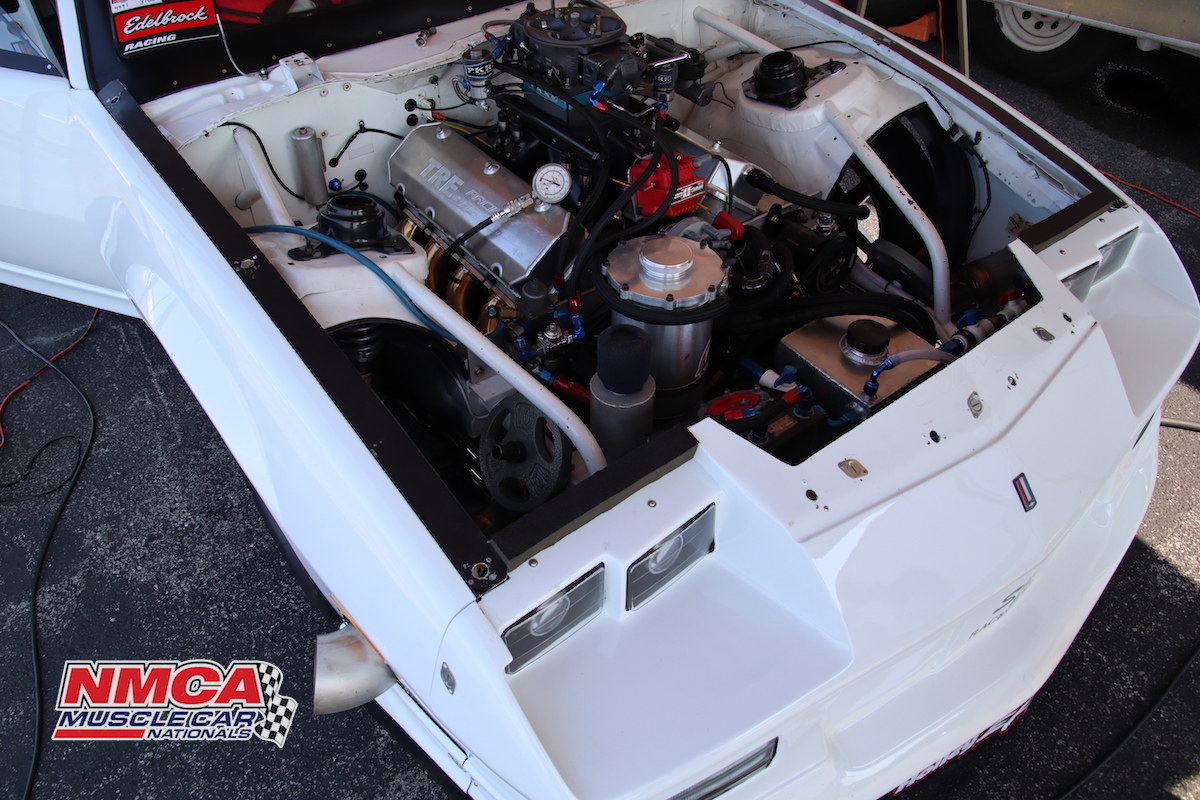 While Edelbrock Xtreme Street racer Paul Smith had been running a small-block Chevrolet under the hood of his Camaro, he's debuting a 584 cubic-inch big-block Chevrolet this weekend. It was built by TRE Racing Engines, and is paired with a PKRE nitrous plate. Smith and his father, George Smith, were checking compression in preparation for a test pass today, and when we asked Paul what they will focus on as they begin dialing in the new engine, he said it will be the amount of nitrous needed to go with the extra torque at the 60-foot. 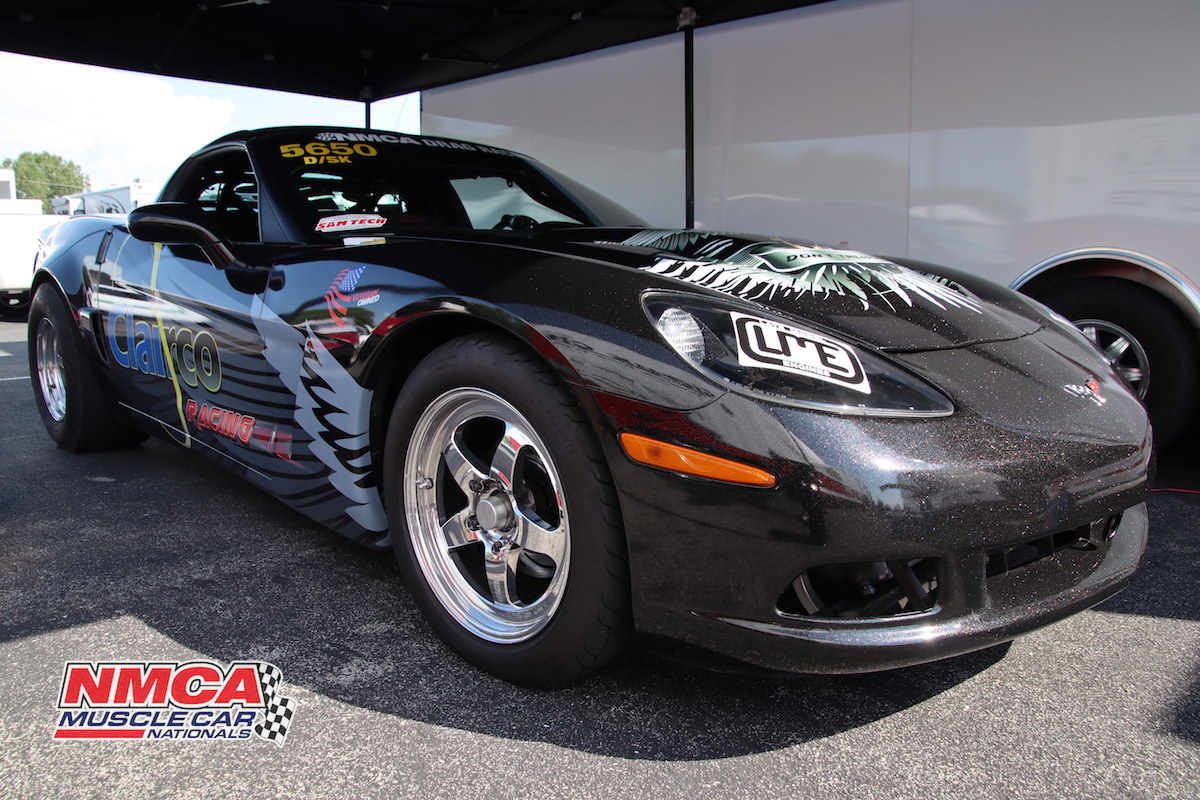 Fellows racers were sad to hear that Steve Griswold's wife, Dawn, passed away in March, and while he was understandably not interested in racing for a while, he did attend the 6th Annual Ctech Manufacturing Badger Classic at Rock Falls Raceway in Wisconsin, which was in June and organized by his fellow LME Street King racer Kurt Anderson. He went a few rounds in the index category and said it was such good therapy that he decided to race at this event this weekend. His Corvette, packing a 388 cubic-inch LS engine by Richard Brannen plus a ProCharger, F-2, has been as quick as 8.75, and Griswold who has earned a couple wins in LME Street King, will be one to watch this weekend. 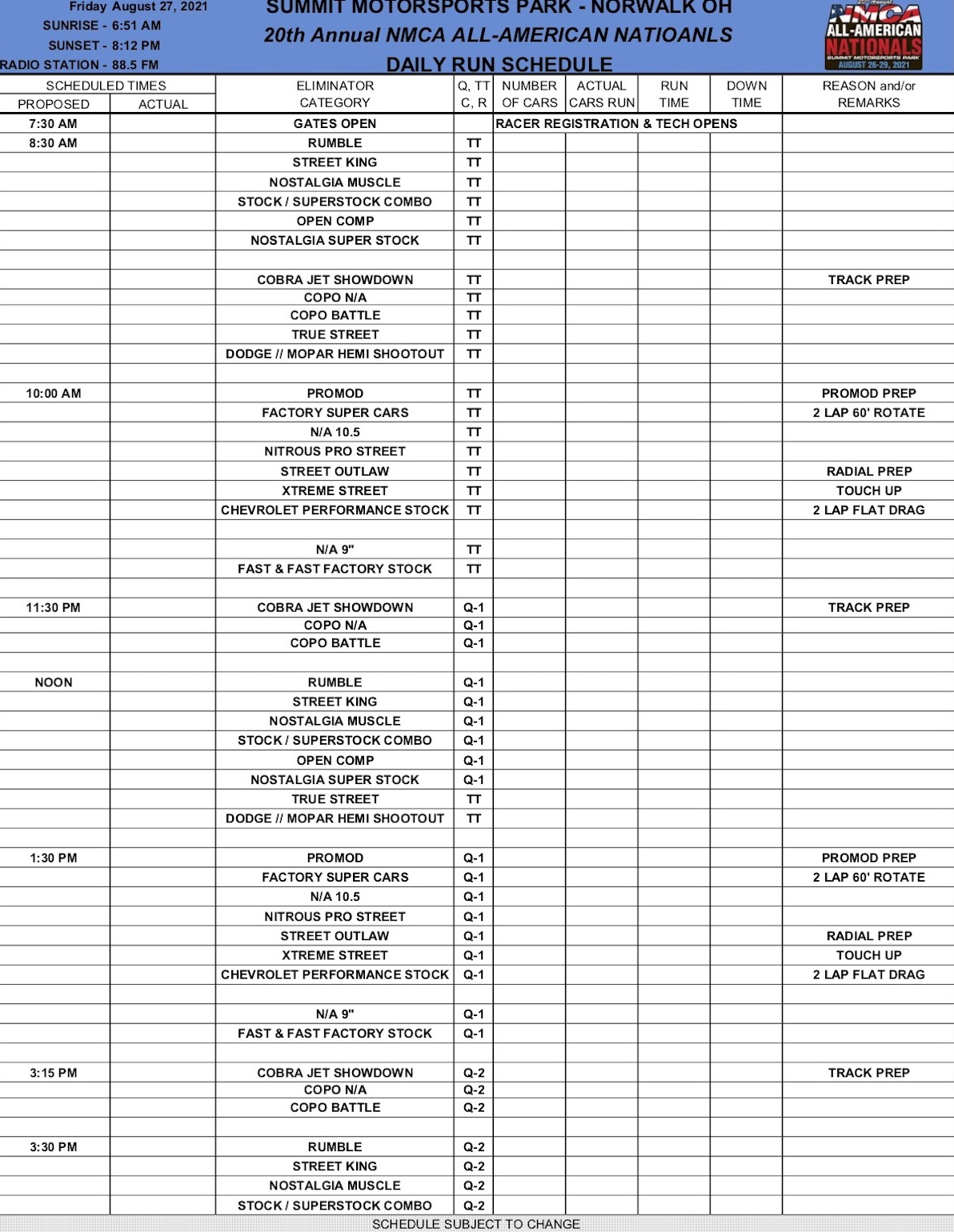 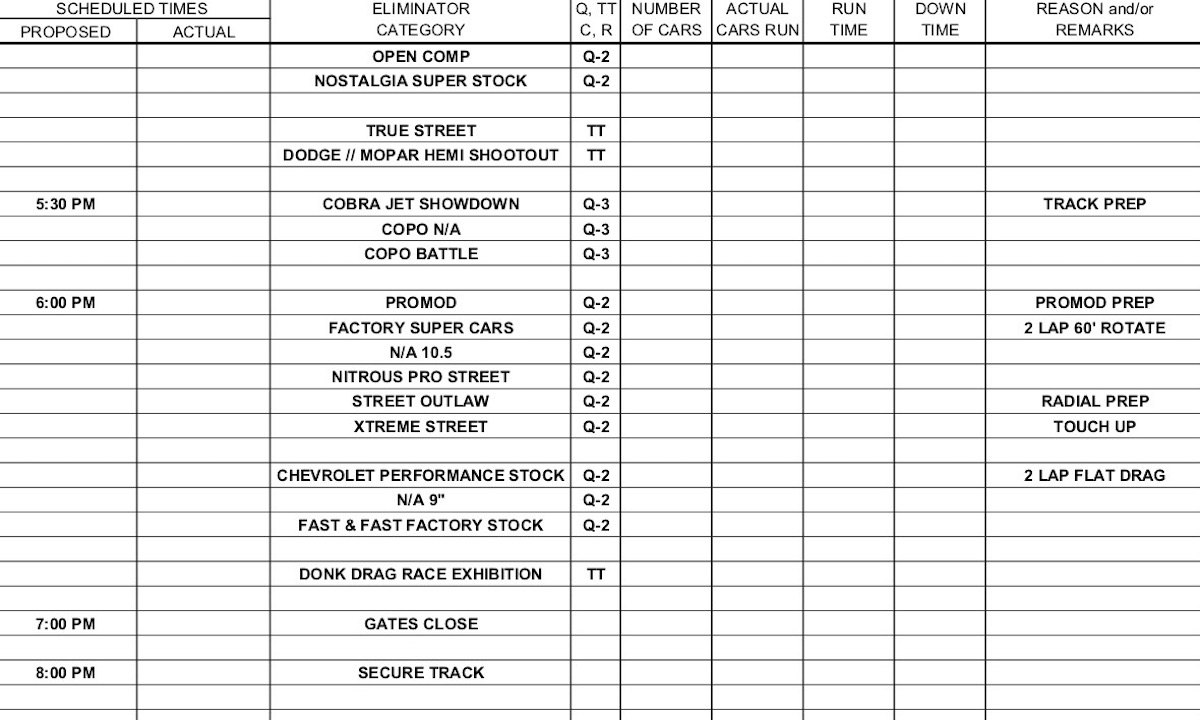