It’s no secret that the EPA and the government has been cracking down on vehicle emissions. It seems every year it’s become harder for auto manufacturers to release high-performance cars and trucks as the window shrinks on allowable emissions. Technology is the answers to keep the horsepower game going, as we saw back in 1986 when most American V8s went to electronic fuel injection. At the recent SEMA Show in Las Vegas, Mike Copeland, innovator, enthusiasts and owner of Arrington Performance, unveiled a Coyote-swapped 1964 Ford Falcon Sprint that is fed a diet of hydrogen and water to equal or exceed the output when run on gasoline.

Called “Freebird,” the beautiful Ford is a testament to Copeland’s effort in bringing hydrogen technology to the masses. “I believe that environmental improvement, has many facets,” said Mike Copeland, CEO of Arrington Performance, and head of development in the hydrogen division. “Just like any industry, to make a change, you must approach the issue from more than one direction. I love performance vehicles and I happen to be an expert with internal combustion engines. It only made sense to delve further into hydrogen as a direct fuel source and enable the conversion from gas as a zero-emissions option.”

While the customized Falcon was stunning in appearance, the real story was fuel and the system developed to deliver it. And that consists of direct-injected hydrogen with water injection that Copeland says produces 20-percent more power that a stock 5.0 Coyote, but with zero emissions. Copeland worked with Red Line Synthetic Oil and Bosch to create the Ford and a host of partners on the build.

Common with Ford enthusiasts, Copeland chose a Gen 3 5.0 Coyote with 460 horsepower to motivate the Falcon. And in addition to zero emissions, the goal was to maintain excellent power, drivability and driving range. Mechanically, he swapped the DI factory injectors for a set of Bosch units that now inject hydrogen and he used the port injectors to spray water, which is used to control combustion temperature.

This enabled the Ford engine to develop more power than stock and Copeland said it can run between four and five hours at cruising speeds on a tank of pressurized hydrogen. That comes with a 5.3 kg tank that occupies the trunk. Of, fill time is roughly five minutes, so a tad longer than gassing up your petrol vehicle, but fat shorter than charging an electric vehicle.

Beyond the hydrogen fuel, the Falcon looks the part of any hot rod. It’s finished in Ford’s Liquid Blue, has Autosport wheels and a fantastic stance. Backing the Coyote is a Tremec TKX 5-speed, and a Mcleod clutch. Freebird also features a TCI suspension, QA1 double-adjustable shocks and Baer Pro + brakes with 14-inch rotors and 6-piston calipers. The interior is a mix of old and new with custom TMI buckets and rear bench, and a sweet machined billet aluminum dash, with gauges provided by Classic Instruments.

“There are a lot of transportation methods that cannot effectively convert to zero emissions with existing solutions,” said Copeland. “At this point, compliance with emissions regulations isn’t a choice, we need find a way to be compliant and save the planet we live on. While I want hot rodders to continue to enjoy the rumble of a good drive, I also want things like cargo ships and lawnmowers to be able to be converted, not scrapped. Solutions need to be full-circle carbon-friendly with a small manufacturing footprint.” Lastly, the Company has submitted for zero emissions certification from the California Air Resource Board (C.A.R.B) and hopes to have it finalized before year end.

Frequently Asked Questions
Is it dangerous?
When properly used, hydrogen is no more dangerous than any other flammable fuels. Unlike many other fuels, hydrogen is very light. If released, it will go straight up and mix with the atmosphere. Gasoline as an example, is heavier than and, and will cover anything under it. As it evaporates, the fumes are very explosive.

How does hydrogen compare to gasoline in price?
The only state where hydrogen is commercially sold to the public is California. The price of hydrogen there is currently less than half the price of gasoline. Industry experts in the hydrogen industry predict as it becomes more available across the country, the price is expected to fall by 50-percent.

How far will the car go on one tank?
The distance a hydrogen vehicle will travel is influenced by a number of factors. The size of the tank, the pressure in the tank, the size of the engine, and the speed of travel, all affect the “distance traveled”. Based on our vehicle, equipped with a 5.3 KG tank. We expect to travel approximately 4 to 5 hours on a tank. Depending on speed and other variables. Keep in mind, our tank can be filled from empty to full in about 5 minutes.

Won’t big oil put a stop to this?
Many of the “Big Oil” companies support hydrogen as the fuel of the future. Many have added hydrogen filling capability to their service stations around the world.

Where will people get hydrogen?
As the need for hydrogen increases, availability will increase across the country. Many industry-leading companies continue to develop new technology for making hydrogen. Liquid Air, Shell, 3M, Westinghouse, Cummins, and others are all working on the challenges to hydrogen availability.

How does this differ from current hydrogen cars?
Hydrogen is nothing new and many companies have launched hydrogen solutions. Currently hydrogen vehicles are primarily hydrogen fuel cell technology, using the tank to perform a process that pulls electricity from the hydrogen in the cell and stores it in batteries that power individual wheel motors. Our solution allows hydrogen to be directly injected, very similarly to a traditionally fueled engine.

Isn’t the production of hydrogen bad for the environment?
Hydrogen is made in 3 categories. Gray, Blue, and Green are how the processes are defined. Most newer hydrogen manufacturers use the “green” process. These processes create no carbon footprint in the making of hydrogen.
What qualifies you to do this when so many before you have failed?
Technology has advanced to eliminate many of the issues that others faced in the past. Our approach, including the support of Bosch Engineering, has solved many of the challenges others have experienced. We follow the best safety and engineering processes identified in the industry.

How much will it cost to convert?
We are still in the development stages so we would not be able to predict at this point. Once commercial and industrial solutions are built, we can start to manufacture in economies of scale that will support a consumer pricing model.

What does the car sound like? Does it make noise?
The car sounds just like a vehicle powered by a performance engine with performance exhaust.
NMCA
,
Hydrogen
,
SEMA
,
Ford Falcon
,
Arrington Performance 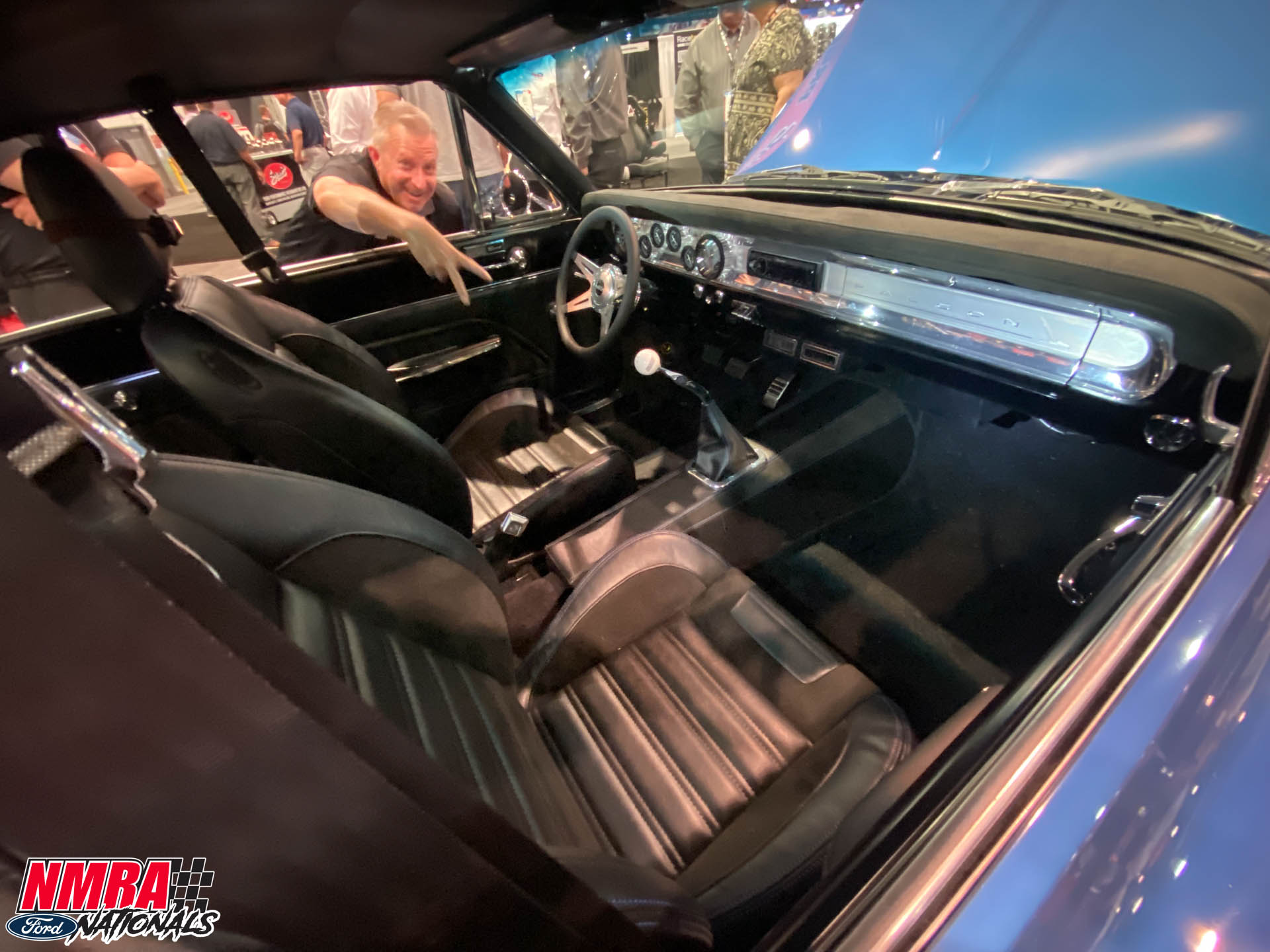 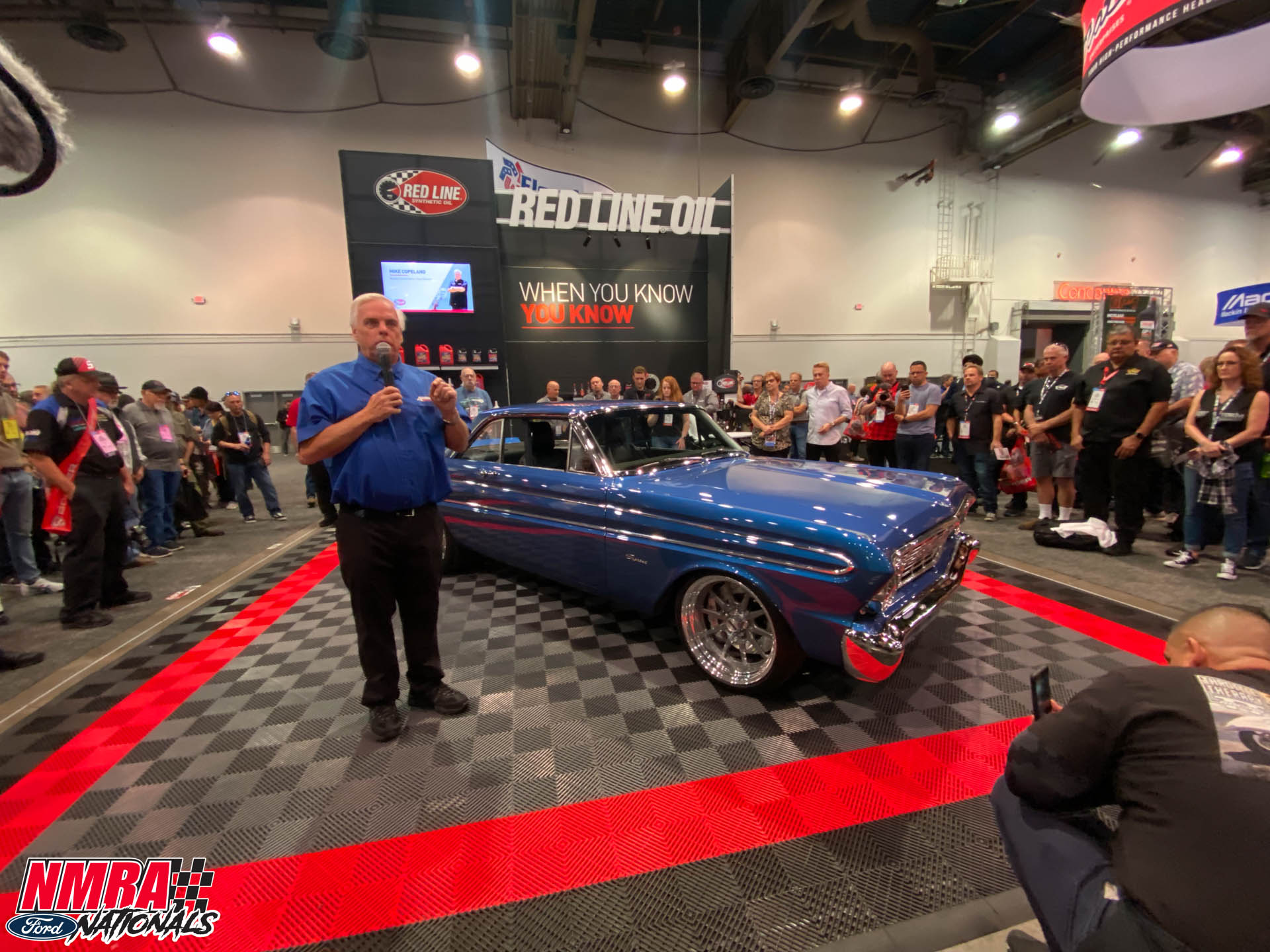 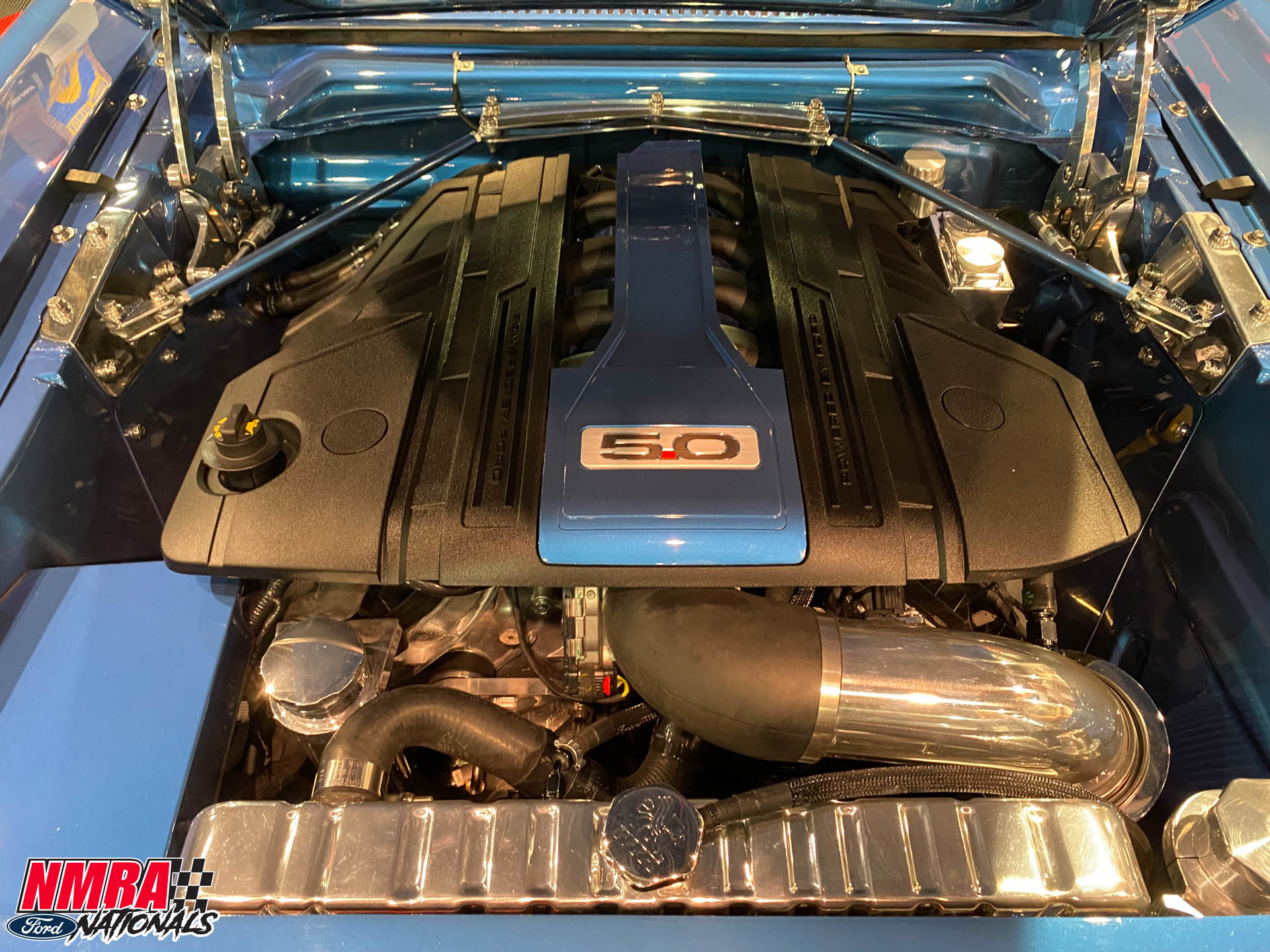 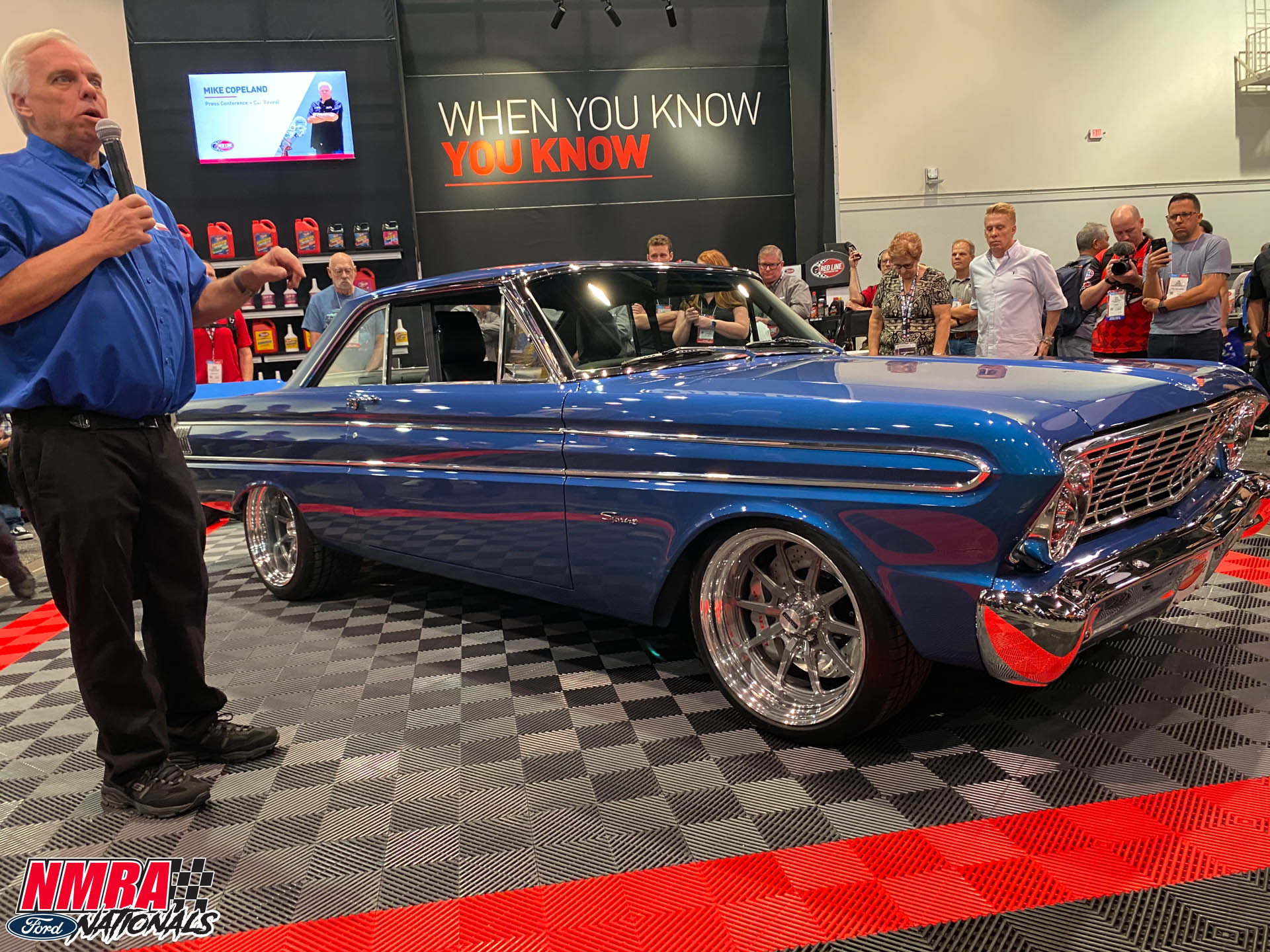 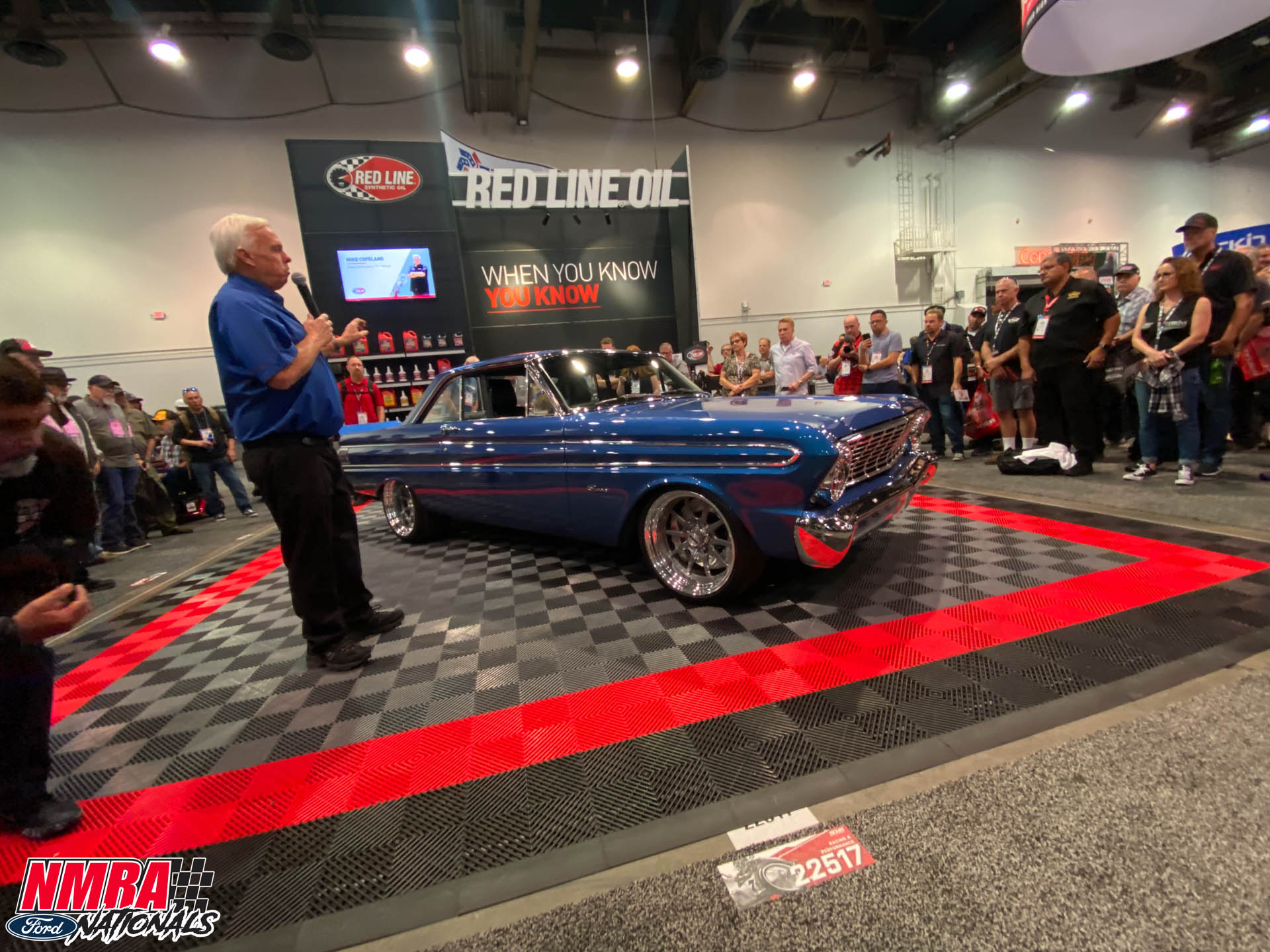 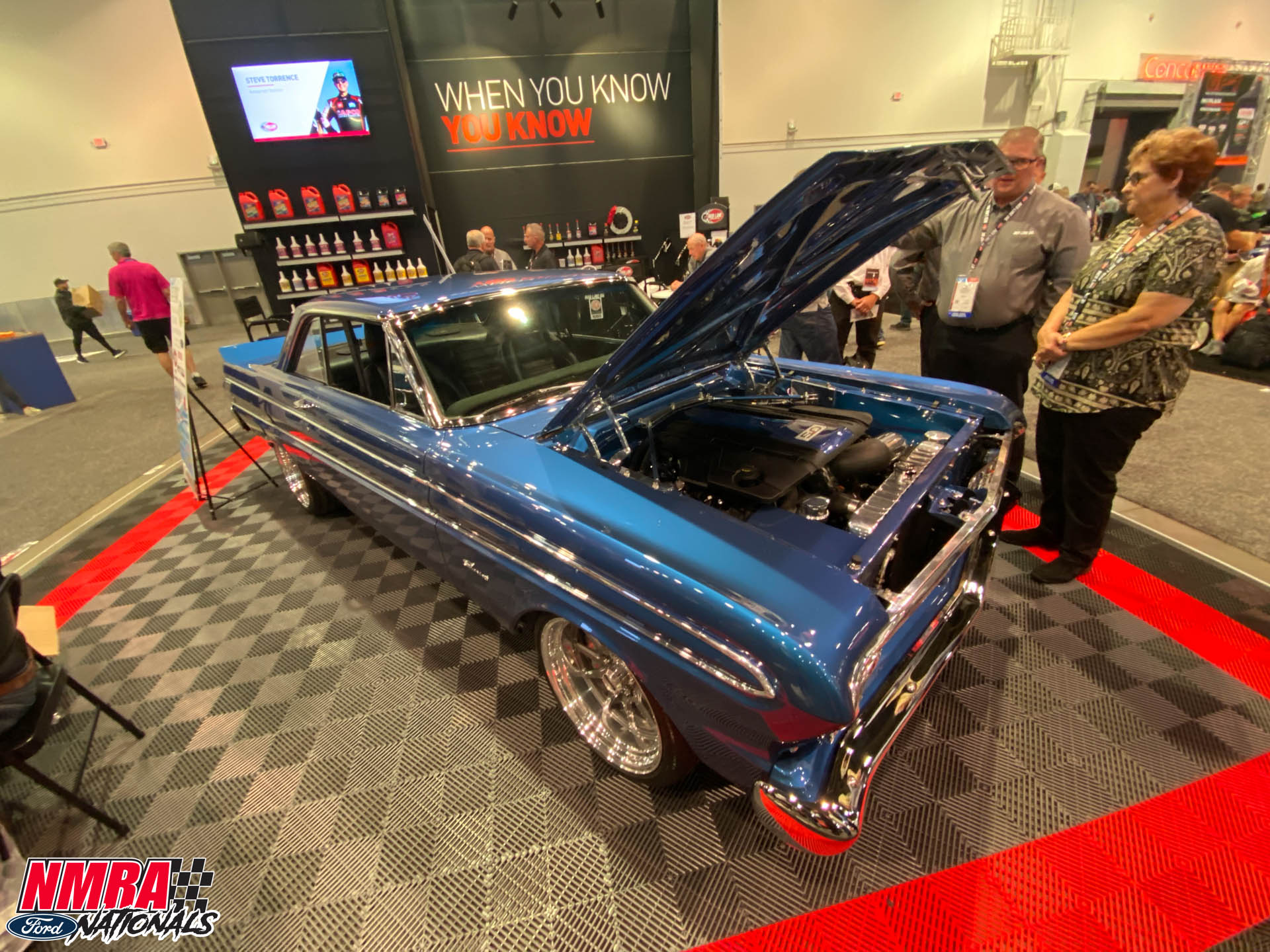 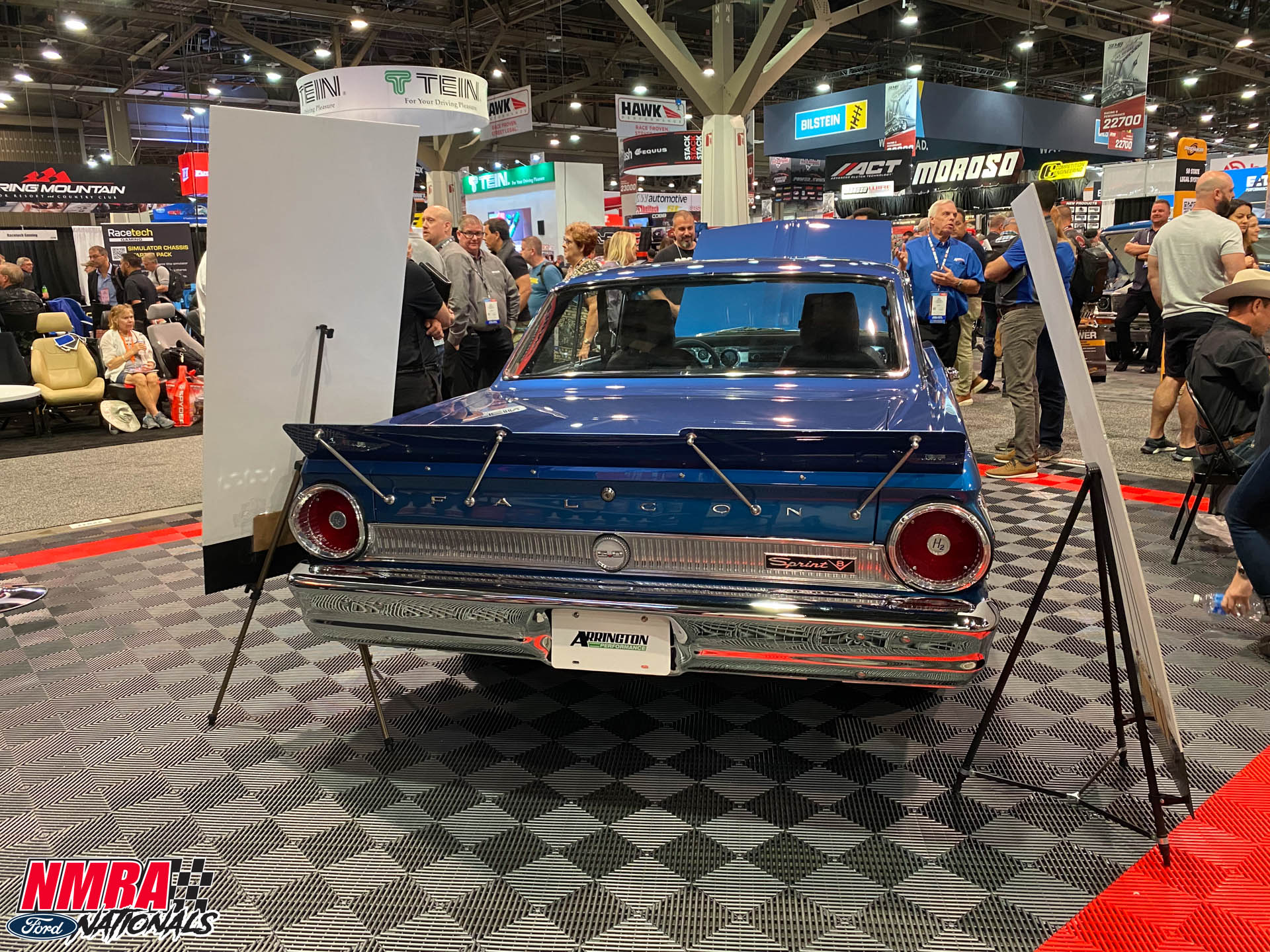 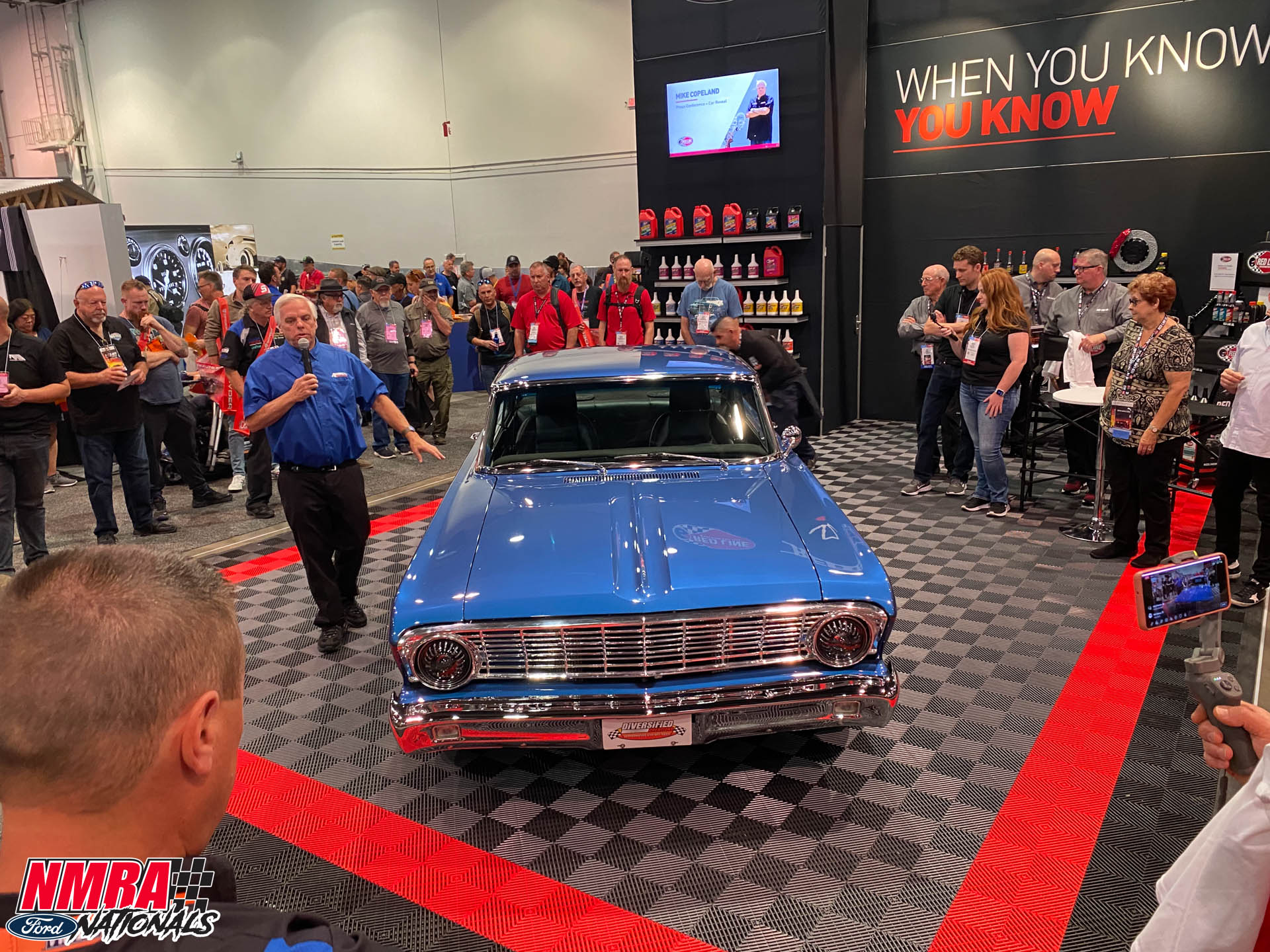 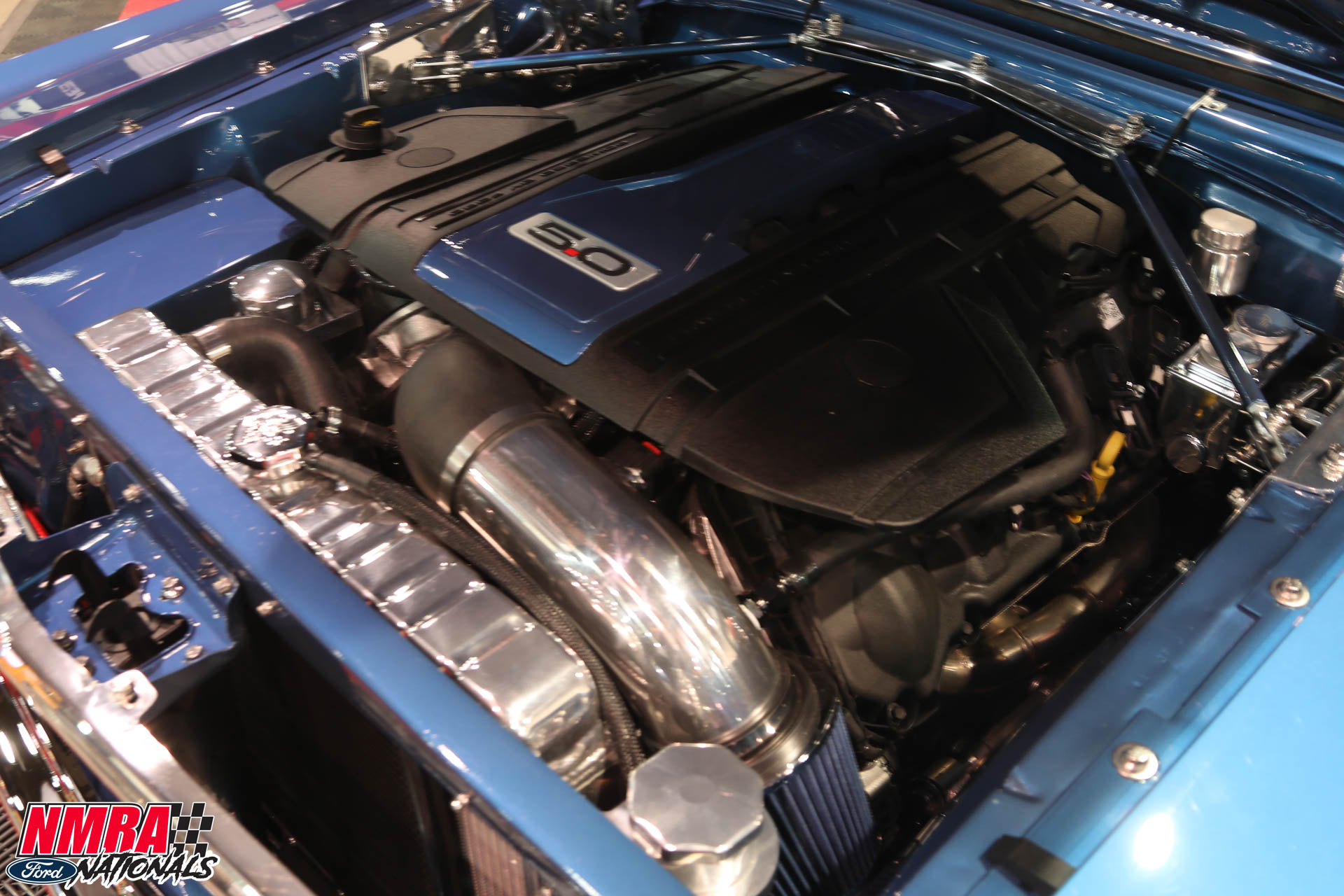 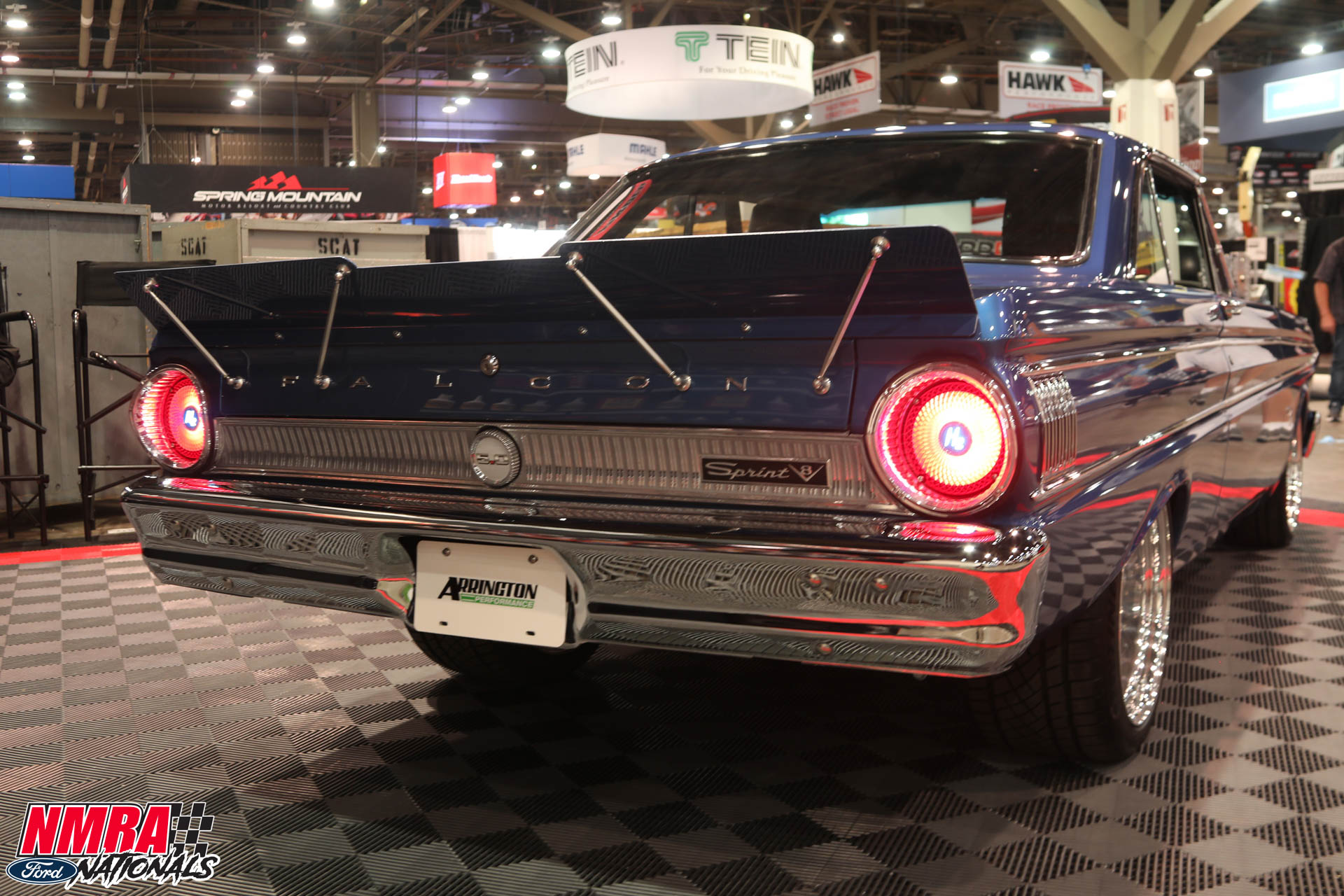