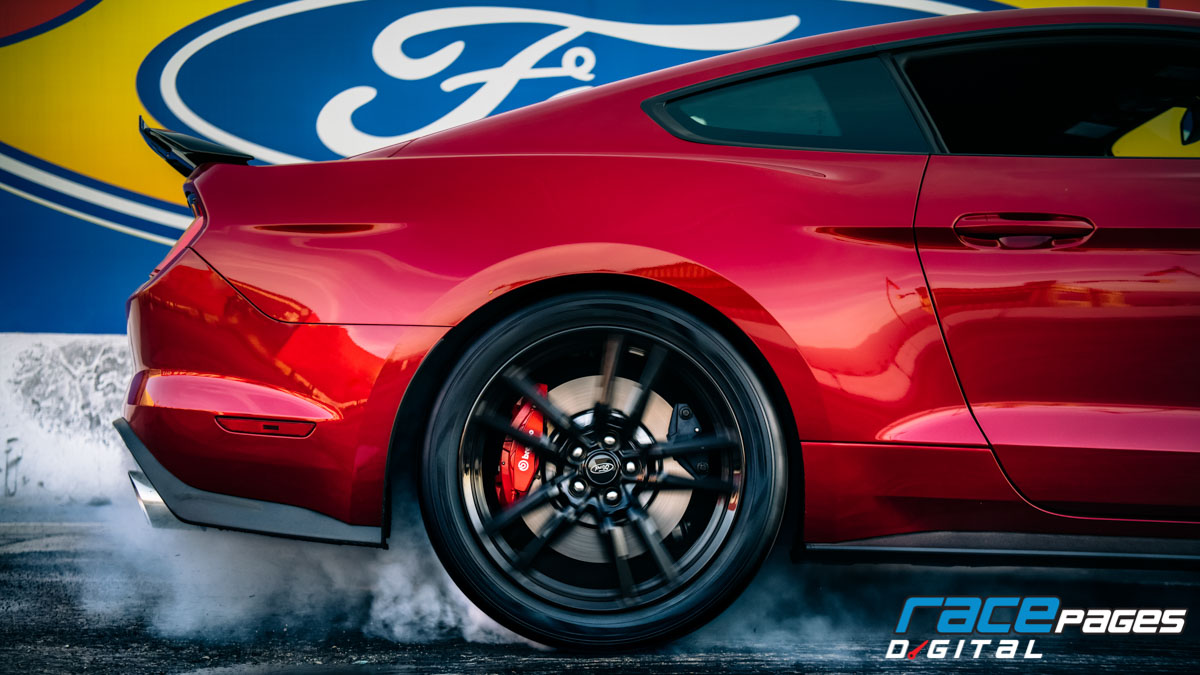 Written by Steve Turner Photography courtesy of Nitto Tire For street/strip machines with big power, balancing traction and driveablity is a challenge that requires a special tire. For over 15 years, one of the most popular tires to hook up big-power street cars was the Nitto NT555R drag radial. Since that time modern muscle cars have grown more powerful and rolled off dealer lots with larger tire sizes, and Nitto has a new tire designed to accommodate those vehicles and outperform its predecessors. The new Nitto NT555RII drag radial offers an increased performance over the original NT555R and NT05R drag radials while carrying the same treadwear rating, Harry Kong, Manager, Brand Publishing, at Nitto Tire U.S.A., said. In addition to the enhanced spirited driving traction, the NT555RII also offers better wet-weather performance over the original NT555R. The company set the goal of making the NT555RII more streetable, controllable, and faster than the NT05R, which heretofore was the company's most aggressive drag radial tire. Where the NT05R features a 00 treadwear rating, the more streetable NT555R carried a 100 treadwear rating, and the new NT555RII maintains that more manageable rating. The NT555RII is a D.O.T.-compliant competition drag radial designed with additional flexibility for the weekend drag racer, Kong explained. The high-grip compound and semi-racing construction provide increased traction at the starting line, while the large circumferential grooves aid wet handling on the street. Pulling that off is an impressive feat, that has less to do with new compounds, as Nitto continues to uses the most advanced versions, but more to do with the way the tire is put together. The tread pattern has been shown to function with regard to performance, tread life, and road noise. We did a lot of construction tweaks so the way that the tire is built is slightly different. It's like a combination of the NT555R and the NT05R, but it's different in the element that it still outperforms both of them while maintaining all of the best parts of them. So we took everything good about 555R and 05R, improved all areas, and added wet performance. That is certainly an impressive recipe for performance. However, for racers, the exciting news is that the Nitto NT555RII is the Official Tire of the Chevrolet Performance Street Car Challenge, the Dodge // Mopar Hemi Shootout, NMCA TorqStorm Superchargers True Street, and NMRA QA1 True Street. As an additional incentive, winners running the NT555RII in the 9-, 10-, 11-, 12-, 13-, 14-, and 15-second categories in those classes will receive an additional $1,000 payout from Nitto Tire. We felt the real ambassadors for the product are the racers in True Street, so that's where we decided that we are going to put the biggest purse in class history, and we'll let the product prove itself to racers, Kong added. Nitto will release the NT555RII in 28 sizes over the next few months for 15- through 20-inch wheels, with 10 sizes being available immediately and others following shortly. What separates this release is that there will be several 19-inch sizes popular on modern muscle cars, like the Ford Mustang. Moreover there will be 10 sizes carrying extra-load ratings for use on trucks and SUVs, which have become increasingly popular on the drag strip. Source Nitto Tire (888) 529-8200 Nittotire.com
Nitto Tire
,
NT555R
,
NT555RII