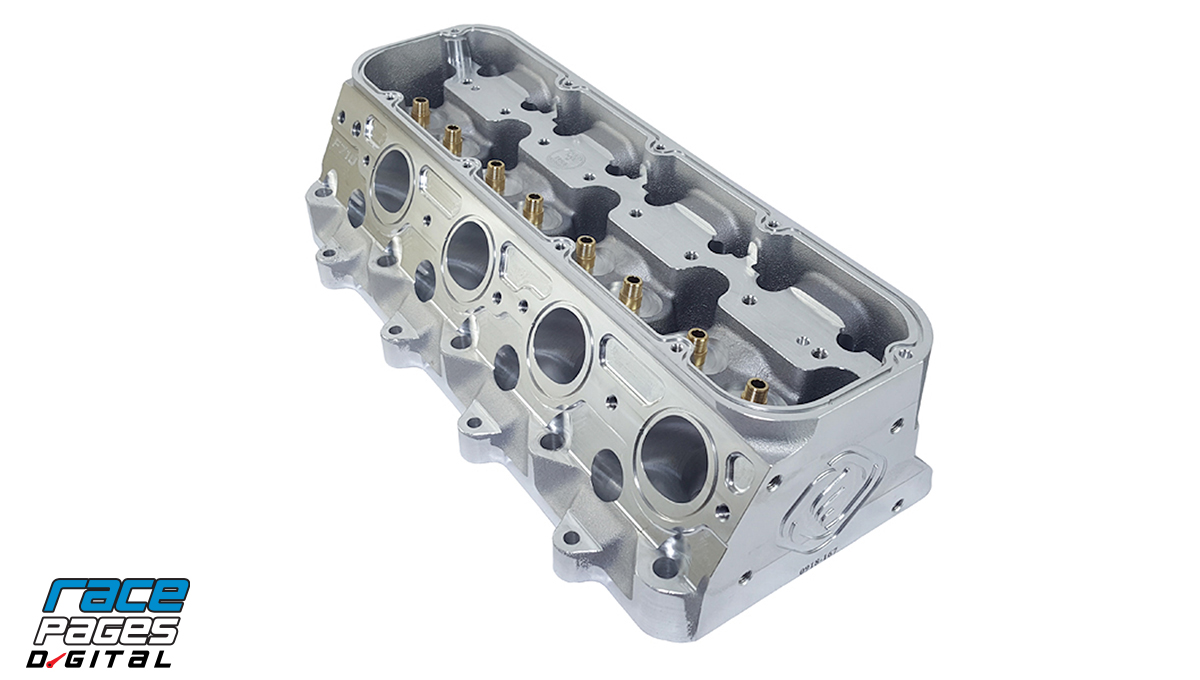 If you peruse the Frankenstein Engine Dynamics product line, you'll see the company offers a complete line of GM LS cylinder heads. Labeled as the F-Series, they are bad hombres to be sure and they include fitments for LS1, LS3 and LS7 variations. To recap, the LS1 started the LS revolution in the 1997 C5 Corvette and remained through 2004. As for the LS7, it's probably the pinnacle of naturally aspirated GM LS performance with its 505 horsepower in the 2006 C6 Corvette Z06. The C6 Z06 was produced through 2013 and the 7.0-liter (a 427 for those of you not enamored with the metric system) legend was also installed in the 2014-2015 Camaro Z/28. As for the LS3, it's clearly today's most mainstream performance application for late-model LS performance, and was originally equipped in the C6 Corvette for 2008-2013 and the Fifth-Gen Camaro SS for 2010-2015. With that in mind, we'll focus on Frankenstein's LS3 application for our purposes here. The F310 for LS3-based engines is 100-percent designed, tooled, cast, and machined in the good ol US of A as are all of Frankenstein's offerings, which include the F110 for LS1s and the F710 for LS7s. The F310's A357 T6-aluminum castings are T6-heat-treated, low-silica alloy. This makes them similar in strength to 6061-T6 billet and the capability to be machined and welded is also notable. A357 is also 20-percent stronger than similar high-end castings made from A356, as A357 is the same material used in many aftermarket engine blocks along with many cast aerospace components. The 0.750-inch deck structure is thicker than all stock GM and most aftermarket castings. Meanwhile, its high-efficiency water jackets increase efficiency as the overall water jacket has been reduced for more strength without sacrificing cooling ability for all applications including drag racing and just about any other racing environment. A raised runner design on both intake and exhaust ports is said to allow for more efficient cylinder filling, resulting in better high-rpm operation without sacrificing low- and midrange performance. Greater flow characteristics are also in the mix, especially when combined with the F310's shallow 10-degree valve angle. The intake flange is extended to allow all standard manifolds to fit without modification. The exhaust-port exit is on center with the valve, which results in substantially better flow characteristics. The exhaust bolt pattern was also moved to accommodate all standard header designs using 1 7/8-inch-or-larger headers. The F310 also uses a proprietary valve-cover design, with an enlarged cover based loosely on the GM SB2 pattern, which allows for more rocker clearance when using solid-roller cams. There is also more spring clearance for larger diameter and higher-lift valve packages. These valve covers are included with the heads and are made from 319 aluminum alloy castings, which is the same alloy used in many aftermarket and stock GM cylinder head castings. A baffled vent section in the cover is compatible with stock PCV/emissions components and a -16AN ORB oil-fill cap is included. They also have built-in coil mounts and are available in bare and powdercoated finishes. Fully machined covers are also available and all are doweled and O-ringed for better sealing and serviceability. Under those covers, standard F310s are designed to work with GM LS3 rockers and equivalent and doweled rocker stands are included with purchase. Interlocking valve seats (like those found in racing heads) are also standard. The heads also have 1/4-inch NPT water crossover ports for better cooling capacity and more flexible installation/plumbing options. As for solid-roller cam options, all F-Series heads are available with shaft-mount, roller tip rockers. On-center and 0.180-inch offset lifters can also be optioned. Heads for solid-roller applications will accommodate up to a 1/2-inch pushrod. Finally, we'll note that Crower Cams and Equipment is also set to offer F-Series shaft-mount rockers as a standard catalog item.   Source Frankenstein Engine Dynamics 817 | 556 | 2434 www.frankensteined.net
F-Series
,
Frankenstein Engine Dynamics
,
LS Cylinder Heads