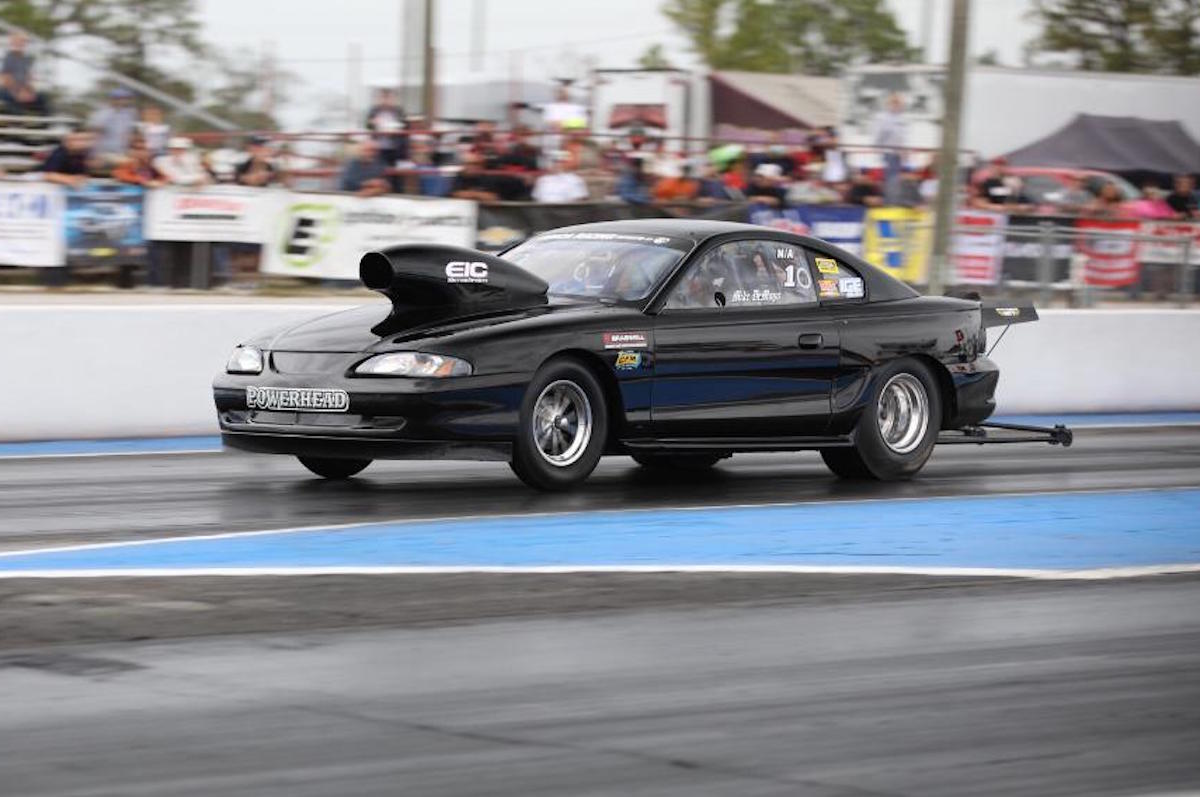 After piloting a 1956 Pontiac Safari in the 8.50 index category for several years, Steve Roden is preparing to roll a new car out of the trailer at the 13th Annual Nitto NMRA/NMCA Super Bowl of Street Legal Drag Racing, July 26-29 at Route 66 Raceway in Joliet, Illinois.

It's an SRC Motorsports-built chassis topped with a Hairy Glass-built 1968 Firebird body, and it rolls on a Strange rear-end with a Mark Williams center section and Hoosier tires.

My father, Doug Roden, and I have been working on this car for about three years, said Roden, whose shop, FTR Performance is in Union Grove, Wisconsin while his father's shop, Legend Racing, is in Schaumburg, Illinois. Now that the thrashing part is pretty much over, it's time to go to the track.

Roden's father, who piloted a 1957 Chevy in the NMCA's former Pro Street category, painted the car blue, while Jim Brando airbrushed several areas of it.

Helping to put an incredible amount of power down is a three-speed Lenco, Quick Drive Converter Drive and Coan converter, and Roden will use a handbrake to bring the car to a stop, citing his height and how there's not a lot of extra room in front of his feet for a brake pedal.

The Quick Drive Converter Drive has a few options that we're pretty eager to try, said Roden. It has the ability to bleed the converter, which is a tuning aid, and also, we can change it later to make it a lock-up converter. 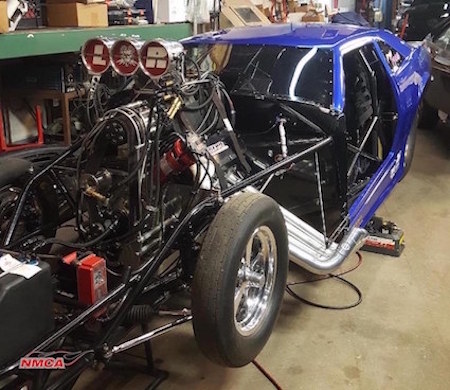 In joining VP Racing Fuels Xtreme Pro Mod, where the current records are the 3.735 and 213.10 mph achieved by Don Walsh Jr., Roden knows he'll have his work cut out for him, but he also knows that he has confidence in his car and is up to the challenge. We'd like to thank Mick Recchia and Recchia Racing for all the parts, help and friendship over the years, said Roden. Dad and I use the phrase Speak softly and carry a big stick, and that's what we're hoping to do with this car."