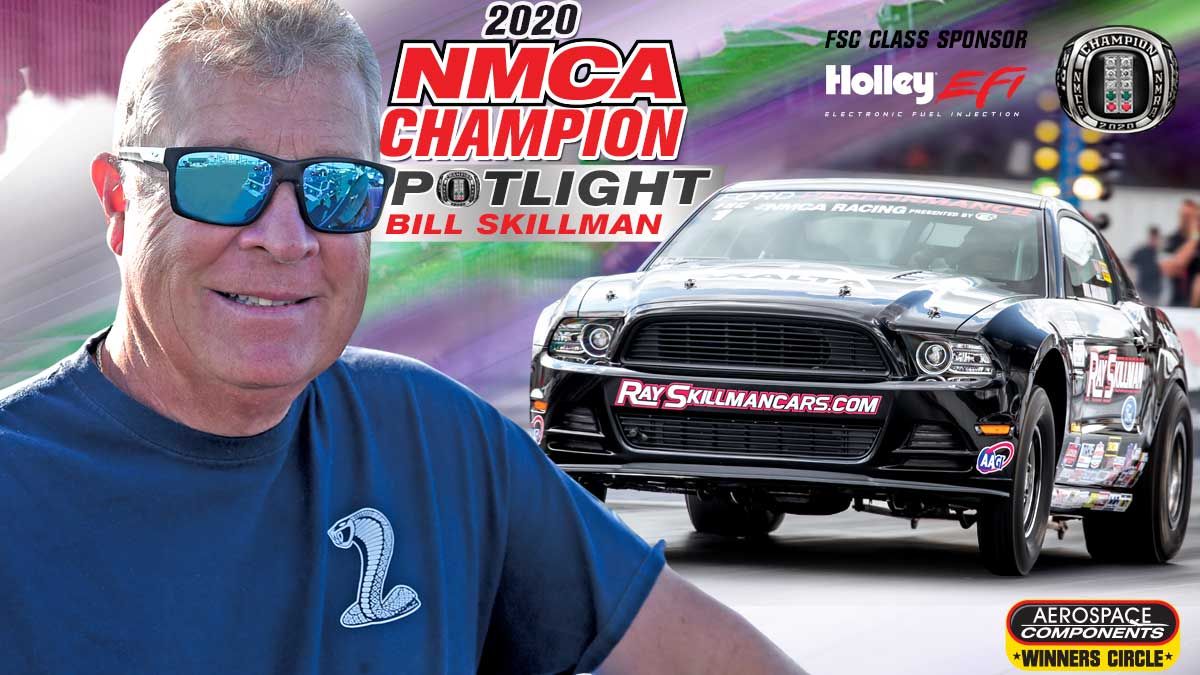 Soon after earning the NMCA Holley EFI Factory Super Cars championship in 2019, Bill Skillman cited how close the competition was in the category.

So when he set his sights on backing up his championship in 2020, he made sure his Mustang Cobra Jet was amped up and ready to go all out with a 327 cubic-inch engine massaged by Holbrook Racing Engines and topped with a Whipple supercharger.

Then, he headed from his home in Indiana to the 18th Annual NMCA Muscle Car Mayhem presented by Holbrook Racing Engines in March at Bradenton Motorsports Park in Florida. Not at all rusty from not racing over winter, he qualified in the fourth spot with a 7.72 and finished as the runner-up with a 7.73.

Skillman then qualified in the eighth spot with a 7.95, but unfortunately, he had issues which prevented him from making his pass in the first round of eliminations at the 12th Annual Scoggin-Dickey Parts Center NMRA/NMCA All-Star Nationals in June at Atlanta Dragway. Picking up where he left off, he qualified in the sixth spot with a 7.80 and finished as the runner-up after a red light start in the final round of eliminations at the Nitto Tire NMRA/NMCA Super Bowl presented by HPJ Performance in August at World Wide Technology Raceway in Illinois. 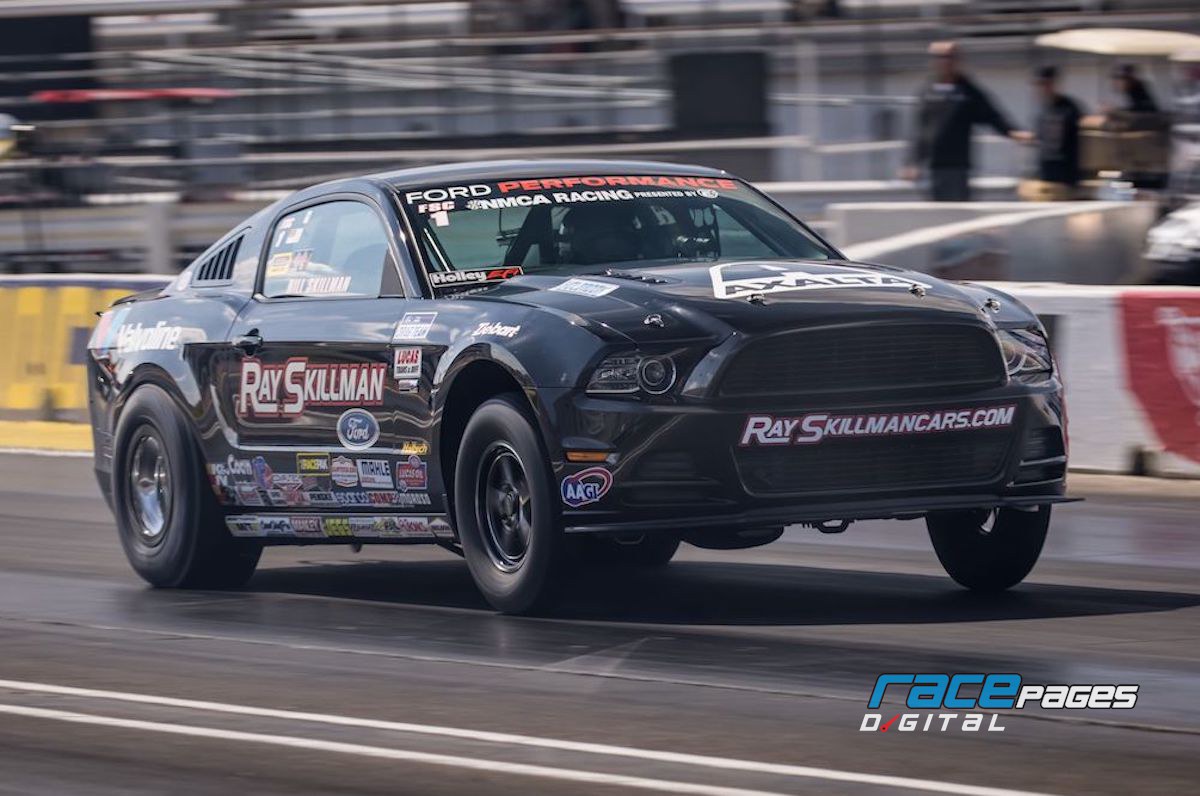 With competitive consistency, he qualified in the sixth spot again, with a 7.80 again, at the NMRA/NMCA All-American Nationals presented by Force Engineering, in late August at U.S. 131 Motorsports Park in Michigan. After several rounds, he pulled alongside his son, Drew Skillman, for the final round of eliminations, and wrapped up another win when his son had issues and couldn't make the call to the lanes.

Saving the best for last, Skillman set the pace in qualifying with a fantastic 7.58 and flew to the win with a 7.70 at the final NMCA event of the season, the 19th Annual Nitrous Supply NMCA World Street Finals presented by Chevrolet Performance in September at Lucas Oil Raceway in Indiana. With that, he accomplished what he had set out to accomplish in backing up his NMCA Holley EFI Factory Super Cars championship and keeping the number 1 on the windows of his car for the 2021 season. 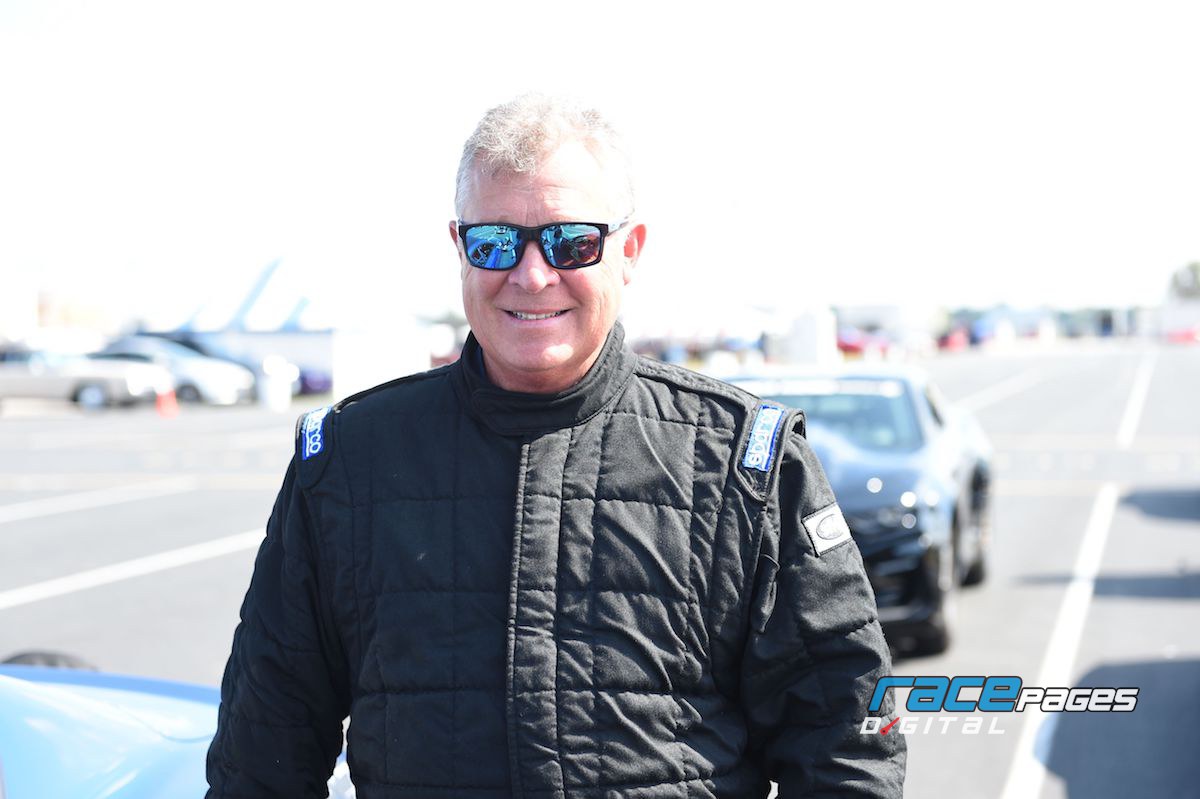 The championship went down to the last few runs, so it was stressful, but a lot of fun at the same time. I don't know if any championship can compare with your first, but after your first one, you know you can do it so you go about it with more confidence. COVID, as you know, disrupted everyone's lives, and I feel fortunate that we even had a season and won the championship.

Number one, I have to thank my father, Ray Skillman, for supporting our race program and giving the racing bug to Drew, my son, and me. Of course, I have to give a big shout-out to my wife, Stacy, for never giving grief for being gone so much.

This championship is not possible without all of the employees of the Ray Skillman Auto Group, and my team, including Tomi Laine, Dave Yediny, Joey Gwinn and Anthony Bivens. These guys are the best in the business as far as I'm concerned. Sponsors are so important and I want to thank Valvoline, Axalta Paints and Coatings, AAIG, Indianapolis Car Exchange and Ziebart of Indianapolis.

We love racing Factory Super Cars because it's a pure heads-up class. It's a tough job making big horsepower hook up on a nine-inch slick. This class has so many quality guys and girls racing in it who are both fierce competitors and friends at the end of the day. 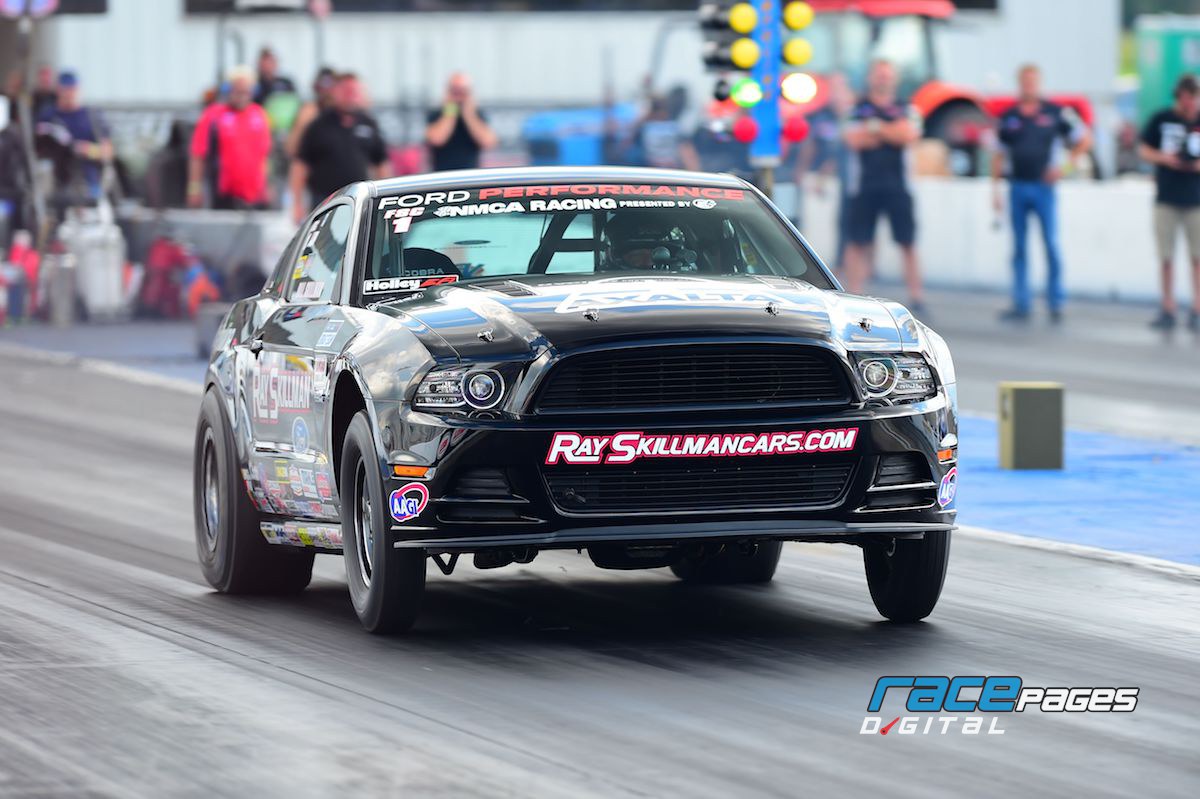