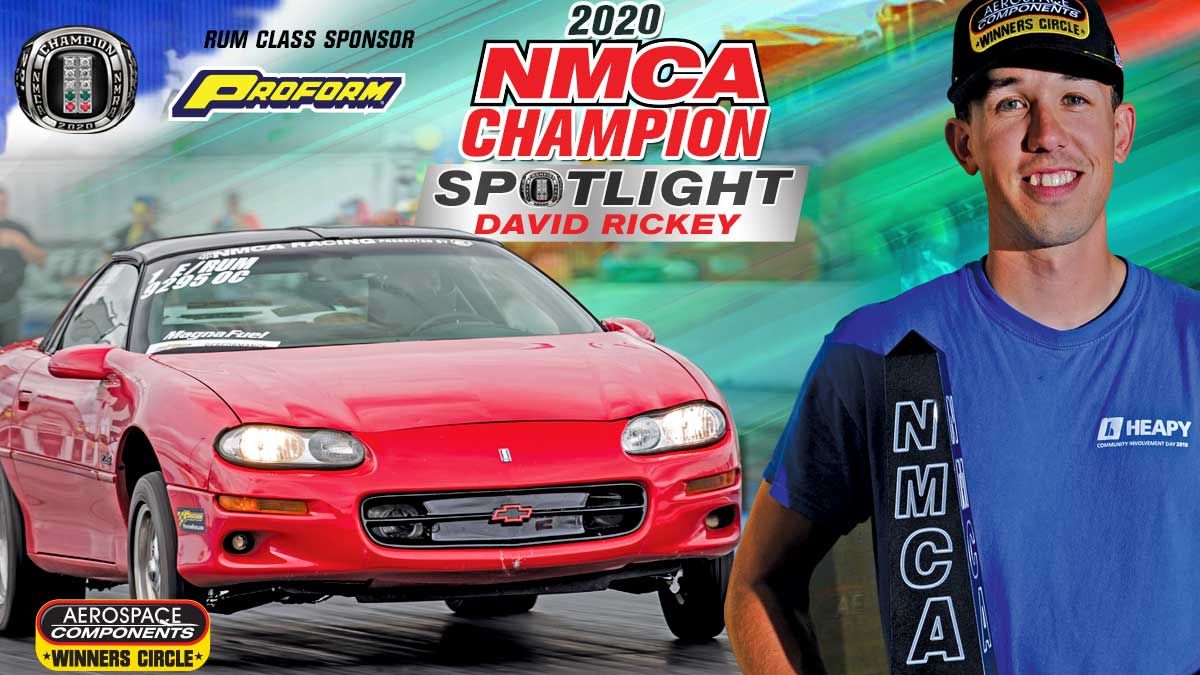 By Mary Lendzion Soon after buying his Camaro in 2007, David Rickey began adding bolt-on parts to beef it up. Then, he began racing at tracks near his home in Ohio, as well as in the Chevrolet Performance Challenge Series. He is as competitive as they come in Proform Rumble, and after capturing a championship in the category in 2018 and 2019, he poised himself to power to a third championship in 2020. With the number 1 on the windows of his car and an LS1 engine under its hood, Rickey headed to the first Chevrolet Performance Challenge Series event of the year, which was at the 18th Annual NMCA Muscle Car Mayhem presented by Holbrook Racing Engines in March at Bradenton Motorsports Park in Florida. He qualified in the second spot with an 11.03 on an 11.00 index and exited eliminations in the semifinal with an 11.09. The Bradenton race was tough for me, said Rickey, who also races in NMCA MagnaFuel Open Comp at events. I had battery issues, cracked a spark plug and fought my tune-up the whole weekend. I had never raced at sea level before, and the tune-up in the car didn't respond well. Rickey, who sometimes uses nitrous, went on to qualify in the fourth spot with an 11.03 on an 11.00 index and went all the way to the Aerospace Components Winner's Circle with an 11.11 at the 12th Annual Scoggin-Dickey Parts Center NMRA/NMCA All-Star Nationals in June at Atlanta Dragway. 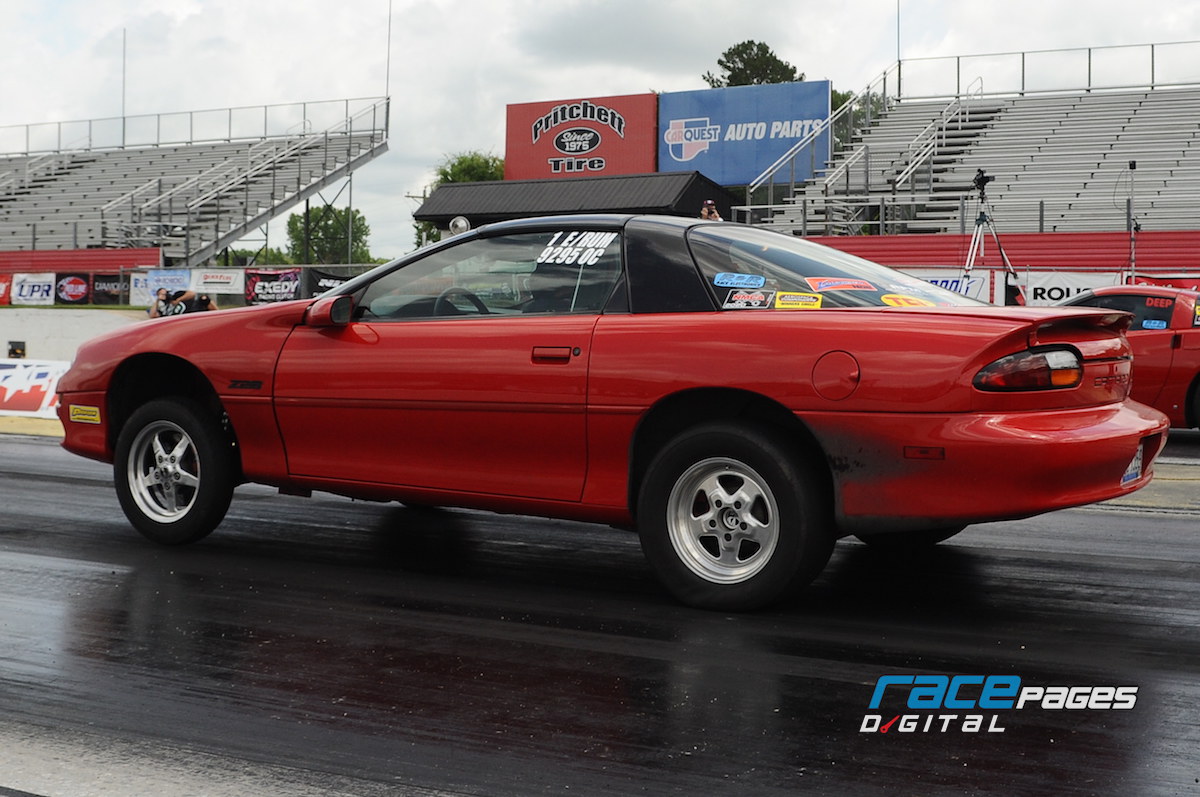 He then qualified in the sixth spot with an 11.07 on an 11.00 index and exited eliminations in the first round with a breakout time of 10.98 at the Nitto Tire NMRA/NMCA Super Bowl of Street-Legal Drag Racing presented by HPJ Performance in early August at World Wide Technology Raceway in Illinois. With the points battle beginning to heat up, Rickey qualified in the second spot with an 11.009 on an 11.00 index, and ran into trouble and exited eliminations in the semifinal at the NMRA/NMCA All-American Nationals presented by Force Engineering, in late August at U.S. 131 Motorsports Park in Michigan. The semifinal round at the event in Michigan was really disappointing, said Rickey. I had a chance to take a fairly commanding points lead if I won that race, and I was running really well that weekend until I burned a spark plug wire. The car misfired going down track, which made it slow down a tenth, ending my weekend. Things turned around for the Ohioan at the 19th Annual Nitrous Supply NMCA World Street Finals presented by Chevrolet Performance in September at Lucas Oil Raceway in Indiana. He qualified in the fifth spot with an 11.04 on an 11.00 index, wrapped up another win, this time with an 11.01, and walked away as the 2020 Chevrolet Performance Challenge Series Proform Rumble champion. It is extremely rewarding to win a championship in this class for the third year in a row, said Rickey, who also earned an admirable second-place finish in NMCA MagnaFuel Open Comp points. So many things have to go your way to win a championship. It is a lot of hard work just to make it to all the races, let alone winning enough rounds to be the champion. Seeing all that effort and hard work pay off is amazing. While the Coronavirus pandemic prevented NMCA and the Chevrolet Performance Challenge Series from having annual ceremonies to celebrate champions, each was invited to share the words they would have shared on stage in front of their fellow racers, family and friends. 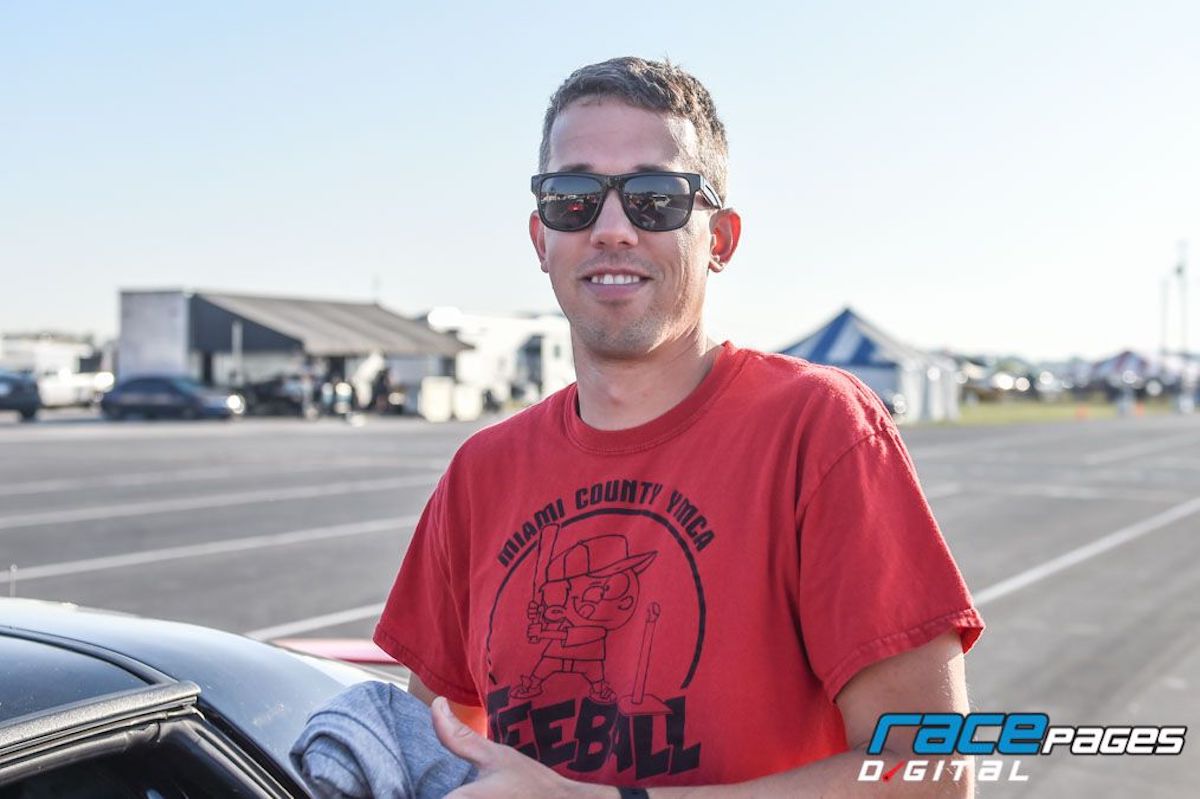 HOW DOES IT FEEL TO HAVE EARNED A CHAMPIONSHIP DURING SUCH AN UNUSUAL SEASON There are a ton of good racers in this class, and we all seem to get better every year. So, to come out on top is very humbling. It feels great. I feel fortunate to have the opportunity to have a place to race and to have the ability to race. Lots of people are struggling this year, so just to be able to do what I love is great. WHAT WAS THE BIGGEST CHALLENGE YOU OVERCAME ON YOUR WAY TO EARNING THE CHAMPIONSHIP Other than the stiff competition in this class, I fought some issues with my car. I mentioned before the issues I had in Bradenton and Michigan. In Indy, I also had an issue with my vehicle anti-theft system, which cost me a qualifying run. Those issues definitely did not make it easy for me. WHICH FAMILY MEMBERS AND FRIENDS WOULD YOU LIKE TO THANK FOR SUPPORTING YOU ALONG THE WAY First and foremost, my family, including my wife, Jessica Rickey, sons, Chase and Lucas Rickey, dad, Tim Rickey and mom, Susan Rickey. As you can tell from my crew list, racing is a family affair for me. The support and encouragement I get from them is amazing. WHICH SPONSORS WOULD YOU LIKE TO ACKNOWLEDGE R&R race electronics came on board as a sponsor this year for me. They make weather stations and logging software for drag racers. Having accurate weather data really helped keep my car consistent all year. WHAT DO YOU ENJOY ABOUT RACING IN RUMBLE The Rumble class has a lot of great competitors and even better people. The camaraderie between the racers makes the class really fun. On track, the competition is great. It is a difficult class and it is hard to make these cars run the number over the course of multiple days. 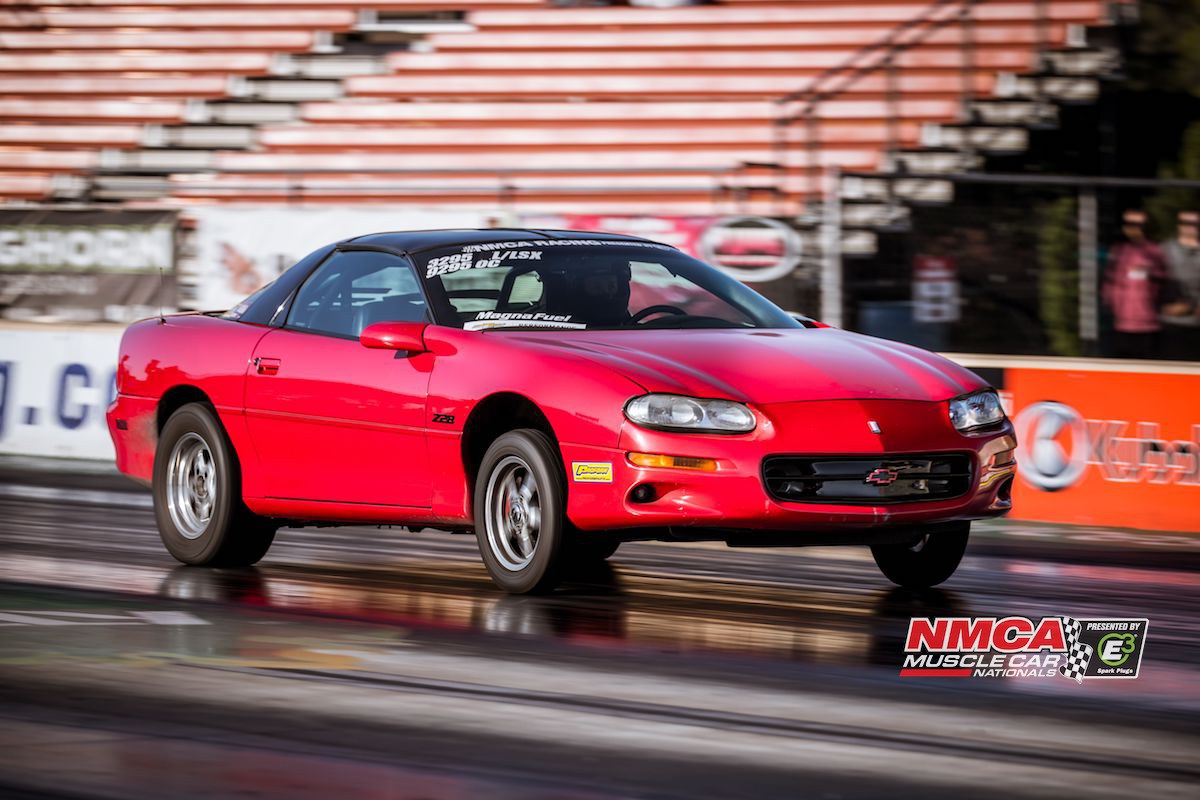