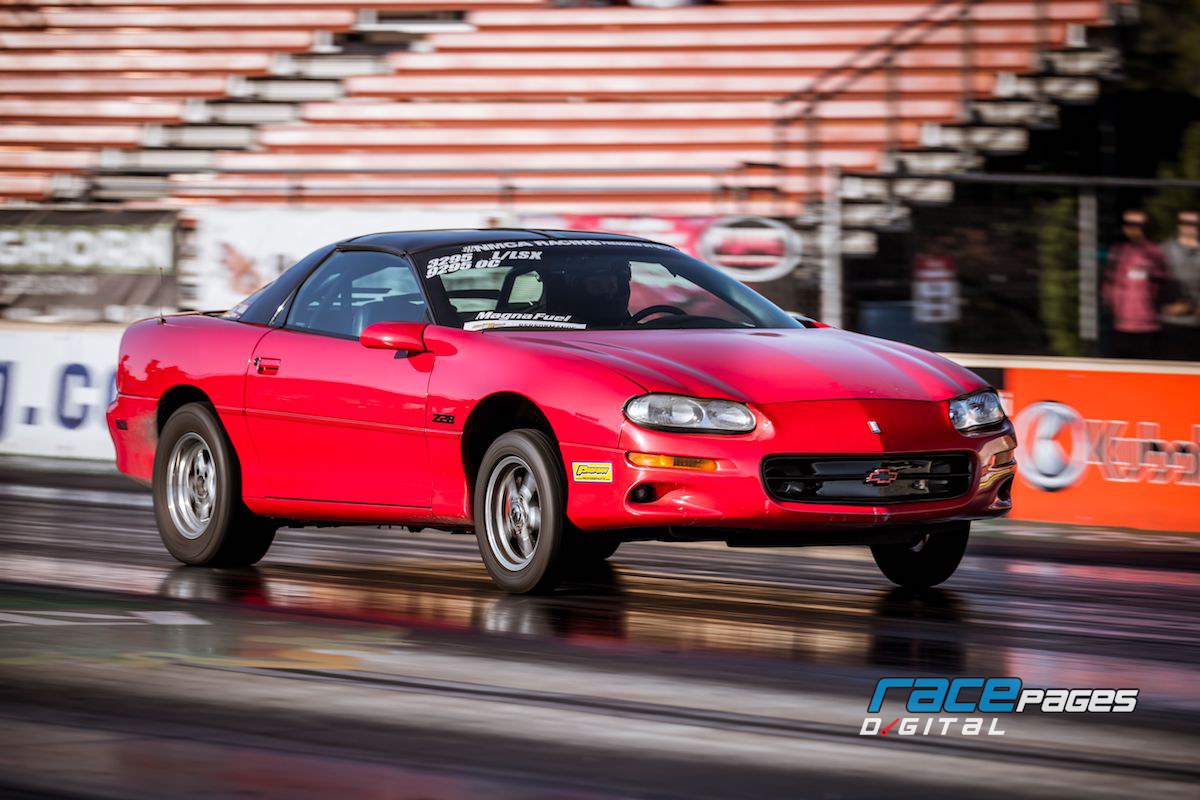 By Mary Lendzion As one of the categories contested as part of the Chevrolet Performance Challenge Series at NMCA events, Proform Rumble is a crowd-pleaser. The drivers have to run on an index and be just as ready on the tree as they are on the top end, and among them is David Rickey, who secured the championship in the category in 2018 and 2019. It's proof that he has what it takes to successfully wheel his 2002 Camaro, which he purchased in 2007 and drove back and forth to classes while he was studying engineering at Wright State in Dayton, Ohio. It was stock at the time, and he began adding bolt-on parts here and there to hop it up, and before long, he was racing it at tracks near and not so near his home in Tipp City, Ohio. These days, Rickey, a mechanical engineer for Heapy Engineering, relies on the same LS1 engine that was in the car when he purchased it, but it has been enhanced by a lumpier cam and a little nitrous from a Nitrous Outlet kit, and it has been backed by a 4L60 transmission by RPM Transmissions. Rickey has it dialed in to run 11.00 in Proform Rumble while rolling on Mickey Thompson Pro Bracket Radials, and while he keeps changes to the chassis and combination to a minimum as the car consistently runs close to, or on, the index, he did some work over winter. 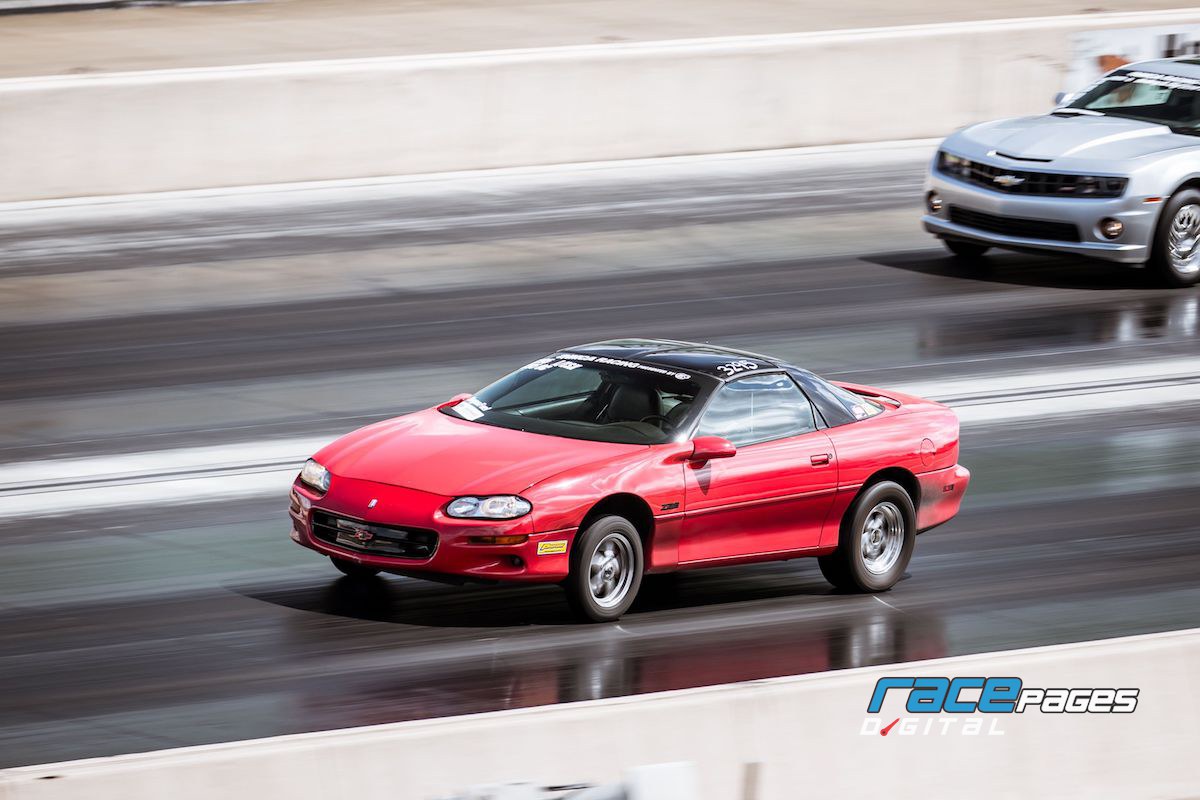 I wanted to get some weight off the car, so I pulled the power steering components and installed a Midwest Chassis tubular K-member, and that shaved about 50 pounds, which is good because I want to help my heavy car get off the line more quickly, said Rickey, who also competes in NMCA MagnaFuel Open Comp and collected a second-place finish in points in that category last year. When the work was wrapped up, Rickey left snowy Ohio for sunny Florida and the 18th Annual NMCA Muscle Car Mayhem presented by Holbrook Racing Engines in March at Bradenton Motorsports Park. Some things related to my tune-up cropped up that affected my car's consistency at that race, said Rickey, who still pulled off semifinal finishes in Proform Rumble and MagnaFuel Open Comp. More recently, Rickey made some passes at Muncie Dragway in Indiana. Since I had those consistency issues at the NMCA event in Florida, I needed some time to tune with my HP Tuners software, especially for fueling and timing, and I think the tune is coming around, said Rickey, who has a lot of support in his racing efforts from his wife, Jessica, sons, Chase and Lucas, and parents, Susan and Tim, who also races. Soon, Rickey, who earned four wins and two runners-up at Chevrolet Performance Challenge Series/NMCA events last year, will head to the 12th Annual Scoggin-Dickey Parts Center NMRA/NMCA All-Star Nationals, June 25-28 at Atlanta Dragway, an eagerly-anticipated event that will mark NMRA and NMCA's return to racing following the Coronavirus pandemic. I'm hoping to earn my third straight Rumble championship, said Rickey. And, if I could earn my first Open Comp championship while I'm at it, that would be even better. 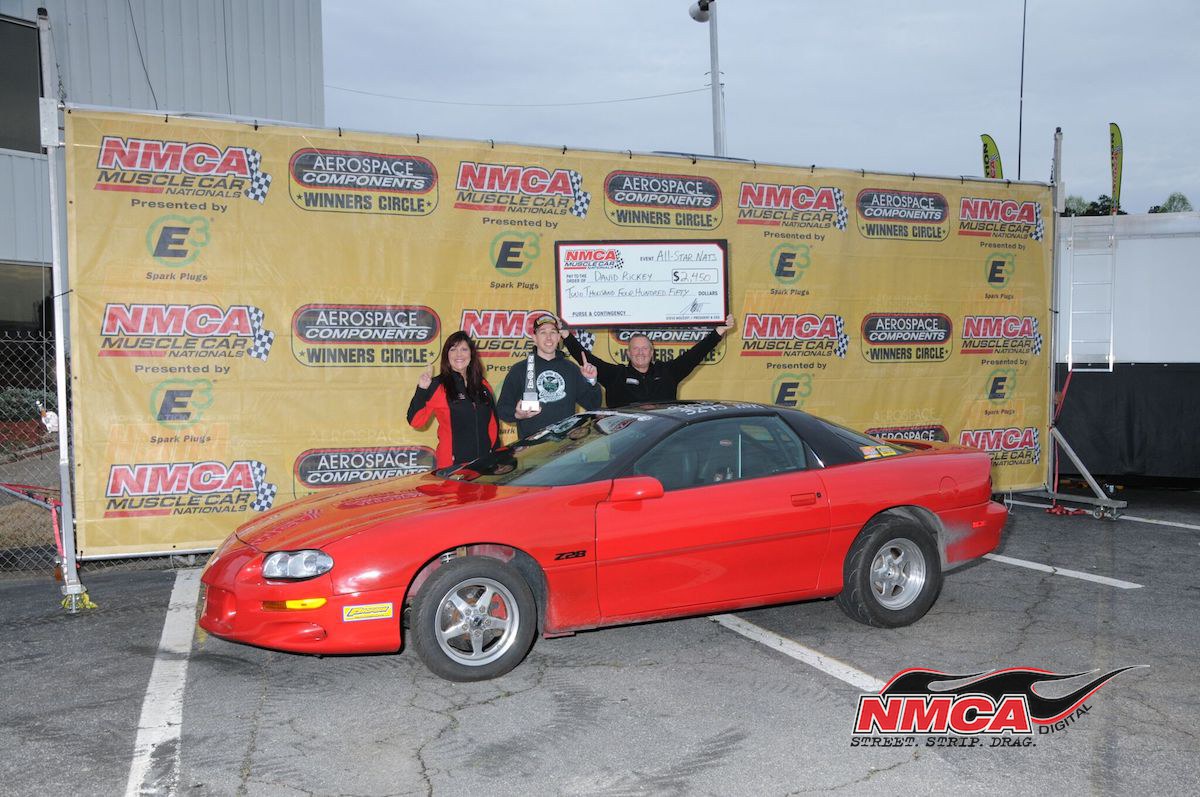