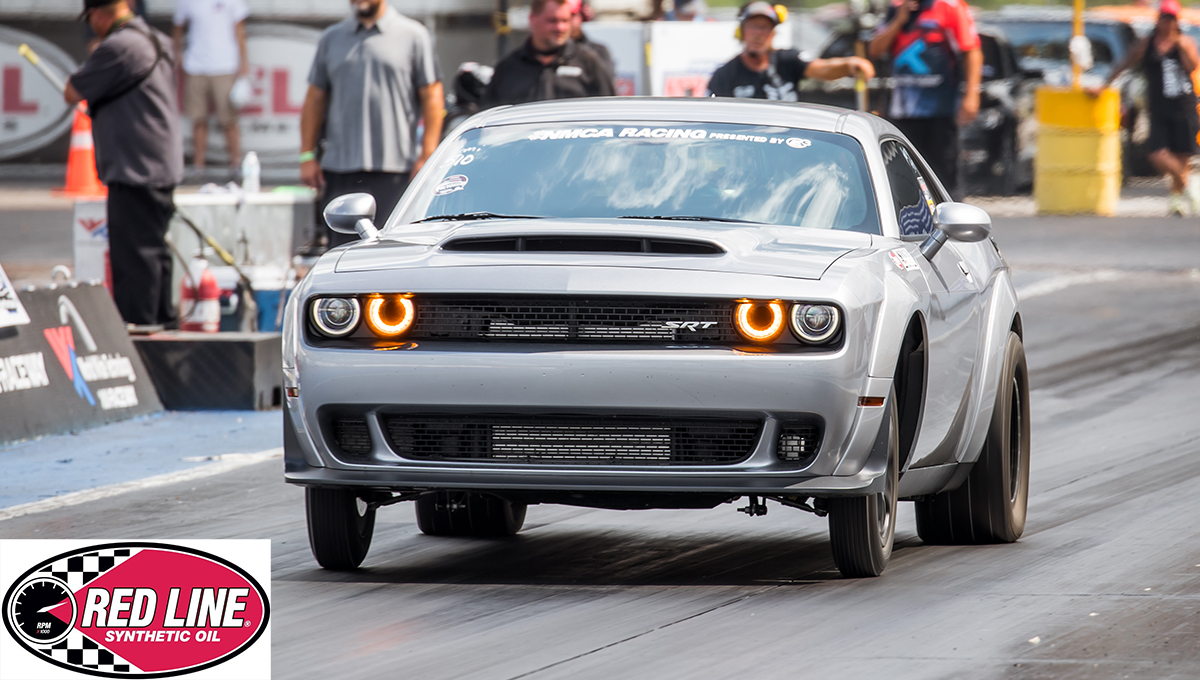 High quality oil in high-performance engines is critical and Red Line Oil has stepped up big in the NMCA Muscle Car Nationals this season. The company was named Official Oil of the Dodge//Mopar HEMI Shootout. The sponsorship is in addition to its Presenting sponsorship of the Arrington Performance Quick 8, a King of the Hill eliminator that is created by the quickest eight cars from the HEMI Shootout. Red Line Oil is well-known for their products that lubricate the insane 10,000HP nitro-burning HEMI engines of Top Fuel and Funny Car down to the street cars that jam pack every NMCA event. Their products keep drag racing and street machines moving forward and we are thrilled to have them onboard again in 2020, said Rollie Miller, General Manager and National Event Director. Red Line Oil works closely with Arrington Performance and its popular line of crate engines and unique car builds at their custom shop, Diversified Products. The Arrington Performance crate engine program uses Red Line Oil exclusively and backs each engine with a 30,000 mile warranty. Their partnership and proof of exceptional products are the main reasons the NMCA has declared it the Official Oil of the Dodge//Mopar HEMI Shootout. The NMCA Muscle Car Nationals partnered with Dodge//Mopar for the 2019 season to help provide a safe environment for the late-model HEMI enthusiasts and the program continues today. NMCA offers 75 complimentary entries to the HEMI Shootout for each NMCA national event, courtesy of Dodge//Mopar. Enthusiasts are required to pre-register at www.NMCAdigital.com/HEMI and the vehicles must feature a Gen III HEMI in a late-model Dodge, Chrysler, or Jeep vehicle.
Arrington Performance
,
Dodge / MOPAR
,
HEMI Shootout
,
nmca
,
Red Line Oil