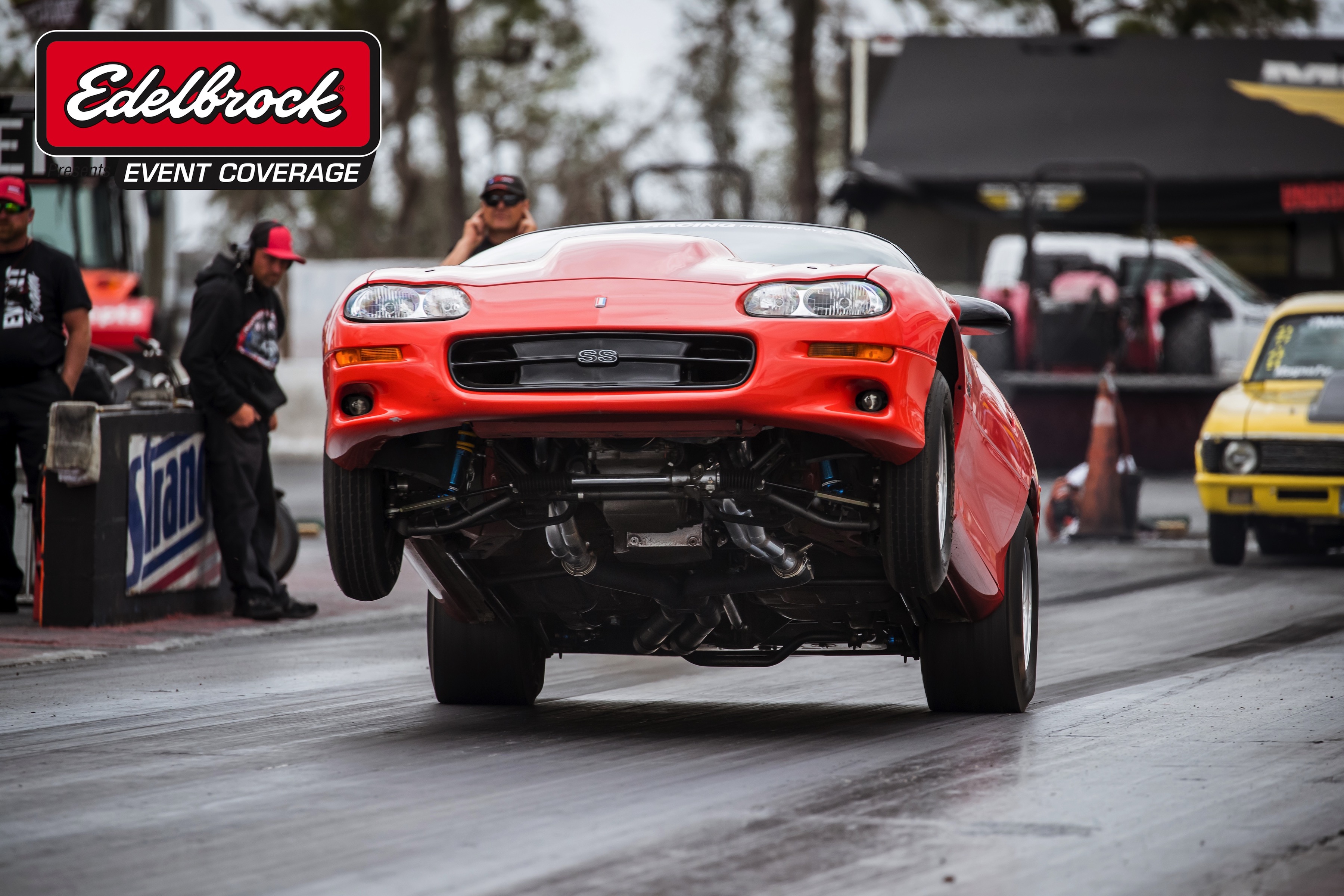 Written by Mary Lendzion Drivers of the Chevrolet Performance Challenge Series set in motion a new season of racing with the 18th Annual NMCA Muscle Car Mayhem presented by Holbrook Racing Engines, March 5-8 at Bradenton Motorsports Park in Florida. If they were in need of seat time after several months off, the racers didn't show it, as there were many laudable laps down-track from drivers wanting to celebrate in the Aerospace Components Winner's Circle.

Ronnie Hackelton ran a 10.03 in his Camaro to lead qualifying in Chevrolet Performance Stock presented by Scoggin-Dickey Parts Center, and in the final round of eliminations, Jeff Heintz collected his first win in the class with a 10.18 in his Camaro over Keith Vaughn, who recorded a slightly better reaction time, but a slightly slower elapsed time a 10.34 in his Corvette. In the Chevrolet Performance Street Car Challenge, Billy Wakefield wrapped up the overall win with a 9.07 average, while Terry Faust wrapped up the runner-up finish with a 9.12 average. Other winners included Jimmy Hartley in the 10-second category, Steve Schoenewald in the 11-second category, Jacob Segars in the 12-second category and Angel Gaulden in the 13-second category. Phil Peters put the finishing touch on the category with the win in the 14-second category. The Chevrolet Performance Challenge Series, which becomes more and more popular with each event, will stir things up even further at the second stop on the series tour, the 12th Annual Scoggin Dickey Parts Center NMRA/NMCA All-Star Nationals, April 2-5 at Atlanta Dragway.
Coverage
,
CPCS
,
Late Model Engines
,
LME Street King
,
Proform Parts
,
Proform Rumble
,
Race Wrap
,
Round 1
,
Scoggin Dickey Parts Center