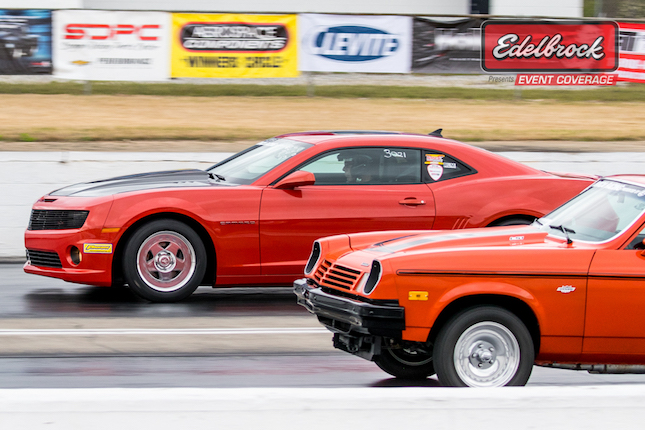 Leading off the Challenge series was the heads-up eliminatorChevrolet Performance Stockpresented by Scoggin-Dickey Parts Centerclass, which saw a number of new car debuts at this event. Coming of a win at the first race of the year, Jesse Wilson qualified number one with a 10.09 performance. Wilson would meet Haley Rounsavall in the final round of competition and take the win with a bracket-like 10.09 to Rounsavall's 10.38 run. New this year is the Chevrolet Performance Street Car Challenge, which is open to LS- and LT-powered vehicles. Drivers compete in a True Street-style of competition. Normally, longtime LSX competitor Tom Calabrese aims for the 12-second True Street average behind the wheel of his 2010 Camaro, but for this event, he was able to hold the loud pedal down, and run 12.03, 11.98, and 11.82 for an average elapsed time of 11.94 seconds and the overall class win. Paul Smith grabbed the runner up prize with a 12.13 average and Oscar Campos received the 13-second award. In LME Street Kingcompetition, Jenna Pierce-Wilson in her 2010 Camaro grabbed the top qualifying spot with a 9.758 on a 9.75 index. The final round of eliminations paired 2017 champion Kurt Anderson against Jeff Brady. In the late-versus-early-model Camaro battle, Brady used a better reaction time to push Anderson into breaking out at the top end, with Brady clocking a 10.09 on a 10.00 index for the win and Anderson going 9.98 on the same index.

Looking to double up for the weekend, Tom Calabrese grabbed the top qualifying spot in Proform Rumblewith a 12.008 on a 12.00 index. He would make it to the final, but came up short against David Rickey, who used a sizeable starting line advantage to get his 11.05 on an 11.00 index to defeat Calabrese's better 12.01 on a 12.00 index. Next, the Chevrolet Performance Challenge Series moves to Bowling Green, Kentucky, where the event will play host to the LSX Shootout, a longstanding tradition in the series that celebrates its first year at Beech Bend Raceway, May 17-20.
All-Star Nationals
,
Chevrolet Performance Challenge Series
,
Chevrolet Street Car Challenge
,
Commerce
,
Drag Racing
,
Georgia
,
LME Street King
,
MAHLE
,
nmca
,
NMRA
,
Proform Rumble
,
Scoggin-Dickey 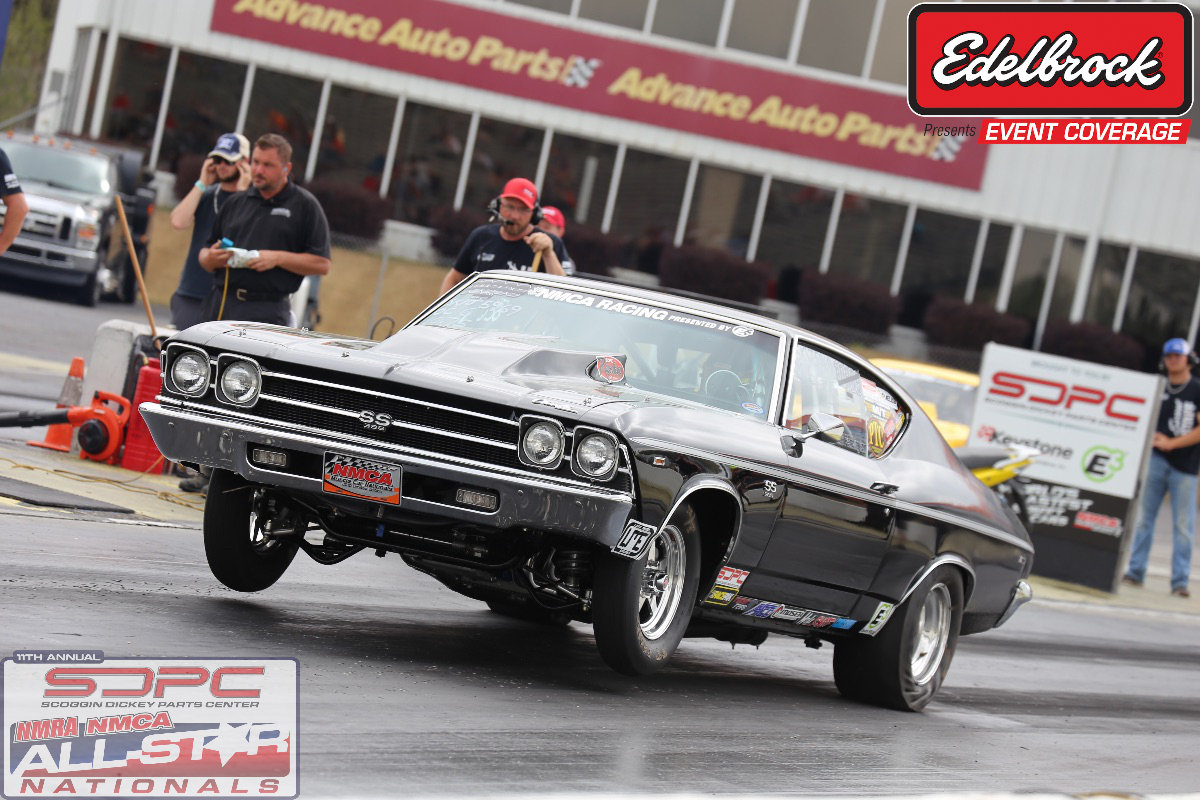