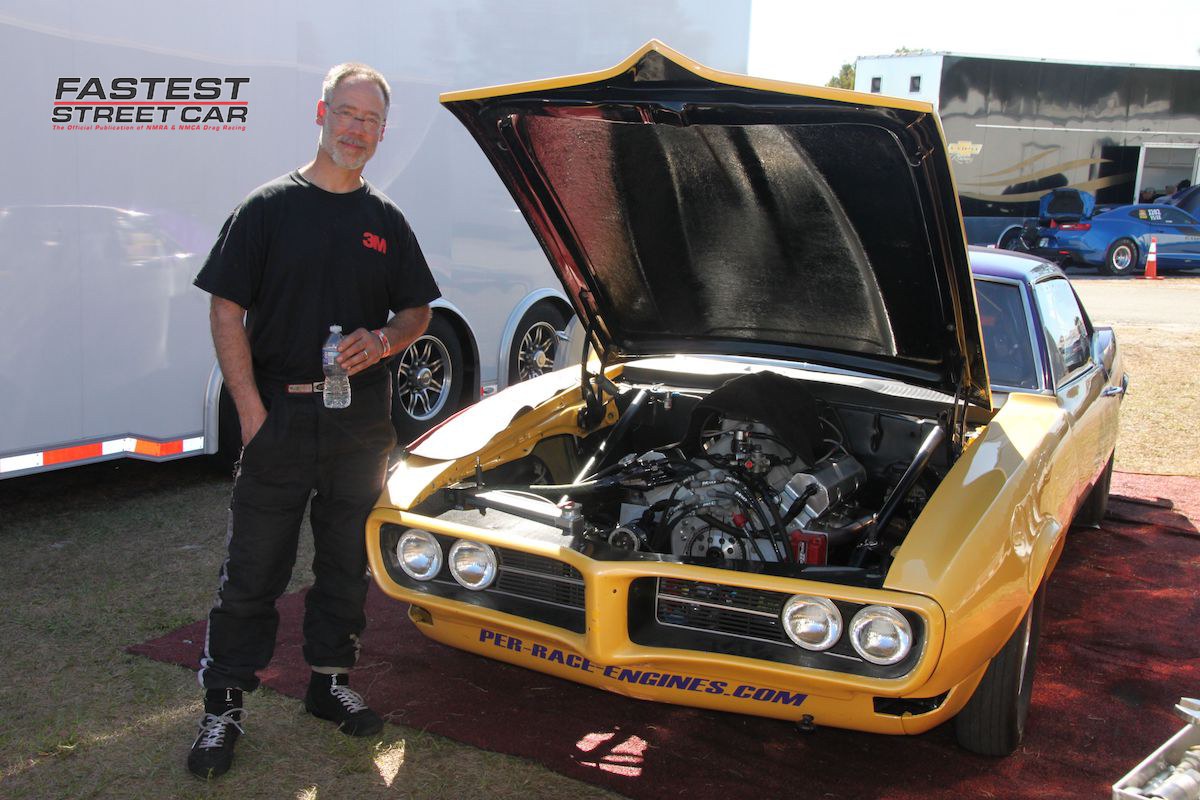 By Mary Lendzion Once a month every spring through fall, Tony Petrovski spins serious rpm in All Motor at Milan Dragway in Michigan. The category is highly competitive and hotly contested, but Petrovski has held his own for the past several years, as he has been as quick and fast as 7.84 and 174 mph and captured the championship in the category in 2018. Fortunately for NMCA fans, the Almont, Michigan-based driver had been paying attention to the NMCA Dart NA 10.5 presented by Diamond Pistons category, including what the combinations consist of and what the cars clock, for the past few years, and decided to make the long haul from the Great Lakes State to the Sunshine State for the 18th Annual NMCA Muscle Car Mayhem presented by Holbrook Racing Engines in early March at Bradenton Motorsports Park in Florida to join the high-revving category. We had been following NA 10.5 for a while, and we had wanted to get our feet wet in another series, so we thought we'd try it this year, said Petrovski. He had everyone's attention as soon as he rolled out of his trailer his beautiful black Mustang built by Dave Kelsey of KTS Race Cars and powered by a 598 cubic-inch big-block Chevy built by Dan Cordier of DC Inc. on a Dart block with a Winberg crank, Comp Cams camshaft, Diamond Pistons, Total Seal piston rings and GRP rods, and topped with Brodix Big Chief heads, Jesel rocker arms and lifters, Trend pushrods, PAC springs, Victory valves and an HRE sheetmetal intake with a billet top by Mike's Racing Heads. His engine, which was freshened over winter, sips fuel from a Book Racing carburetor, and a Rossler Turbo 400 and Neal Chance converter help plant power in the car rolling on a four-link, Strange axles, Afco struts and shocks and Weld wheels wrapped with Mickey Thompson tires. [gallery columns="2" size="full" ids="16925,16926"] We had a nice welcome from a lot of racers in the category, including Rich Nye, Joe Clemente, Leonard Long and others, and we appreciated that, said Petrovski, who added a couple hundred pounds to his car to be in compliance with Dart NA 10.5 presented by Diamond Pistons rules, before rescaling it. Because Petrovski had never raced at Bradenton Motorsports Park or in Florida before, he didn't have data to help dial in his chassis and combination. That, the weight we added, the weather and the fact that we didn't get there in time to test, put us behind the eight ball and threw us for a bit of a loop, said Petrovski, whose famously large P&P Motorsports crew includes his wife Dijana Petrovski, his crew chief Rusty Pancevski and his wife Caroline Pancevski, as well as Goran "G" Naumovski, Steven "Nephew" Atovski, Lazo Nastov, Ty Cobb, Sam and Marcus Crawford. There was quite a learning curve, mostly because of the weight we added, and we were trying to get the car dialed in during qualifying. Moments after Petrovski put an 8.20 on the board to qualify in the seventh spot, the chute from a fellow driver's car caught his passenger's side door on the return road and damaged it, and with help from fellow racers, Petrovski and his crew found a replacement door at a salvage yard several miles away from the track, and got it in place before the call to the lanes for the first round of eliminations. There, he picked up to an 8.13, and while it wasn't quite enough to hold off a hard-charging Leonard Long, he was still happy that he and his crew made the 20-plus hour trip to the track. We had a great time, and it was a great experience, despite the learning curve, said Petrovski. We will be back. Those are words we're happy to hear from Petrovski, who plans to head to the Scoggin-Dickey Parts Center NMRA/NMCA Power Festival presented by HPJ Performance, May 28-31, at World Wide Technology Raceway in Madison, Illinois, to add to the adrenaline and action in Dart NA 10.5 presented by Diamond Pistons, where the current records are the 7.765 and 177.14 achieved by John Langer. 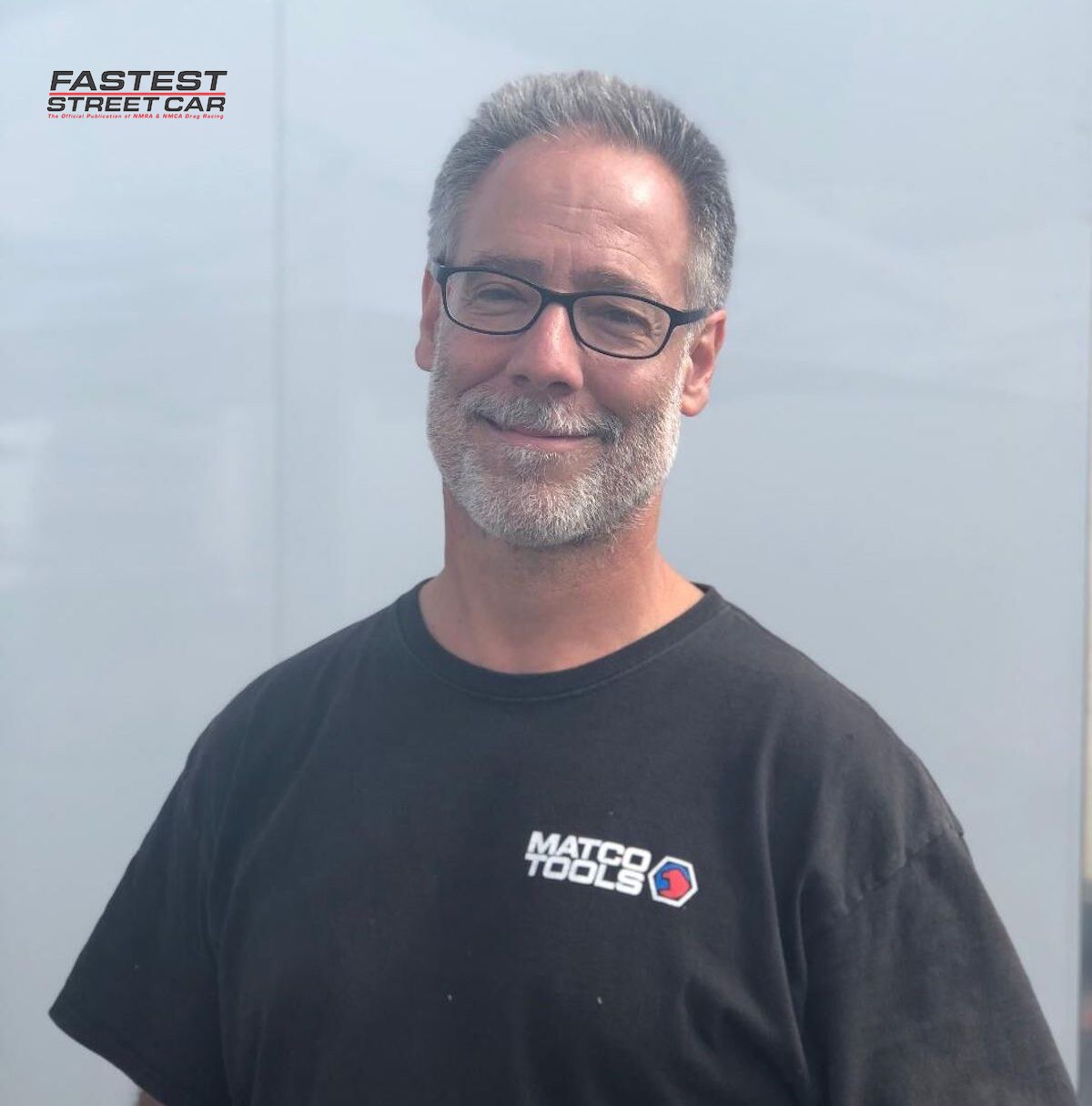