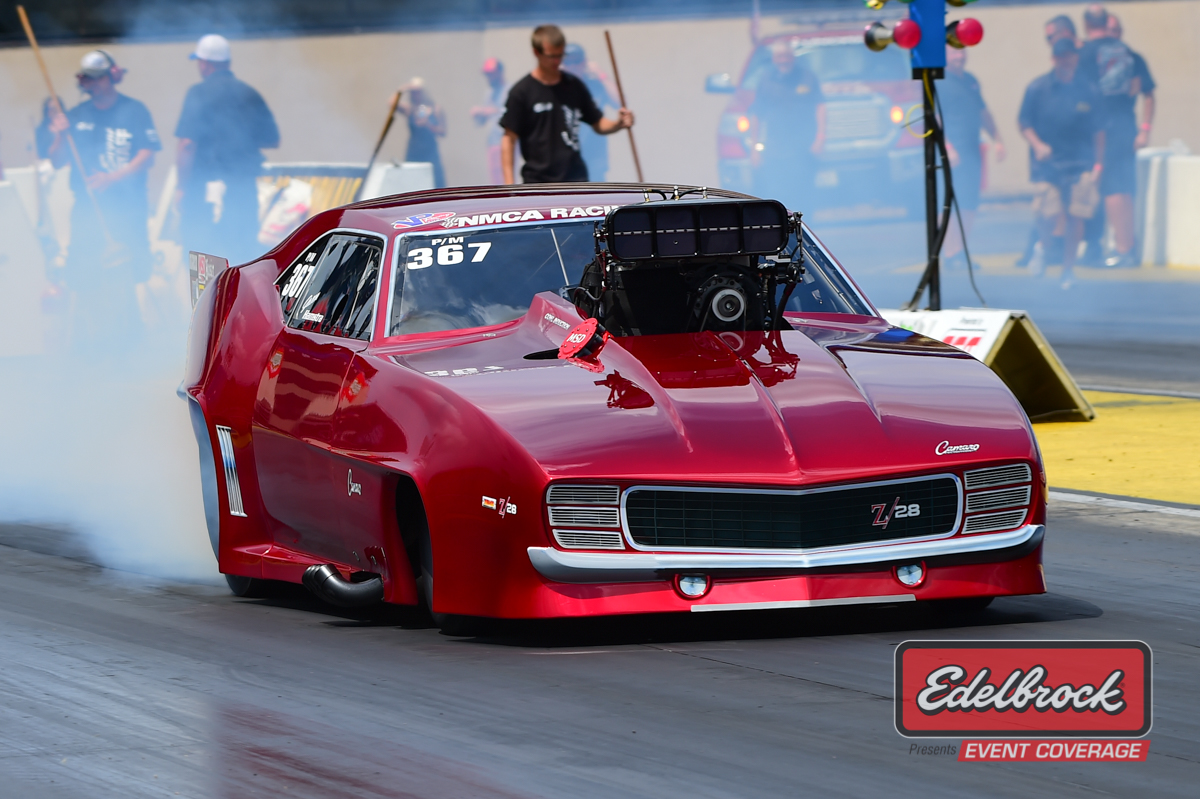 More than 600 race cars and 250 show cars arrived for the showdown that is the 13th Annual Nitto NMRA/NMCA Super Bowl of Street Legal Drag Racing presented by Fuel Systems Technology, July 27-29 at Route 66 Raceway in Joliet, Illinois. The weekend of wild racing was as exciting as expected, and everything escalated when winners in each series ran off at the end of the event as Team NMCA and Team NMRA to determine which drivers would wind up with specially-designed Nitto Diamond Tree Rings. Twenty-nine drivers vied for a spot in a sixteen-car field in VP Racing Fuels Xtreme Pro Mod, and each brought their A-game as it was another all 3-second field. Current points leader Don Walsh Jr. led the charge with a 3.70 in his Corvette, but Jason Hamstra and Billy Harper made it to the final, and Hamstra hung on for the win with a 3.69 in his Camaro while Harper was 4.79 in his Viper. DeWayne Mills motored to a 3.89 in his Camaro to set the pace in Mickey Thompson Radial Wars qualifying and made it to the final round to find James Lawrence and his Dragzine Corvette waiting for him. Both drivers were off the starting line with similar reaction times, but Lawrence, who was hungry to hang onto his lead in points, picked up the win with a 3.89 to Mills lifting 4.86. 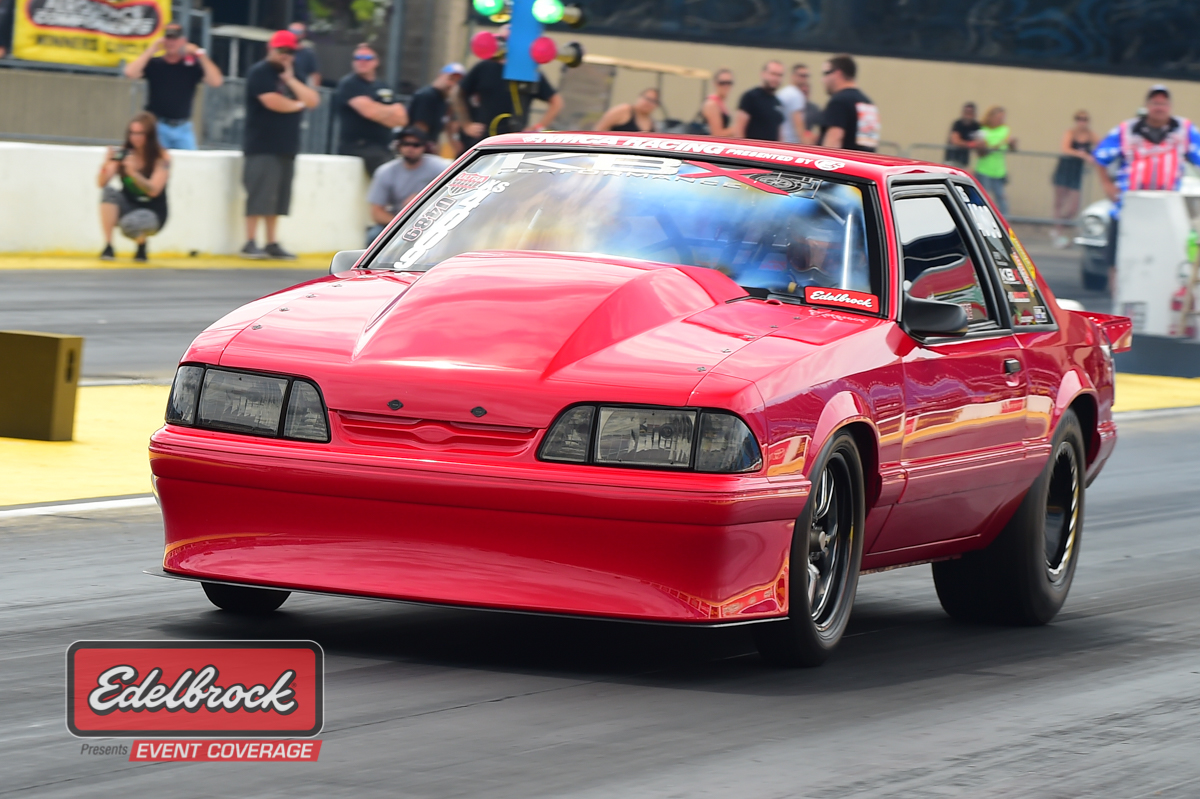 Joel Greathouse glided to a 4.68 in his Mustang to lead Edelbrock Xtreme Street qualifying, but the final focused on Joel Greathouse and Jessie Coulter. Greathouse got the win with a 4.70 in his Mustang when Coulter ran into trouble at the hit and had to lift in his Camaro. It was Greathouse's first Aerospace Components Winner's Circle experience in three years. Jordan Ensslin led ARP Nitrous Pro Street with a 4.37, but the final round featured points leader Jennifer Brooke Rice and her Mustang, and Trica Musi, who was driving the 1999 Trans Am nicknamed Popeye II, which was previously owned by her famous father, Pat Musi, and recently purchased by her fiance and fellow racer, Mike Bankston. Both drivers stopped the clocks at 4.51, and Musi made off with the holeshot win. David Theisen, who came to this race with the lead in Fuel Systems Technology NA 10.5 points, drove his Firebird to a 7.81 to set the pace in the high-revving category. He remained on point through the final, where he flew to a 7.91 to win over Chad Neuenschwander, who was 8.05 in his Mustang in his first-ever final in the category. In Vortech Superchargers/VP Racing Fuels Street Outlaw, points leader Shawn Ayers secured the lead spot in qualifying with a 4.29 in the Gold Dust Mustang belonging to Philadelphia Eagles football player Fletcher Cox, and later, he lined up against Daniel Pharris and his Mustang in the final. When the tree dropped, both cars were off and after a super-tight race, Ayers arrived at the starting line first with a 4.31 to Pharris 4.34. Ayers is familiar with the Aerospace Components Winner's Circle celebration with his third win of the season. Reigning Scoggin-Dickey Parts Center Chevrolet Performance Stock champion Jesse Wilson wheeled to a 10.11 to lead qualifying in the captivating category, and he made it all the way to the final, where he slowed to a 10.21, but it was enough to take the win over Scott Brown, who turned in a 10.54 in his Camaro. 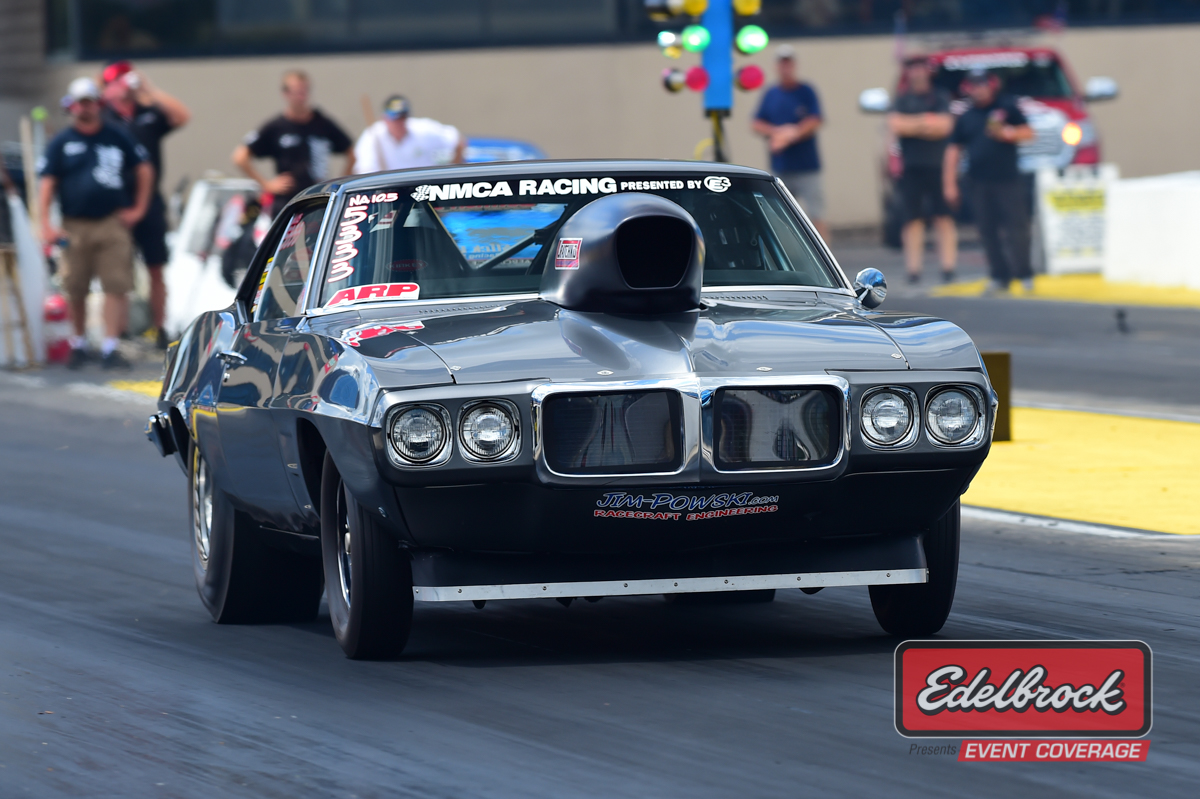 Jack Larson led qualifying in Coan Engineering Stock/Super Stock Combo, but Brad Bishop picked up the win with a 12.33 on a 12.33 dial in his Mustang over Daryl Bureski, who turned in an 11.44 on an 11.46 dial in his Oldsmobile. Jeff Frees, who was piloting his son's Barracuda for the weekend, snagged a 10.25 on a 10.25 index to lead ATI Nostalgia Super Stock qualifying, but Kevin Gass grabbed the win with a 9.86 on his 9.75 index over Dave Schultz, who was 9.93 on his 9.75 index in his Coronet. Don Fotti posted an 11.50 on an 11.50 to lead in Detroit TrueTrac Nostalgia Muscle Car qualifying, but taking it all the way was Chad Brewer, who won with a 10.97 on an 11.00 index in his Nova over Brian Crawford, who was 10.20 on a 10.25 index in his Duster. In MagnaFuel Open Comp, Rick Harden recorded a .002 in his Regal to land in the lead spot in qualifying, but the final round featured Susan Roush McClenaghan and Mike Lawson, and Roush McClenaghan grabbed the win despite breaking out with a 9.42 on a 9.48 dial in her Mustang as Mike Lawson clicked it red in his Nova. Joseph Welch wheeled to a 8.02 to lead qualifying in Holley EFI Factory Super Cars, but his weekend ended early when he impacted the wall in qualifying. That opened the door to a final boasting Chuck Watson, who wheeled to an 8.06 in his Mustang Cobra Jet to oust Kevin Skinner, who was forced to lift in his Mustang Cobra Jet. In Gear Vendors/QA1 True Street, Randy Thomas was the overall winner with an 8.78 average, and Mike Niehaus motored to the runner-up with a 9.20 average. Jason Struckman was the 10-second winner, Frank Beal was the 11-second winner and Tim Apple was the 12-second winner. Nathan Chastain cruised to the 13-second win, while Gastor Brown picked up the 14-second win and Belinda Moore drove to the 15-second win. The hotrodders were hauling in the Hemi Shootout, and among them was Bill Lee Jr., who was the overall winner with a 10.18 average, and Derrick Roderweiss rolled out a runner-up finish with a 10.19 average. Victor Cervantez was the 10-second winner, John Ridings was the 11-second winner and Tim Hagan was the 12-second winner. Charlie McMurray muscled his way to the 13-second win, Vincent Carter Jr. cruised to the 14-second win and Brian Rayburn took the 15-second win. Fastest Street Car Magazine Bracket 3, which was reserved for True Street racers only, saw James O'Connor use a 13.12 on a 13.10 dial to defeat Abigail Svoboda, who turned on the red. As the sun was setting over the track, winners got back behind the wheel of their cars for the Super Bowl run-off, and when the dust settled, Team NMRA earned the title for the ninth time. Two events remain on this year's tantalizing NMCA tour, including the 17th Annual Honeywell Garrett NMCA All-American Nationals, Aug. 23-26 at Summit Motorsports Park in Ohio, and the NMCA World Street Finals presented by Chevrolet Performance, Sept. 20-23 at Lucas Oil Raceway in Indiana. 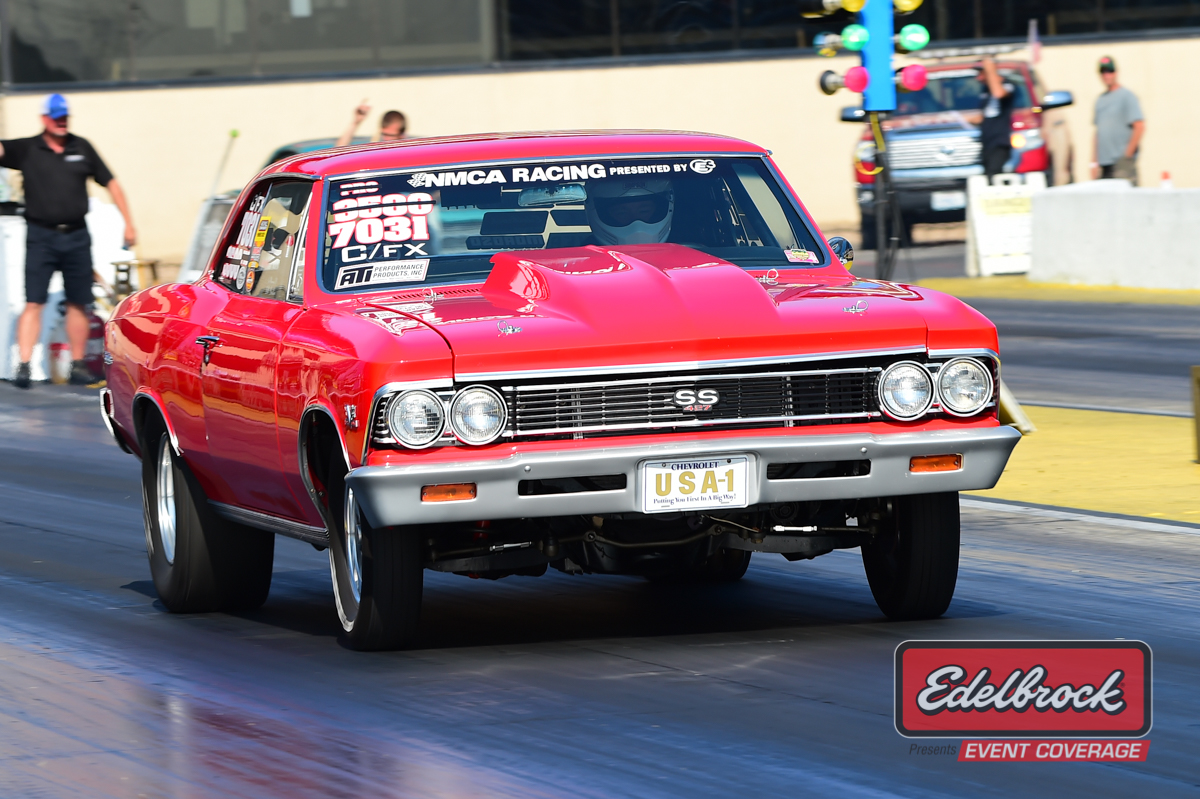