Making Money Racing Can be Done 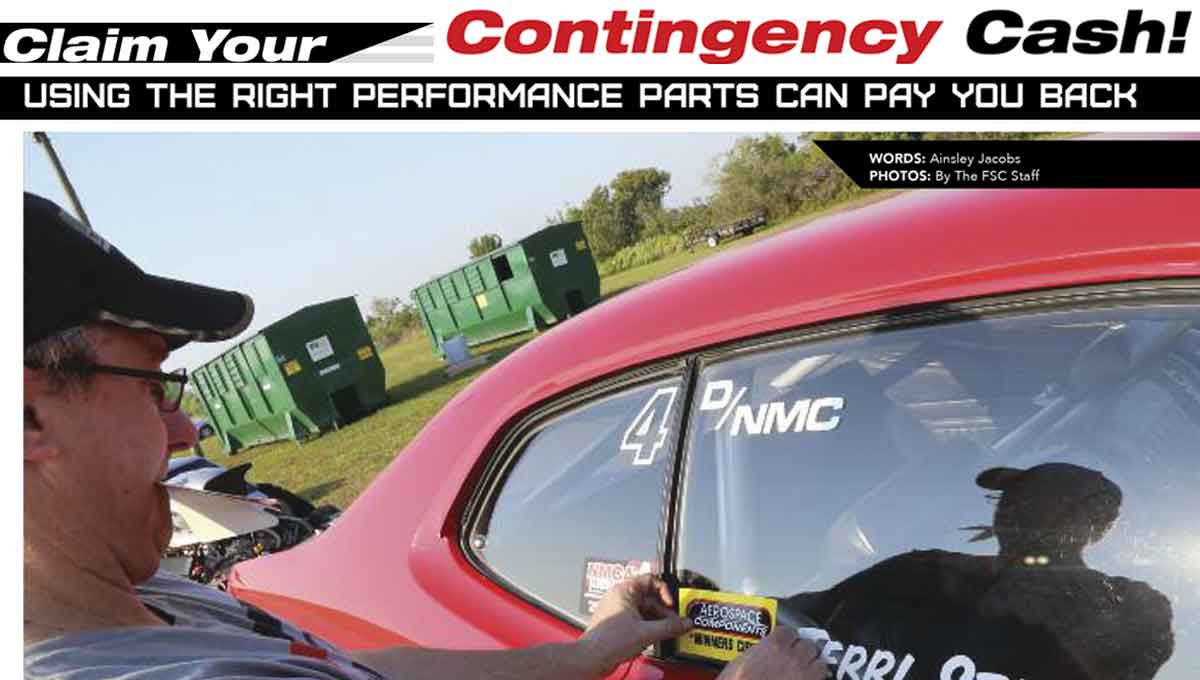 When it comes to drag racing, any penny saved or dollar earned is a huge help. The old adage of to make a million bucks in racing, you need to start with two million holds true more than ever, and racers are finding new ways of making their racing efforts as cost-effective as possible. Contingency payouts, however, have traditionally been a great way for drivers to cash in on their performances. Contingencies offer great prizes that can add up to a serious chunk of change and help fund a racer's season. Contingency sponsorship is a type of sponsorship where a company agrees to pay a racer based on his/her performance with a specific series or event in exchange for having the company's decal visible on the race car, and running one of the company's products on the car. To break it down into the simplest terms possible: run the part, run the sticker, run the car, get paid. The idea of getting paid for doing well with parts a racer would already be using seems like a no-brainer, but many people aren't aware that contingency sponsorships exist, or know how to reap the rewards.   Read the complete story >>here<<
Contingency
,
Drag Racing
,
nmca
,
Racing Sponsorship