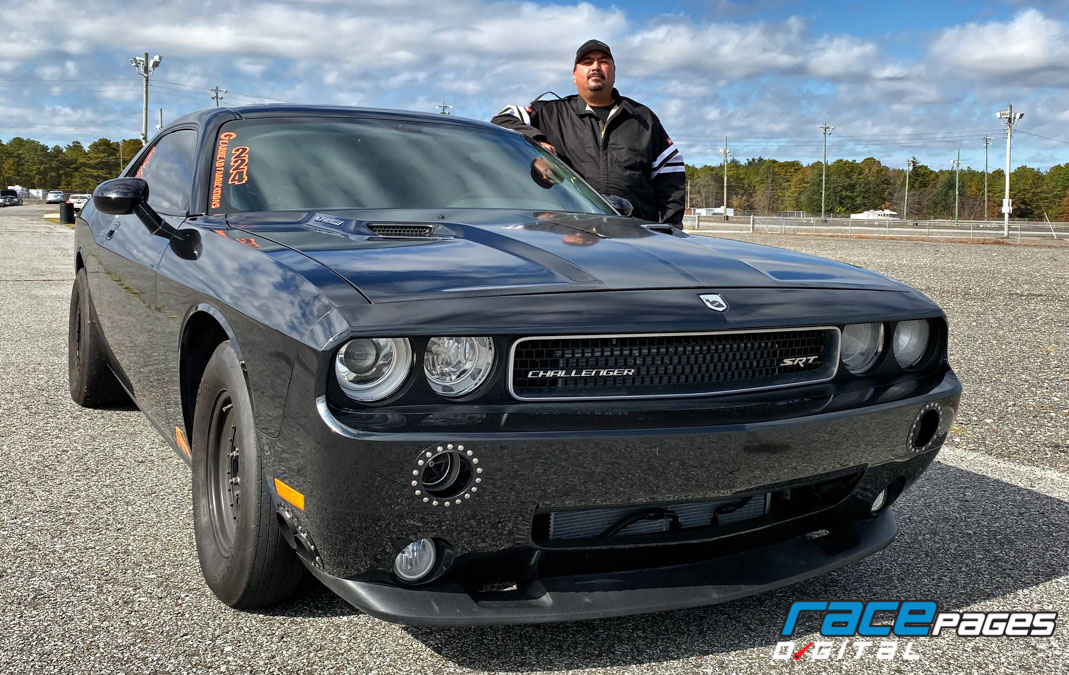 Al Gennarelli and Dan VanHorn, two successful businessmen united by their passion for fast cars, have taken the first step toward becoming the new owners of Rockingham Dragway, the iconic Carolina facility that, upon its construction in 1968, was one of the first dragstrips to feature amenities like permanent restrooms, concrete grandstands and corporate suites. Through a unique agreement with Steve Earwood, who has owned, operated, and upgraded the multi-purpose facility since buying it from the L.G. Dewitt family in 1992, Gennarelli, 49, and Van Horn, 47, will spend the next two years observing events at the track and learning the basics of racetrack operation before assuming full ownership in October, 2022. In the interim, Earwood emphasized that it will be business as usual at The Rock with a full slate of diverse events including next week's 29th annual Griffin Motors MOPARS at the Rock expo featuring the Modern Street HEMI Shootout series VanHorn created in 2009 and in which he and Gennarelli both compete. All of our personnel will stay in place, Earwood said, and I don't see any major changes other than we are adding more non-traditional events to our calendar, which has been one of our trademarks. In the past, we've hosted the Smoke Out Festival, Metallica concerts and the more recent Epicenter concert and we're looking right now for opportunities to bring similar non-racing events to Richmond County. Gennarelli, who grew up in Pennsylvania, but now lives in Gates, N.C., has operated Gennarelli Concrete and Construction for the last 22 years. In addition to pouring concrete, the company is involved in pre-engineered metal building sales, metal building erection and concrete pumping and recently added dump truck hauling to its repertoire. On the racetrack, Gennarelli's Dodge Challenger was the first Modern Mopar to break the 8.00-second barrier using a Gen III HEMI for power, posting a quarter-mile best time of 7.85 seconds at more than 175 miles per hour. He also has driven the world's fastest HEMI-powered Jeep, stopping the quarter-mile timers in 8.00 seconds. I'm looking forward to a new chapter in my racing career as a track co-owner with Dan VanHorn, Gennarelli said, and I'm excited to be able to apply my flair for business to my passion for racing. VanHorn, who lives with his wife Julie and children Dylan, David and Claire in Stafford, Va., comes from a military family and proudly served in the U.S. Air Force as an air traffic controller. It was in the service that he developed the skills that he would bring to the private sector where he has worked the last 23 years as an FAA controller. Originally from Ocala, Fla., VanHorn, like Gennarelli, is a lifelong MOPAR and HEMI fan. He has raced in the NMCA and piloted a Challenger in his own Modern Street Hemi Shootout series since he first conceived the idea for the competition 11 years ago. Now that my career as an Air Traffic Controller is winding down, VanHorn said, I am excited to be able to pursue drag racing at its highest level as a track owner, teaming with my fellow hemi racer, Al Gennarelli. Over its 52-year history as a major player in professional drag racing, Rockingham Dragway hosted major events sanctioned by the three organizations that figured most prominently in the sport's development: the National Hot Rod Association, the American Hot Rod Association and the International Hot Rod Association. Among the professional drivers who have celebrated major victories at The Rock are Hall of Famers Don Garlits, John Force, Don Prudhomme, Raymond Beadle, Kenny Bernstein, Joe Amato, Don Schumacher, Connie Kalitta, Bob Glidden, Warren Johnson and Ronnie Sox as well as TV Tommy Ivo, Darrell Gwynn, Jeb Allen, Ed the Ace McCulloch, Dyno Don Nicholson and Lee Shepherd. We have had a lot of offers to sell the business over the years, Earwood said, but one of my concerns has always been what impact the sale would have on our racers, our manufacturers, our sponsors and our fans. I never felt confident that they would be taken care of until I started talking to Dan more than a year ago. Now, though, with Dan and Al taking over, I believe the track's future is secure and that it will continue to serve as Richmond County's principal entertainment venue and visitor destination. Earwood, who was National Media Relations Director at the NHRA before opting to pursue his dream of track ownership, not only will continue to handle day-to-day track operations for the next two years, he will stay on as a consultant to Gennarelli and Van Horn after the sale is complete. -www.rockinghamdragway.com-
Al Gennarelli
,
Dan VanHorn
,
Rockingham Dragway