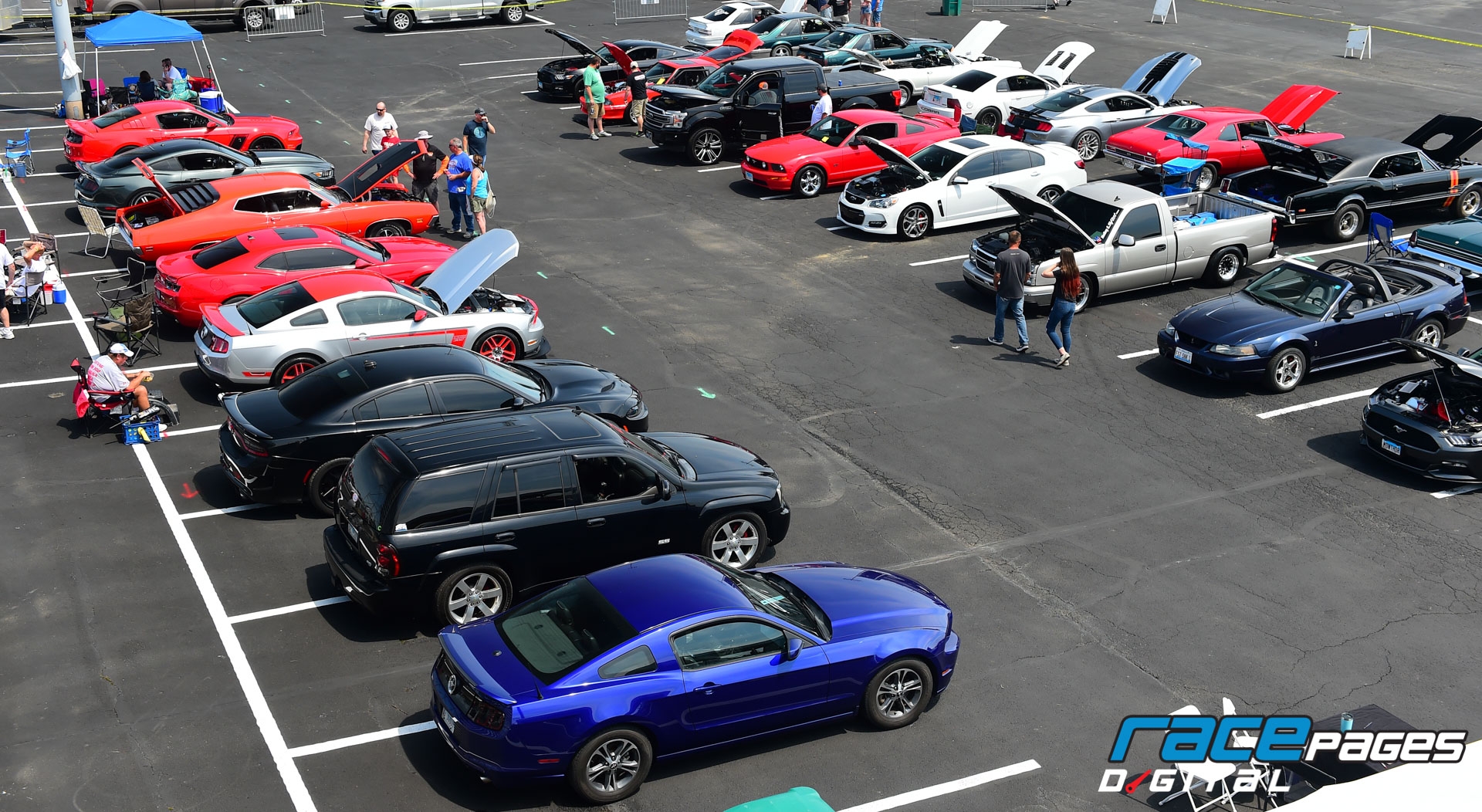 Written by Steve Turner
Photography by the FSC staff

This year, both the Holley NMRA Ford Nationals Series and Red Line Oil NMCA Muscle Car Nationals series joined forces at the 17th Annual NMRA/NMCA Super Bowl of Street-Legal Drag Racing presented by FueLab. Obviously fierce, the on-track race wasn’t the only competitive venue at World Wide Technology Raceway in Madison, Illinois. This year’s car show doubled in size versus our last visit to the track near St. Louis. With more cars to choose from, the judges had their hands full selecting the best machines on the property. If you missed it, we captured some highlights from the show field, of which the NMRA segment is sponsored by UPR Products. Best of Show
One look at Tim McPherson’s 1967 Nova and it is easy to see how it drove away with the Best of Show award at the 17th Annual NMRA/NMCA Super Bowl of Street-Legal Drag Racing presented by FueLab. The Ballwin, Missouri, resident’s classic muscle machine is slathered in glistening red paint and its interior is custom and clean. It is under the hood where it makes a statement. Its 383-cube small-block is topped by an old-school Weiand Roots supercharger. While the engine is dressed in shiny bits and black, the boosted engine stands out thanks to the clean engine compartment, which is free of clutter. Speaking of striking engine bays, the supercharged small-block under the hood of
Ryan Johnston’s 1993 Cobra Mustang earned Best Engine accolades at World Wide Technology Raceway. Boosted by a Paxton Novi and topped by a pair of AFR aluminum heads, this pushrod powerplant balances big power with plenty of flash. Old-school wagons stand out from the crowd, and Ron Feldman’s 1957 Nomad didn’t disappoint. As striking as it is from the outside, its beauty is more than sheet metal deep. The St. Peters, Missouri, resident’s wagon nabbed the Best Interior Award. There were some beautifully painted vehicles on the property at the 17th Annual NMRA/NMCA Super Bowl of Street-Legal Drag Racing presented by FueLab, but it wasn’t a flashy ride that earned the Best Paint & Body Award. Hailing from Columbia, Missouri, Bobby Hodge’s 1971 Camaro’s glistening gray paint was mean and clean. A huge thanks to the Host Club Southern Illinois Mustang Association for serving as the host club for the car show. There was truly something for everyone on the show field at World Wide Technology Raceway, including this striking 1970 AMC AMX. Owned by Rick Haynes of St. Charles, Missouri, this finely detailed example earned the Best Chrysler of Show award. When it comes to Mustangs, it’s tough to top a classic fastback, and Darrel Mueller’s lightly modified 1965 Mustang struck a chord with the judges. With beautiful red paint and just enough chrome accents, it drove away with the Best Ford Muscle honors. After the festivities, the award winners gathered under the car show tent to collect their hardware before heading out.