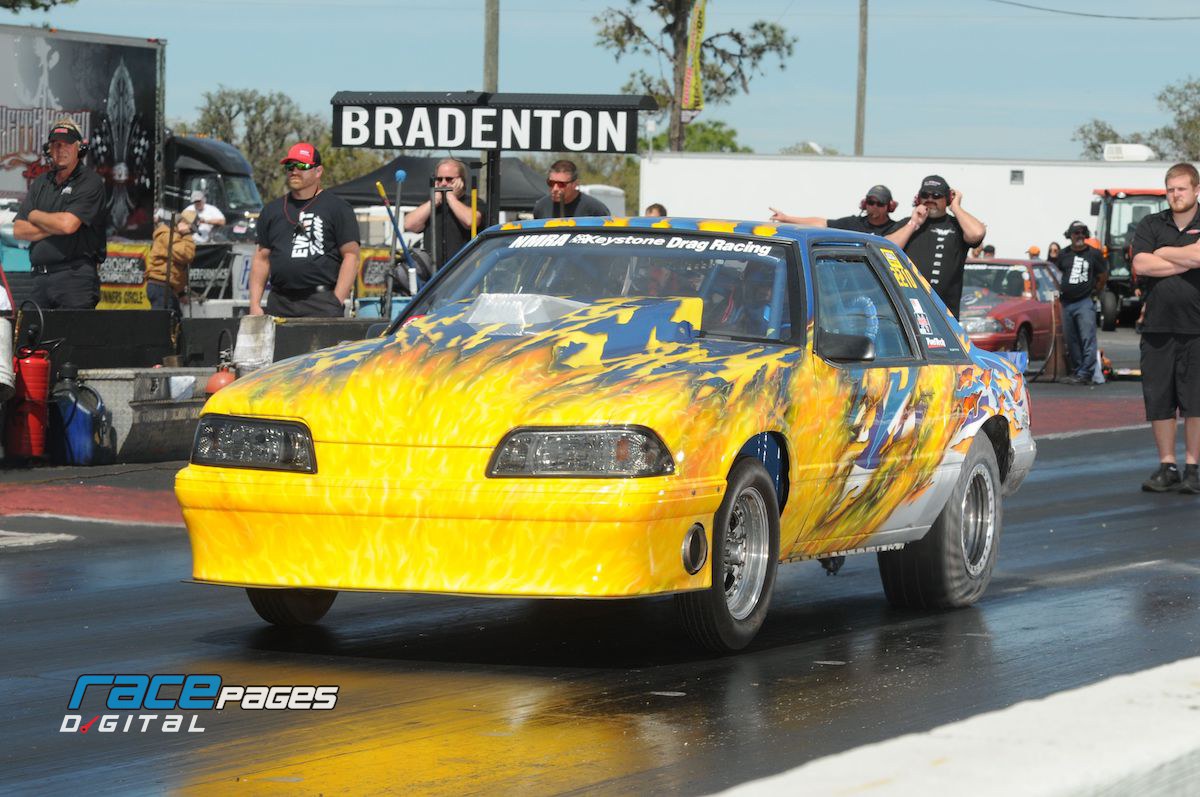 By Mary Lendzion A standout at Ultra Street events across the country, Mike Freeman decided to add NMCA Edelbrock Xtreme Street and NMRA Edelbrock Renegade to his adventures in 2019. With plenty of persistence from the beginning of the year through the end of the year, he pulled off a fourth-place finish in Ultra Street points, fourth-place finish in NMCA Edelbrock Xtreme Street and second-place finish in NMRA Edelbrock Renegade. He proved that he was powerful, and so was his 1988 Mustang built by Brian Goss and boasting a small-block Ford engine by Bennett Racing Engines, Trick Flow Specialties High Port heads, Edelbrock intake and a ProCharger F-1A-91, and tuned by KBX Performance with a FuelTech engine management system. A Turbo 400 by RPM Transmissions helped plant power in the car which clocked a best of 4.67 and 155 mph in the eighth-mile. It was far from smooth sailing, said Freeman, with a laugh. And, we had a big learning curve when we switched to running alcohol, and without KBX, we wouldn't have made it as far as we did. Ready to ramp up his efforts in 2020, the ambitious Freeman has announced that he will campaign two cars.

There was a ton of maintenance involved with running one car in the three series, and it was becoming too much, said Freeman. We came to the conclusion that running two cars in the three series would be better, so Brian Goss is helping me so that I can run my 1988 Mustang and my 1990 Mustang. Freeman's 1988 Mustang, nicknamed Phoenix, is his designated Ultra Street and NMCA Edelbrock Xtreme Street car. He and Goss have replaced the small-block Ford that was under the hood with Goss 580 cubic-inch big-block Chevy Big Edna built by TRE Racing Engines and topped with Brodix Head Hunter heads and an Edelbrock intake. It's backed by the Turbo 400 by RPM Transmissions that Freeman had been running, plus a Coan converter, and is nudged by a nitrous system by Nitrous Outlet. Goss upgraded the chassis of the car which rolls on Mickey Thompson 275 drag radial tires. I haven't run nitrous since 2002, so Taylor Lastor of TRE Racing Engines and his team have been helping, and fellow racer Brian Keep has been helping me get a handle on the nitrous as well, said Freeman, who, with the new combination, qualified in the seventh spot with a 4.74 and picked up to a 4.70 in the first round of eliminations at the NMCA season opener, the 18th Annual NMCA Muscle Car Mayhem presented by Holbrook Racing Engines in March at Bradenton Motorsports Park, and is ready for the 12th Annual Scoggin-Dickey Parts Center NMRA/NMCA All-Star Nationals, June 25-28 at Atlanta Dragway. 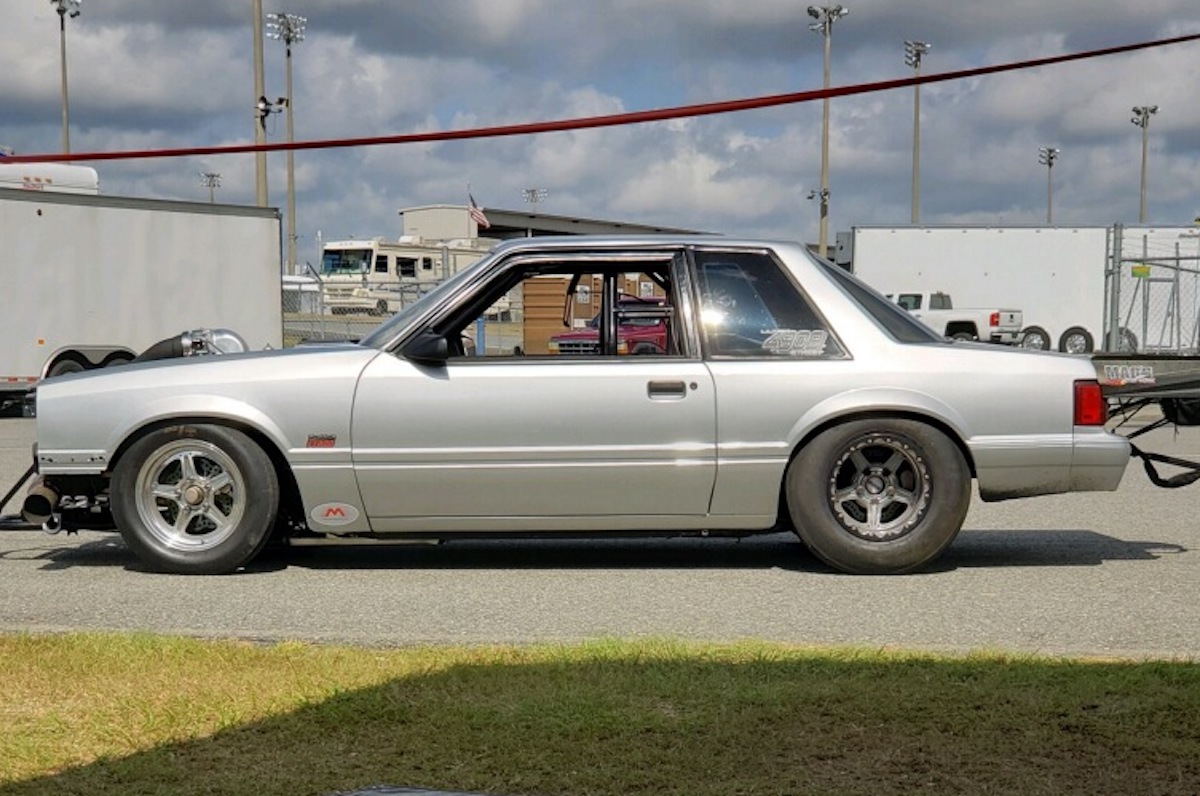 Freeman's 1990 Mustang, which was built by Mags Fab Worx and is nicknamed Silver Bullet, will be his designated NMRA Edelbrock Renegade car. It will be powered by the combination he had been running in his 1988 Mustang, including a small-block Ford engine built by Bennett Racing Engines, Trick Flow Specialties High Port heads, Edelbrock intake and ProCharger F-1A-91. Freeman will use a Turbo 400 by RPM Transmissions and a ProTorque converter under the car which will roll on Mickey Thompson 275 drag radials, and KBX Performance will tune with a FuelTech engine management system. Because the chassis of the 1990 Mustang was compromised when Freeman impacted the wall at an event last year, Goss is performing fabrication work, and Freeman hopes to be in the driver's seat of Silver Bullet in time for the Nitto NMRA World Finals featuring the Holley Intergalactic Ford Festival, Oct. 1-4 at Beech Bend Raceway in Kentucky. We race a heck of a lot, and we're bound to have breakage, so it will be good for us to have two cars, said Freeman, who plans to be able to mix and match parts, or cars, when he runs into issues. While Freeman, who has steadfast support from his wife, Jennifer, has relied on nitrous, superchargers and turbos throughout his racing career, he has never raced with a naturally aspirated combination, and is intrigued by the idea of trying one, so fans might spot the diehard driver over in the high-revving NMCA Dart NA 10.5 presented by Diamond Pistons category sometime down the road. Without my wife, Jennifer, supporting me and doing everything from changing tires and plugs to lining me up, this would all be a lot harder, said Freeman. 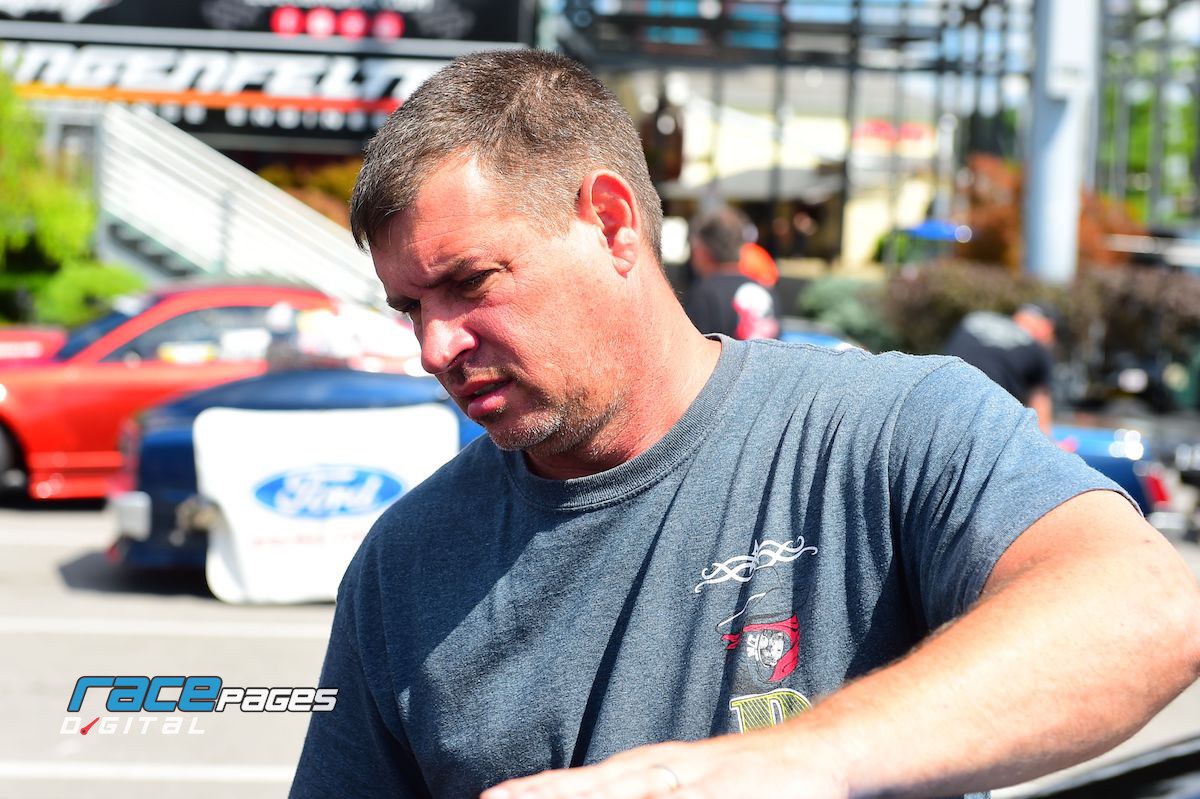