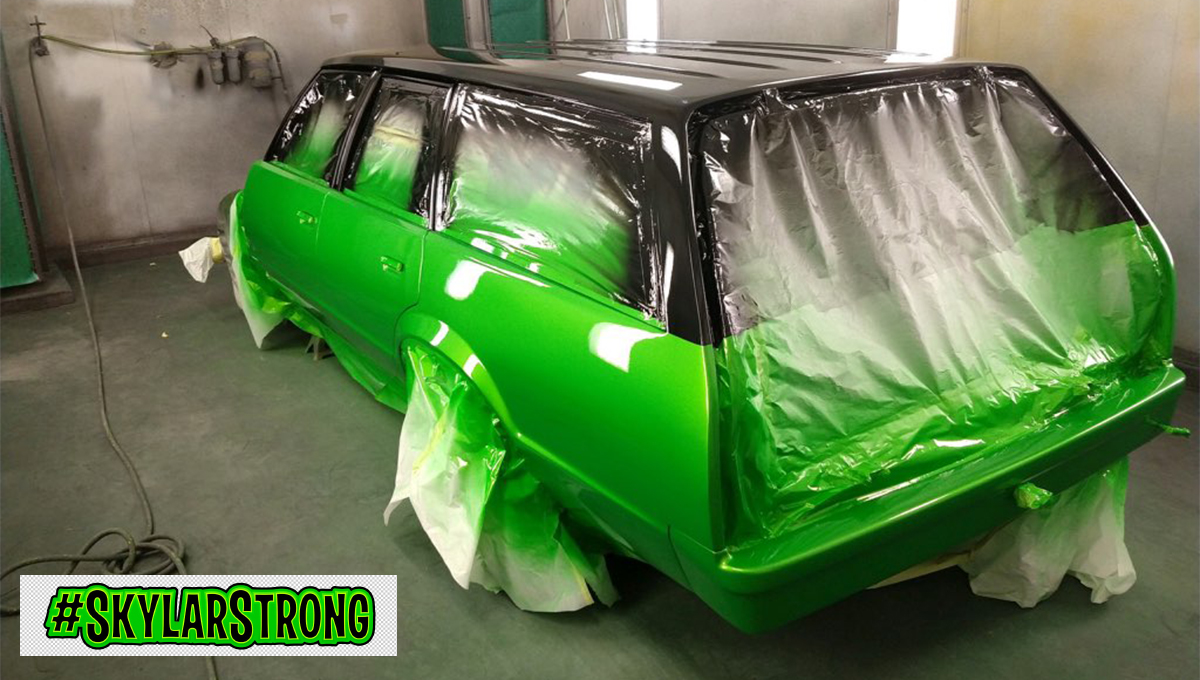 Photography by the FSC Staff

Sometimes it takes a major event to inspire change. For Eric Kenward, a hot date with the wall in late 2017 motivated the man to rebuild so that his wheelie wagon would rise again.

Back in 2016, Kenward was on a roll. His 79 Chevy Malibu wagon was a winner, as he picked up not only the NMCA Edelbrock Xtreme Street championship title but also an impressive victory at the World Cup Finals: Imports vs Domestics race. Kenward was running a turbocharged combination at the time, but made a change during the off-season.

We switched to a ProCharger to learn the blower stuff so we could better serve our customers and troubleshoot issues, explained Kenward, owner of Eric's Automotive in Vero Beach, Florida. Kenward had a few wins during 2017, but trouble getting parts prompted him to swap back to an old nitrous setup and he hurt his engine while racing with the NMCA in Joliet, Illinois. I couldn't get a motor, so I threw my turbo stuff back on for the rest of the season and did well, but wrecked in November.

Kenward used the accident as incentive to refocus on what he wanted to do. He took the entire 2018 season off from racing any of his own cars, made a wish list of parts, and got to work converting his wagon to NMCA Mickey Thompson Street Outlaw/X275 trim.

First, Kenward went through the chassis and made all the necessary upgrades and repairs. We fixed all the stuff that was damaged from beating on the car for 1,500+ passes over five years, laughed the man whose setup had gone a little soft. Kenward redid everything under the car and reworked the whole front half to still use the newly straightened factory frame rails.

Next, he addressed the engine and drivetrain. A brand new, 400 ci small block Chevy purpose-built bullet was commissioned from Tim Eichhorn at MPR Racing Engines and topped with Edelbrock 23 degree high-port heads. I sent the intake to Wilson Manifolds and had them do some work on it, and the elbow and throttle body are also from Wilson, added Kenward, who reused his nitrous top-end from Ultra Street and needed to make a few modifications then added a custom fuel cell and water tank from Chiseled Performance.

A new EFI system was needed, and Haltech continued its support of the racer with a new Haltech Elite 2500T system to control the Billet Atomizer fuel injectors, MagnaFuel alcohol-sipping fuel system, and more.

Additionally, Garrett Turbochargers stepped up to partner with Kenward for 2019, and he bolted on a class-legal snail onto a custom system that was fabricated and built in-house by Kenward and Kevin Tenery. Race Part Solutions supplied all the tubing, V-bands, and other parts to complete the charge tubes. They've been great to me since day one, noted Kenward, who got the components to build the headers and crossover pipe from Stainless Works. Also, Maven Performance Products sent a turbo mount and Street Carr Fabrications sent us their new billet T6 turbo merge for the Y-pipe.

For suspension, it was a no-brainer that Kenward would stick with his tried-and-true TRZ Motorsports components. Everything's brand new up front from TRZ, and we've got AFCO by Menscer Motorsports valve'd shocks on the front with the canister rears, continued Kenward.

The beautiful new wheels came courtesy of RC Components to replace the ones damaged in the wreck, and were wrapped with a requisite set of sticky Mickey Thompson ET Street Radial Pro 275s.

Finally, it was time to address the exterior. Greg Shampine from Ultra-Carbon helped Kenward acquire a new front end and hood, while Dan The Bus Driver Knapp at Down Right Racing (DDR) provided the dash and made a custom fiberglass tailgate. Mike Cosner of Vero Collision Center did some work to the body to make it look flawless once more, and then sprayed the paint to finish it up.

After the wreck, safety became a key focus for Kenward. The car has always met the requirements, it was just the slacker driver guy who didn't do what he needed to be smart, he laughed. Learning from his past and knowing there's no undo button in real life, Kenward installed a full Safecraft fire system, purchased a new Sparco driver suit, and finally got around to getting a Simpson neck restraint system. I look at my kids and realize they need a father around. I want to set a good example for them, and for my customers.

Originally, Kenward had hoped to unveil his resurrected ride at the Lights Out 10 race at South Georgia Motorsports Park in mid-February, but a small oiling issue meant he had to attend as a spectator instead of a competitor. Instead, our first official race will be the NMCA season opener in Bradenton, confirmed Kenward, who will be gunning for goals in NMCA Mickey Thompson Street Outlaw with his Malibu wagon this season.