HOT ROD Magazine: 75 Years celebrates the stunning content that has been created and published by the magazine’s staff in all or parts of nine decades. Witness how HOT ROD has been on scene for the entirety of the postwar performance movement with photographs and articles detailing dragsters, roadsters, slingshots, Funny Cars, coupes, customs, lead sleds, muscle cars, and their builders and owners.

This is a fantastic read for any car enthusiast and it's a perfect holiday gift as well. This hard-bound book takes you on a trip through time, from the beginning of hot rodding, through the golden era of racing and up to the present. It's packed with amazing stories and photos that will blow you away.

Take a look back through pages that have captured the imaginations of gearheads nationwide by featuring the works of customizing greats like Ed “Big Daddy” Roth, Von Dutch, and George Barris, to name a few. There’s also a look at the great journalism of such hot-rodding legends as Gray Baskerville, and the creations of builders like Pete Chapouris, Boyd Coddington, Steve Moal, Roy Brizio, and Chip Foose—complete with decades of archival black and white and color photographs of the cars and personalities that comprise hot rodding history.

In the late 1940s, a young photographer and Army Air Corps veteran named Robert E. Petersen astutely noted the rapidly growing hot rod scene in Southern California. Buoyed by war veterans with tech savvy, disposable income, and a need for speed, the hot-rodding hobby was without much in the way of informational publishing. In a brilliant stroke, Petersen stepped into the void in 1948, launching HOT ROD magazine. Petersen Publishing would grow into a worldwide media empire featuring several publications. Today, HOT ROD magazine endures as one of the most iconic enthusiast publications ever.

Author Drew Hardin started his work in automotive journalism while still in college in the late 1970s and joined Petersen Publishing in 1986 as a staff editor for 4-Wheel & Off-Road magazine. Since then, he has served as editor and editorial director for several publications, including HOT ROD, and as a contributor to quite a few more, on topics ranging from vintage hot rods and classic muscle cars to 4x4s and alternative-fuel vehicles.

HOT ROD is not simply a magazine—after 75 years, it’s still the magazine of automotive enthusiasts, known and appreciated the world over. This is the definitive and officially licensed look back at that influence. 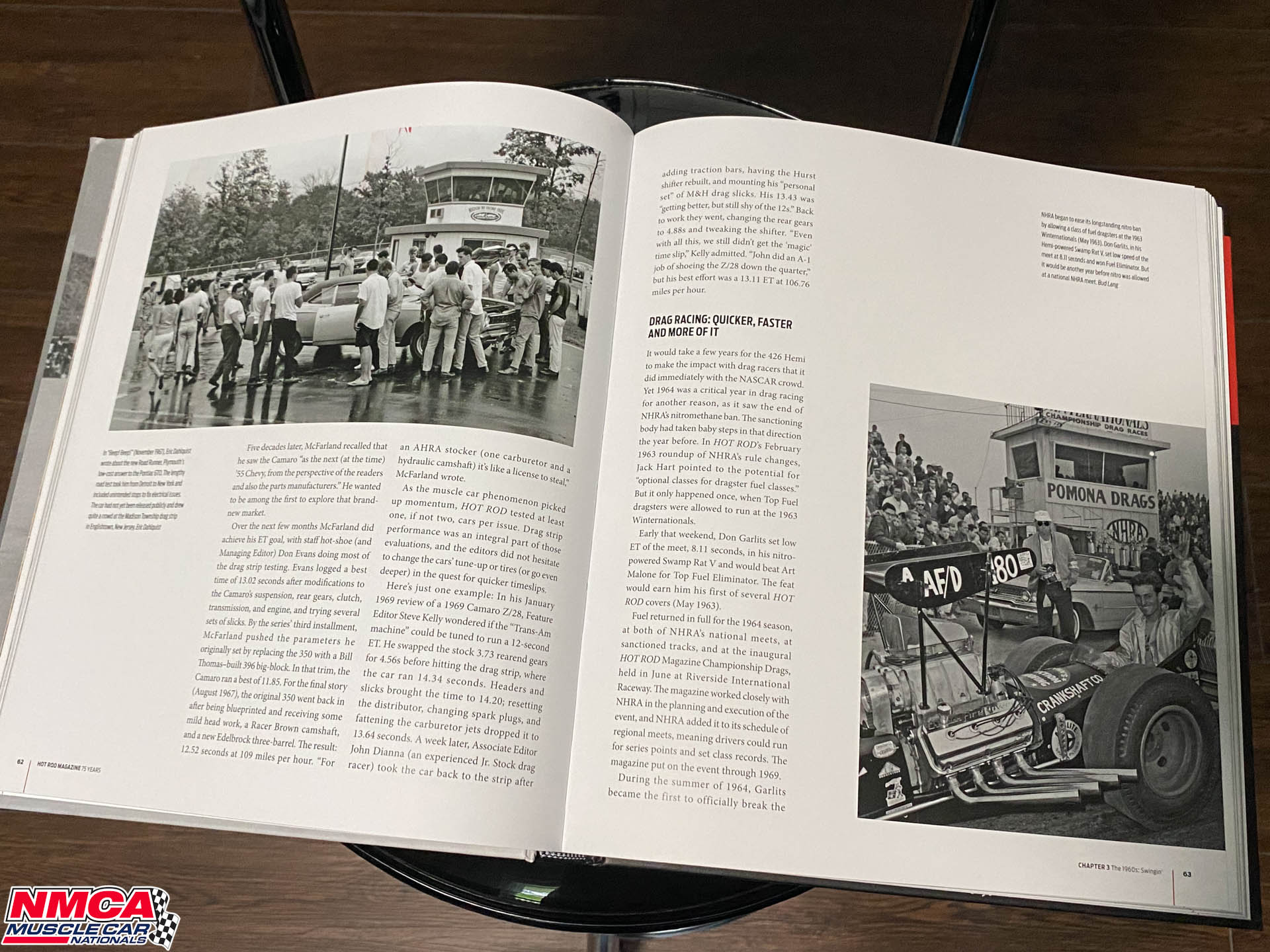 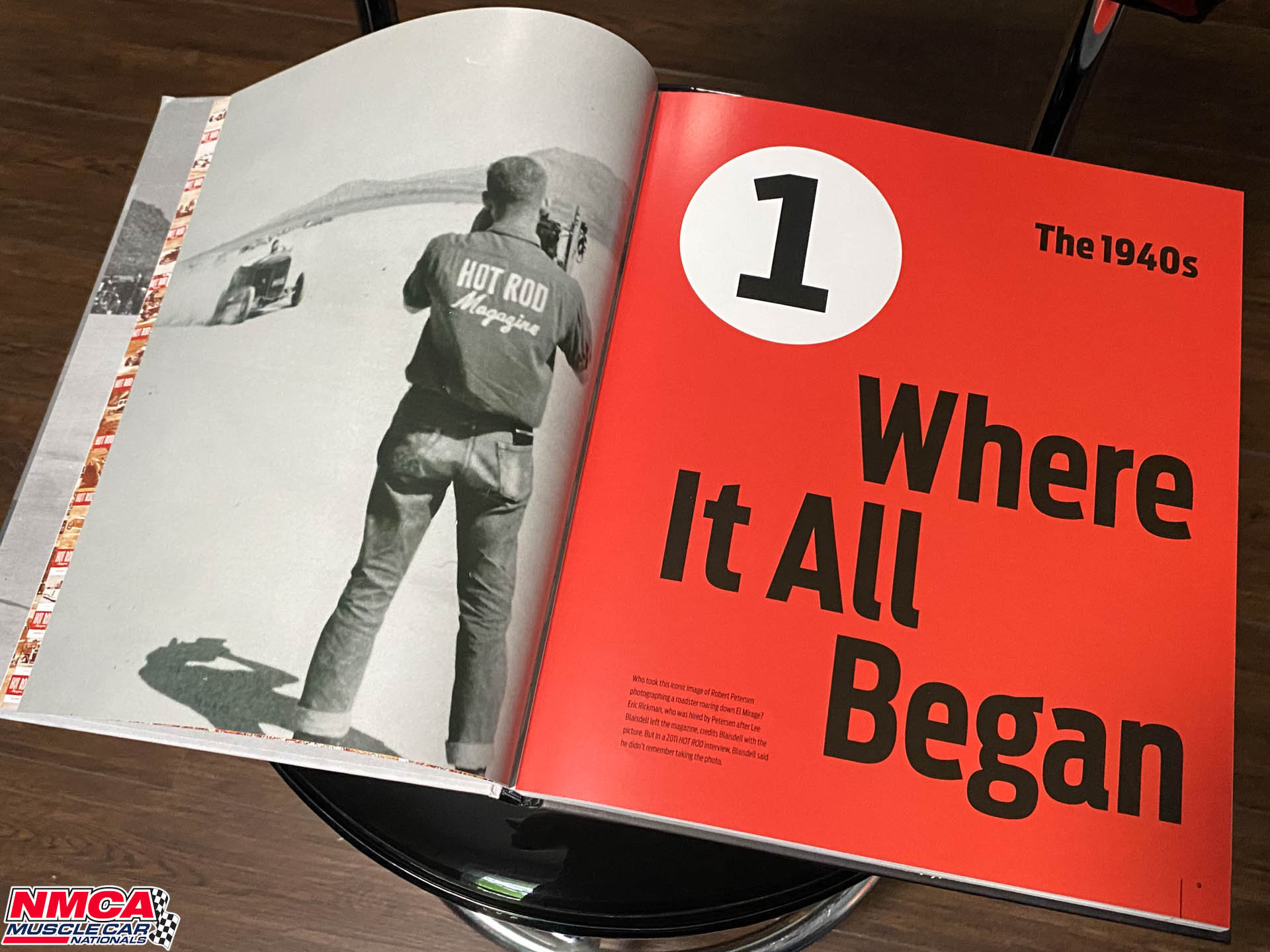 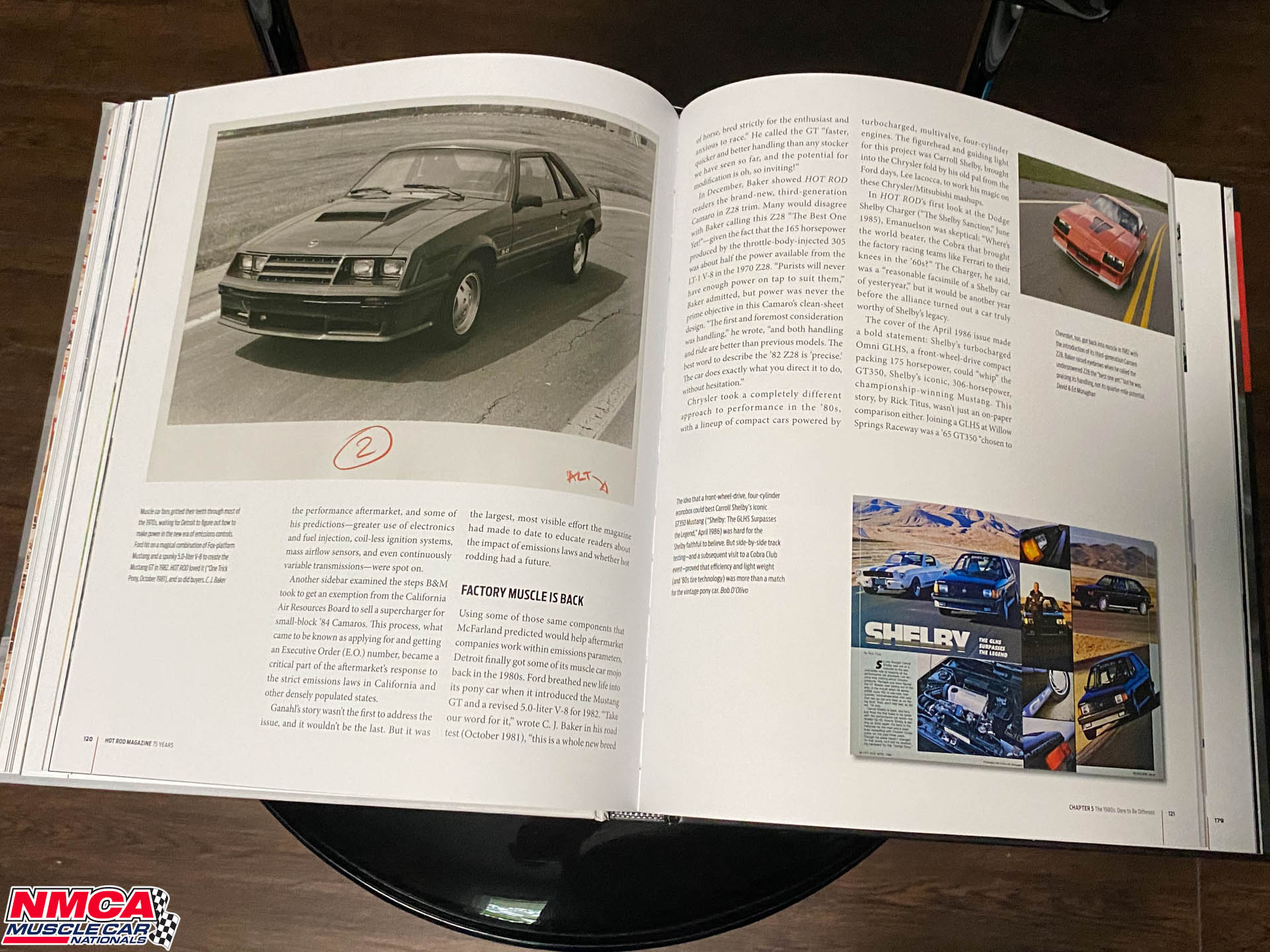 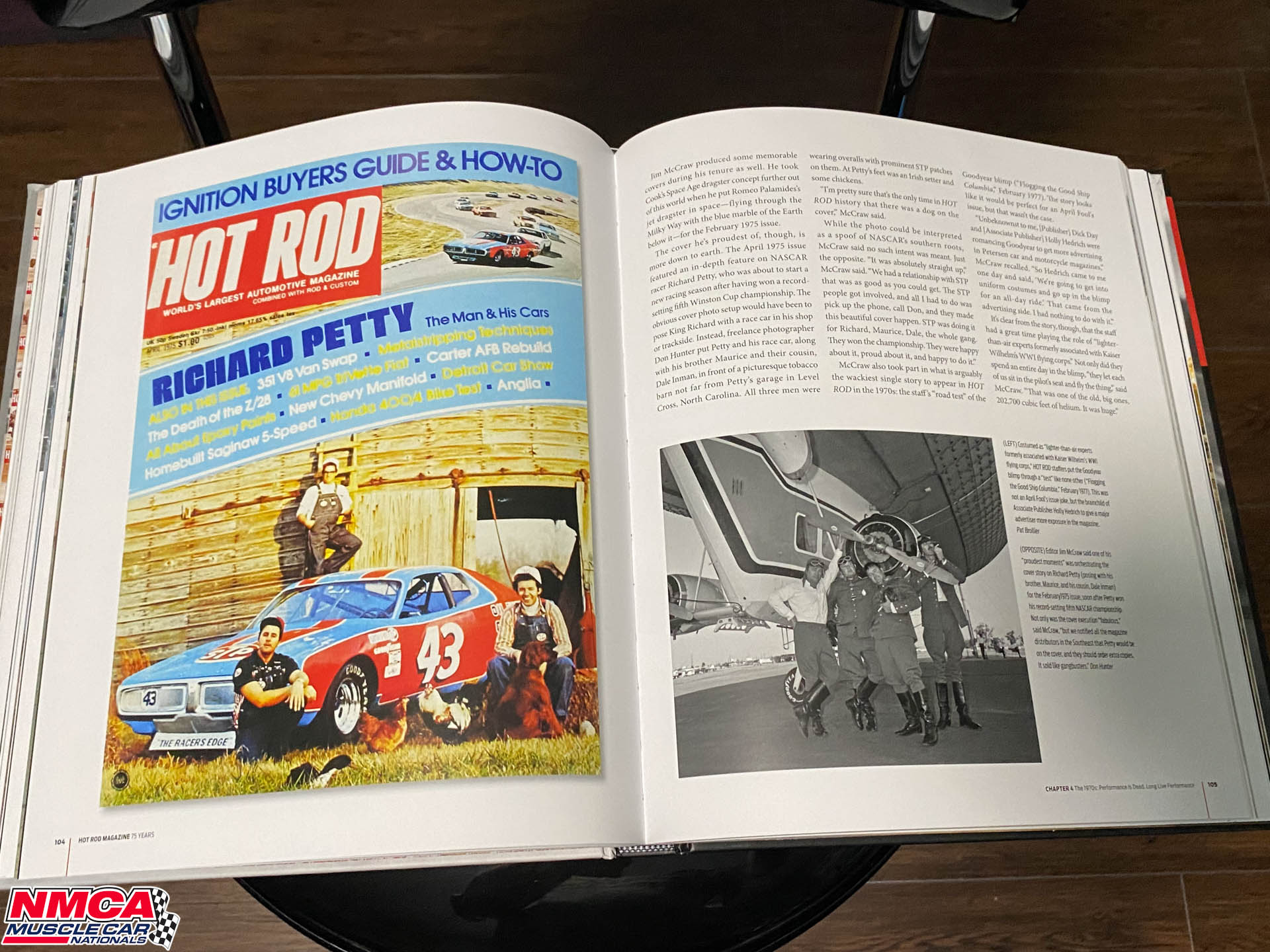 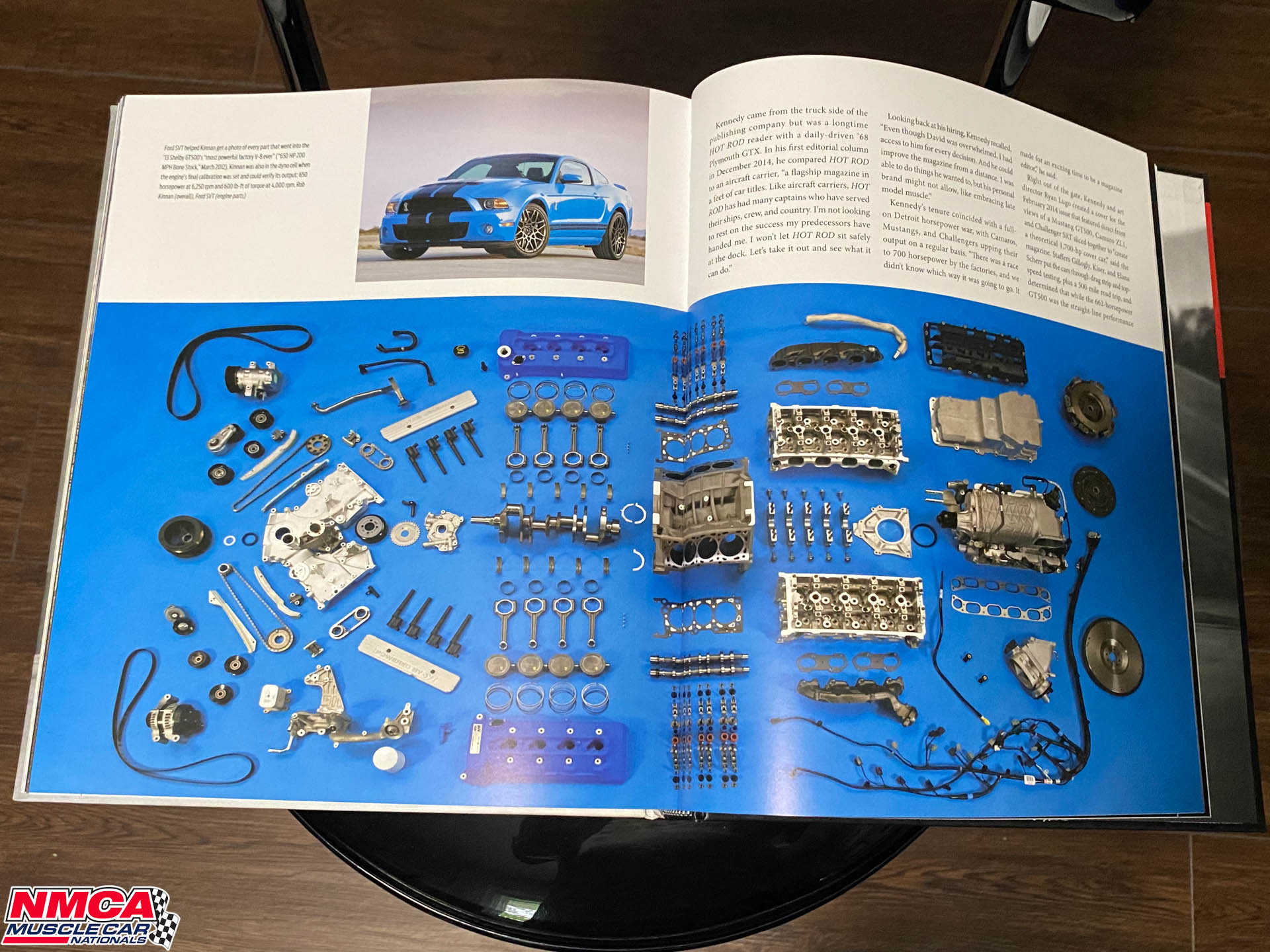 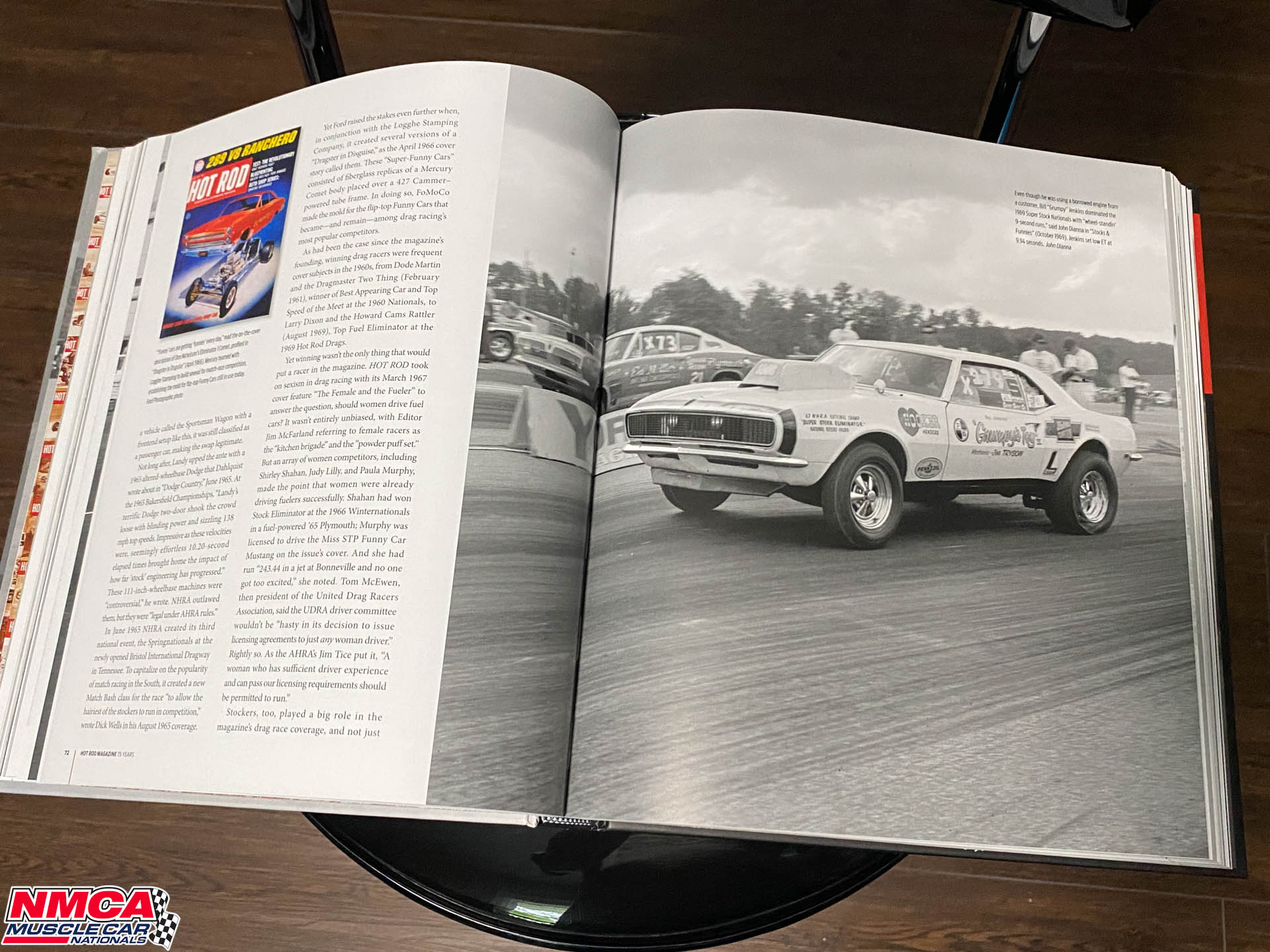 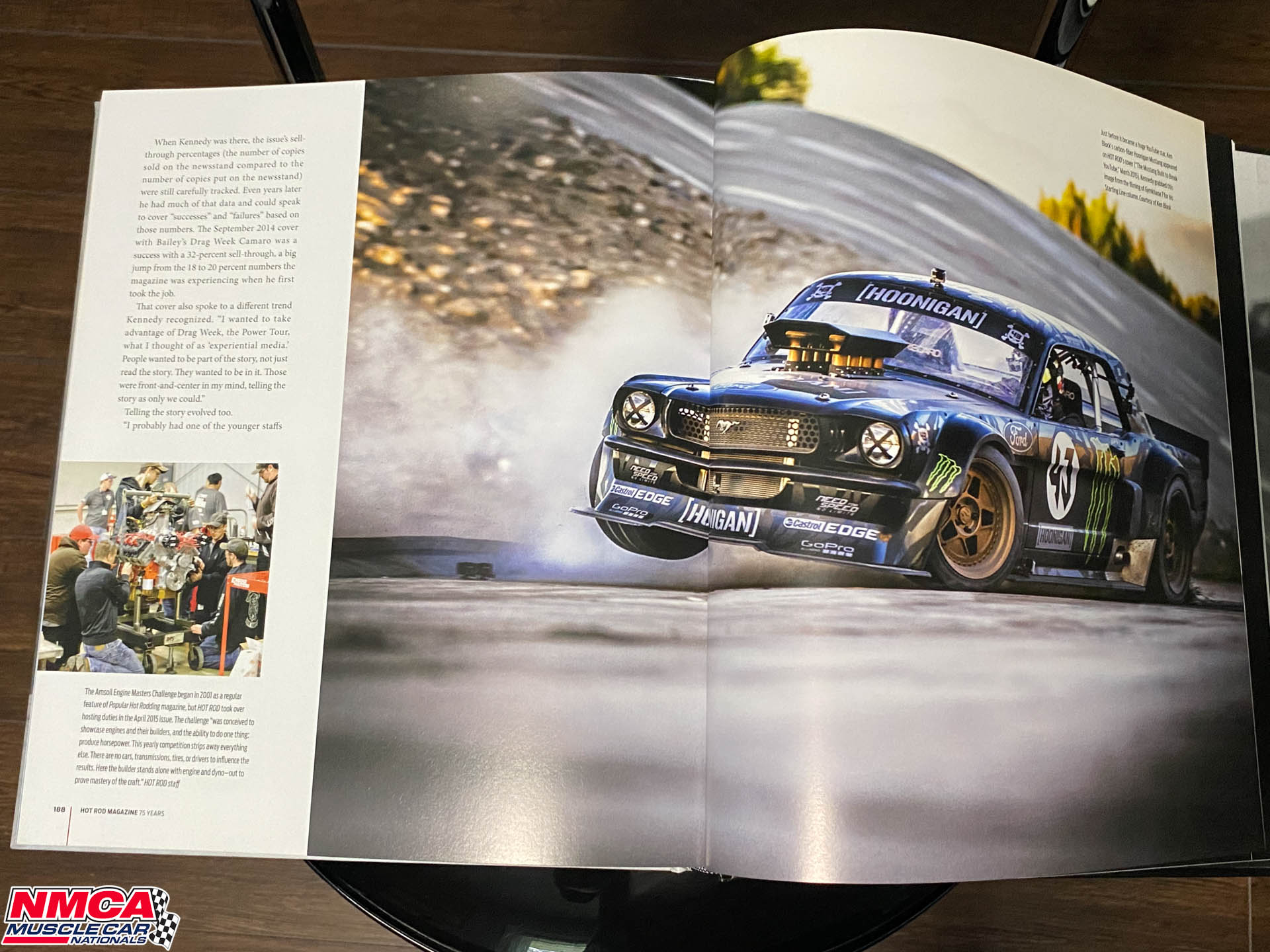 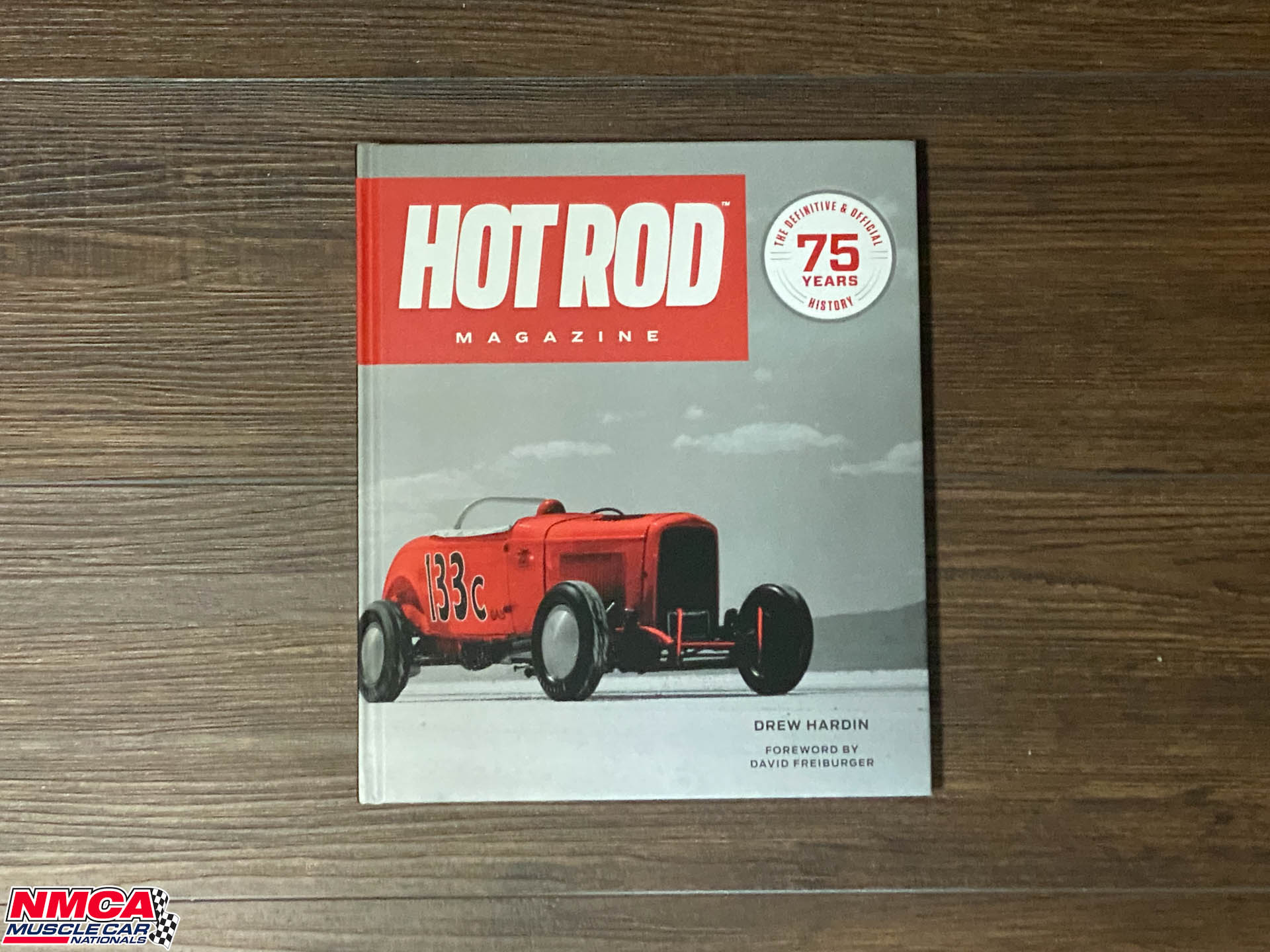 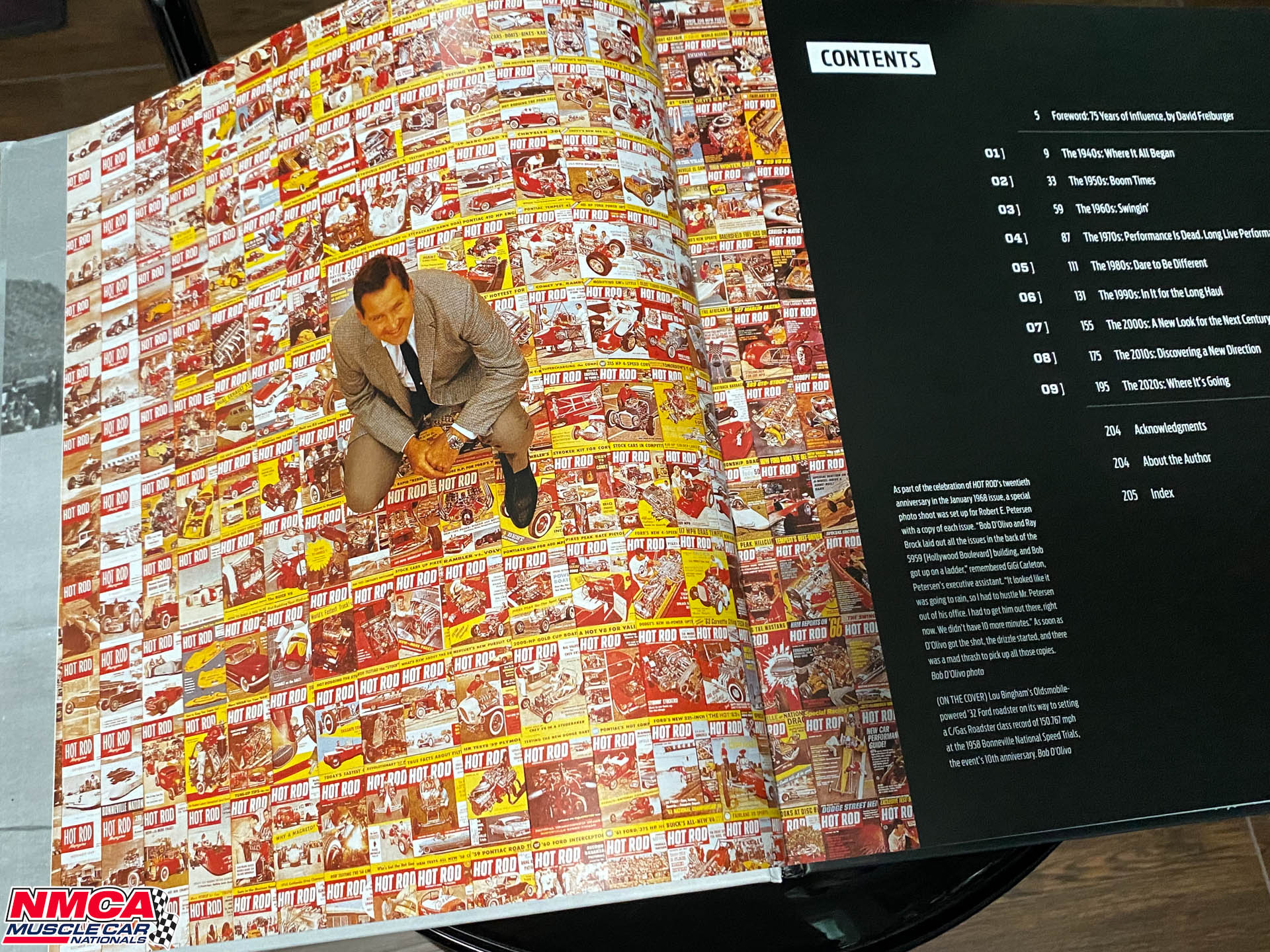 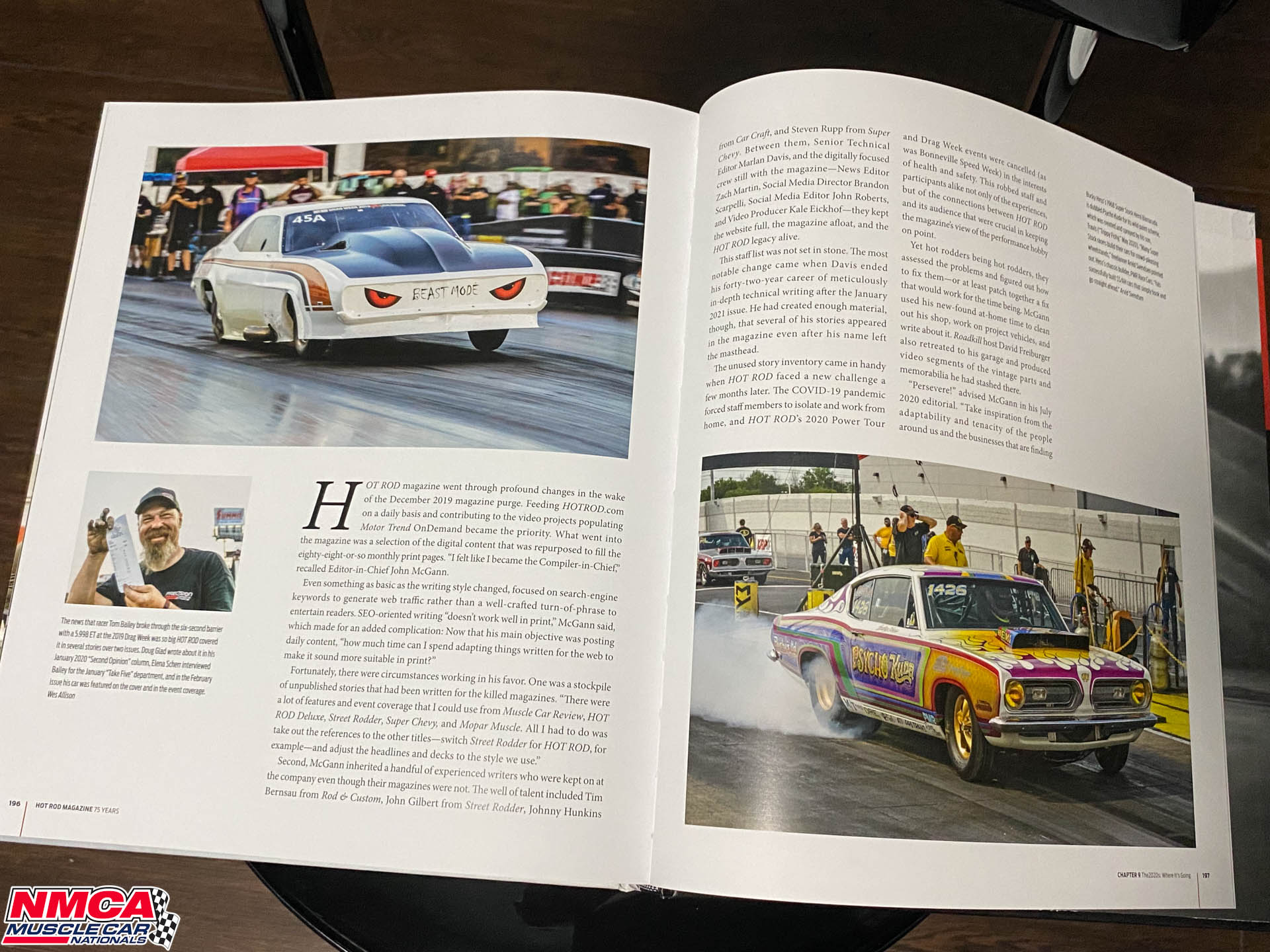 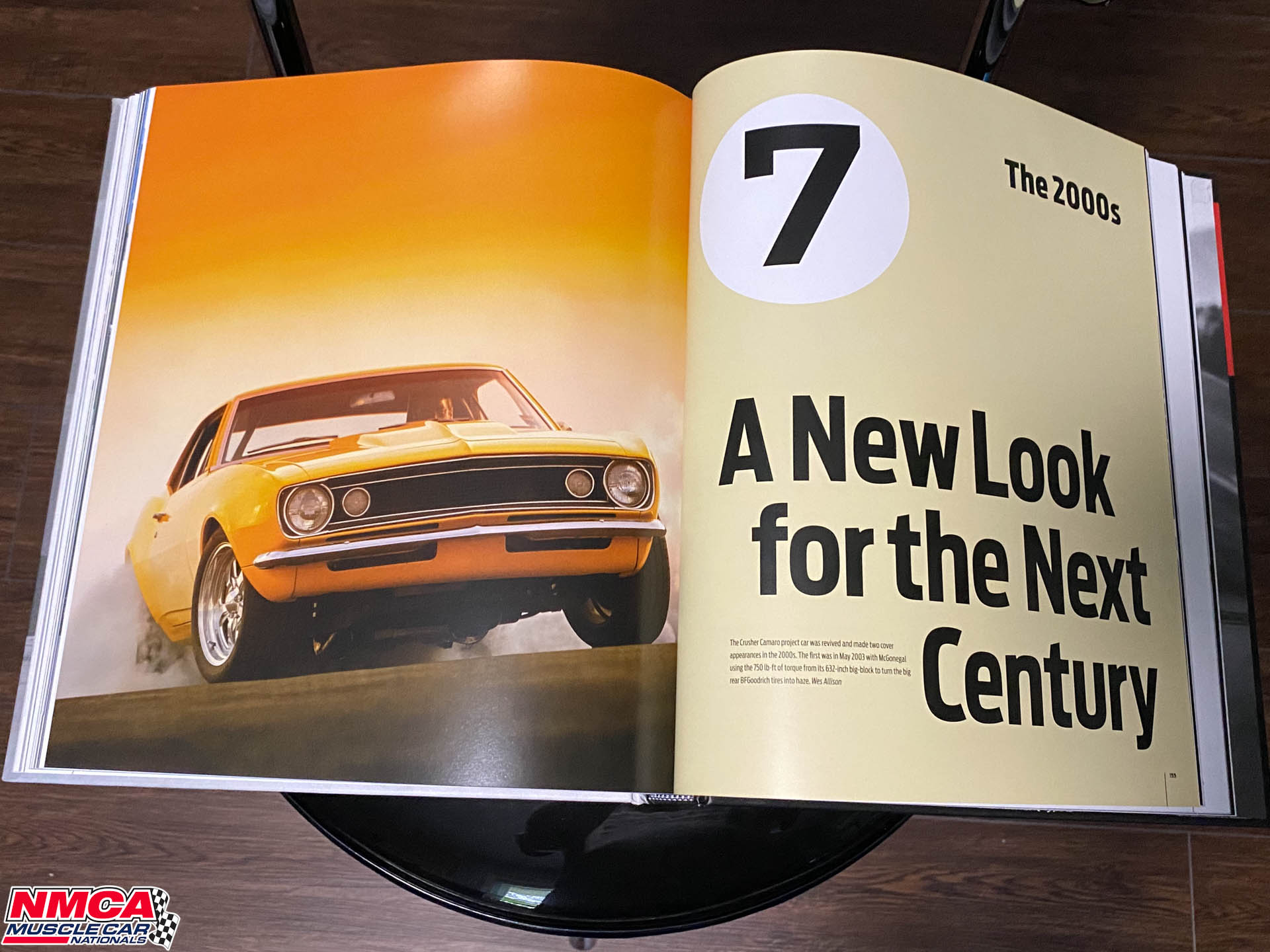