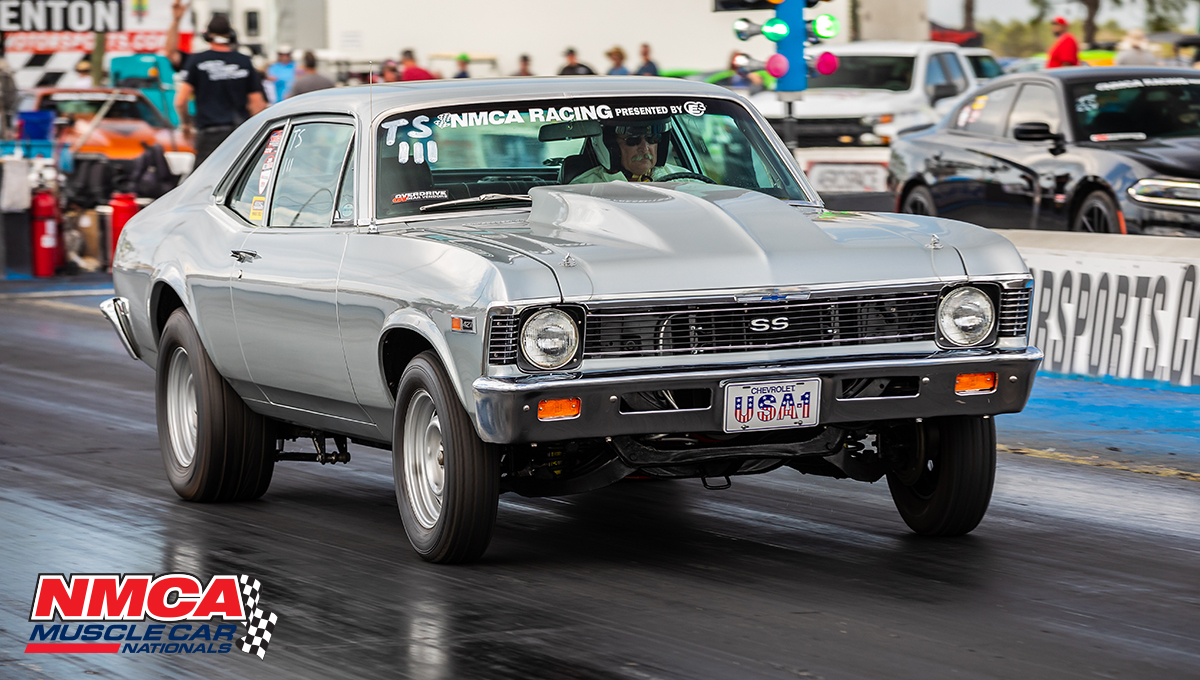 The NMCA Muscle Car Nationals season-opener is just five weeks away and they are proud to announce the addition of TorqStorm Superchargers as the class sponsor for True Street. The TorqStorm Superchargers True Street category is an entry-level class for street cars with a 30-mile road tour, Saturday competition, several runs on the drag strip throughout the event weekend, and a complimentary entry to a bracket race on Sunday. TorqStorm wanted to align itself with an organizing that helps the grassroots racer. That is what we have been about since the beginning, said Chris Booker, co-owner of TorqStorm Superchargers. You don't need to spend a fortune to make power. TorqStorm can help the slowest to the fastest in True Street achieve their goals. The TorqStorm Superchargers True Street category is contested at all six NMCA Muscle Car Nationals events in 2020. Rollie Miller, General Manager and National Event Director of NMCA explained the popularity of the True Street. It is a great category for bone-stock cars and trucks up to dedicated street/strip vehicles, allowing each competitor to have fun on the drag strip, cruise the wonderful countryside areas around our host facilities, and enjoy the NMCA experience. We are happy to have TorqStorm Superchargers as part of the NMCA community for 2020 and beyond. The NMCA Muscle Car Nationals first event of 2020 takes place at Bradaenton Motorsports Park (Bradenton, FL) March 5-8 with the Muscle Mayhem, presented by Holbrook Racing Engines, before the tour moves north to Atlanta Dragway (Commerce, GA) April 2-5. The third race takes place at World Wide Technology Raceway at Gateway (Madison, IL) May 28-31 and the fourth stop is the biggest event on the schedule, the Nitto Tire Super Bowl of Street Legal Drag Racing at Route 66 Raceway (Joliet, IL) July 30 to August 2. The fifth stop is Summit Motorsports Park (Norwalk, OH) August 27-30 and the finale takes place at Lucas Oil Raceway at Indianapolis (Indianapolis, IN) September 24-27 with the Scoggin Dickey Parts Center NMCA World Street Finals. About TorqStorm Superchargers Celebrating ten years in the supercharger business, TorqStorm creators Chris Brooker and Scott Oshinski formed their supercharger company in the Grand Rapids area of Michigan in 2010. Car racing enthusiasts, they served their apprenticeships in the tool and die profession, where precision is foremost. In the beginning, they tested their initial prototypes for two years before releasing the designs for sale. Adding an independent oiling system and guaranteeing the units with a lifetime warranty were key provisions from the outset. At the dawn of 2020, almost 100 variations of TorqStorm supercharger kits were available. Of course, this figure increases to 300 variations when one considers the three different finishes on offer: natural alloy or black anodized or with a micro-polished finish. For more information on TorqStorm Superchargers, visit www. www.torqstorm.com
Atlanta Dragway
,
Bradenton MOtorsprots Park
,
Centrifugal Supercharger
,
Lucas Oil Raceway at Indianapolis
,
NMCA True Street
,
Route 66 Raceway
,
Summit Motorsports Park
,
TorqStorm Superchargers
,
World Wide Technology Raceway at Gateway