By Evan J. Smith
Photographs by the author and Dr. Rudy Rouweyha

Earlier this year, famed Ford racer Billy Glidden brought out his familiar black Fox body for Mickey Thompson tire testing at the NMCA All American Nationals at Summit Motorsport Park. Glidden made a series of runs, blasting the 1/8-mile in the 4-second zone, while doing development for M/T on what we’re speculating was a new product. Glidden made a second appearance at the Red Line Synthetic Oil NMCA World Finals presented by Chevrolet  Performance at Indy—this time as a competitor in ARP Nitrous Pro Street.

Always the fierce racer, Glidden made a pass Friday that he admitted was sub-par, and he dove in and changed the engine to a spare small-block that was in the trailer. With the new engine linked to his Liberty five-speed manual, Glidden marched to a 4.32 at 165 mph to secure the third slot on the sheet.

“We’re here because of the people, said Glidden. “I like the people, you and Rollie and [Mike] Washington and Thom Bates. We’ve had a great time racing over the years. My family has done really well and I enjoy driving the car along with some of the challenges,” he added.

Glidden remains competitive in the class, despite racing with much older equipment. According to him, it’s a basic small-block nitrous setup. “The engine that was in the car for Friday sat so long it had rust in a few cylinders,” he stated. “I fired it up and it took about a minute to get some vacuum. It got better as it went, and I ran it on Friday. It didn’t pull very good and it didn’t sound right,” said Glidden. “When I pull the valve cover off, I always smell inside, and it smelled like bearings so we took it [the engine] out [of the car]. We changed engines, the one we put in the car is from 3 years ago and it hadn’t been run in three years. I lubed it three years ago and it just sat.”

That old small-block is a 408 Windsor that breathes through a Holley Dominator, an intake that’s been “slightly” welded on (see photos), along with a set of late-‘70s NASCAR take-off heads. It also has a belt-drive cam drive, dry-sump oiling and the rest is basic race car stuff. Glidden also runs a nitrous arrangement that is of his own design.

The Ford mill is attached to a 6-finger clutch and a Liberty 5-speed manual transmission. “I’ve got the Liberty shifter and it has a little ECU in there that you program so it shifts off rpm. Every gear is set a given rpm and I have a fail-safe in there where it has to be in a gear for a set amount of time [before it will shift].

“Since 2019 I’ve had people teasing that they’d like to pay me to do everything and they would like to drive the car.” Glidden wasn’t sure about going down that road, but he did have a fun time racing with NMCA and we wouldn’t be shocked if we saw him running a few events in 2023.
Bob Glidden
,
Billy Glidden
,
Foxbody Mustang
,
NMCA
,
nitrous 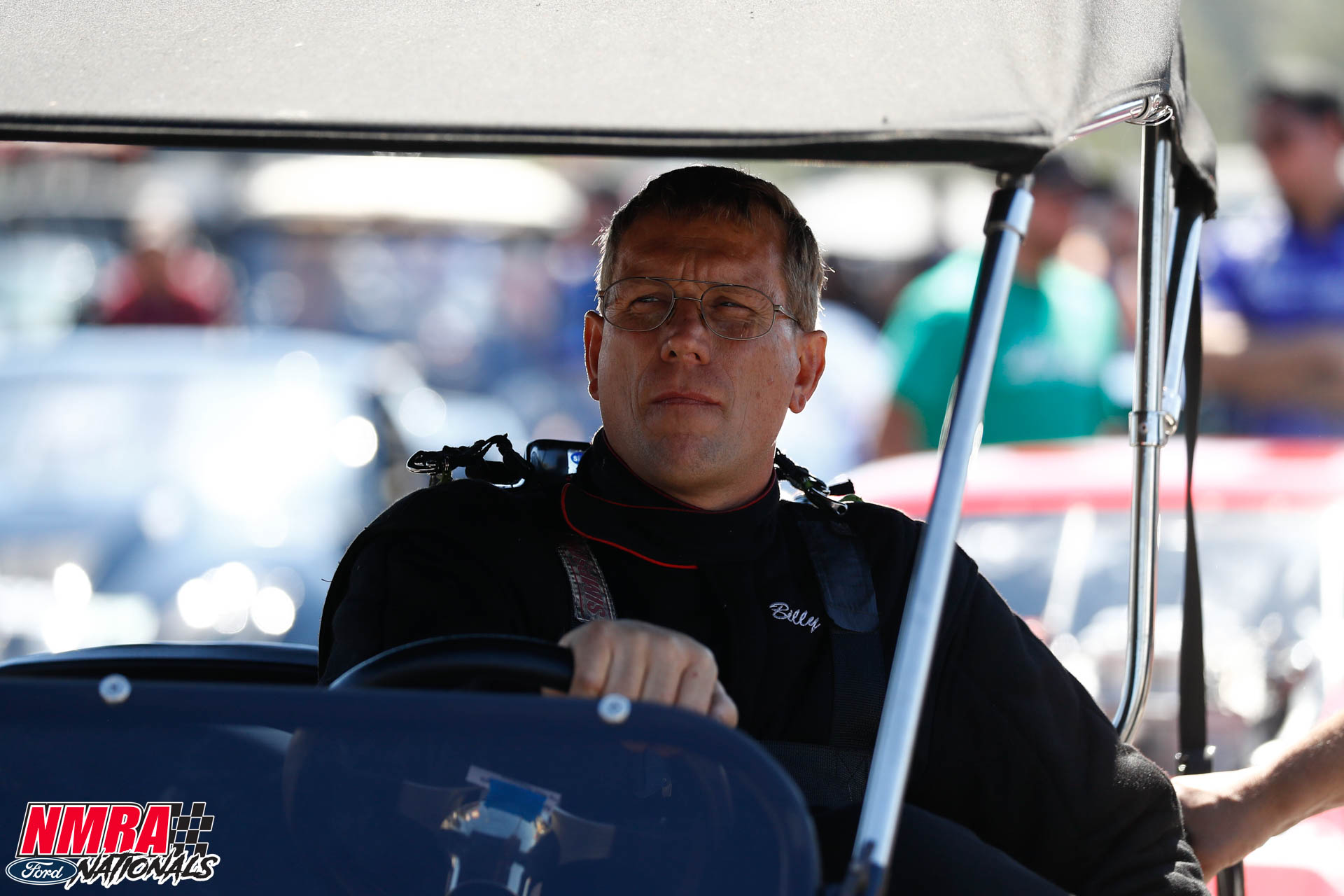 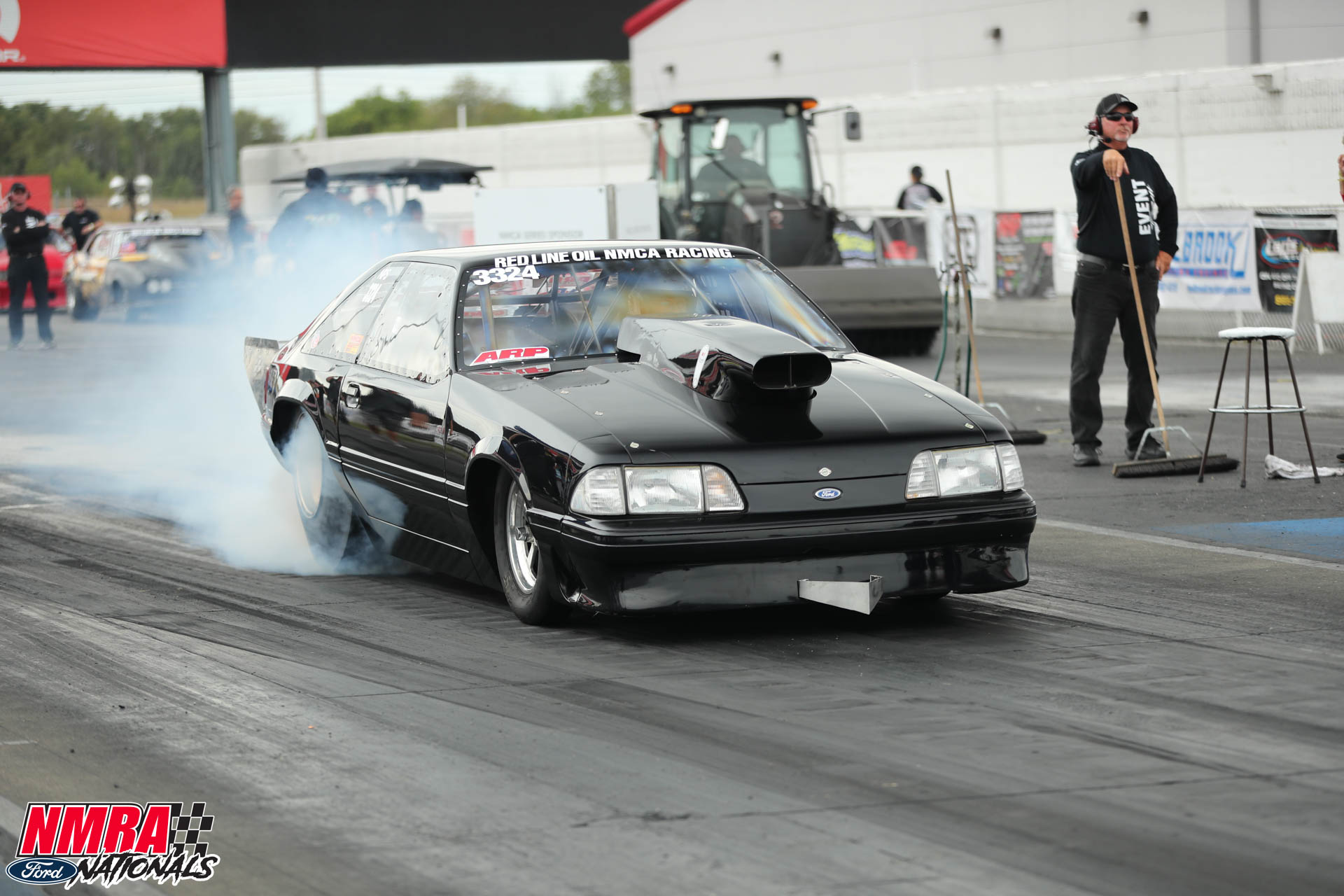 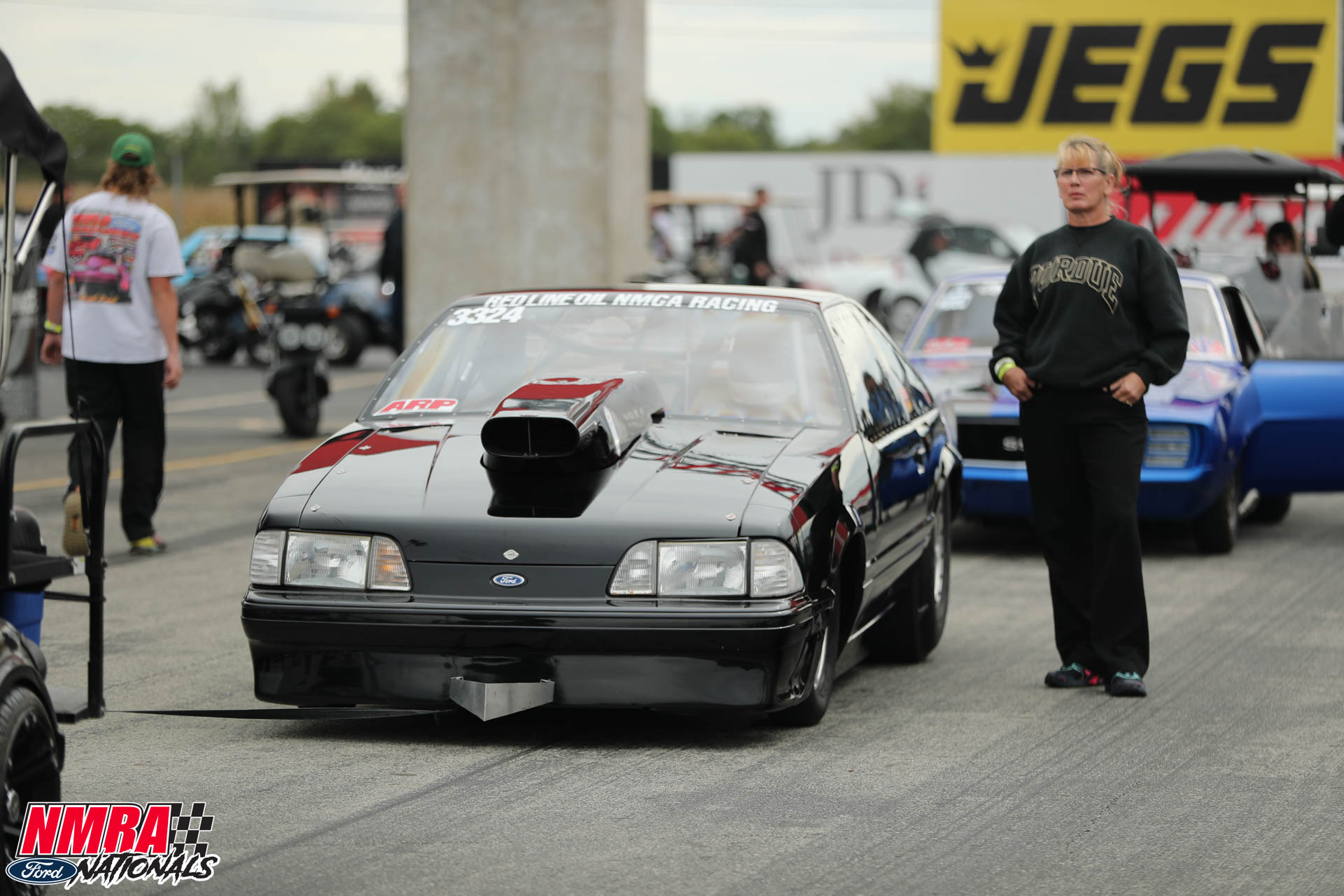 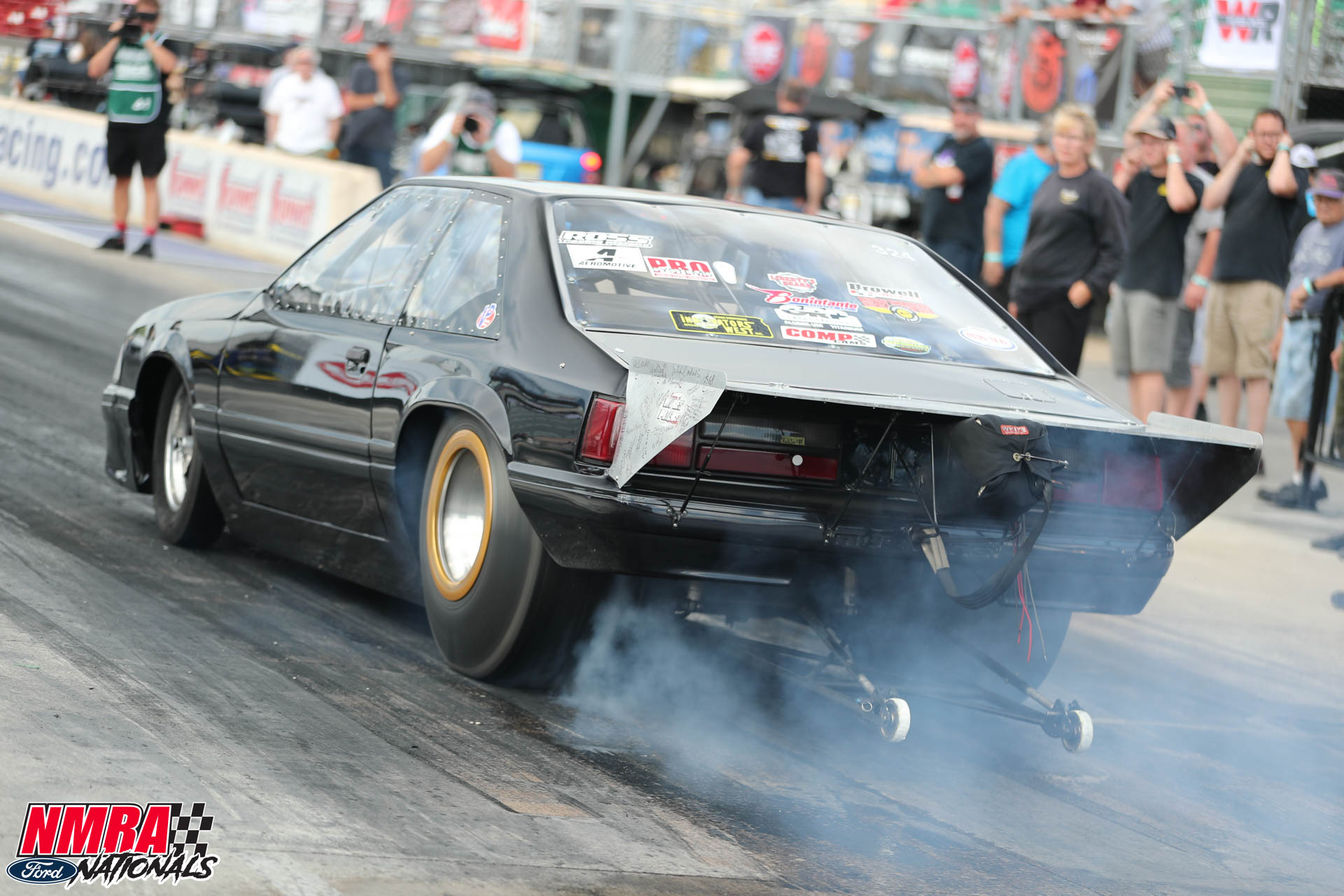 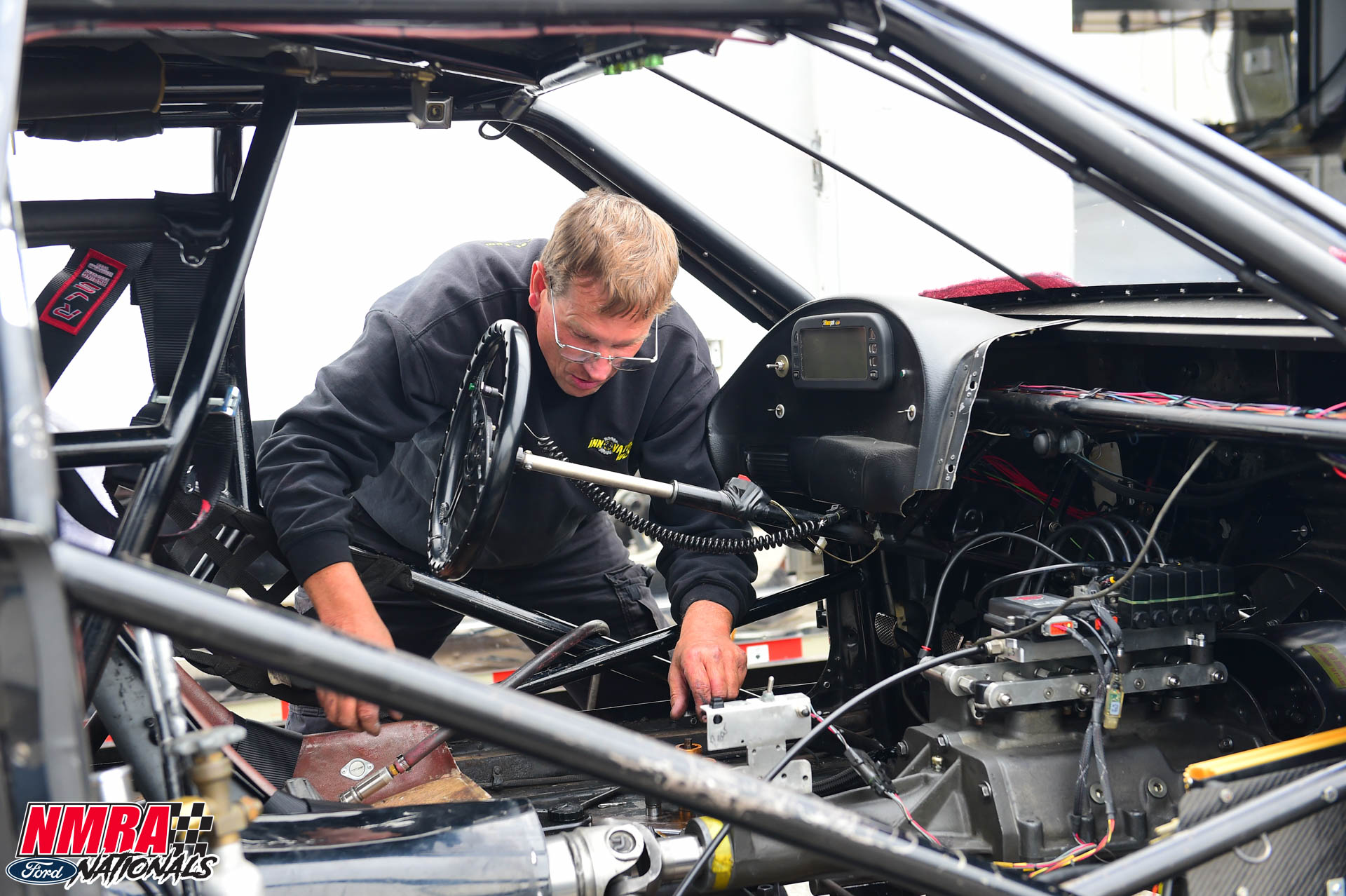 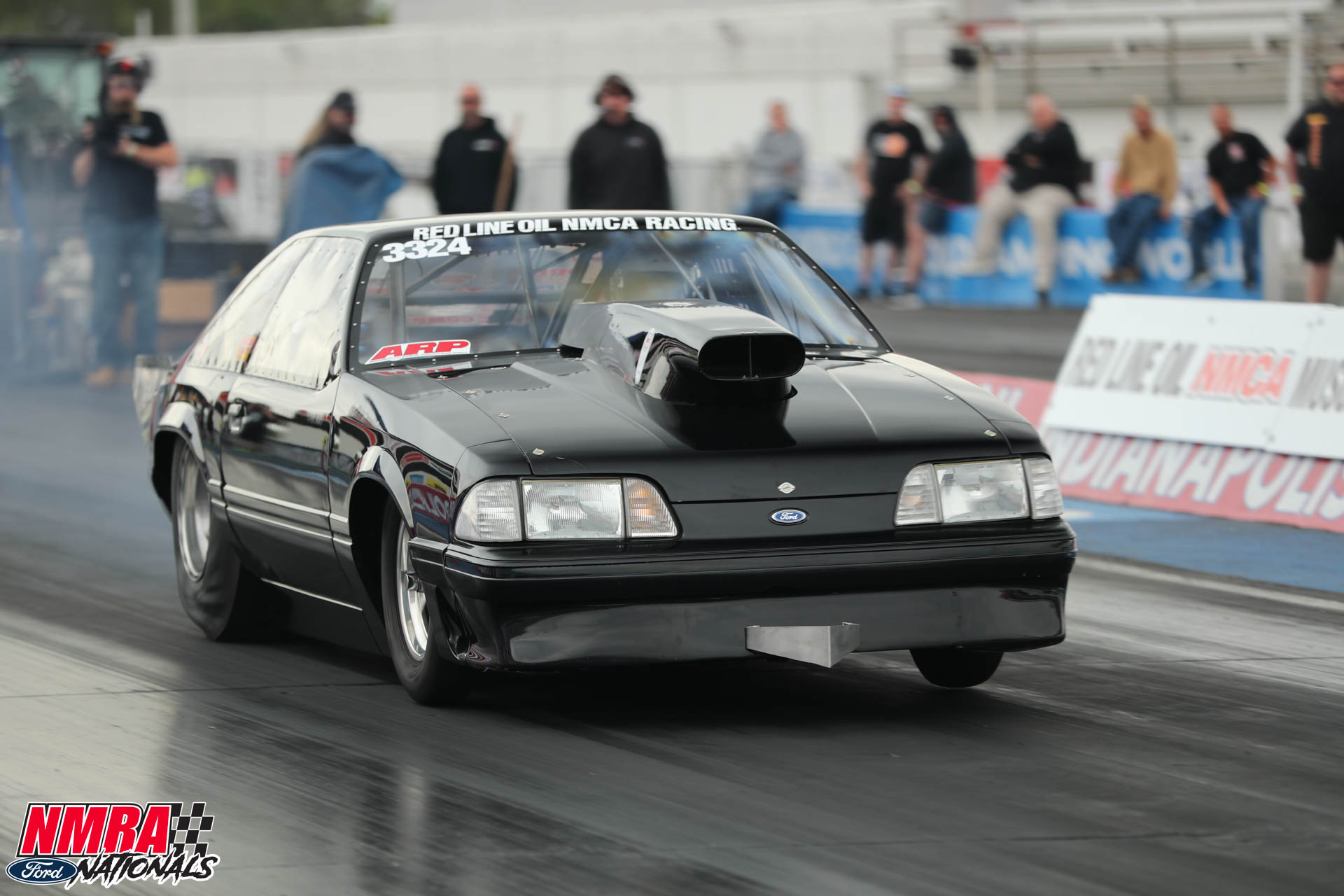 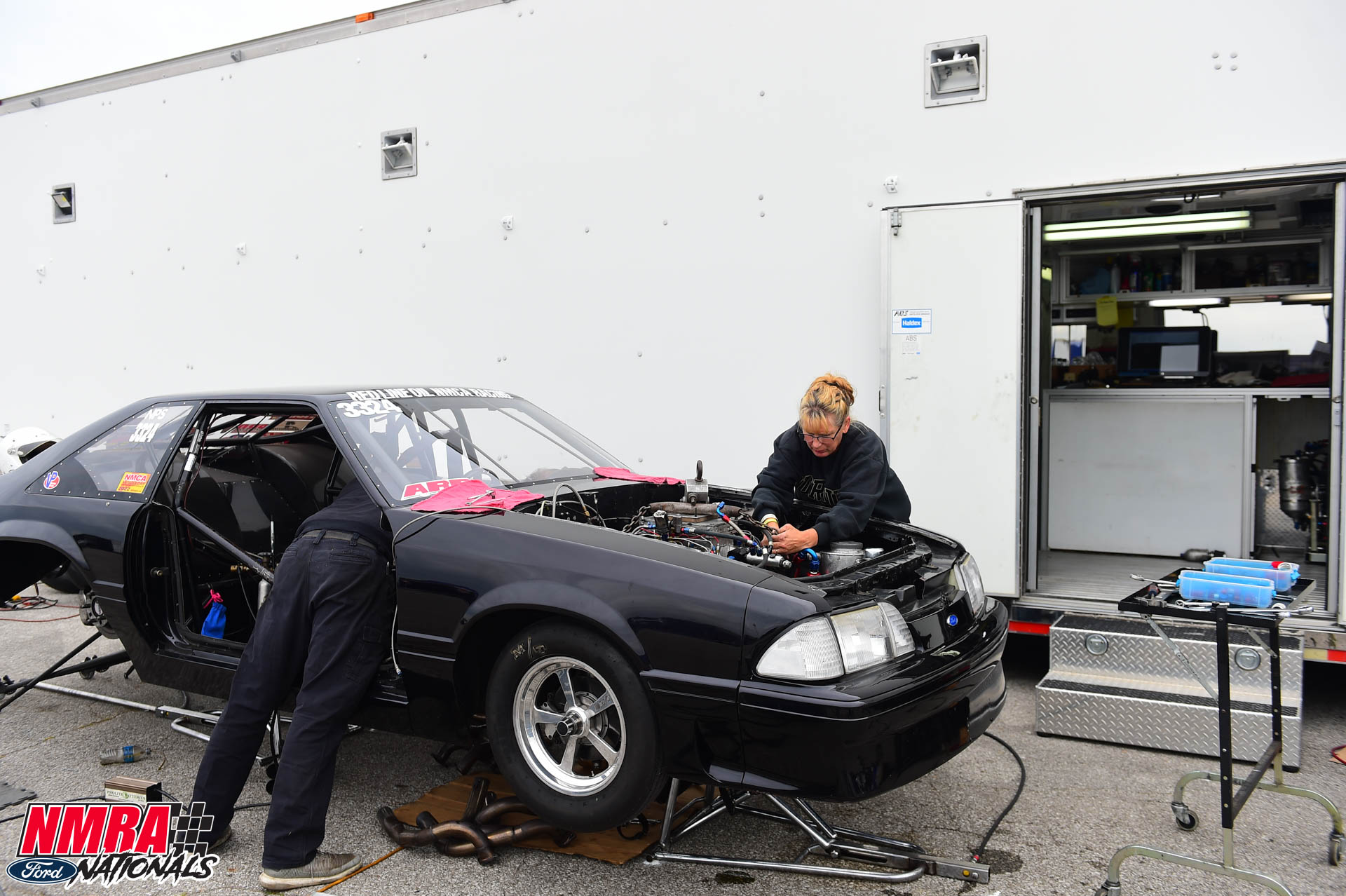 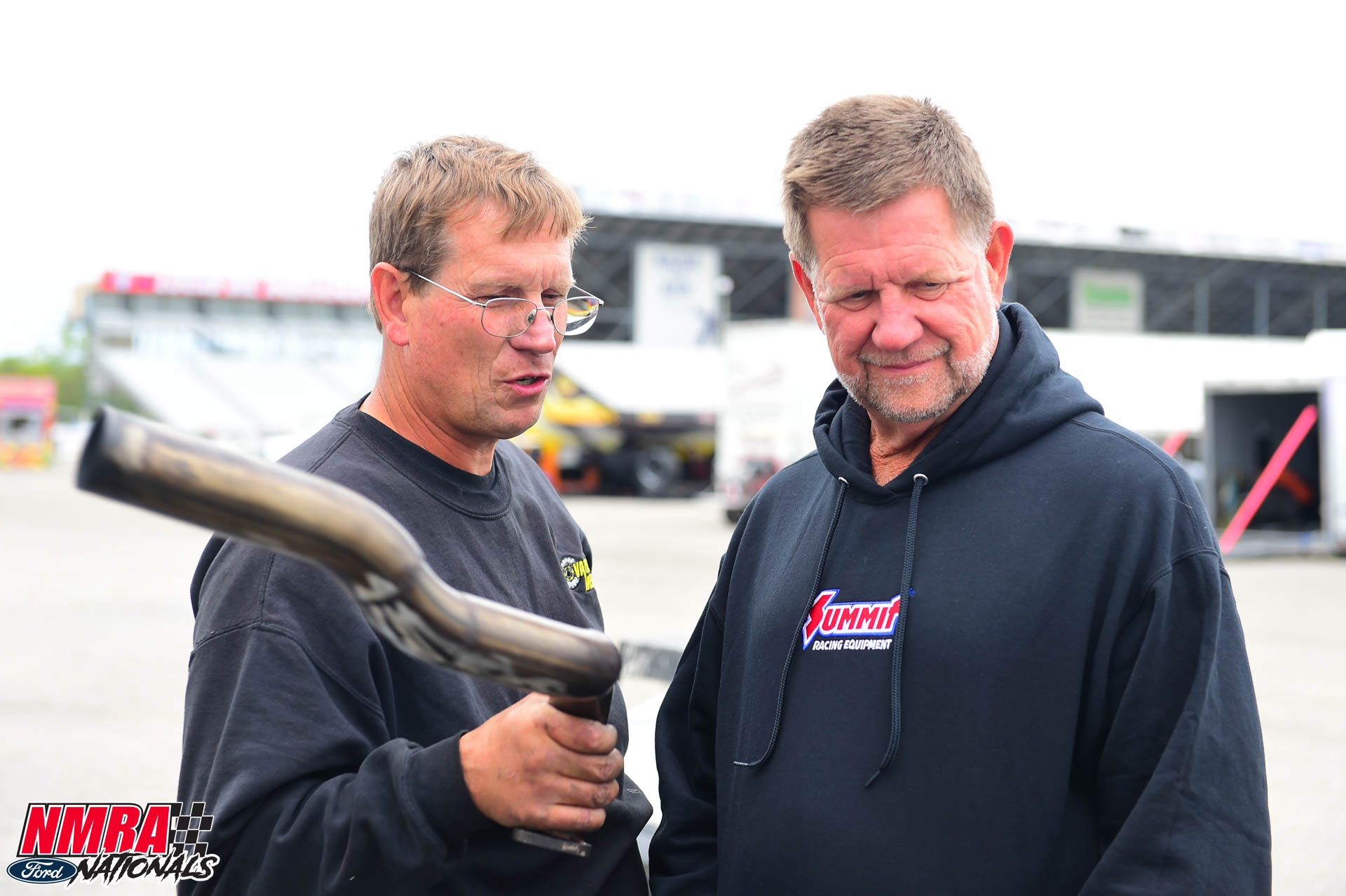 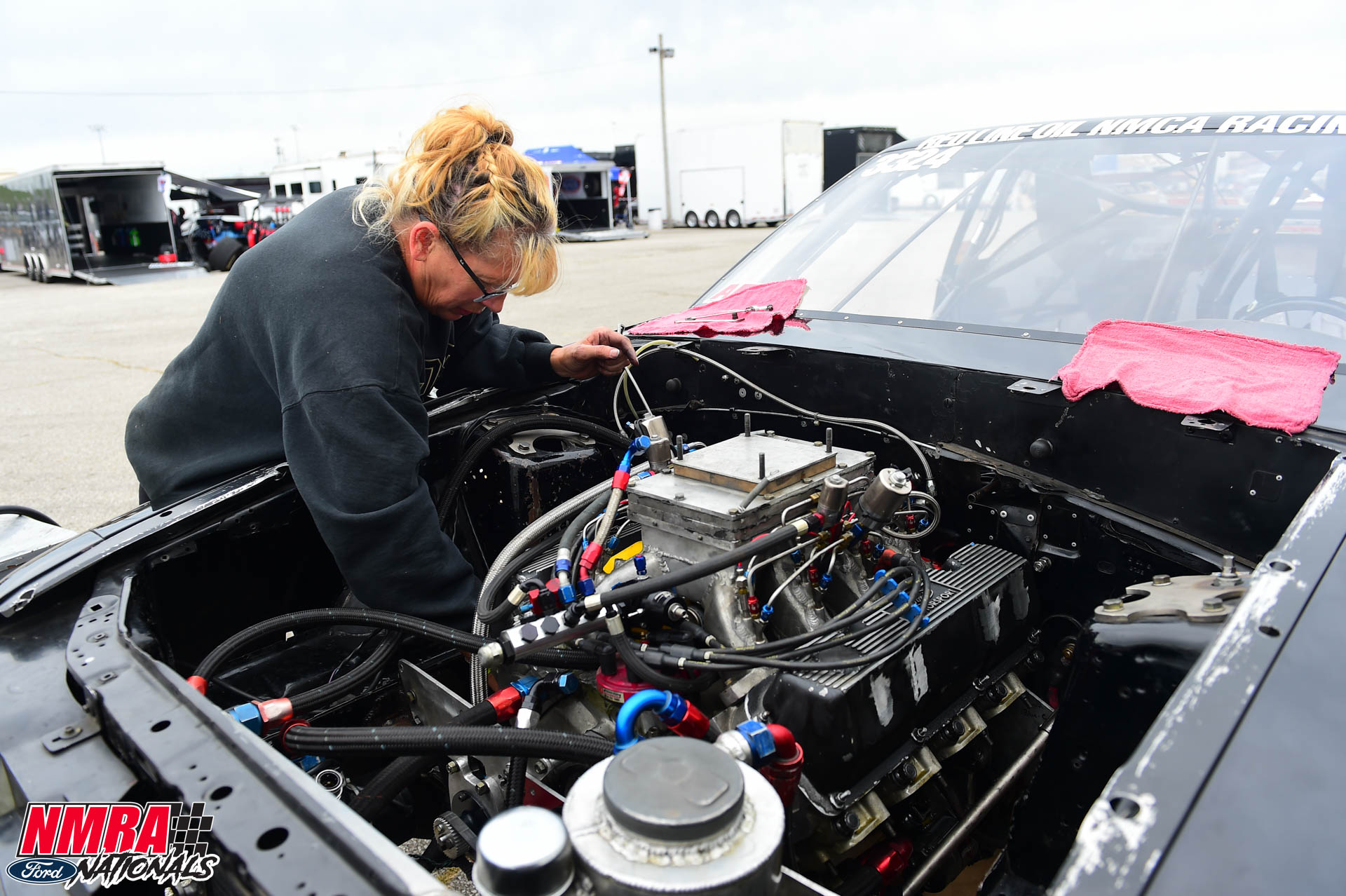 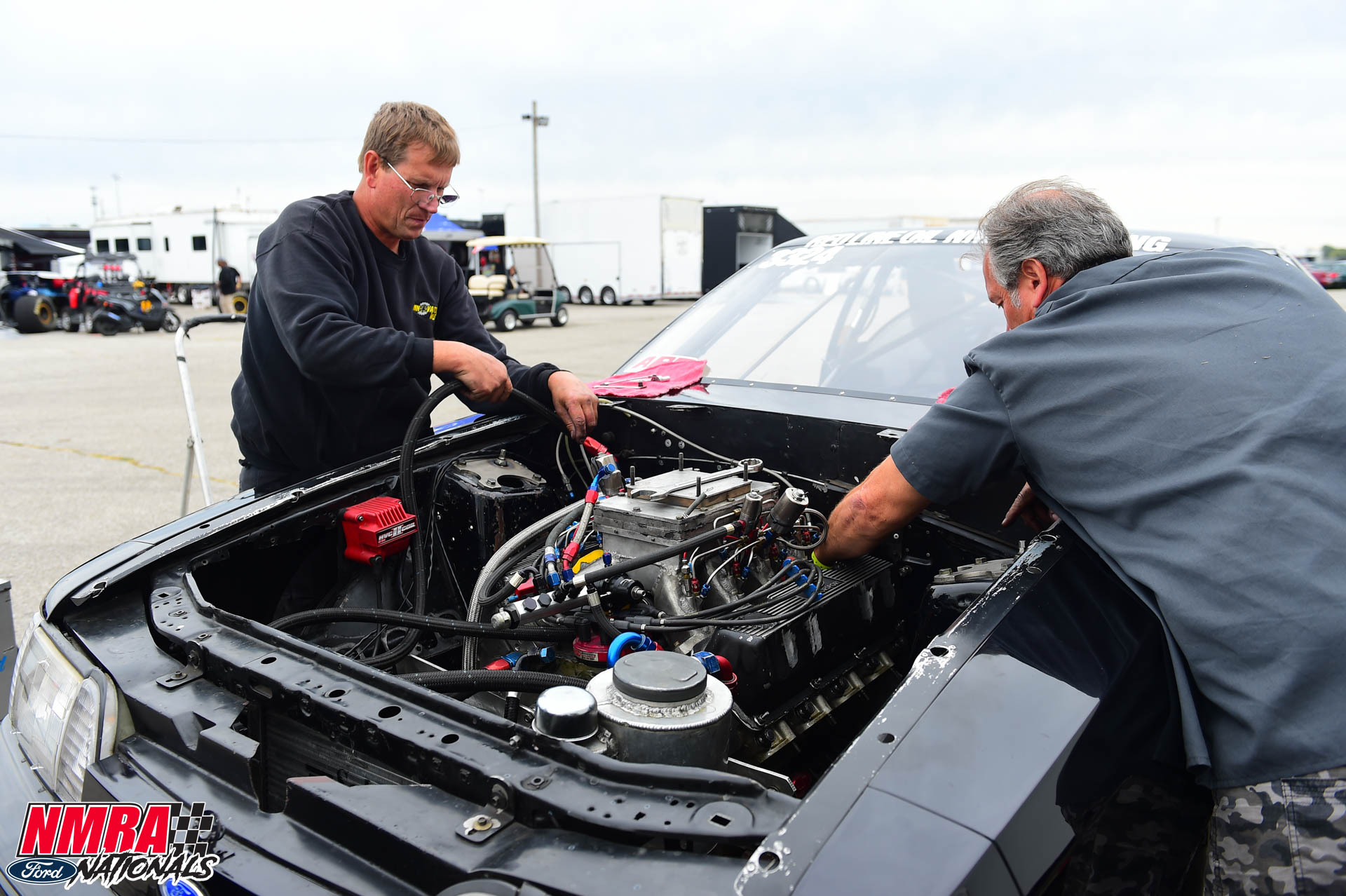 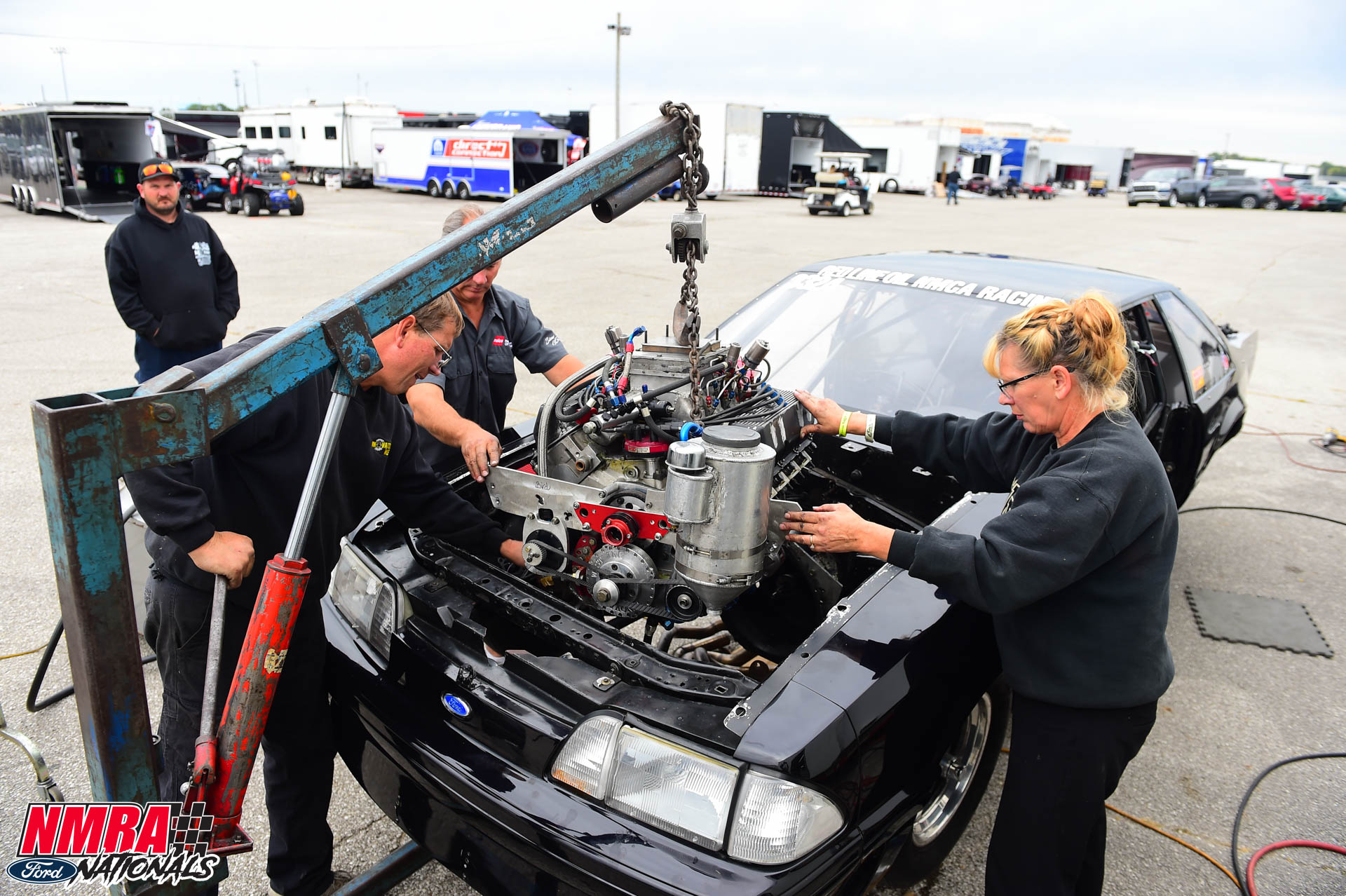 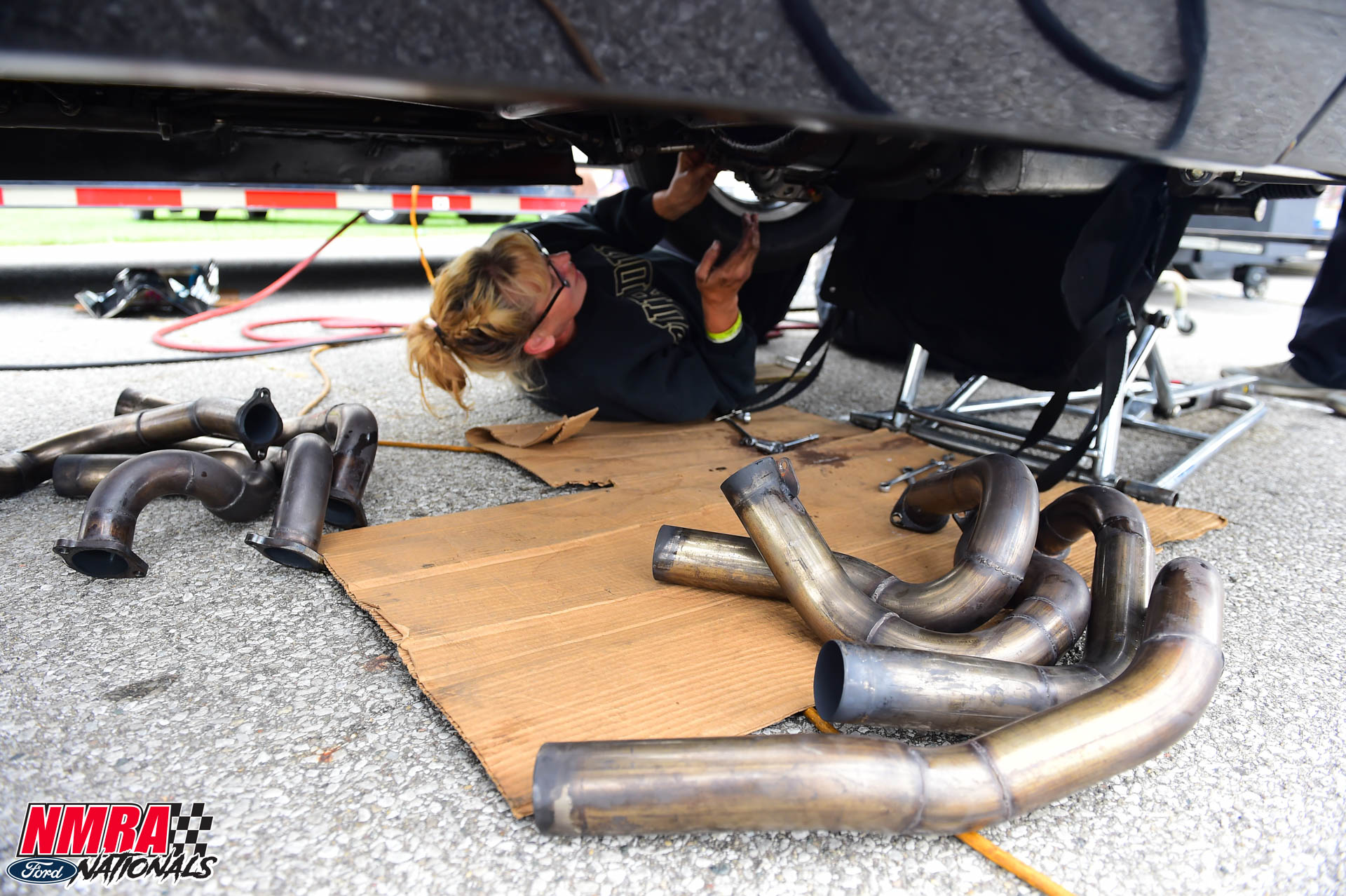 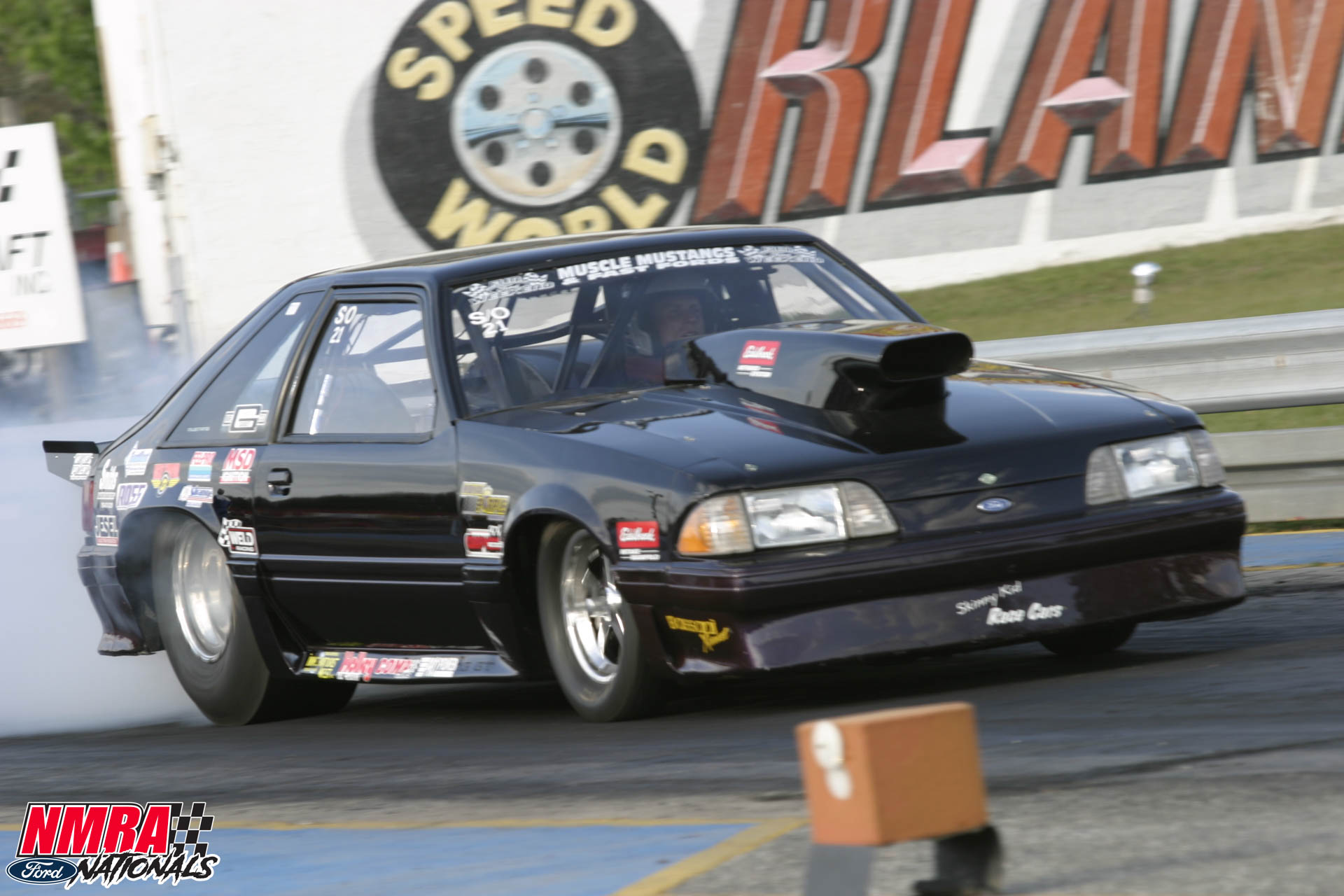 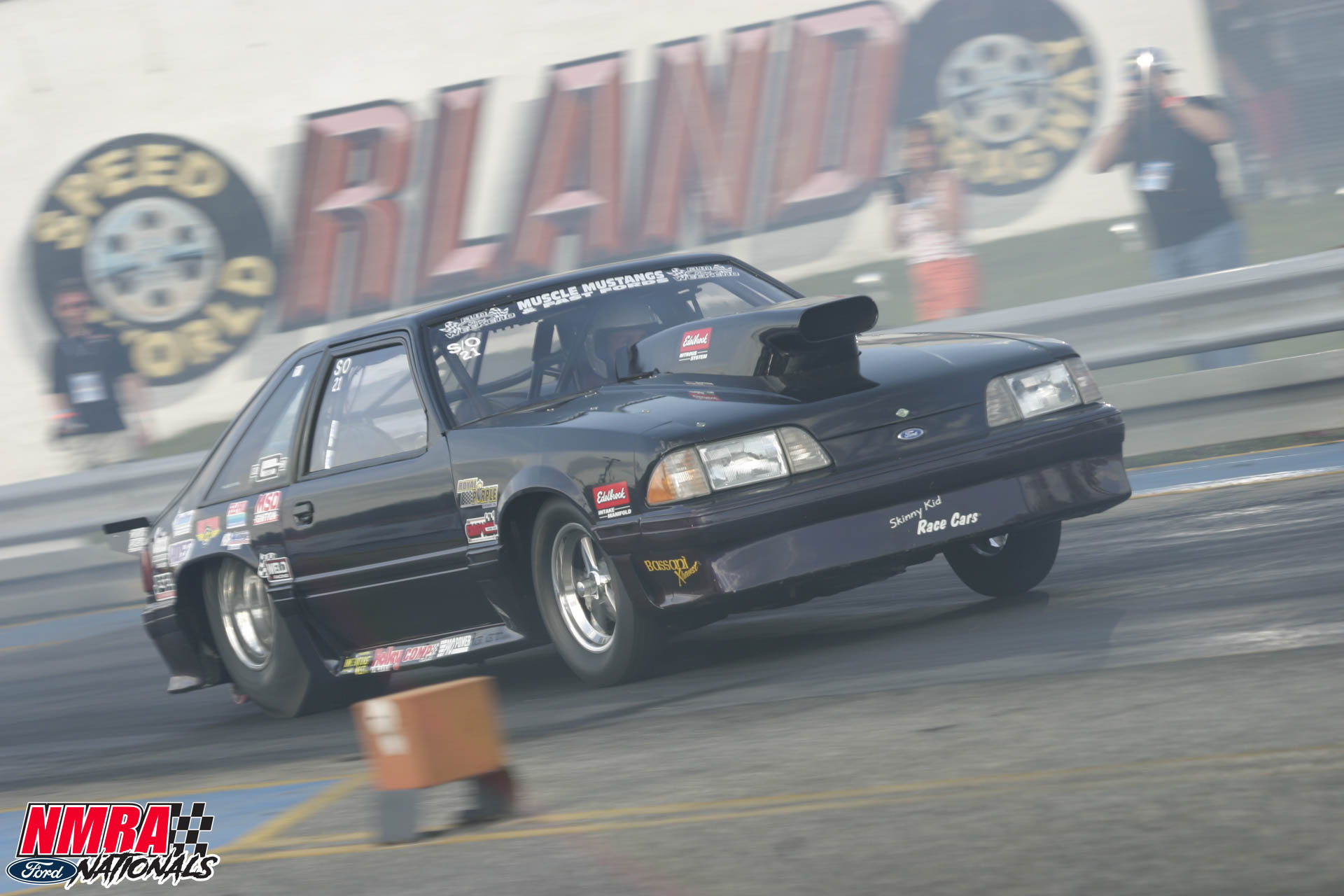 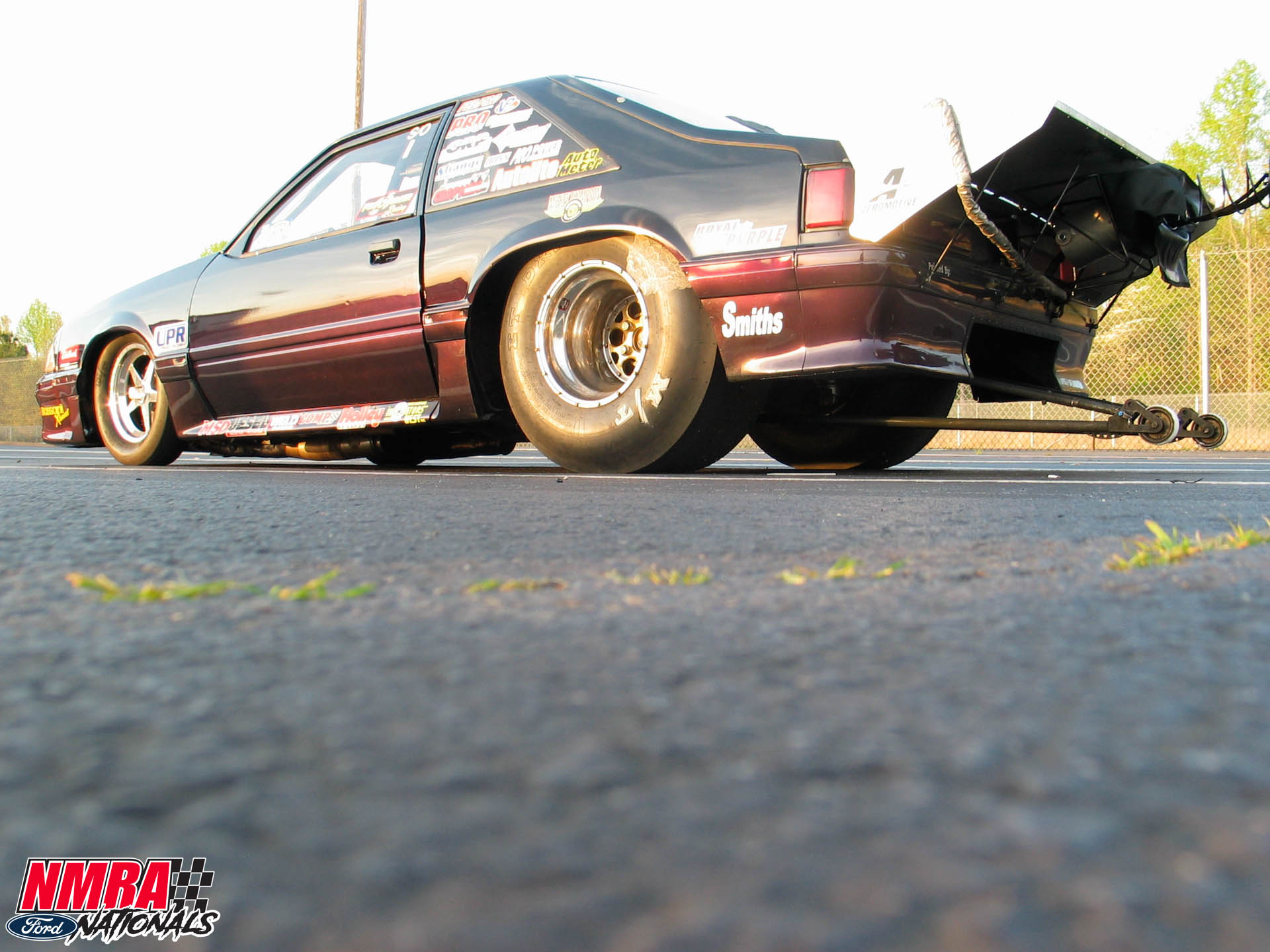 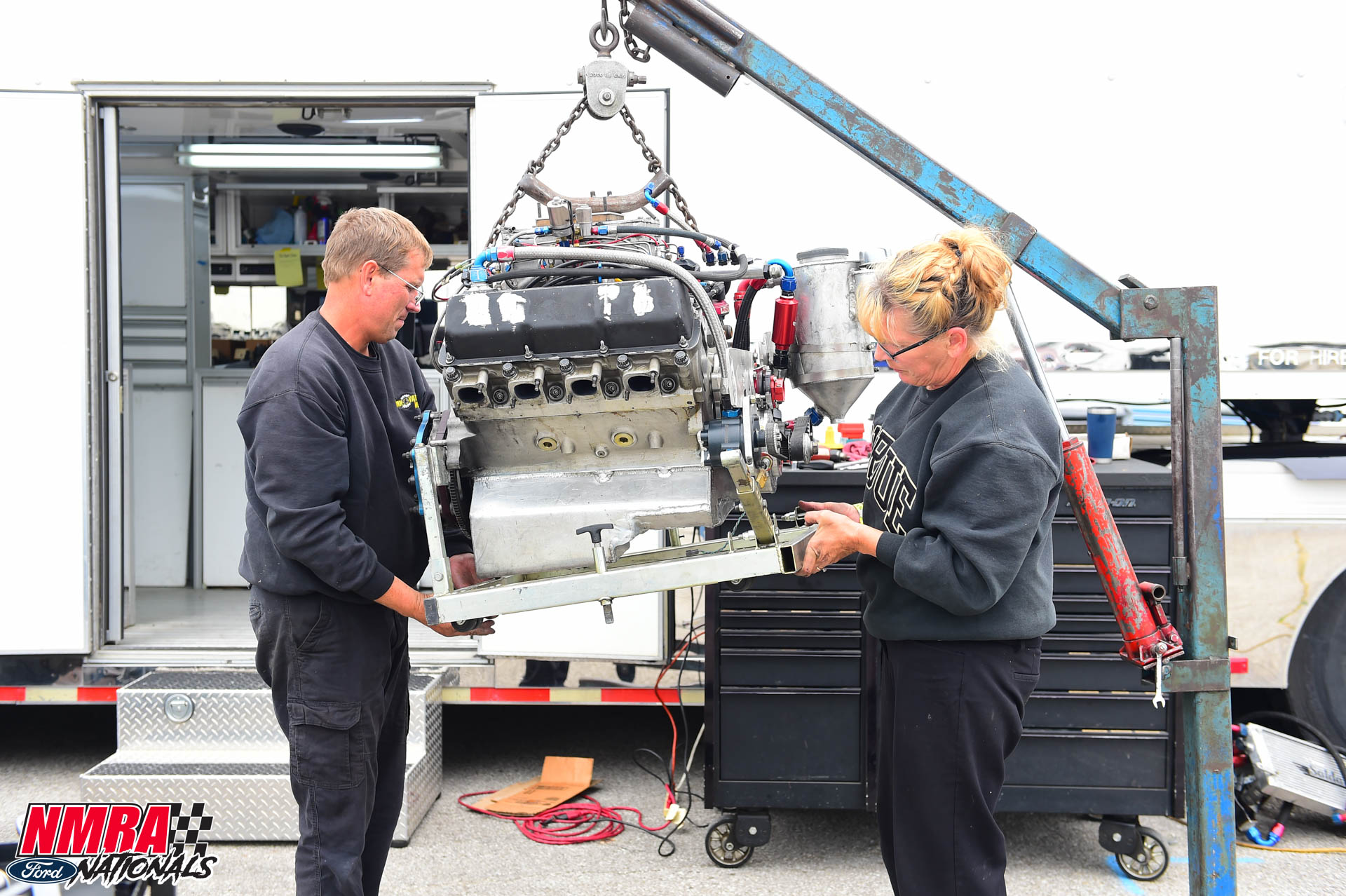 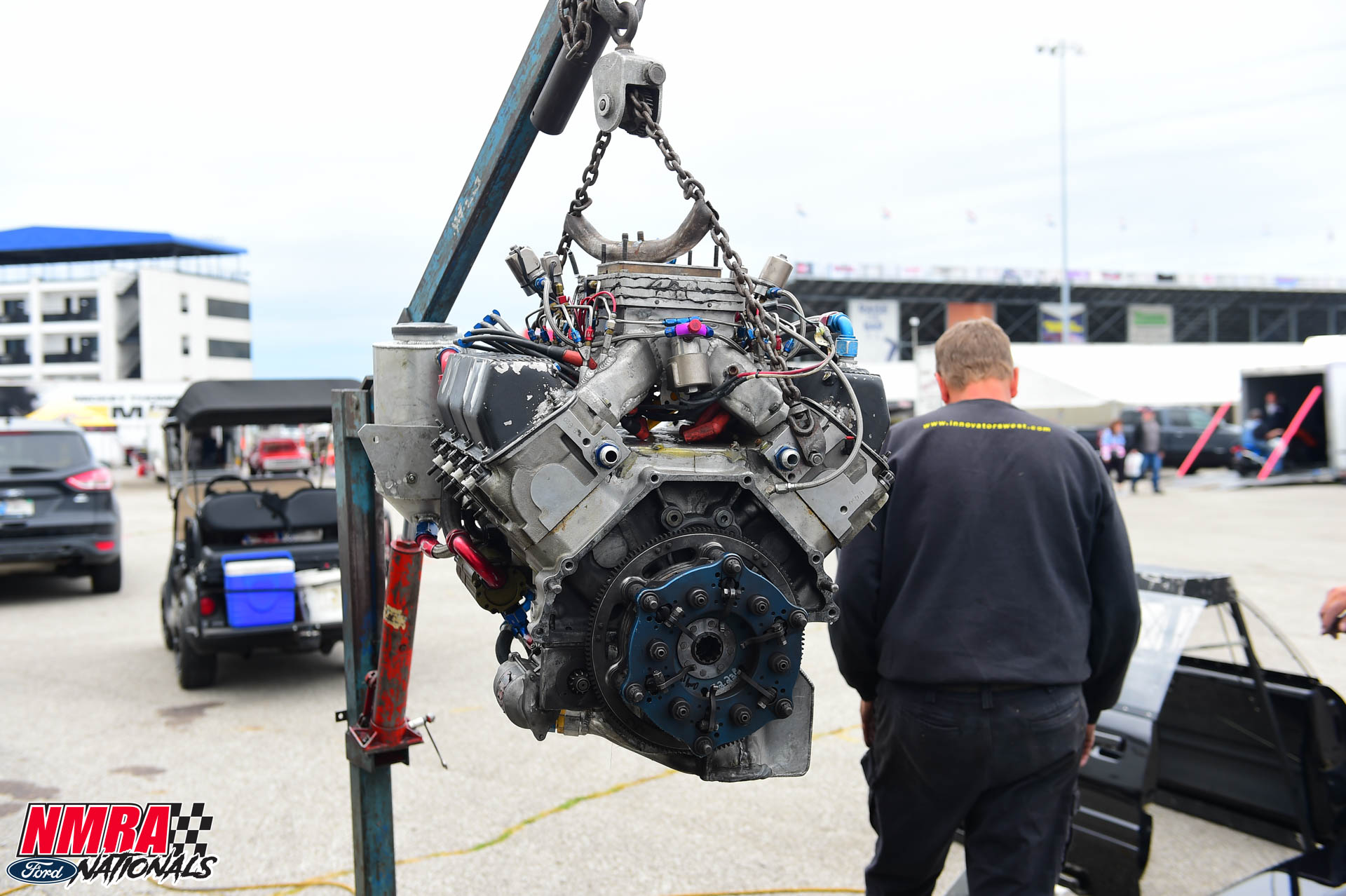 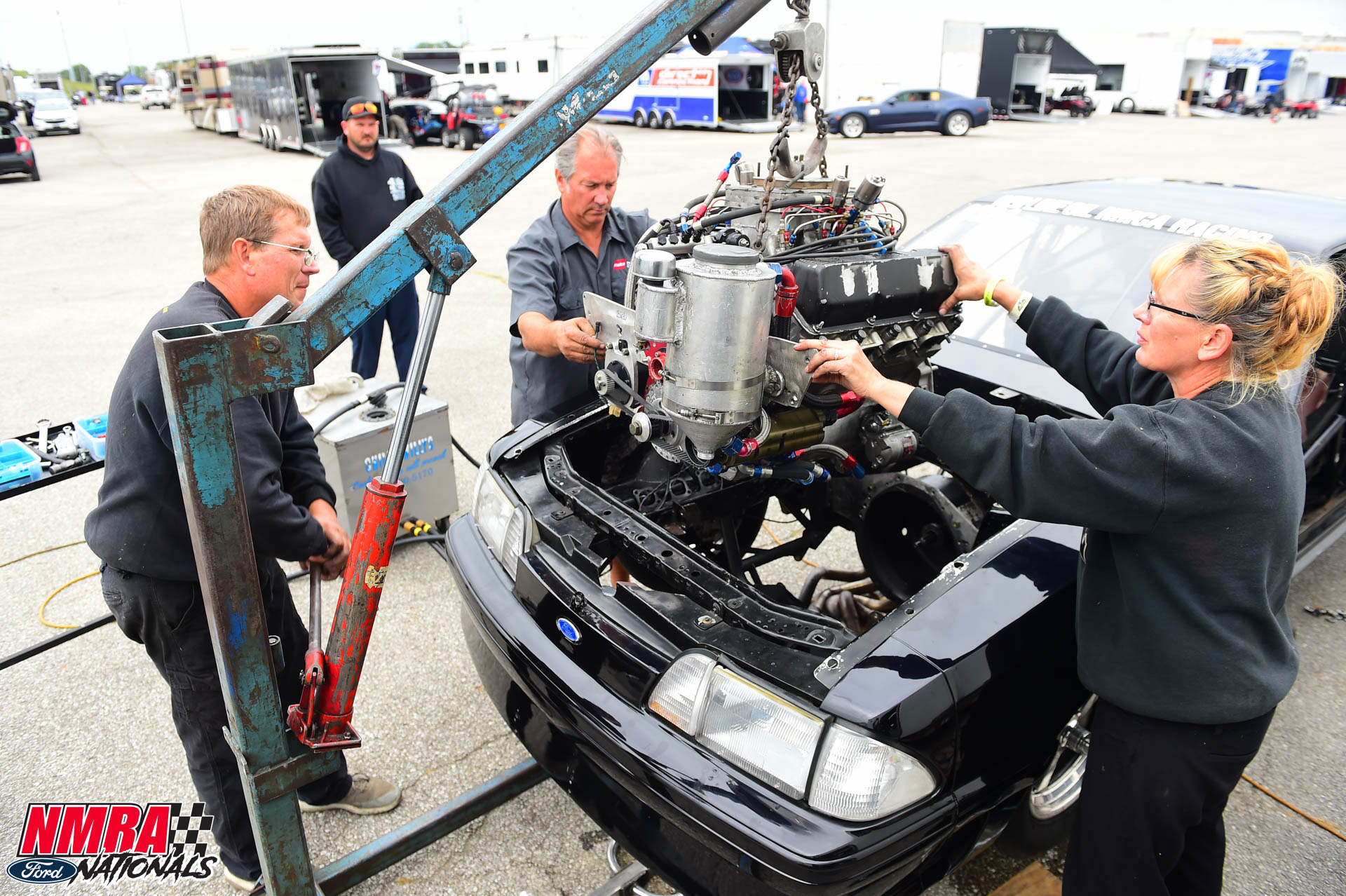