By Mary Lendzion Bill Skillman is a fierce frontrunner in Holley EFI Factory Super Cars. He earned championships in the incredibly challenging category in 2019 and 2020, and he was focused on earning another one in 2021 in his Mustang Cobra Jet powered by a 327 cubic-inch Coyote engine massaged by Holbrook Racing Engines, topped with a Whipple supercharger and backed by a Coan Turbo 400 transmission. He was off to a good start by qualifying in the second spot with a 7.59 and going to the NMCA Winners Circle with a 7.56 at the Whipple Superchargers NMCA Muscle Car Mayhem presented by Holbrook Racing Engines in March at Bradenton Motorsports Park in Florida. That weekend, he also set the categorys elapsed time record with a 7.560, and that record still stands. While Skillman didnt get a clean qualifying pass at the Scoggin Dickey Parts Center NMRA/NMCA All-Star Nationals presented by MAHLE Motorsport in April at Atlanta Dragway, he laid down 7.70s on his way to the final round of eliminations, where he finished as the runner-up after his car rolled through the beams as a result of low brake pressure. The driver from Indiana went on to set the pace in qualifying with a 7.61 at the NMRA/NMCA Super Bowl of Street-Legal Drag Racing presented by HPJ Performance in May at World Wide Technology Raceway in Illinois, and finished as the runner-up with 7.80 in the rain-delayed final round of eliminations. â€œThe competition has definitely stepped up, and Watson, Libersher, Carter, Betz, Gardener, Chaisson and the other drivers are all really competitive,â€ said Skillman. â€œTheir cars are running really well.â€ 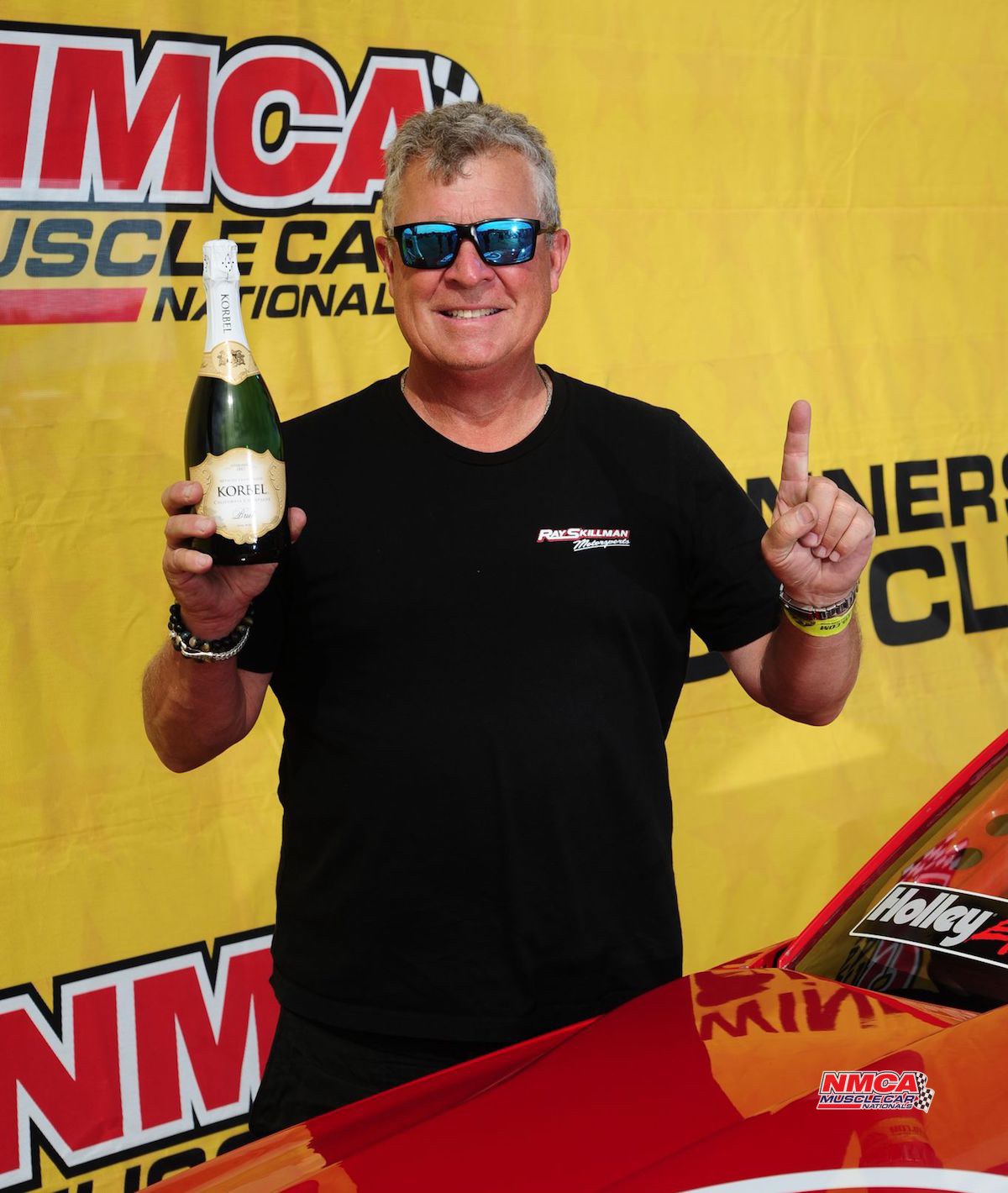 Skillman qualified in the second spot with a 7.77 and won with a 7.77 at the Inaugural Arrington Performance NMRA/NMCA Power Festival presented by Force Engineering in July at U.S. 131 Motorsports Park in Michigan, and then qualified in the second spot with yet another 7.77, but had an issue which caused his car to roll through the beams in the semifinal round of eliminations at the NMCA All-American Nationals in August at Summit Motorsports Park in Ohio. â€œWe had our share of struggles in 2021,â€ said Skillman. â€œSome were related to our set-up, while others were mechanical or from doing a wheelie or overpowering the track. We just had to push through.â€ Skillman proceeded to qualify in the fourth spot with a 7.77 and exited in the second round of eliminations after an issue at the 20th Annual NMCA World Street Finals presented by Chevrolet Performance in September at Lucas Oil Raceway in Indiana, and despite the trouble, he was successful in securing his third Holley EFI Factory Super Cars championship in a row. â€œWithout my team, theres no way I could have earned this championship,â€ said Skillman, whose father, Ray Skillman, and son, Drew Skillman, also race. â€œId like to thank Tomi Laine, Dave Yediny, Joey Gwin and Wayne â€œTurboâ€ Hasenmayer, as well my father, who started the Ray Skillman Auto Group, and my wife, Stacy, for being so supportive. We wouldnt be able to do this without sponsors like Valvoline, Axalta, Indianapolis Car Exchange, Ziebart of Indianaplolis and AAGI.â€ Skillman will be celebrated at the NMCA Muscle Car Nationals Champions Ceremony, held during the PRI Show on Dec. 10 at the Indiana Convention Center in Indianapolis, and in the upcoming Champions Issue of Fastest Street Car Magazine. â€œEarning this championship is very rewarding,â€ said Skillman, who also competed in Coan Engineering Stock/Super Stock Combo in a different Mustang Cobra Jet and finished in third-place in points. â€œIts very satisfying.â€ 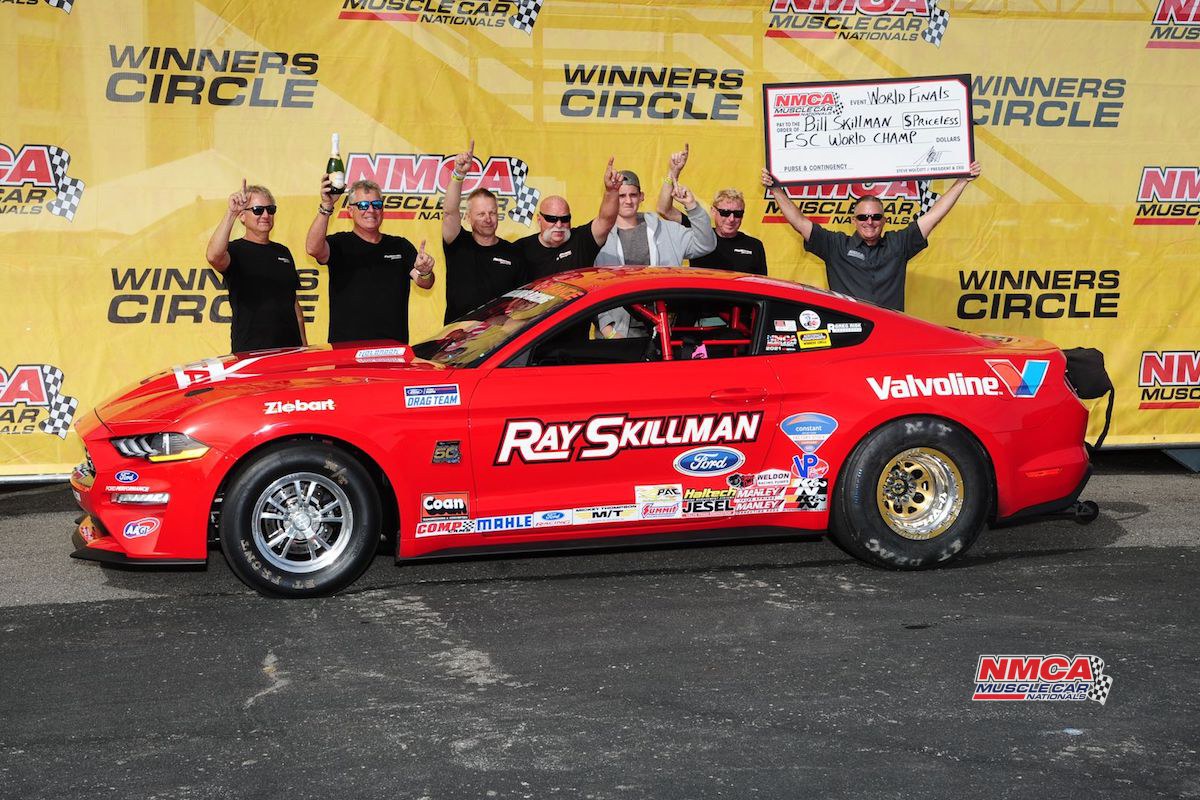