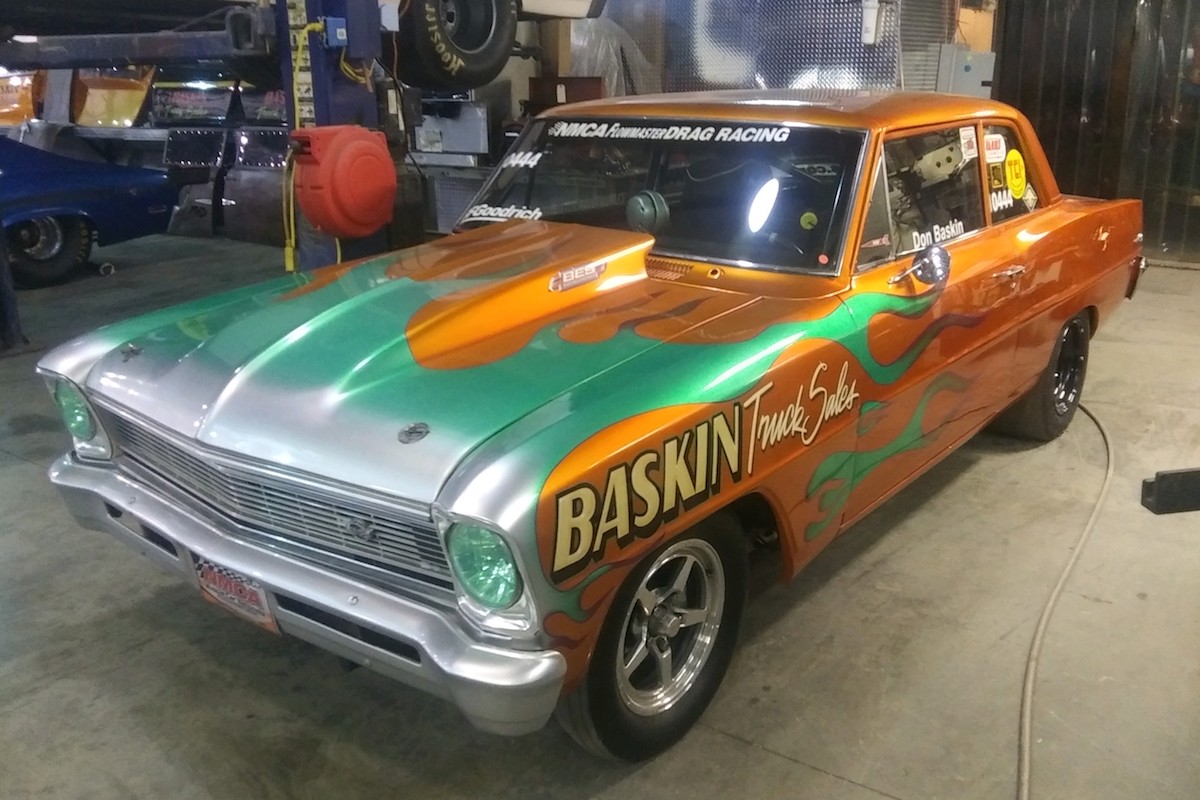 By Mary Lendzion Through the years, Don Baskin has had a fine fleet of race cars, and also through the years, he has had his fair share of success in each of them. One that stands out is the Chevy II that he drove to championships in the NMCA Mean Street category, which was last contested in 2013. While the good-looking orange and green car had been sitting on the sidelines while Baskin focused on racing his GTO in NMCA ARP Nitrous Pro Street and his Cobalt in NMCA Dart NA 10.5 presented by Diamond Pistons, among other cars, he has removed its cover and readied it for a return to racing. I haven't raced the car in several years, but I loved it, missed it and wanted to race it again, said Baskin, whose son, Skip, also held his own in the car. The car felt good and ran good back then, and it was time to get it back out. After deciding that he wanted to try for the first time NMCA and Chevrolet Performance Challenge Series Chevrolet Performance Stock presented by Scoggin-Dickey Parts Center, he purchased a sealed DR525 engine from Scoggin-Dickey Parts Center, and paired it with the Turbo 400 and converter that had been in his car when it had a small-block Chevrolet engine by BES Racing Engines and was clocking high 9s. [gallery columns="2" size="full" ids="17044,17047"] And after combing through the chassis to be sure that it was as solid as it had always been, he took part in a couple of test sessions. We made about ten passes, and we were happy, but we knew we still had some things to sort out, said Baskin. Upon returning home to Tennessee, Baskin sought invaluable input from Rodney Massengale and his team at RPM Transmissions, and then purchased from them the recommended Turbo 400 and converter to back up his new engine. The Turbo 400 we tested with had a 225 low gear, and the new Turbo 400 has a 275 low gear, and we haven't tested it yet, but it should make the car faster, said Baskin, who is well-aware that the current records in NMCA Chevrolet Performance Stock presented by Scoggin-Dickey Parts Center are the 10.03 held by Ronnie Hackelton and the 131.16 mph held by Jeff Heintz. In addition to loading his Chevy II into the trailer for the Scoggin-Dickey Parts Center NMRA/NMCA Power Festival presented by HPJ Performance, May 28-31, at World Wide Technology Raceway in Madison, Illinois, Baskin will be loading his Cobalt for Dart NA 10.5 presented by Diamond Pistons competition, and possibly his just-built 2020 Jerry Haas Race Cars-built Camaro for ARP Nitrous Pro Street competition. Good Lord, I am ready to run these cars, said Baskin, who has help at the track and at the shop from crew members Jimmy Cochran and Mike Cates. I just can't wait. I've been missing all of my track friends since we haven't been able to race. I've been talking with them on the phone and on the computer, but that is not the same as talking with them and spending time with them at the track. They're like family. 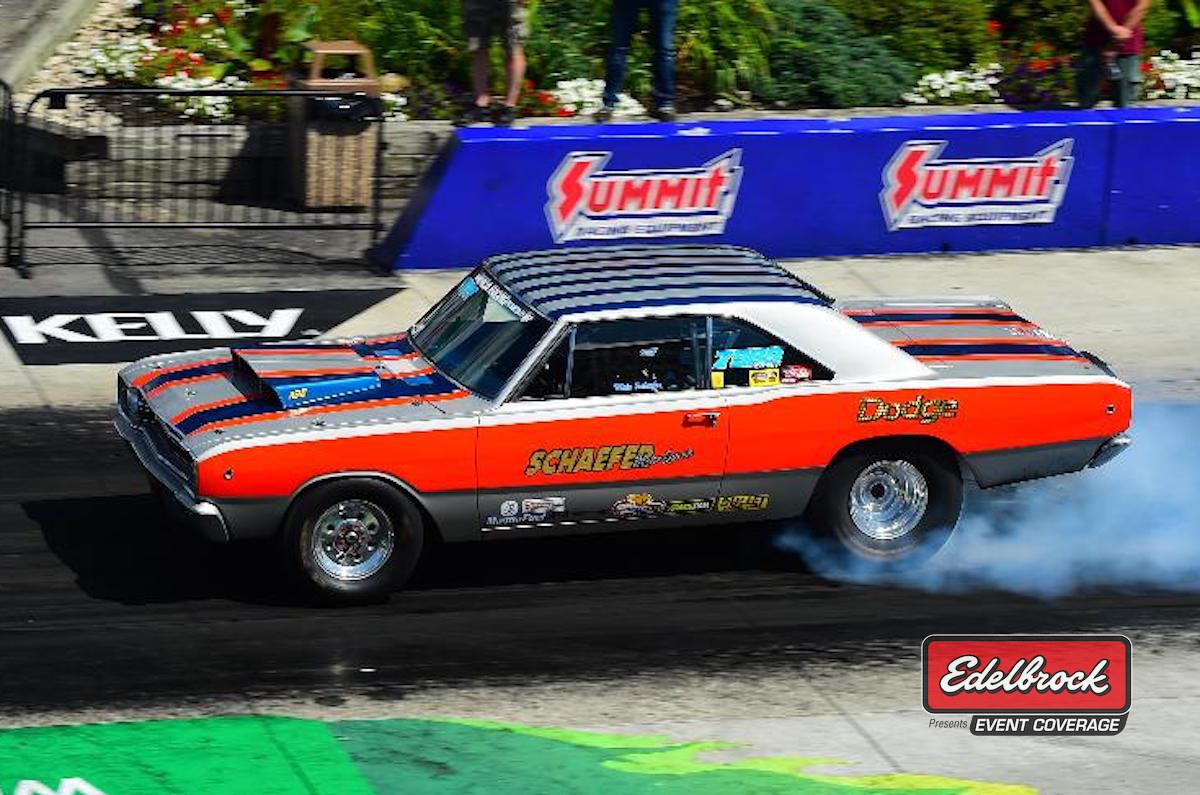