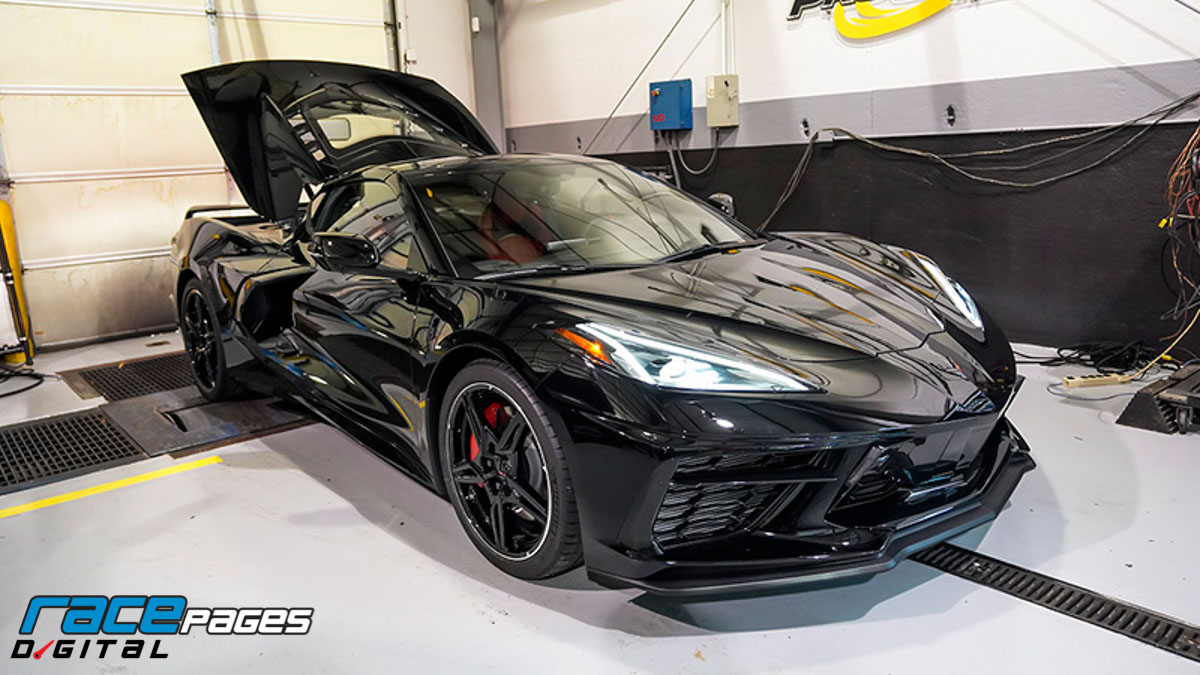 ATI ProCharger will soon have an intercooled supercharger system that adds huge power to the C8 Corvette! Did you know that ProCharger was the first supercharger manufacturer to offer intercooled kits for C7, C6, C5 and early C4 Corvettes Then it should come as no surprise that that we are at the forefront of development on a supercharger kit for the C8! See our latest blog on it here: https://www.procharger.com/blog/2020-corvette-development-underway Following up on ProCharger's industry-leading development of easy-to-install supercharger kits for new cars and trucks, we are currently in the middle of creating a kit for the car that has generated the most buzz in recent years, the 2020 Corvette. This is the first model of Corvette where the engine sits behind the driver, so the kit will be an all-new design but while maintaining ProCharger's level of factory look fit and finish. Research and development are well under way on our black C8 in the Lenexa, KS facility. Planning was initiated last fall for the C8 ProCharger system, followed by 3-D modelling prior to the company's C8 arriving at ProCharger headquarters.

The 6.2L LT2 engine in the C8 makes a little more horsepower than the previous LT1, at 495 hp and 470 lb-ft of torque, both at slightly higher rpm levels. The LT2 is also controlled by GM's new E99 electronic control unit (ECU) that is encrypted and reportedly hard to crack, but our staff of engineers and tuners are figuring it out as we speak. A ProCharger supercharger system bumped the C7's horsepower by 180+ so we're excited to finish our Bad in Black C8 and start tearing up the streets and tracks. Dyno and street testing will begin as soon as possible, followed by track testing at Heartland Park and Sonoma Raceway, near the company's offices in Kansas City and San Francisco. ProCharger consistently delivers industry-leading power gains on the street or track with all of its systems, and we're confident that a ProCharger supercharged C8 Corvette will be a world-beater in terms of performance, efficiency and just plain coolness. About ProCharger The industry's leading aftermarket supercharger manufacturer, for over 25 years, ProCharger has been designing, engineering, and building the most powerful, reliable, and advanced centrifugal superchargers on the market. Along with sister company, Inovair, focusing on aerospace, industrial, and commercial applications, ProCharger is headquartered in Kansas City. With a new regional presence in the San Francisco Bay Area in proximity to Sonoma Raceway, the ProCharger team continues to push the envelope of what is possible both on the street and on the strip. We take great pride in being a fully integrated company manufacturing our products here in the U.S. For more information, visit www.ProCharger.com.
C8 Corvette
,
Corvette
,
ProCharger
,
Supercharger